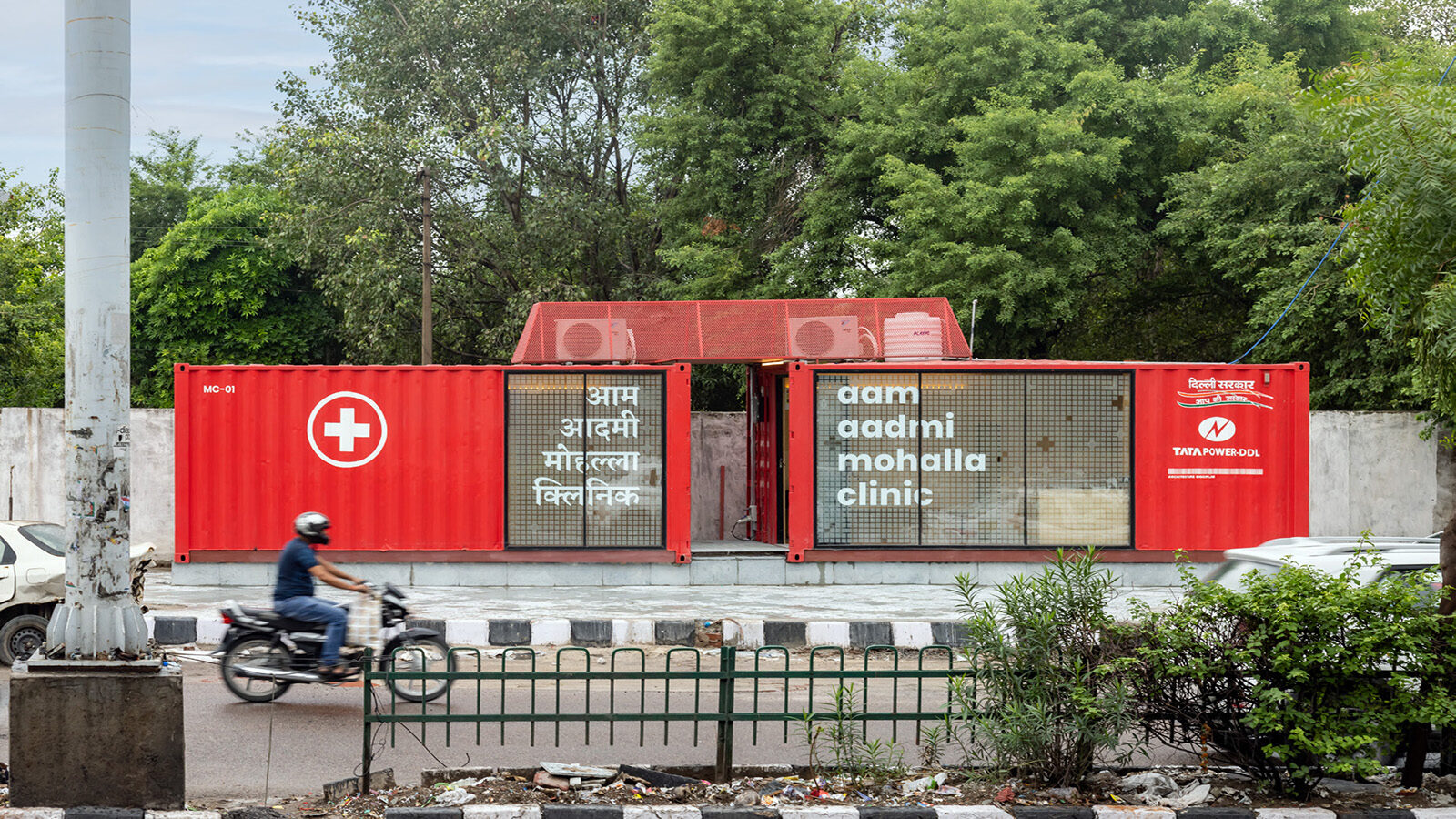 Mobile Medical Clinics that Fit Into Tight Spaces and Budgets

Healthcare design often focuses on how to make care settings feel less institutional, more tranquil and better suited to healing. But what role can design play when the issue at hand isn’t atmosphere but lack of access?

That’s what New Delhi-based Architecture Discipline set out to explore when the pandemic took hold in India, where an already fragmented, underfunded and inaccessible healthcare system was buckling under the weight of skyrocketing COVID-19 case numbers. Led by principal Akshat Bhatt, the firm developed the low-cost, easily installed prefab Life Community Medical Facility (LifeCMF) concept. The proposed building material was upcycled shipping containers: “They’re robust and available at a fairly economical price,” Bhatt explains. “[And], because they’re metal, they could be picked up by a forklift or crane, deployed and redeployed.” 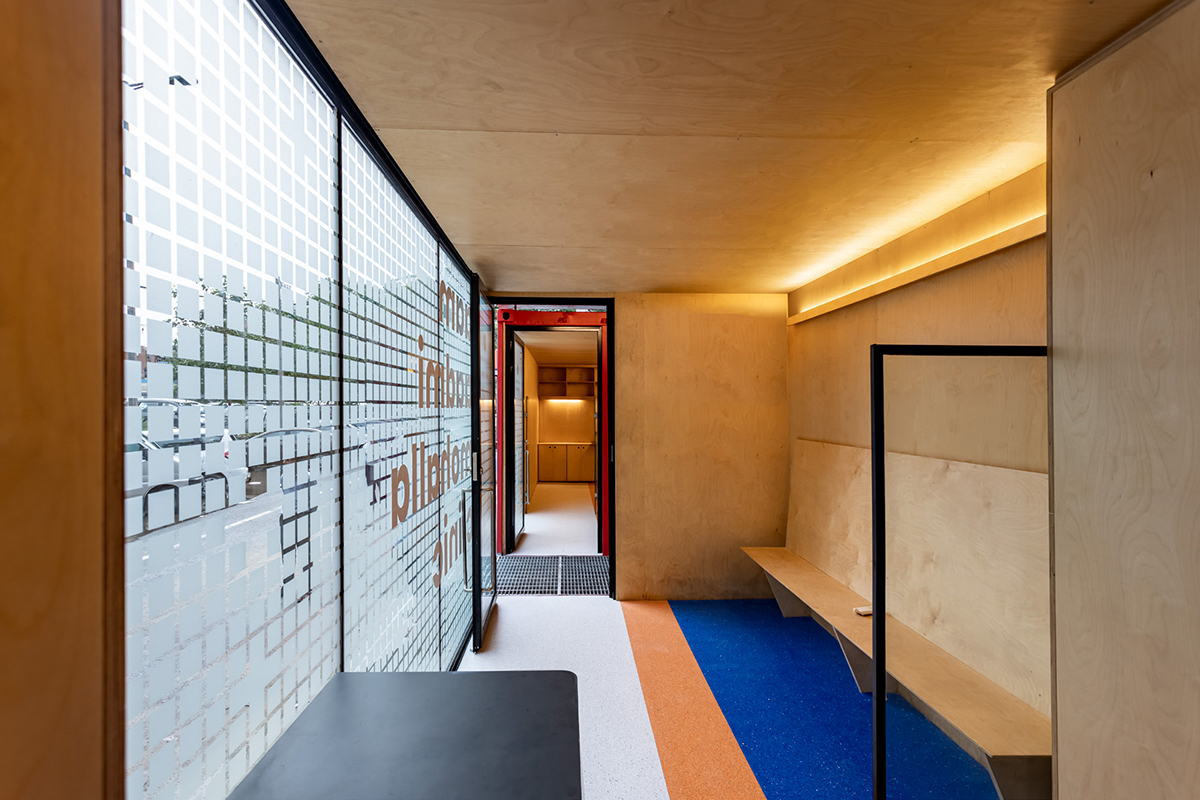 What started as a proposal quickly evolved into a practical solution. The Delhi government was implementing its Mohalla Clinics program, introduced in 2015 to improve access to medical services through neighbourhood-based primary care clinics; Architecture Discipline thought that by employing a scaled-down version of LifeCMF, they could help expedite the rollout in a time of dire need.

“The government was building these clinics out in an ad hoc manner, in a conventional way, where the fit-out would take four to six months. It was wet construction [with] a large footprint,” says Bhatt. His firm approached the government with detailed plans that would reduce a clinic’s footprint by 60 per cent (helping address the lack of space in dense urban areas) and save on costs, and was ultimately approved to build two prototypes. 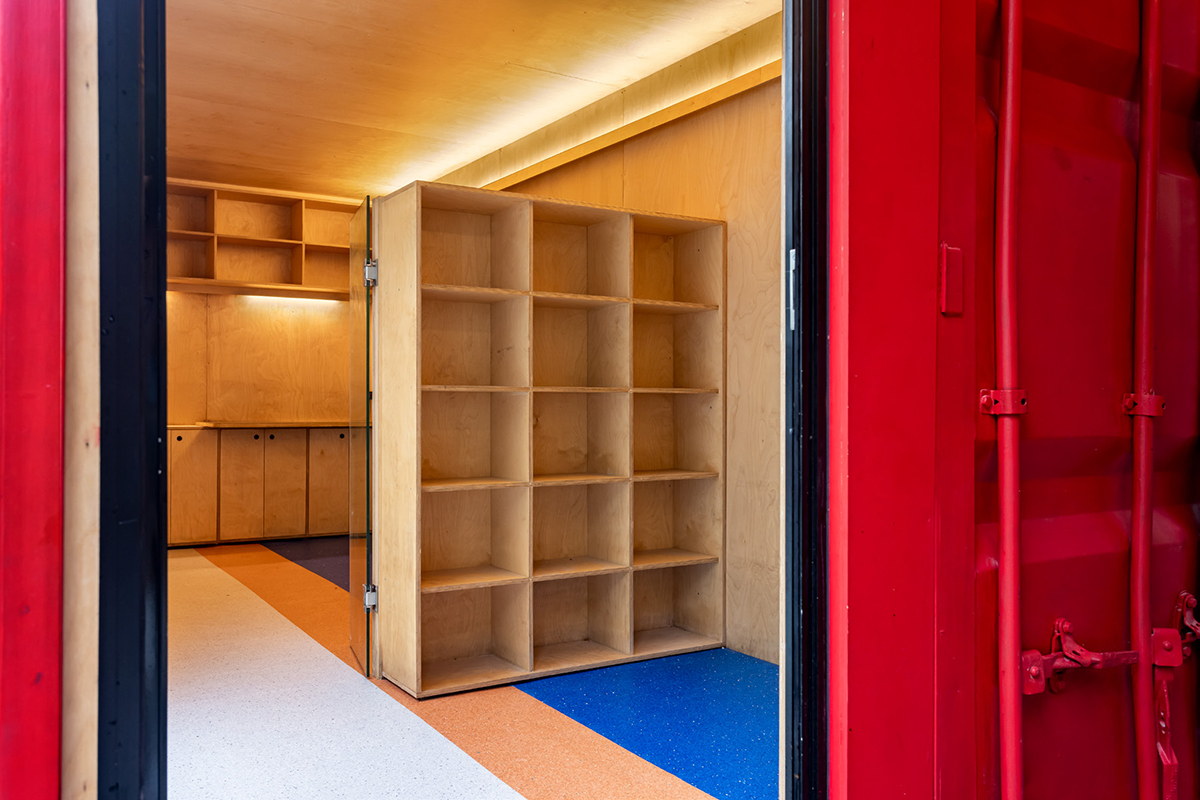 Each clinic is constructed with two six-metre-long salvaged land shipping containers, restored and finished in a bold red. On the street-facing walls, sections of full-height, heat-resistant glazing feature a graphic decal that allows light to pour in while maintaining some privacy. Connected by a breezeway, the two containers form a linear floor plan comprising a reception area, examination room, washroom and pharmacy. Plywood lines the interiors, from the walls to the built-in seating and storage (lit by concealed LED strips), while vibrant pops of blue and orange in the antimicrobial vinyl flooring help enliven the space. 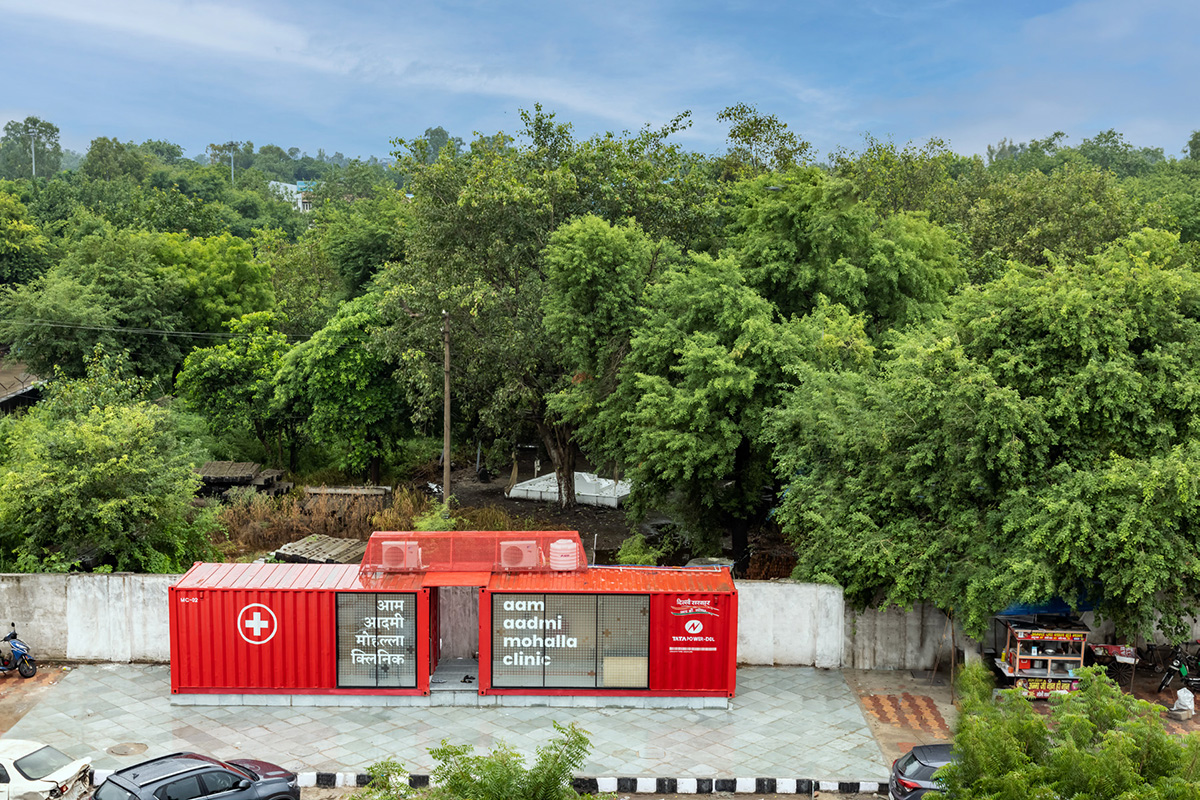 Painted bright red, the mobile medical clinics developed by New Delhi’s Architecture Discipline make an immediate impact. Frosted decals on the windows offer a level of privacy to those inside.

In April 2021, the clinics were deployed in two urban settlements in northwest Delhi. Construction and installation took two months, which included a forced delay of about six weeks during India’s devastating second wave. Since the facilities opened, they’ve become placemakers within their respective settings; Bhatt says he believes the government has been convinced to use prefabricated construction for future initiatives. A tender for 350 additional clinics will be released soon, but Architecture Discipline won’t compete; instead, they’re in discussions to share the plans and release the copyright so that the model can be replicated. Bhatt says the firm’s goal wasn’t to profit but to give back. “We have to design for social impact,” he explains. “We can’t keep designing and conversing in an esoteric manner.”