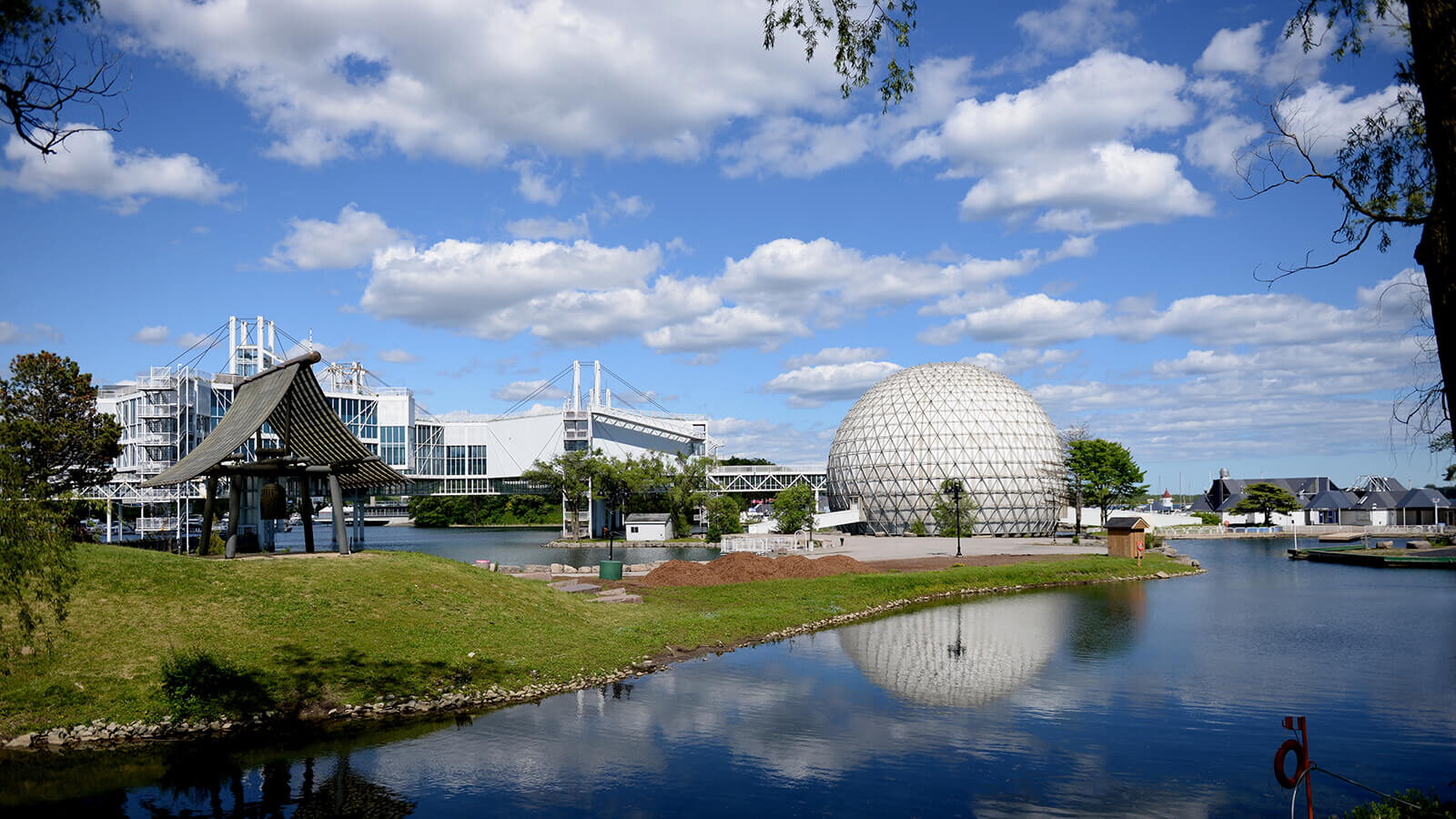 In this open letter to the Ontario Government, the authors – architecture scholars and heritage experts belonging to The Future of Ontario Place Project – weigh in on the controversial redevelopment.

Designed in the 1970s by architect Eb Zeidler and landscape architect Michael Hough, Ontario Place is one of Canada’s modern heritage masterpieces. In June 2020, we assembled a consortium of scholars and experts to study the past, present and future of this important site, aiming to raise awareness around its cultural and heritage significance. What made our intervention ever more urgent was the forthcoming announcement by the Government of Ontario of redevelopment plans that were advancing with a complete lack of transparency and which could have dire consequences for the site. We now join our voices to the many who have already raised concern regarding the future of Ontario Place. 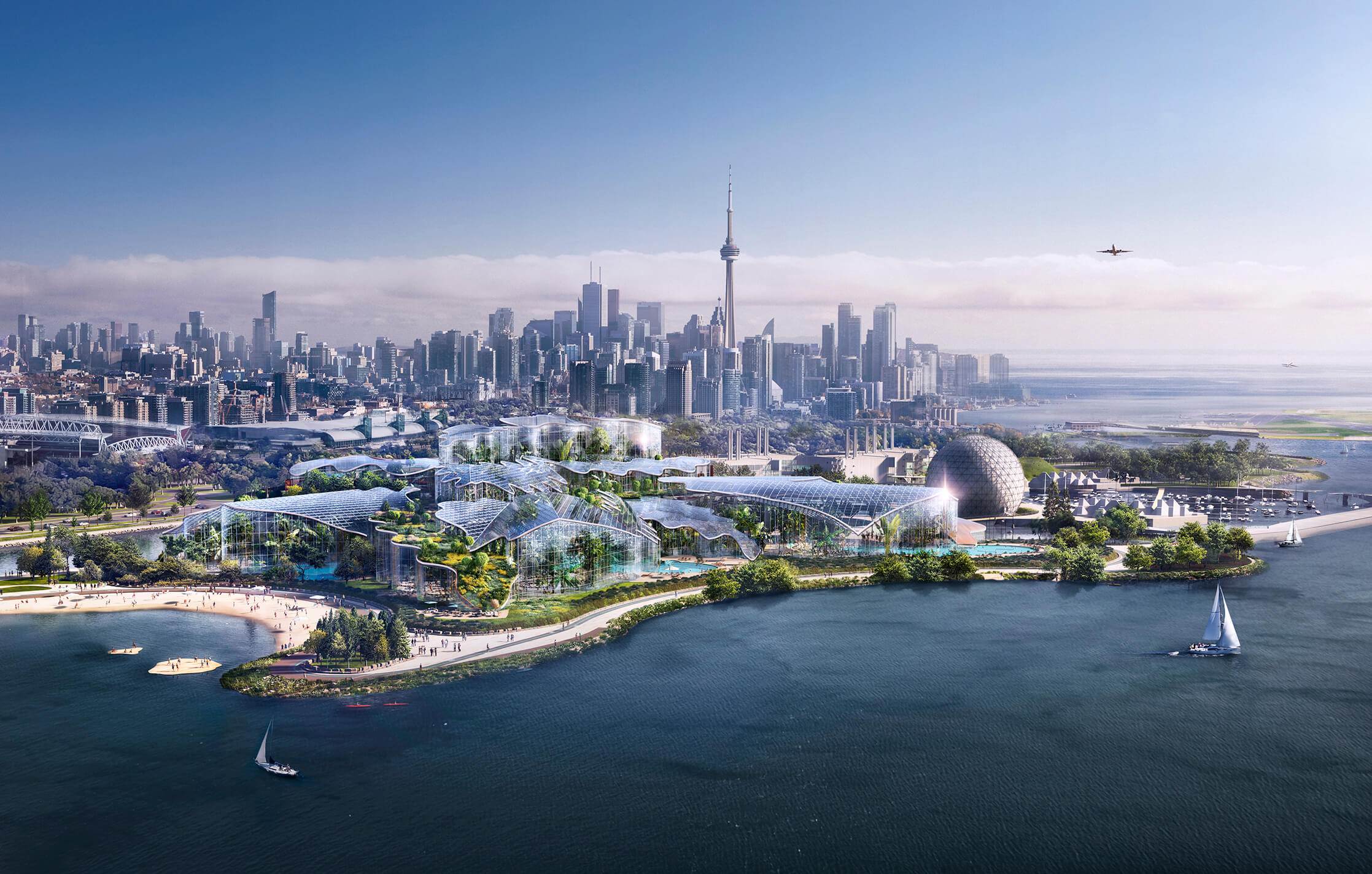 The long-awaited announcement was finally released on July 30th, 2021. The Province has proposed to parcel out the site to three companies: Austrian spa developers Therme, Live Nation, which manages the Budweiser stage venue, and Ecorécréo, a Montreal-based recreation company. This proposal would transform a large part of Ontario Place into a glass-enclosed water park, but offers no coherent vision for the site or define how it would be managed.

This plan was the culmination of a two-year bidding process initiated by the provincial government, and conducted behind closed doors: none of the bidders were identified publicly, neither were the parameters of the brief, nor the winner’s selection criteria. The public had no knowledge or input into what the future of the site was to become, nor how public funds were to be distributed to support the winning bid. Several journalists and groups including Architectural Conservancy of Ontario, Ontario Place for All, and the Future of Ontario Place, have called out the inadequacy of this process — citing the lack of public consultation. 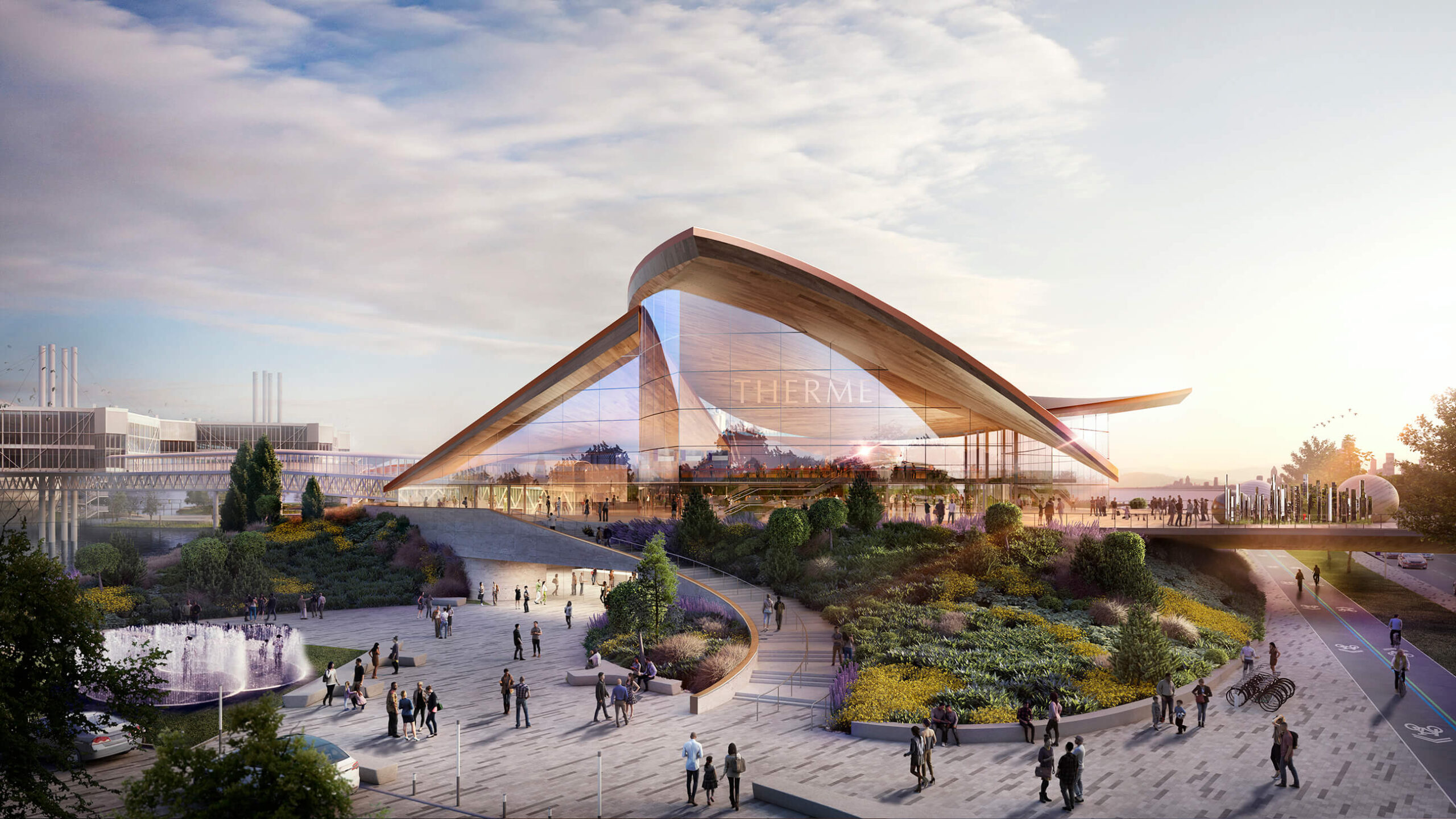 The provincial government’s statement about the creation of a world-class venue on the Toronto waterfront, supported by vague architectural renderings, and its claim about the preservation of key buildings does not compensate for an opaque process and the winning bid’s major shortcomings: the dismissal of the site’s accessibility to all and the erasure of its signature design ethos: the seamless integration of three artificial islands, a lush landscape, waterscapes and buildings. These unique characteristics are what have made Ontario Place a modern architectural landmark recognized worldwide, one included in the World Monument Watch 2020 because it was judged by international experts as under threat. And justly so! Its integrity is indeed heavily compromised today by an underwhelming winning bid, which resulted from a top-down decision-making process that lacked commitment to preservation of the site’s heritage value and to community dialogue. 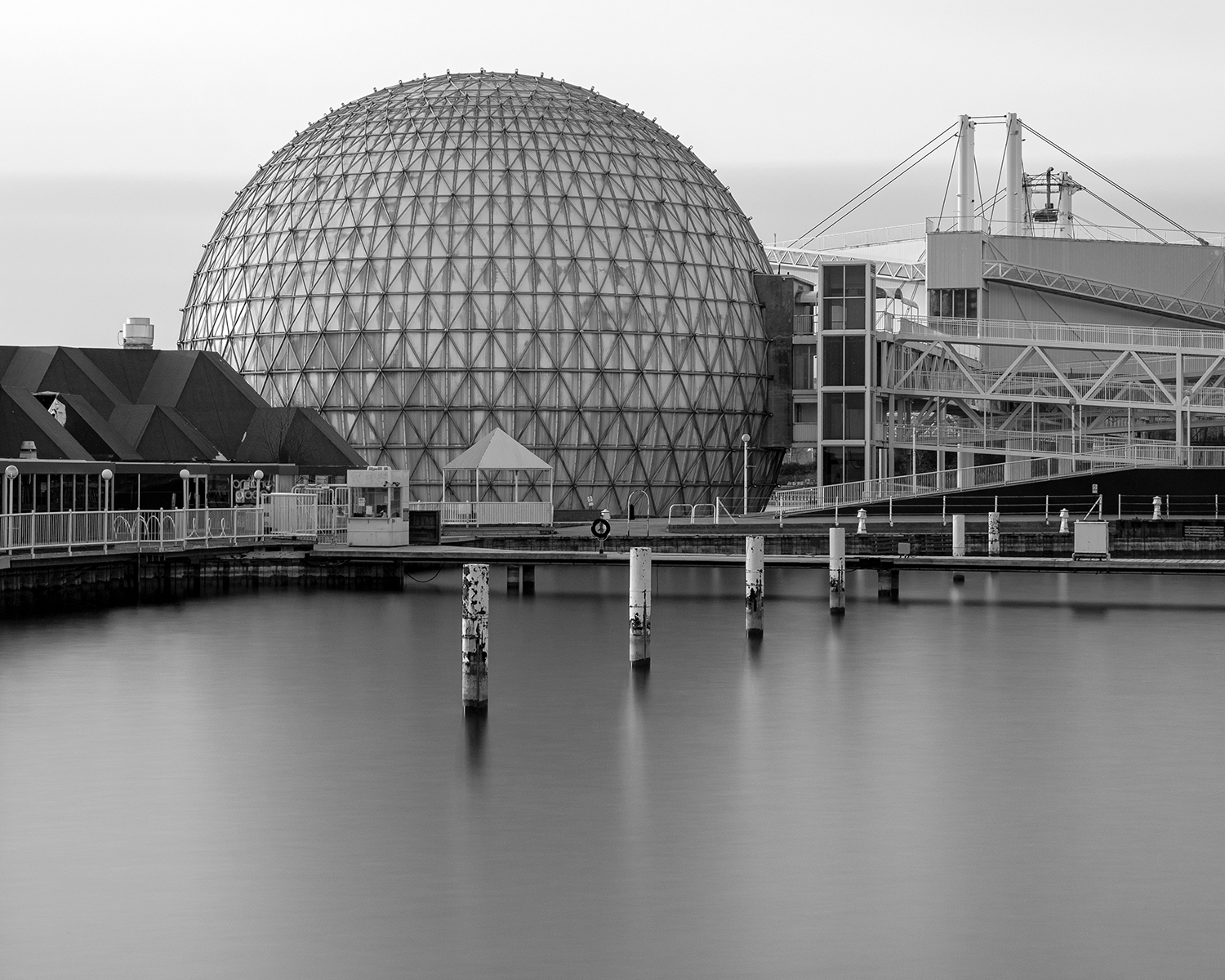 Ontario Place deserves the same thoughtful treatment given to other heritage sites of this caliber across the globe: a proper conservation management plan (CMP) to guide changes and ensure that heritage features are not irreversibly compromised.

Any changes at Ontario Place must be guided by input from the full range of stakeholders from the start, not after a detailed project has already been approved behind closed doors and thus imposed without viable alternatives. Hence, any future public consultations will only serve to legitimize the winning proposal. 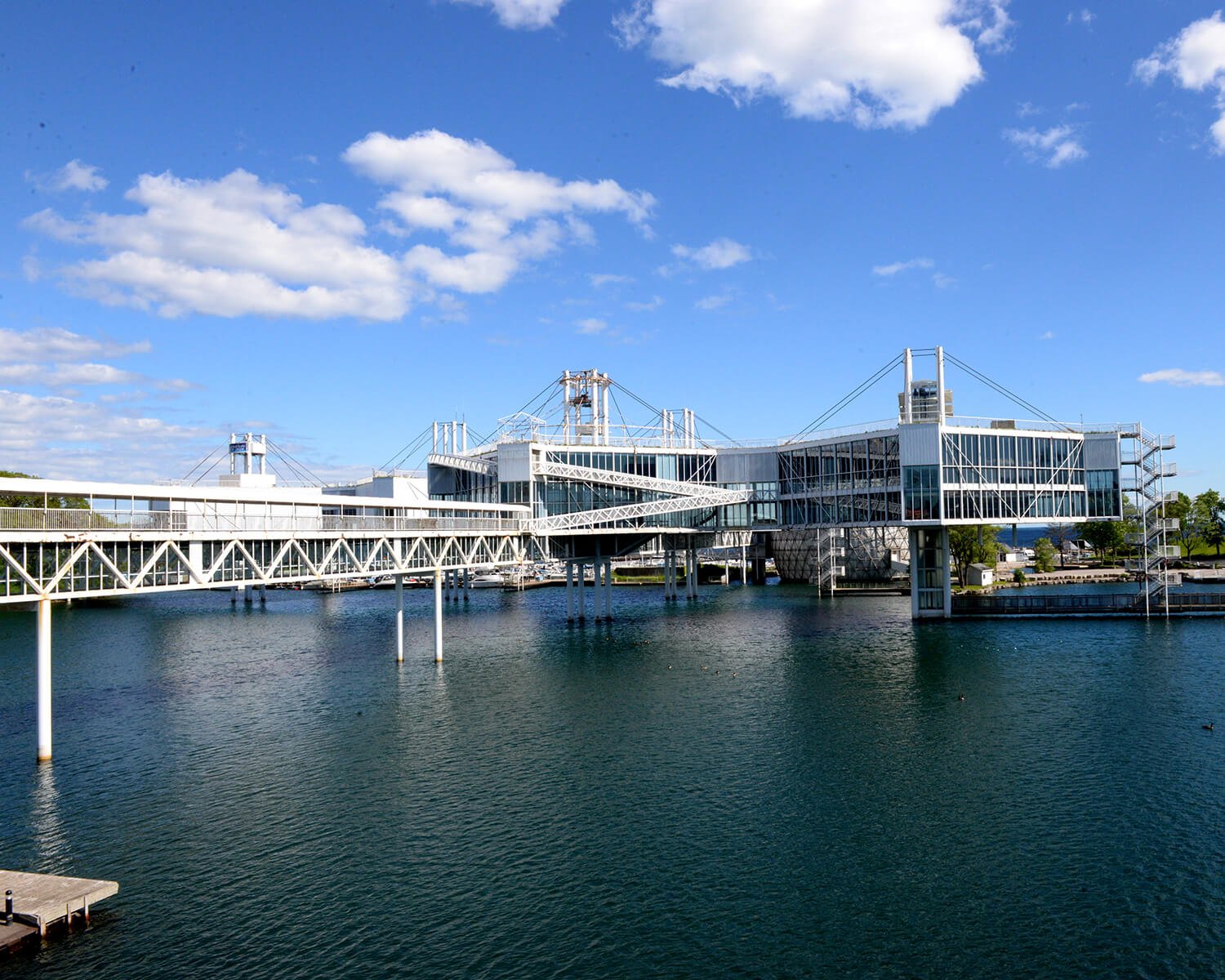 A responsible proposal for Ontario Place would incorporate environmental considerations including climate change, renewable energy and ecosystem preservation. With its enclosed, privatized heated pools, the winning proposal is the antithesis of Michael Hough’s ecological design ethos, which foregrounded the use of natural species, carefully calibrated Ontario Place’s three artificial islands to promote aquatic and terrestrial ecosystems, and identified public access to landscape as an ethical issue.

Despite lack of management, maintenance funds and programming, leading to building demolitions, closures and deterioration, Ontario Place has proven to be immensely resilient as a public space, offering free access to parkland and the waterfront. It has played a major mental health role during the current COVID pandemic. Why use public funds to compromise a useful public space that doubles as a modern heritage wonder recognized and valued worldwide? 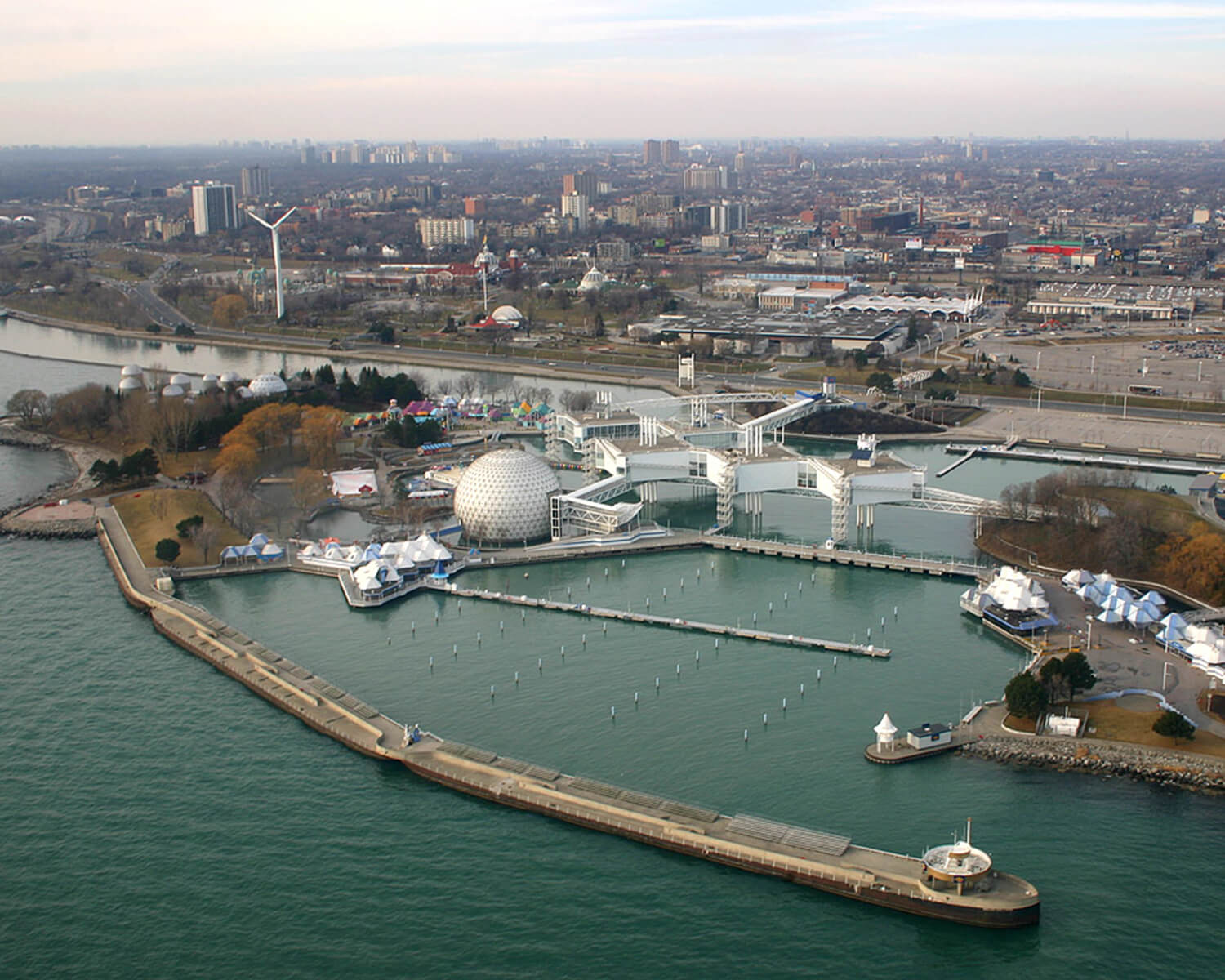 Aerial overview of Ontario Place, the Cinesphere, and the marina to the north. PHOTO: IDuke.

While forward-thinking cities across the globe nurture and craft specific urban identities, often by preserving, highlighting and reimagining their architectural landmarks following ecologically and socially responsible practices, the provincial government blatantly does the opposite for Toronto. It does so by proposing a massive, publicly subsidized private redevelopment that turns its back on social and environmental concerns and, most of all, eradicates a major 20th-century Canadian architectural masterpiece.

The recent proposal for Ontario Place lacks vision and resilience. It is a house of cards, likely to collapse at the first economic downturn, pandemic or change in leisure habits, leaving Ontarians with a huge bill and an abandoned, giant “greenhouse” on Toronto’s waterfront, looming amid the remains of Zeidler’s and Houghs’ long-gone chef d’oeuvre. 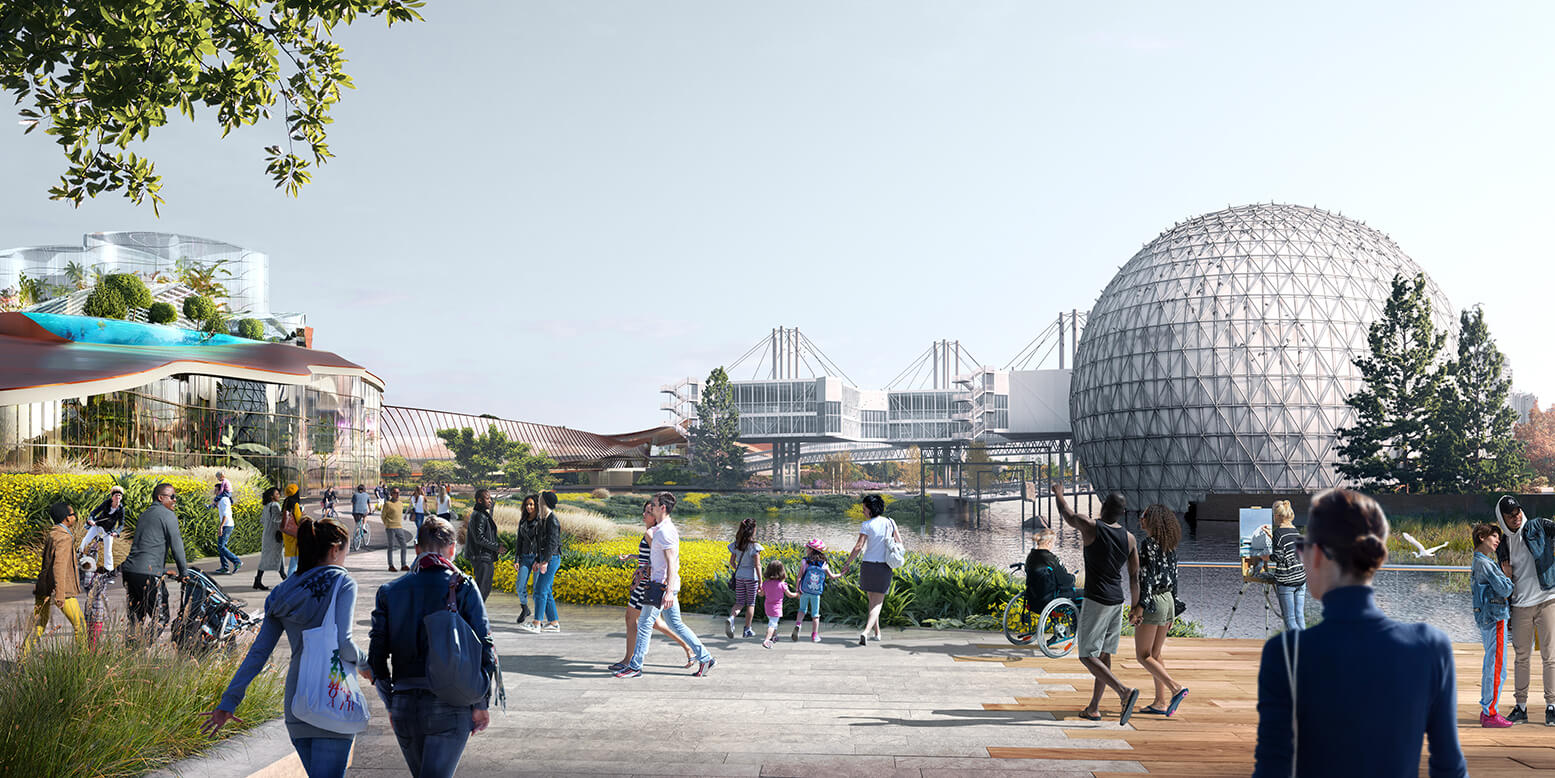 We, as a group, demand accountability from the provincial government for Ontario Place. And we ask the citizens of Toronto and beyond to help stop its irresponsible destruction.

In this open letter to the Ontario Government, the authors – architecture scholars and heritage experts belonging to The Future of Ontario Place Project – weigh in on the controversial redevelopment.