Transforming Life Jackets into Shelters for Syrian Refugees
Tens of thousands of life jackets left on Greek shores by Syrian refugees have become a building material for one 15-year-old student who is determined to find ways to turn them into makeshift shelters. 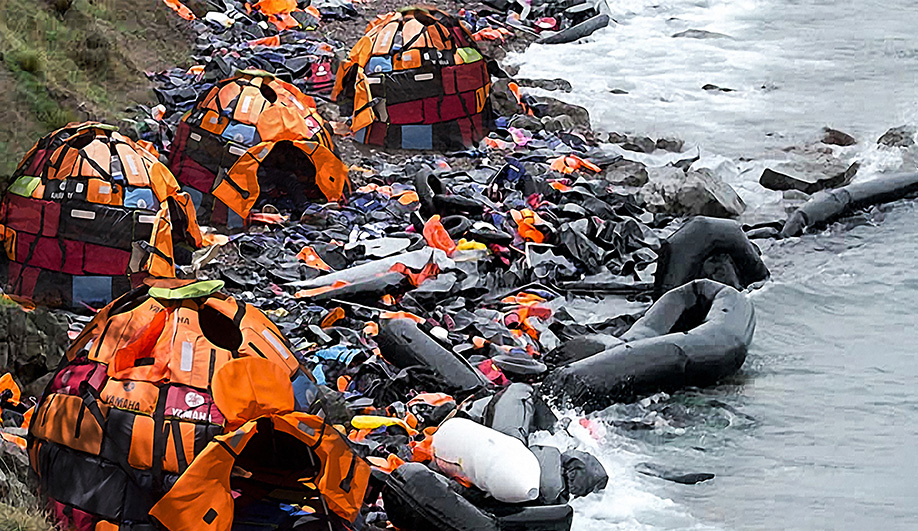 Achilleas Souras’ rendering of his igloo shelter made from discarded lifejackets

An estimated 450,000 jackets now cover the shorelines of Greece’s Aegean Sea, which until recently were idyllic vacation getaways. Kos, Lesbos and Chios islands, in particular, are now littered with life vests and deflated rescue boats left behind by Syrian refugees. Media coverage of these orange mountains has inspired creative thinkers to figure out ways to reconfigure the vests in ways that help asylum seekers arriving daily with little more than the clothes on their backs. 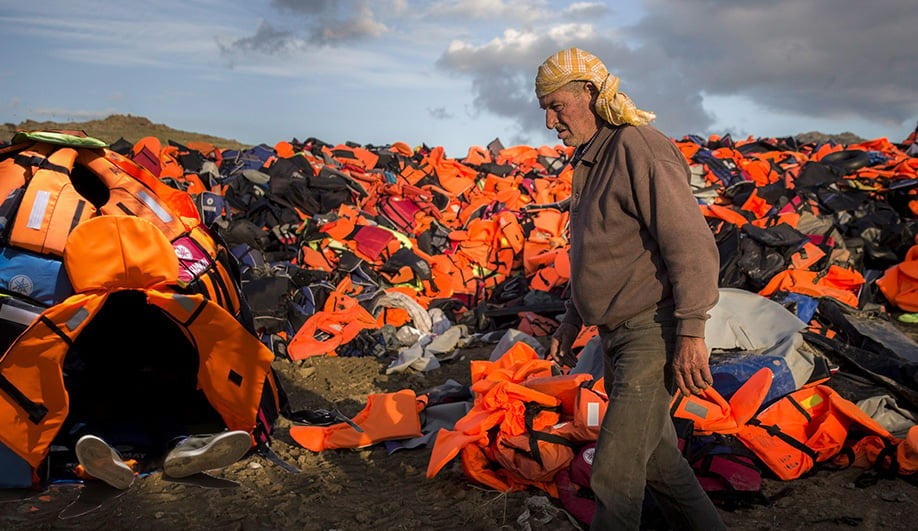 Amsterdam designer Floor Nagler has found a way to turn them in bags; and a group of volunteers have strung the jackets together to make mattresses. For 15-year-old Achilleas Souras, who is currently a student at Columbia University’s architecture summer camp in New York, the refugee crises inspired him to configure an igloo out of the 35 vests, using Velcro to hold them together with six structural poles.

The project, dubbed Save Our Souls, has recently sparked interest from galleries and museums in various locations, with a prototype of the makeshift shelter now on display at Maritime Museum in Barcelona. A video of the project is also screening at the Saatchi Gallery in London. 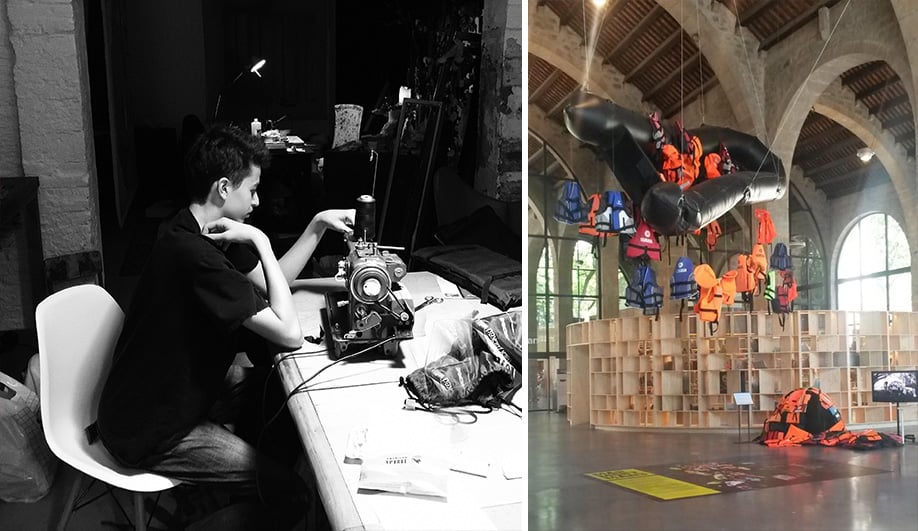 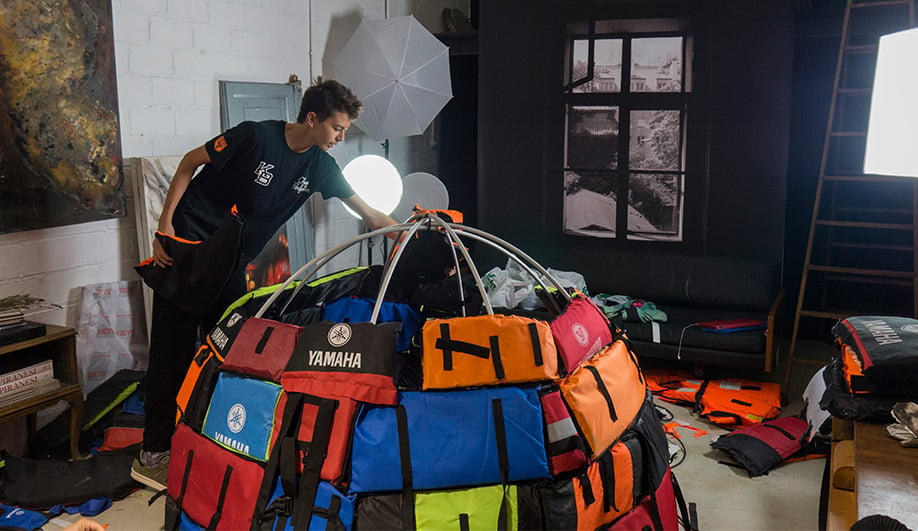 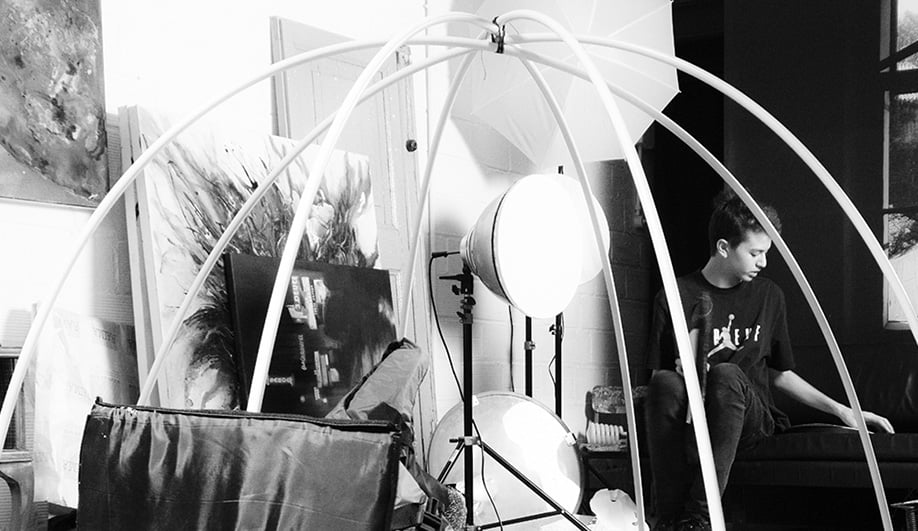 Souras, who plans to go to architecture school in the future, says his school brought the life jackets in as a part of a class project exploring emergency shelters. “Save Our Souls is about three things,” he says. “It’s about making something that is appealing, so people respond to it; and it’s about increasing awareness.” More than that, he adds, “eventually, I want these shelters to become real in a way that can benefit the refugees directly.” 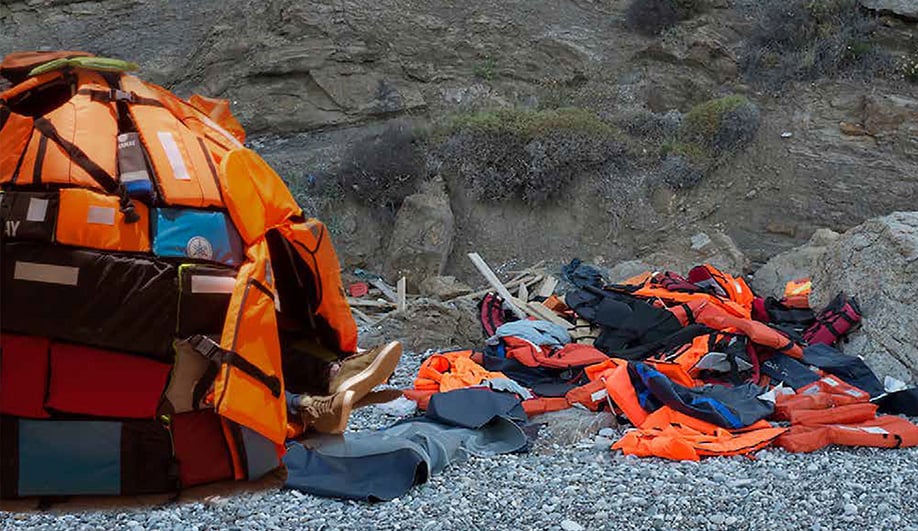 He is now working on how to make the igloos larger, so they can be comfortably lived in; and in finding ways to make their construction easier. They also have be constructed on site. “I am interested in seeing something through from beginning to end,” he says. “So I hope interest in the project can inspire a company like Yamaha [makers of the jackets] to get involved.”