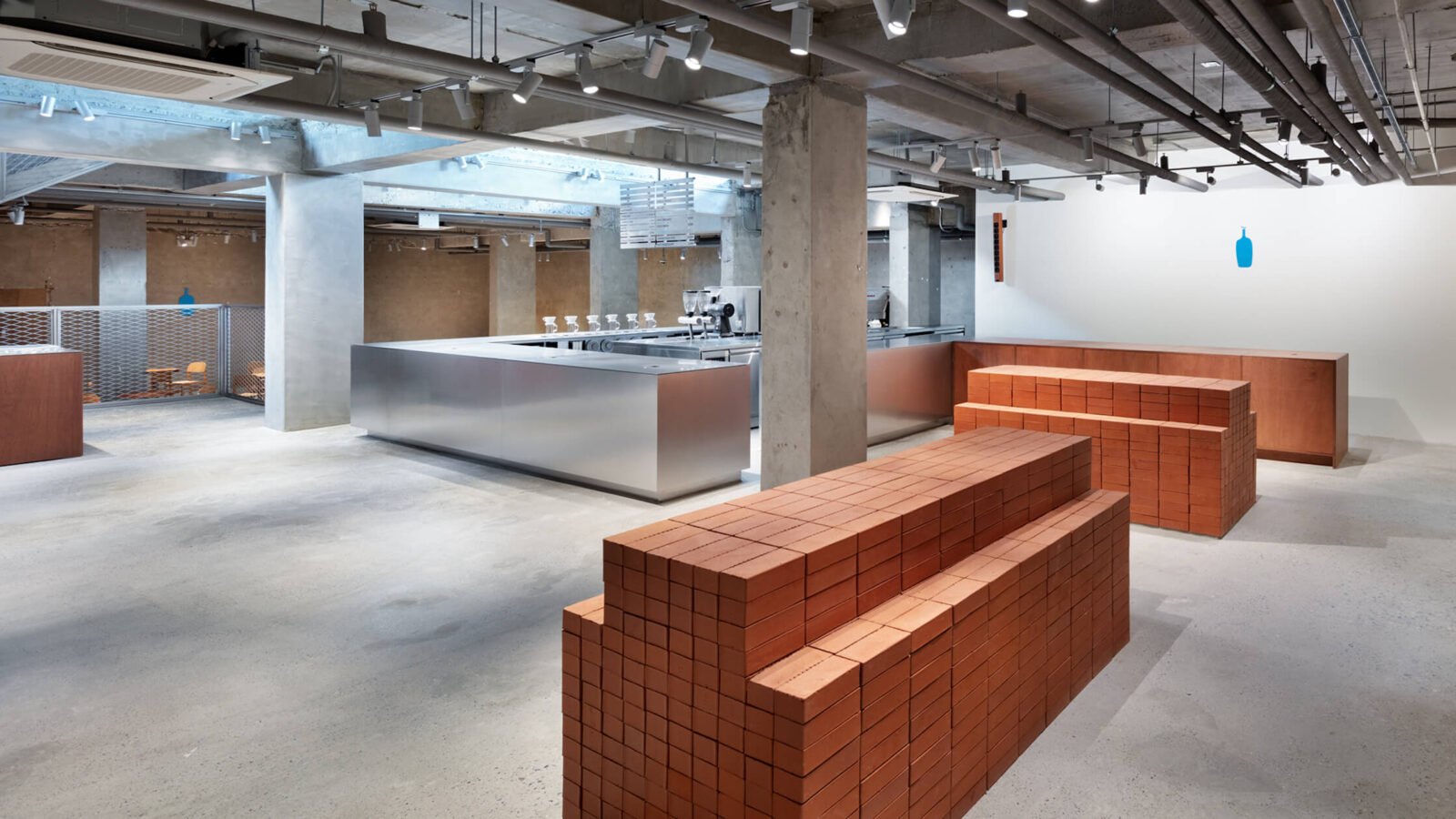 Dotted by erstwhile factories and warehouses, the Seoul district of Seongsu has parlayed its industrial character into urban panache. While the neighbourhood has – inevitably – been branded the “Brooklyn of Seoul,” California chain Blue Bottle recently served the area a shot of West Coast coffee culture. Its new and attractive cafe, paired with coffee roasting operations and corporate offices, has been established as the primary hub of Blue Bottle’s expanding Korean operations.

Designed by Japan’s Schemata Architects, the three-level space plays up the luxe but distinctly unvarnished vibe of its location – on a busy and often loud Seongsu road – through the combination of raw concrete, brick and stainless steel.

Schemata’s layout places the roasting operations (and the tasting room) at ground level, creating a dialogue between the bustle of the street and the industrial spectacle inside. Upstairs, Blue Bottle offices and conference rooms maintain a minimal design language of glass, steel and concrete.

Double-height spaces and floor-to-ceiling glass create a sense of openness and continuity across the three levels, always inviting a look inside. The cafe itself is tucked into the quieter basement, which is pleasantly flooded with light from the clerestory windows above.

A simple stainless steel counter commands the heart of the cafe, putting the coffee-making process on display. While the polished focal point stands out against the texture of the raw concrete interior, it’s the surrounding brick furnishings that capture the imagination. Made of blocks that appear freely stacked yet are discretely mortared, they read as minimalist sculptures – more art works than coffee counters.

On Google, user-submitted shots of the space show the brick surfaces used either as (slightly uncomfortable) standing counters for customers, or as bulky display spaces for bags of coffee beans. It’s a slightly disappointing real-world contrast to the dramatic austerity of the architectural photos.

Around the corner, the same bricks are used to greater effect – and lesser affect – as coffee tables. Meanwhile, a simple array of wooden tables and chairs provides most of the seating, framed by the concrete skeleton of the cafe, which is tastefully accented by Blue Bottle’s subtle logo. 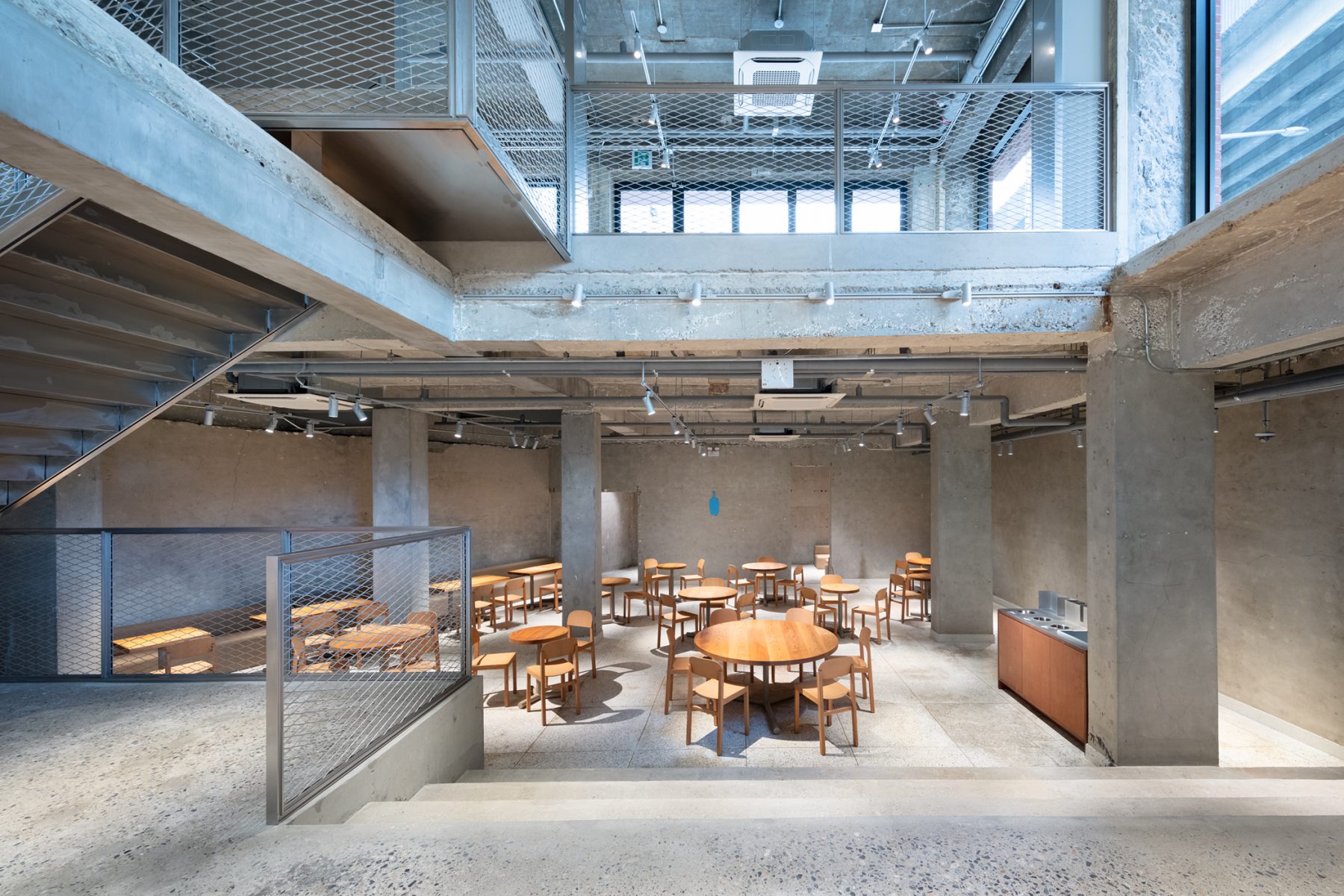 Schemata’s rigorously pared down material palette brings an impressive sense of unity to the three-storey space, making the corporate offices, roasting operations and cafe all feel closely and seamlessly integrated. For Blue Bottle – a Nestle subsidiary since 2017 – the space is an attractive showcase for the craft of coffee, and the brand’s carefully curated identity.