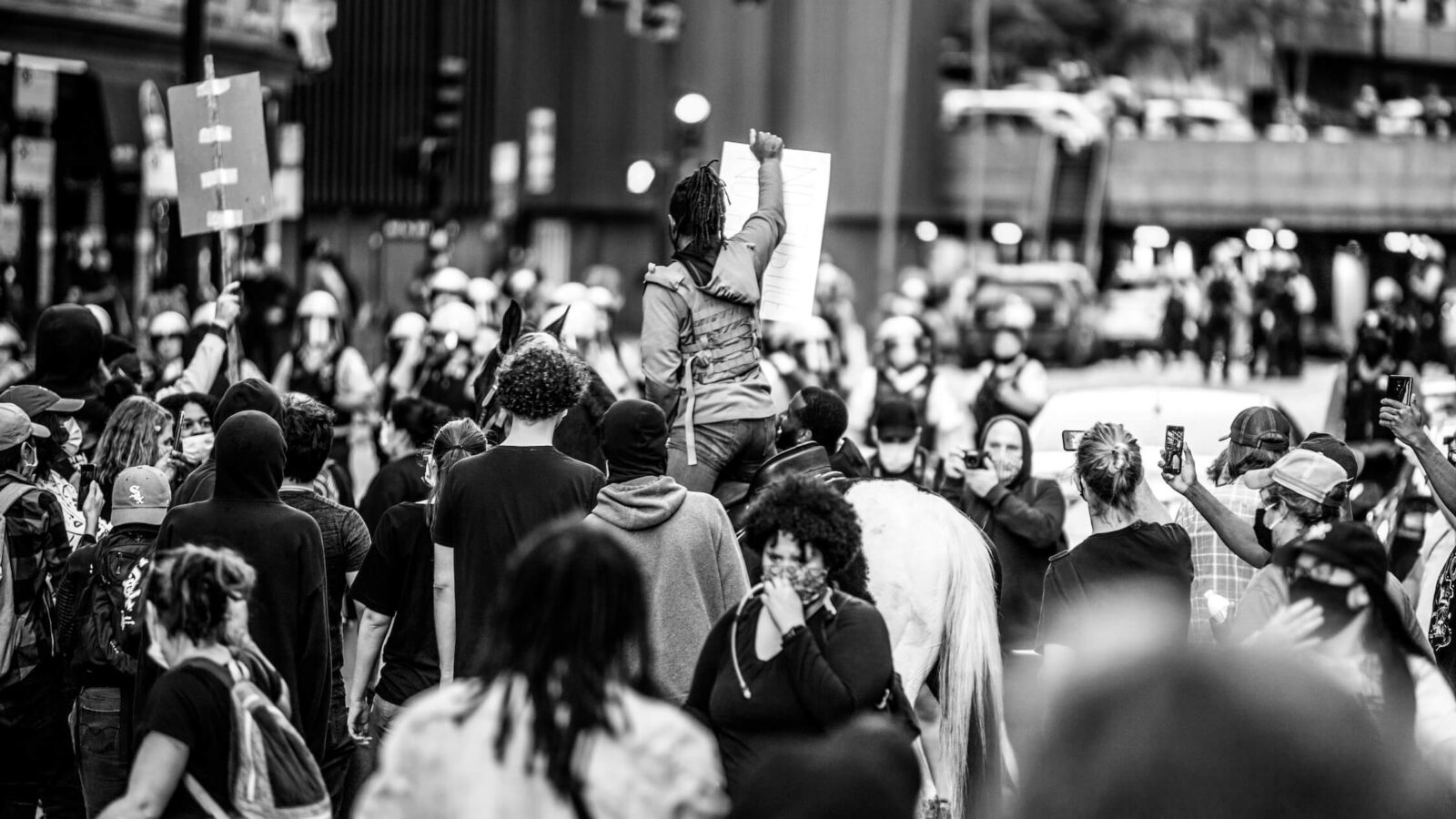 Architects, Designers and Planners: #BlackLivesMatter and You Must Speak Up!

Michael Ford calls on architects to respond to the continued, unprovoked and senseless murders of Black people in public spaces.

There is a stain on your masterpiece.

Martin Luther King Jr, the revolutionist – not the watered down, palatable, let’s all get along version that white people love – once said, “There comes a time when silence is betrayal.” The silence of the architecture community in authentically addressing the blatant injustice that has begrudged African American people in the United States layers that stain.

The continued, unprovoked and senseless murders of Black people in public spaces, oftentimes in broad daylight at the hands of the power-hungry police and racist citizens living out childhood cops-and-robber fantasies with Black bodies, is infuriating. Architects have been mostly silent as their work, meticulously designed, constructed and deemed the crowning jewel of urban skylines, serves as the backdrop of injustice. 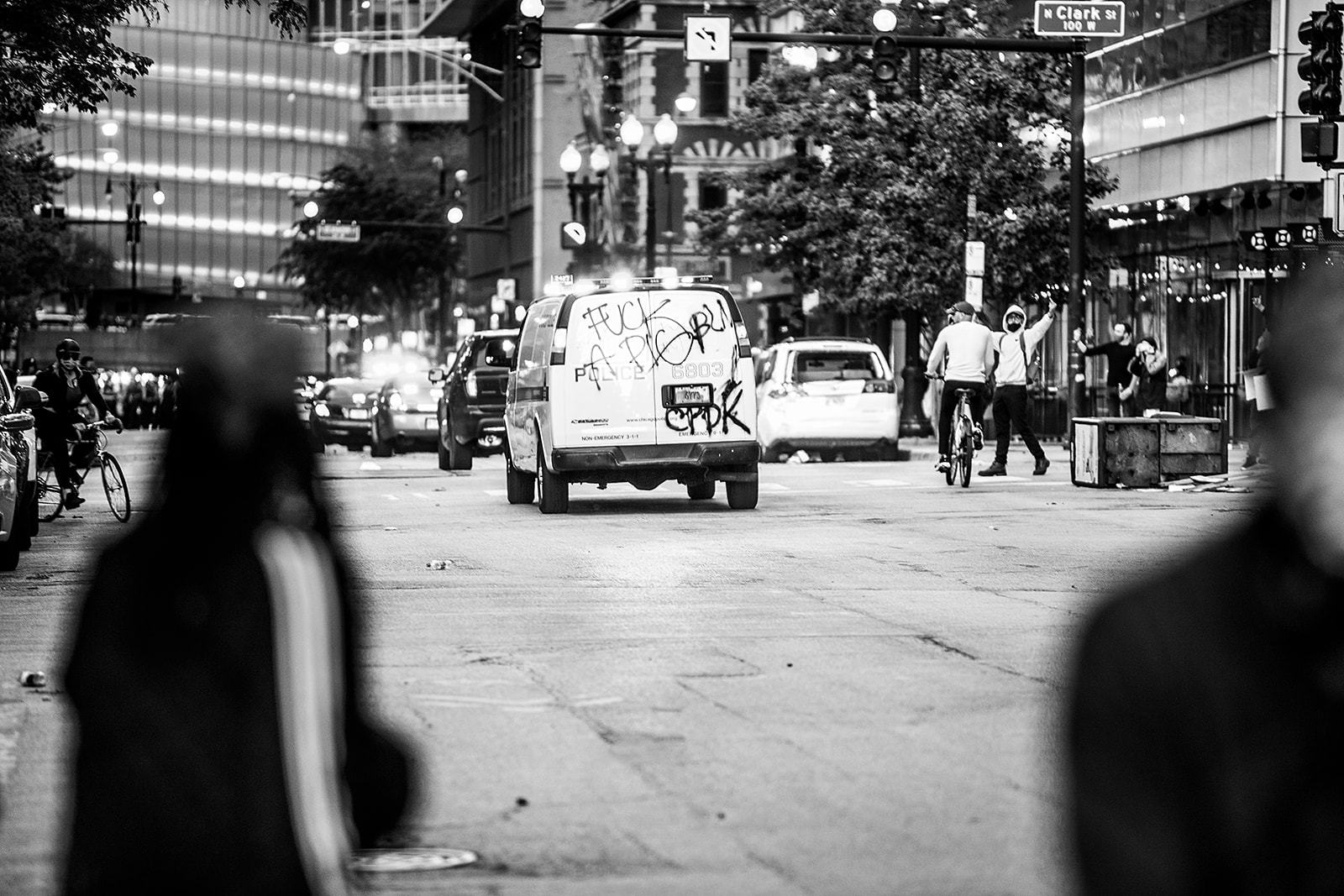 As a person who loves this profession and believes in its power to impact people’s lives for good, I accept the role of liaison to the next generation of young Black architects and designers. I feel betrayed by the profession’s silence — and I will not be silent. I have toured the globe inspiring Black youth to explore architecture and design as a career through The Hip Hop Architecture Camp. I have appeared in various media, including the Oprah Winfrey Network, The Today Show, ESPN and Rolling Stone magazine – and even quit my day job to advocate for this work. I will not accept your silence nor ignore that big-ass stain. In the words of Desmond Tutu, “If you are neutral in situations of injustice, you have chosen the side of the oppressor.”

This past weekend, on Twitter, I challenged the architecture, design and planning communities to publicly respond to the root cause of the uprisings happening across the United States. I asked a simple question: “Are you complacent with designing and constructing the backdrop to injustice?” Some have responded, others have remained silent. Stain. For those who have released statements, I applaud you, but I await the actions which are aligned with your statements. If no immediate actions follow, you are simply pacifying the Black community.

Challenge to Silence – This is not a new challenge; it’s been here since 1968

The recent statement from the American Institute of Architects (AIA) says, “The fact is that architects and AIA, in our more than 160-year history, have not always felt compelled to share our perspectives. But the times we live in, the horrific nature of the events we witness, and the role we see for every member of our society demands that we speak out.”

Yet, the architecture profession has been challenged for years to make itself relevant within the Black community. In 1968, at the AIA conference, Civil Rights activists Whitney Young called out the lack of diversity in the profession by saying, “One only needs to take a casual look at this audience to see that we have a long way to go in this field.” He added, “You are not a profession that has distinguished itself by your social and civic contributions to the cause of civil rights…You are most distinguished by your thunderous silence.” If that’s not compelling, I’m not sure what is.

Do you need more Black people to die in front of the buildings, plazas and streets you design before you are prompted to speak up? If so, you missed the Chicago Race Riots of 1919, the Tulsa Race Massacre of 1921, the Detroit Race Riots of 1943 and 1967, the Watts Race Riots of 1965. More recently, the profession missed the chance to speak up about the deaths of unarmed Black men, women and children, just pick a year! This includes Tamir Rice in November 2014, a 12-year-old child, murdered by police in less than two seconds. Do you see the gazebo, stained with his blood? 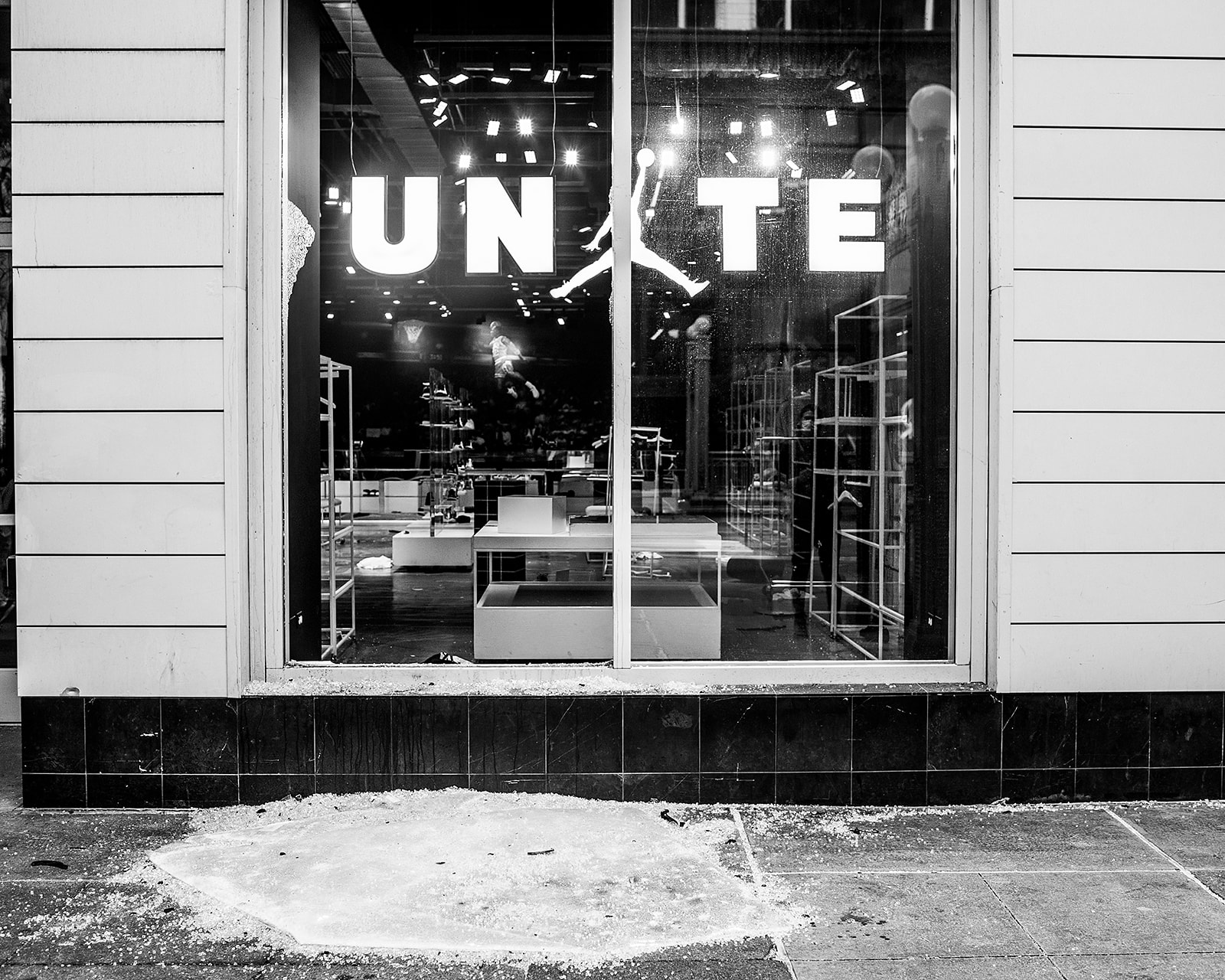 I will assure you of this: ain’t nobody interested in coming into a profession to design the backdrop of their own death! We all know architecture is more than bricks and mortar; your silence proves it includes Black blood, sweat, and white people’s tears.

Now, is there anything you need to say about the stain on your masterpiece?

Eric B. & Rakim told us to “Teach The Children,” and that’s exactly what I do. The basis of The Hip Hop Architecture Camp’s curriculum refers to hip hop as a post-occupancy evaluation of Modernism. Here, hip hop culture, in its totality, is the catalyst used to introduce Black and brown youth to architecture and urban planning. This international program is free for youth and has taken place throughout the United States, with international programs in Toronto, Vancouver and Kenya.

Black recording artists have been protesting racism for decades. Marvin Gaye was asking, “What’s Going On” in 1971! He observed the “picket lines and picket signs” and pleaded, “don’t punish me with brutality.” He observed of Black mothers, there’s “too many of you crying” and of his Black brothers “there’s far too many of you dying.” Don’t let the smooth voice soothe you: Marvin Gaye was highlighting what’s going on in the hood and providing actionable items to resolve the issues. He repeatedly said, “Talk to me, so you can see, what’s going on.” I grew up in Detroit and my favourite artist of all time is Stevie Wonder. In 1973, he released “Living For The City,” where he talked about racism in the workforce, income inequalities, and the environmental injustices perpetuated against Black people living cities.

Then hip hop came along. The stories you hear in rap are the latest critiques of the failed architecture, urban planning, and urban renewal strategies talked about in each preceding Black music genre. I refer to hip hop, which has overtaken rock as the most popular music genre in the U.S. (and it’s no secret that white America is the biggest consumer of this art form created and validated by Black and Brown youth) as Modernism’s post-occupancy evaluation in my TEDx. It’s a fancy title which simply means that our music captures the unsolicited, unfiltered critiques of the fucked-up environments we live in. Those environments are typically attributed to the behaviour of the people who call them home. Nah! I will not absolve the most powerful shapers of society – architects and urban planners – from any responsibility.

In 1988, NWA famously released “Fuck Tha Police” as a protest against the overt racism Black people face from the police. The response was to censor them and label them a threat to society for telling the truth. The only difference between 1988 and today: the injustices are being filmed. Imagine if America actually listened to the concerns of NWA instead of silencing their music. What if the people who purchased the album took action in response to the lyrics instead of seeking out the next song of Black pain to be down with the culture? Ice Cube returned with “Good Cop Bad Cop” in 2017, reminding people that things were only getting worse.

In 2015, Kendrick Lamar released an anthem that activated Black America in chants of “We Gone Be Alright” during hard times, especially when “po-po wanna kill us dead in the street for sure.” The next year, the rapper and Beyoncé released “Freedom;” Beyoncé sings, “I’m telling these tears, go and fall away, fall away, may the last one burn into flames” and Kendrick follows with a thunderous flow charting the typical process of Black death at the hands of the police, followed by media lies, then uprisings, and, finally, the call for the protests to stop. In 2017, Joyner Lucas created “I’m Not Racist” – one of the most abrasive and straightforward tracks in a while, one that exposes the second side of the story. Don’t just listen to the track, watch the video.

But maybe one of the most direct influences on what I do is Nas. Tired of the bullshit, and no one listening to the critiques found in Black music, he created an anthem for kids in 2002 called “I Can.” The song inspired young Black children to become architects by reminding them that they were the first architects – they built civilizations so beautiful and empowering that people wanted to destroy them or mask who had created the cities.

This is where my work of connecting hip hop culture and architecture comes in. But let’s be clear, it’s possible – and the workshops for kids are free – because of sponsors, which I’m always searching for (shout out to organizations like Autodesk, Urban Land Institute, and public libraries across the world). Programs like mine thrive on making something out of nothing. That’s hip hop! We look like a program with millions of dollars of support, but in fact we operate on a small fraction of what the most-funded architecture programs receive. We strike a chord with kids by making architecture relevant, allowing them to use their voice, and refer to icons in pop culture and not solely rely on the architecture profession – which collectively can’t care less about Black lives. The same Black lives that are the brunt of the all-too-regular police brutality that takes place in our built world to this day.

Now, is there anything you need to say about the stain on your fucking masterpiece? 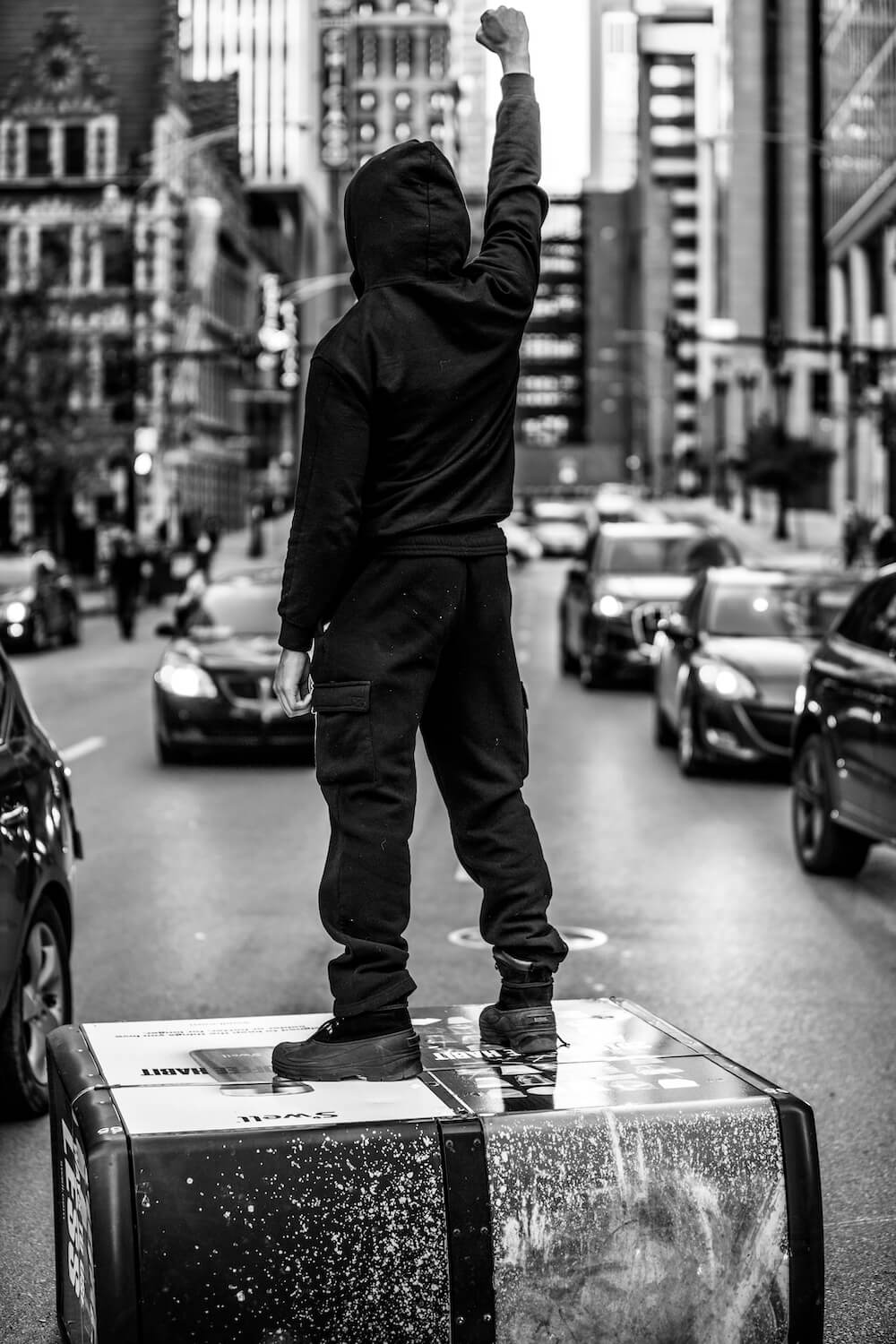 Support those on the front lines of justice

If you would like to donate to The Hip Hop Architecture Camp to help discover and engage the next generation of Black designers, please donate here:

The Hip Hop Architecture Camp is launching a new competition, Hip Hop Architecture as Design Justice. The challenge requires participants to use hip hop lyrics as prompts to imagine spaces, places, and products for a Just City: A city which has dismantled and defeated racism! The call for submissions is now open, with entries accepted until June 19. Michael Ford will also join Azure for an Instagram Live event on June 9 at 8 pm EST to introduce the Hip Hop as Design Justice call for submissions!

Michael Ford is an architectural designer, born and raised in the city of Detroit and now based in Madison, Wisconsin. Ford is dedicated to using hip hop culture as a provocation for cross disciplinary discourse between architectural practitioners and end users on the sociological and cultural implications of architecture and urban planning. Ford is the creator of the Hip Hop Architecture Camp, an international youth camp which uses hip hop culture as a catalyst to introduce underrepresented youth to architecture, design and urban planning.

Self-taught photographer Kai Brown is a Detroit native who has been living in Chicago for over 10 years. He launched his business, Kai Brown Photography, five years ago. He has a sincere passion for all things photographic: beautiful light, sincere people and beautiful spaces.

Michael Ford calls on architects to respond to the continued, unprovoked and senseless murders of Black people in public spaces.