When Architectural Additions Don’t Add Up
Is a renovation that alters a building’s character beyond recognition refurbishment or erasure? 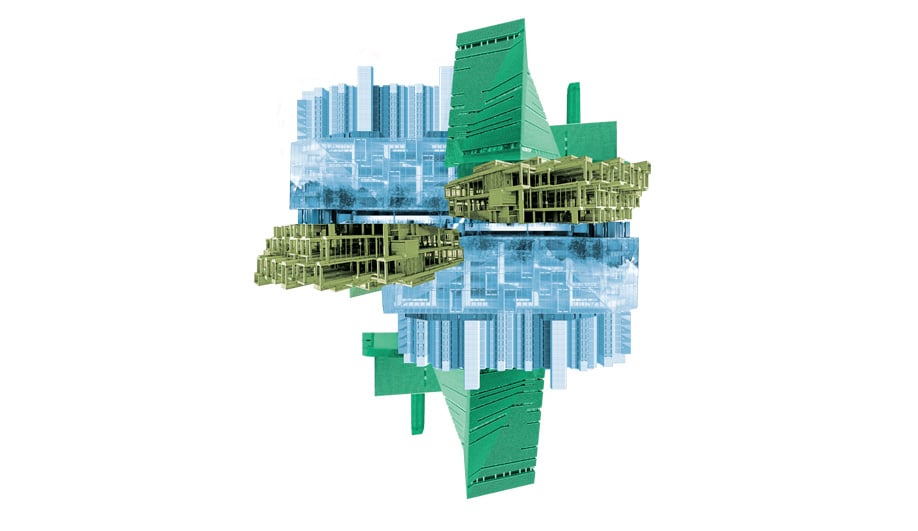 Is a renovation that alters a building’s character beyond recognition refurbishment or erasure?

Cities by their nature modernize and reinvent themselves, with older buildings and neighbourhoods razed to make way for new development. Sometimes, these changes reflect the natural pace of economic growth. But in other cases, they come with a destructive momentum that feels like erasure.

This kind of wanton architectural destruction spawned the preservationist activism of such disparate figures as Jacqueline Kennedy, Jane Jacobs and Eric Arthur. Two generations on, it’s no longer difficult to muster opposition to proposals to level older buildings. Less clear is how we should respond to architectural refurbishments that leave a target building standing but so adulterated as to render the original design ridiculous. 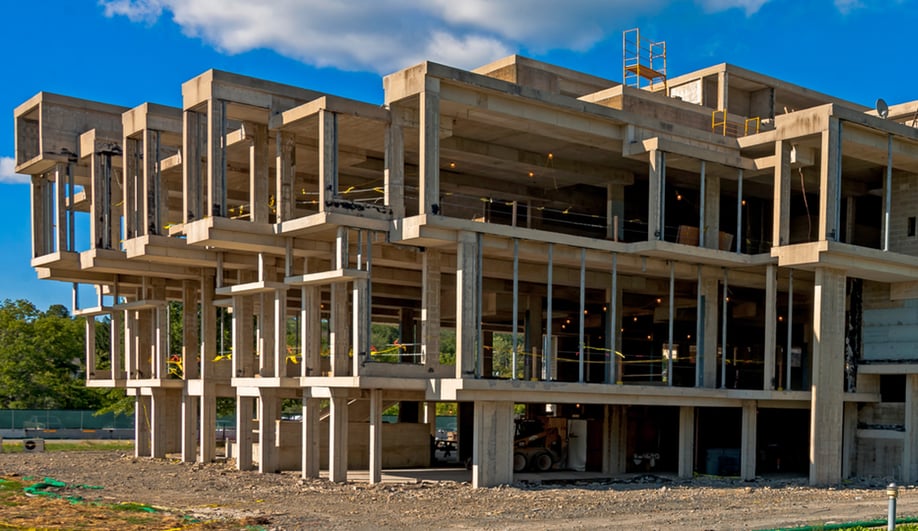 The Orange County Government Center in Goshen, pictured during construction of its makeover.

Take the late U.S. architect Paul Rudolph’s Orange County Government Center in Goshen,
New York. The hive-like brutalist gem recently underwent a drastic (many would say disfiguring) make-over, including the demolition of one of the complex’s three pavilions, the removal of the remaining corrugated-concrete facades and the addition of an inelegant glass-wrapped box. The overhaul, which obliterates much of what made the original building interesting, has been vociferously panned.

To be sure, many contemporary interventions, such as I. M. Pei’s Louvre Pyramid or Norman Foster’s Reichstag update in Berlin, have been provocative and even scorned, but are now considered successes because they found a balance between the past and an imagined future, in many ways because they responded to their architectural forebears. As the Rudolph example suggests, however, equilibrium, memory and “the continuum of cultural expression,” as architecture critic Paul Goldberger deems it, become more elusive when the structures in question are exceedingly difficult to repurpose.

In the case of brutalism, it’s unlikely that Louis Kahn’s masterworks – the Bangladeshi parliament in Dhaka, the Salk Institute for Biological Studies in California – are going to disappear anytime soon. It’s their workaday cousins, from Rudolph’s government complex to sixties-era university buildings, that are vulnerable to desecration.

One current case study in the latter category: a conspicuously transparent addition, by Diamond Schmitt Architects, to the University of Toronto’s assertively brutalist Robarts Library. The five-storey addition, featuring DSAI’s signature glass curtain walls and suspended staircases, juts out from one side of the building with sufficient breadth and height that passersby will experience it as a structure on its own. It all but blocks out the view of the library’s west wall, a design choice that raises the question: Was that the point? 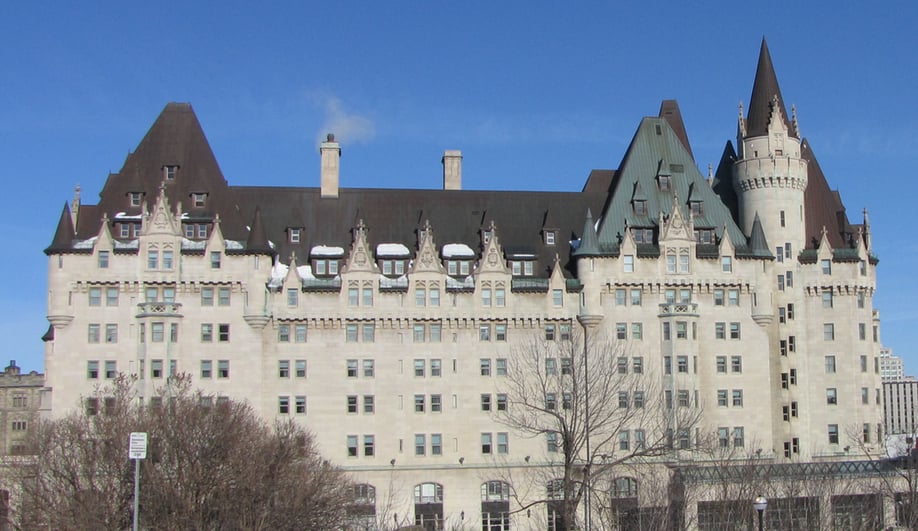 Another (non-brutalist) example: two proposed extensions to Ottawa’s Fairmont Château Laurier (above), a land-mark railway hotel almost as closely identified with the capital as Parliament itself. The additions – starkly vertical wings that almost seem to mock the hotel’s ornate château-style exterior – were deemed so incompatible that architect Peter Clewes of Toronto-based architectsAlliance was compelled to try again (his updates didn’t change much).

Beyond the sentimentality attached to old buildings (and the genuine functional needs behind retrofitting them), a legitimate, bigger question emerges: Do the designs of such additions seek to engage or impose, to create a sense of place or obliterate that which has come before? These questions, I suspect, will become even trickier when the time comes to refurbish all those overly clever 1980s-era postmodernist piles.

To my eye, a successful counter-example is Herzog & de Meuron’s 10-storey addition to London’s Tate Modern, a “twisted” pyramid that offers a striking, geometrical response to Sir Giles Gilbert Scott’s monumentally rectangular Bankside Power Station without trying to upstage it. (Herzog & de Meuron, of course, transformed the one-time power plant into the Tate Modern, which opened in 2000.)

This kind of respectful expansion creates a modernization narrative that allows urban dwellers to remain casually aware of every city’s fourth dimension – time – without having to consult the archives or the history books. The architecture of the past is pressed into service, without sacrificing its character, to create the architecture of the future. And so memory survives, even as the city surges forward.

This story was taken from the November/December 2017 issue of Azure. Buy a copy of the issue here, or subscribe here. What do you think? Send your feedback to editorial2 [at] azureonline [dot] com.