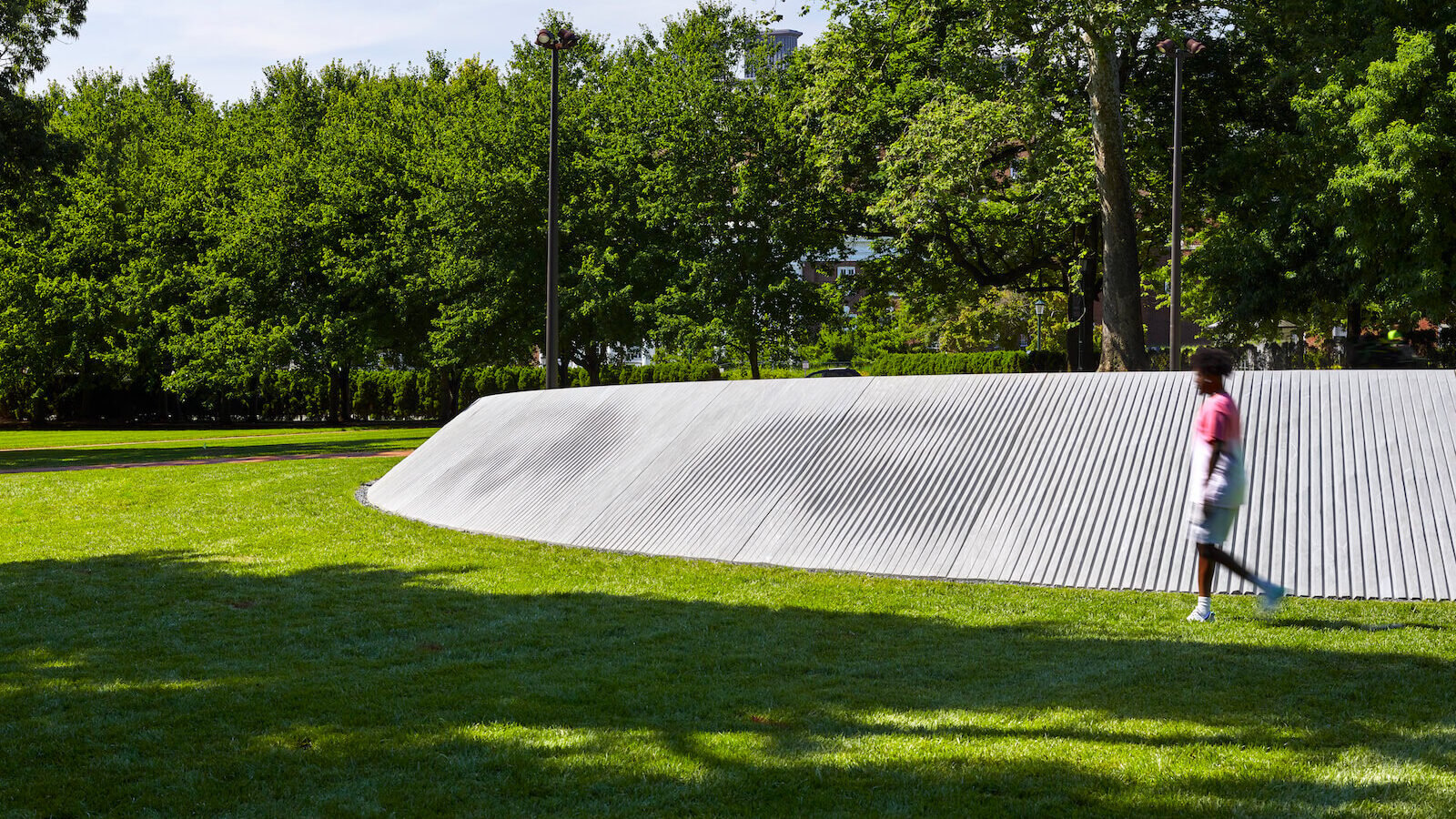 Architecture as Conscience: Memorial to Enslaved Laborers in Virginia

At UVA, Boston firm Höweler + Yoon led a collaborative project to honour the 4,000 enslaved labourers who built UVA and sustained its daily life.

Isabella Gibbons’ eyes stare out from the Memorial to Enslaved Laborers at the University of Virginia in Charlottesville. The city’s name has in recent years become synonymous with the neo-Nazi rally that descended upon it in 2017. Gibbons was one of 4,000 African Americans bought by or rented to the institution, which was designed and founded by Thomas Jefferson, between the years 1817 and 1865.

These were the people who constructed the buildings, who ran the households of staff members, who catered to the whims of students. During their lifetime, they toiled to keep things running smoothly but they themselves were kept out of sight. As Holland Cutter writes in the New York Times, “They stayed below the elevated sightlines of the Academical Village, in basement-level quarters and cramped work yards screened by eight-foot-high brick walls. It was there that the laundry workers; gardeners and cooks listed on the wall of the Memorial to Enslaved Laborers spent most of their lives.”

It takes the shape of two concentric circles, sculpted from Virginia Mist granite, positioned next to a pedestrian pathway between the university grounds and the greater community – a natural invitation to students and members of the public alike to enter. The placement also puts the monument along the route of the march on Liberation and Freedom Day (March 3rd), which commemorates the emancipation of the local enslaved community at the close of the Civil War.

The memorial measures 80 feet in diameter – taking up the same footprint as the university’s famed Rotunda, which was built by enslaved workers. Its form recalls the “Ring Shout” – an African American spiritual dance performed in a circle – and at its centre it embraces a circular lawn that will bloom with crocuses every February. The 75 granite blocks that comprise it are carved in the techniques adopted by enslaved workers.

On the top of the inner circle, which lies low to the ground and features a water table, an inscribed timeline of slavery spans from 1619, the first written account of enslaved Africans in Virginia, to 1889, the year that Gibbons died. It is complemented with a quote attributed to Gibbons, who would go on to become a teacher after the Emancipation Proclamation: “Can we forget the crack of the whip, the cowhide, the whipping post, the auction block, the handcuffs, the spaniels, the iron collar, the negro-trader tearing the young child from its mother’s breast as a whelp from the lioness? Have we forgotten those horrible cruelties, hundreds of our race killed? No, we have not, nor ever will.”

By inscribing Gibbons’ eyes onto six panels of the textured convex wall on the outer ring, artist Artist Eto Otitigbe has created a monumental portrait. She is the conscience of the institution, the human face of a history that was willfully suppressed and a reminder that history is watching. It wasn’t until 2007 that UVA installed a plaque in the Rotunda acknowledging the role of enslaved labourers in erecting Jefferson’s building. But students demanded more; they convened a competition for a real memorial in 2010 and commissioned the architects in 2016.

A year later, the city and the campus would become the site of a racist rally organized to decry the removal of another kind of historical memorial: a statue of Confederate General Robert E. Lee.

Against this backdrop, the firm and its collaborators, in addition to meeting with the school and community, consulted with the descendants of the enslaved labourers. The design they ultimately decided on is an experiential one – it calls on people and time to complete it: People to bear witness, and time to fill in the missing names of the remainder of the 4,000 individuals whose lives were not counted. In light of recent activism, this intention may be fulfilled. Though the university was unable to officially commemorate the memorial due to the pandemic, it was spontaneously inaugurated by protesters calling for systemic change to the institutions that uphold anti-Black racism and violence.

At UVA, Boston firm Höweler + Yoon led a collaborative project to honour the 4,000 enslaved labourers who built UVA and sustained its daily life.