Artek gets graphic
The renowned manufacturer lends its iconic furniture to German artist Tobias Rehberger, who has used it to captivating effect in the design of a Finnish café. 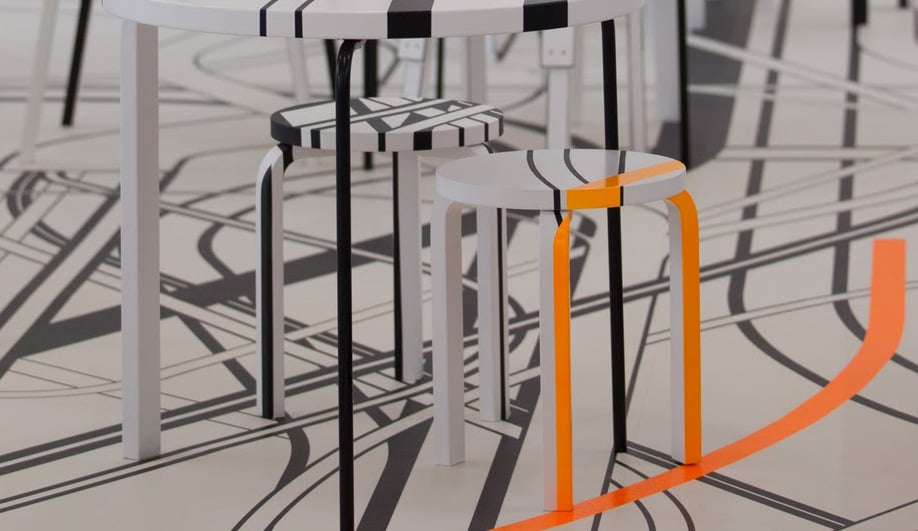 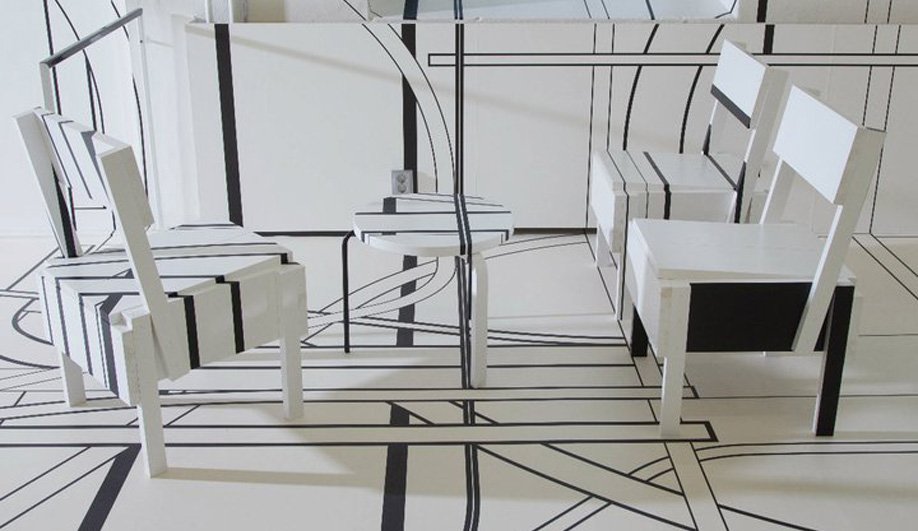 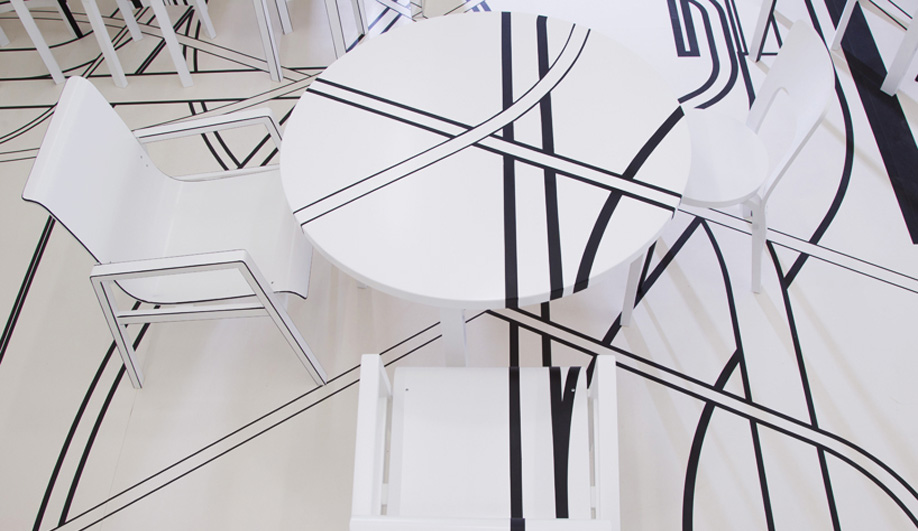 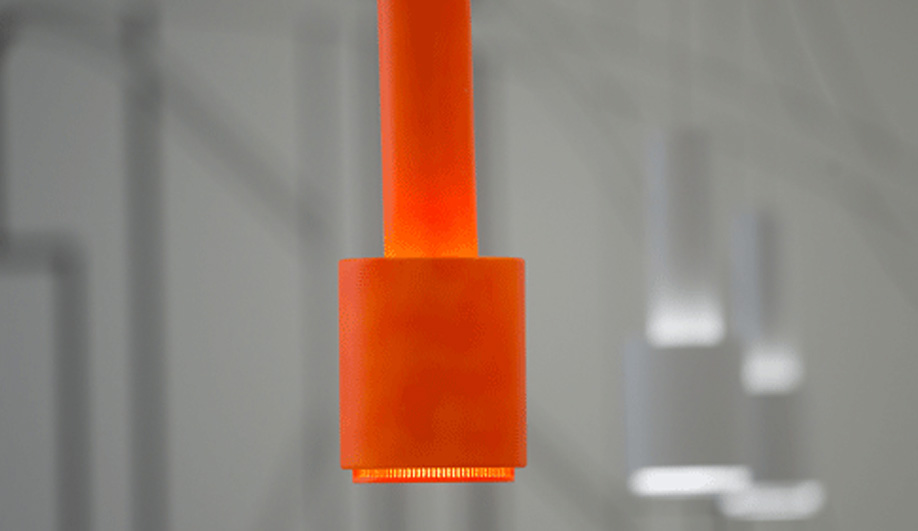 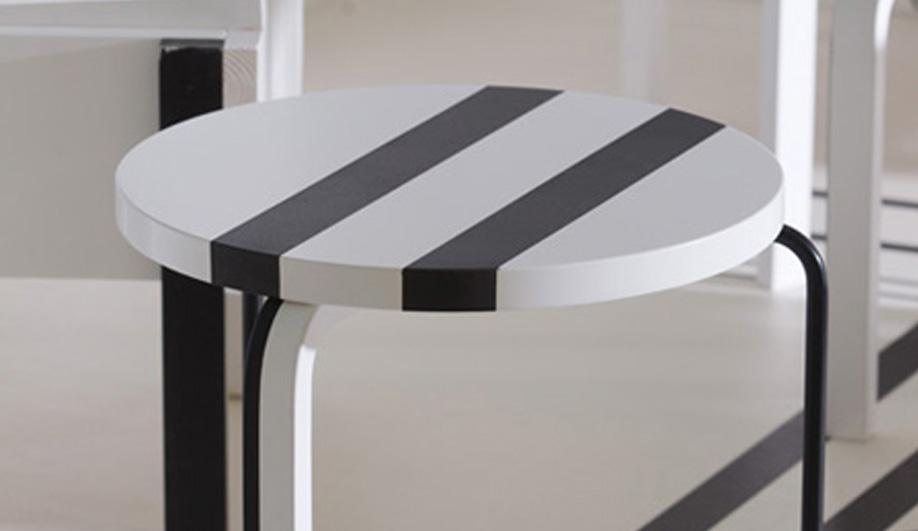 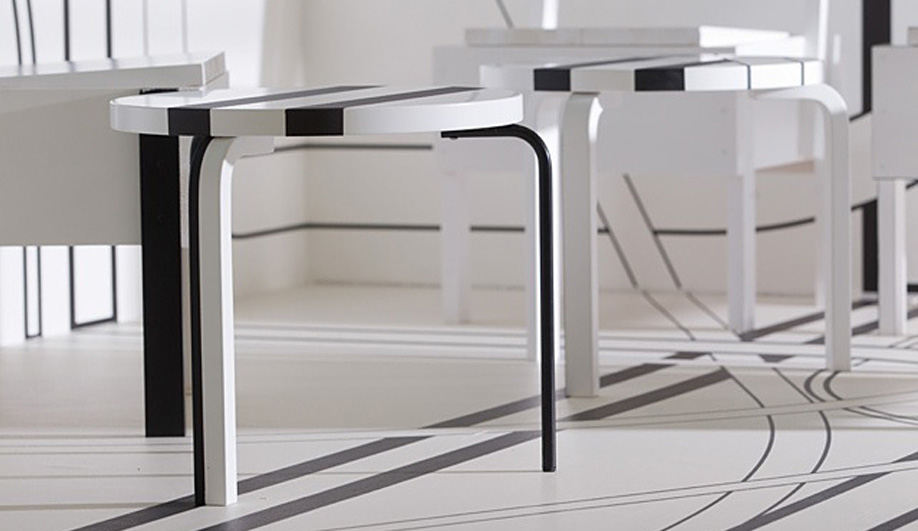 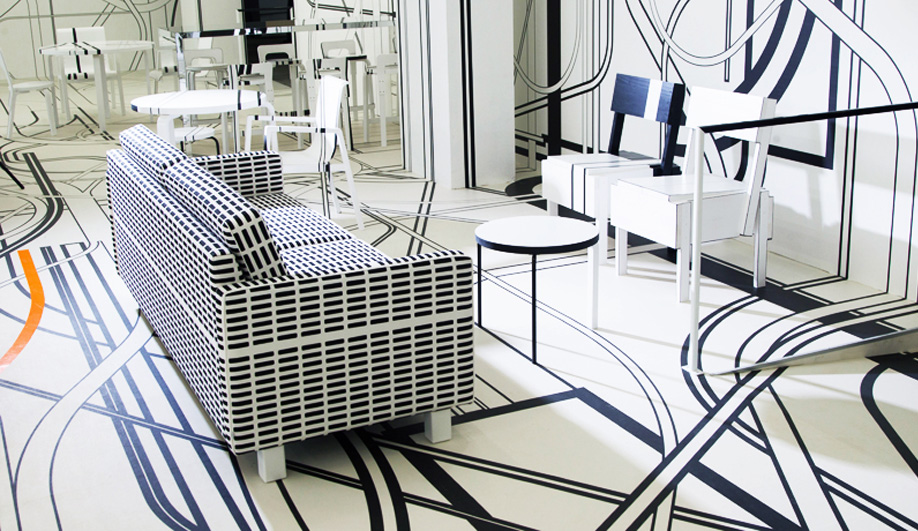 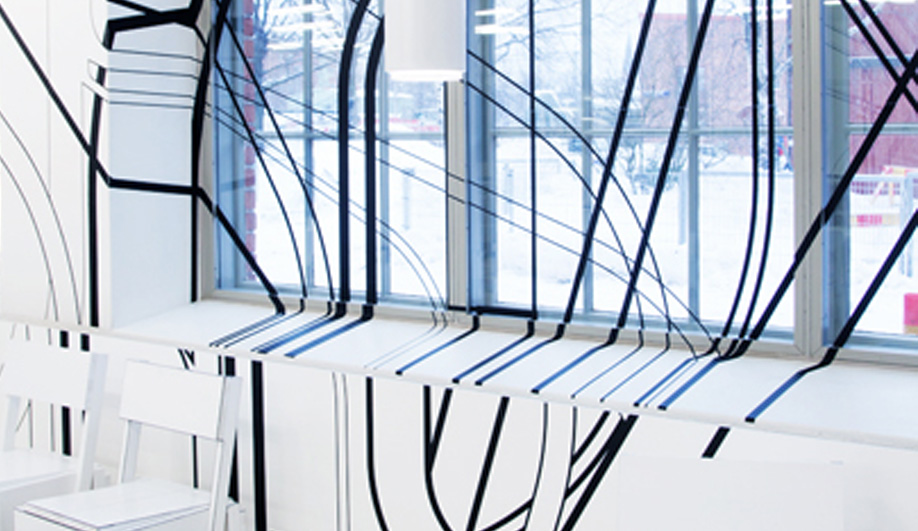 Rehberger’s passion for experimentation is well suited to the city in which his latest project is causing a big stir. Turku has been designated this year’s European Capital of Culture. The Logomo café, located in its core, is a buzzing cultural hub that opened in mid-January to coincide with the festivities.

For its yearlong run, Rehberger’s interior transforms the café into a comprehensive art installation where paint ignores traditional boundaries. While furnishing the space with Artek seating, such as the Stool 60 and Sedia 1 chair, the artist has created his own interpretation on how to utilize the pieces, painting the typically unfinished wood products to blend into the overall scheme. Artek custom designed the one hue – a vivid orange – that weaves through the black and white space as a stripe and as the finish on a pendant light here and there. But the most striking thing about the Turku café is the ensemble effect: an all-encompassing, visually disorienting environment created by a painting method based on the ‘razzle dazzle’ decorative style used to disguise battleships during the First and Second World Wars.

The artist, who began his career in the early nineties, has been exploring the conflict between functionalism and aesthetics for a while now. His conceptual work, which combines painting, sculpture, architecture and design, was originally put to use for Artek in a similar installation in 2009. His camouflage intervention in the cafeteria at the Palazzo delle Esposizioni was even awarded a Golden Lion for Best Artist at the Venice Biennale.

“I like the idea of creating a visual art project which is about ‘not seeing something.’ The sculpture I created for Turku is based on the same concept as the one in Venice,” says Rehberger. “It applies a completely different pattern to the space, but despite its very different look, it should have the same dazzling effect.”

Tobias Rehberger’s art installation/café is on view daily from 11am to 7pm through December 18, 2011.