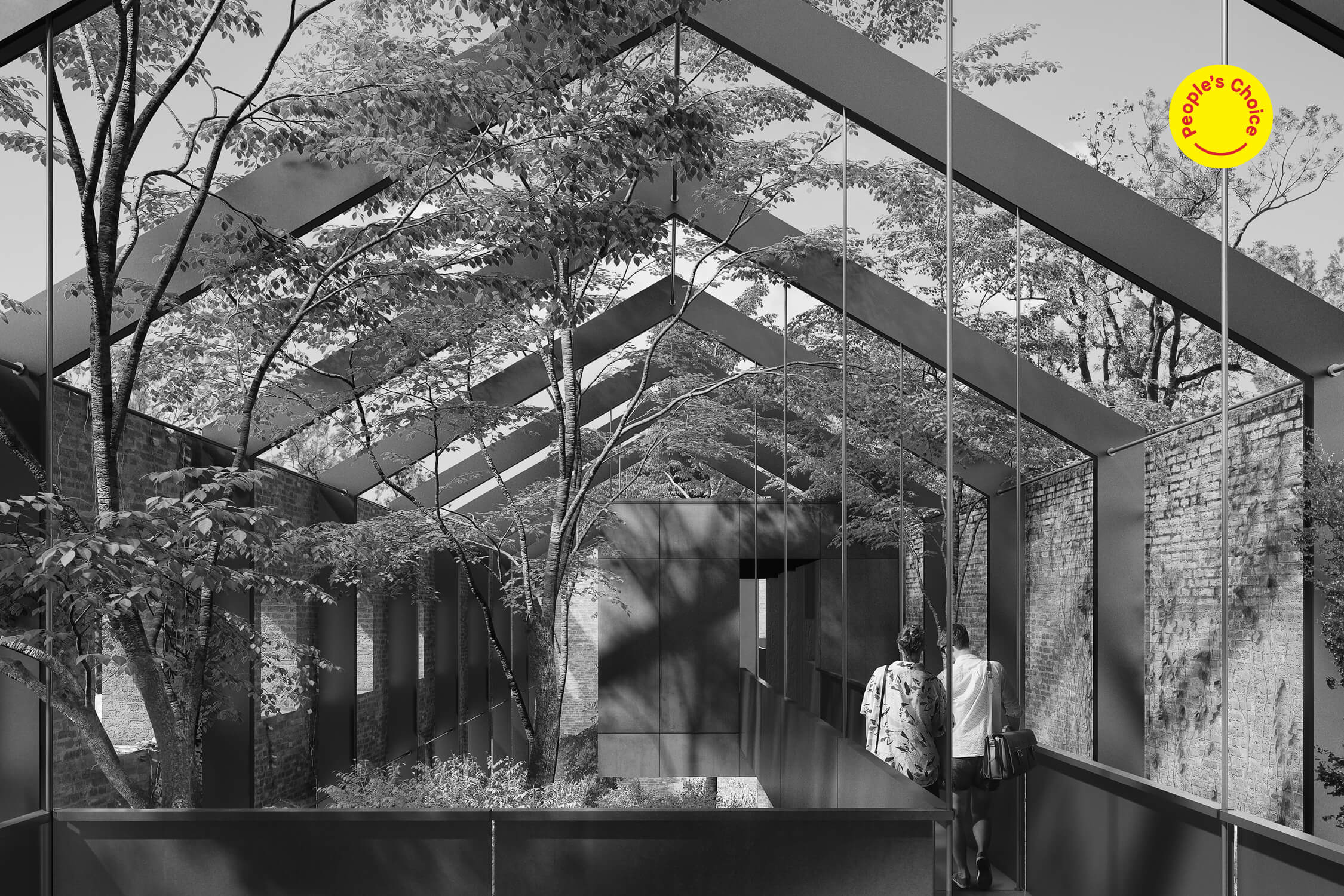 The M’Bopicuá saltery – or, rather, what’s left of it – is a vine-covered relic from the 19th century, when the business of packing and curing meat was the main economic driver in Uruguay. The
forest has slowly reclaimed the decaying plant, which was shuttered in 1878. Nicolás Franco Schicke, an architecture and design student at UdelaR in Montevideo, has a scheme, called Ruina, to preserve not just the structure but rather the entire site.

Under his plan, visitors would explore the salter from below (through brick tunnels that once ran underneath the building), from above (via elevated walkways) and from afar (thanks to pavilions situated nearby). Franco Schicke’s design is minimally invasive. The goal isn’t to reconstruct the salter but rather to enable visitors to see it as it is, in all of its crumbling, verdant splendour. 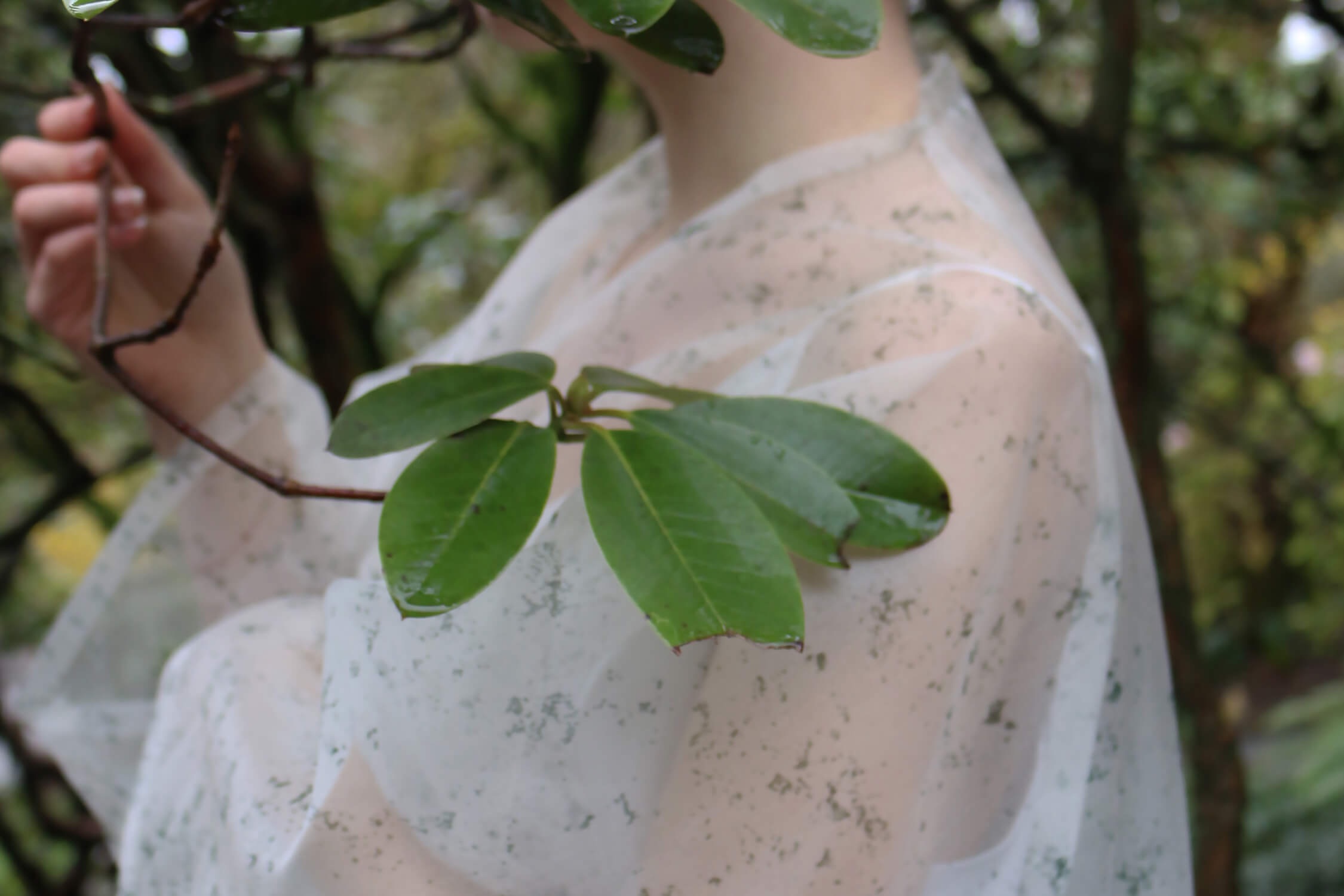 We are, all of us, suffering for fashion. Our ecosystems are suffering, too. The clothing we wear today will be the trash we take out tomorrow. Every time we do a load of laundry, toxic nanofibres poison our water system. Plus, the textile and garment industry contributes hugely to carbon emissions and, ultimately, to climate change. That’s why Roya Aghighi, a student at Emily Carr University of Art + Design, developed Biogarmentry, the world’s first living, non-woven textile, which is compostable and made of photosynthetic organisms. The material, invented with scientists at the University of British Columbia according to a proprietary formula, is entirely non-toxic. What’s more, it is an active air purifier: Its cellular content converts carbon dioxide into oxygen. Once it’s brought to market, Aghighi’s invention has the potential to revolutionize fashion. Dressing up may be fun, but dressing green is better still. 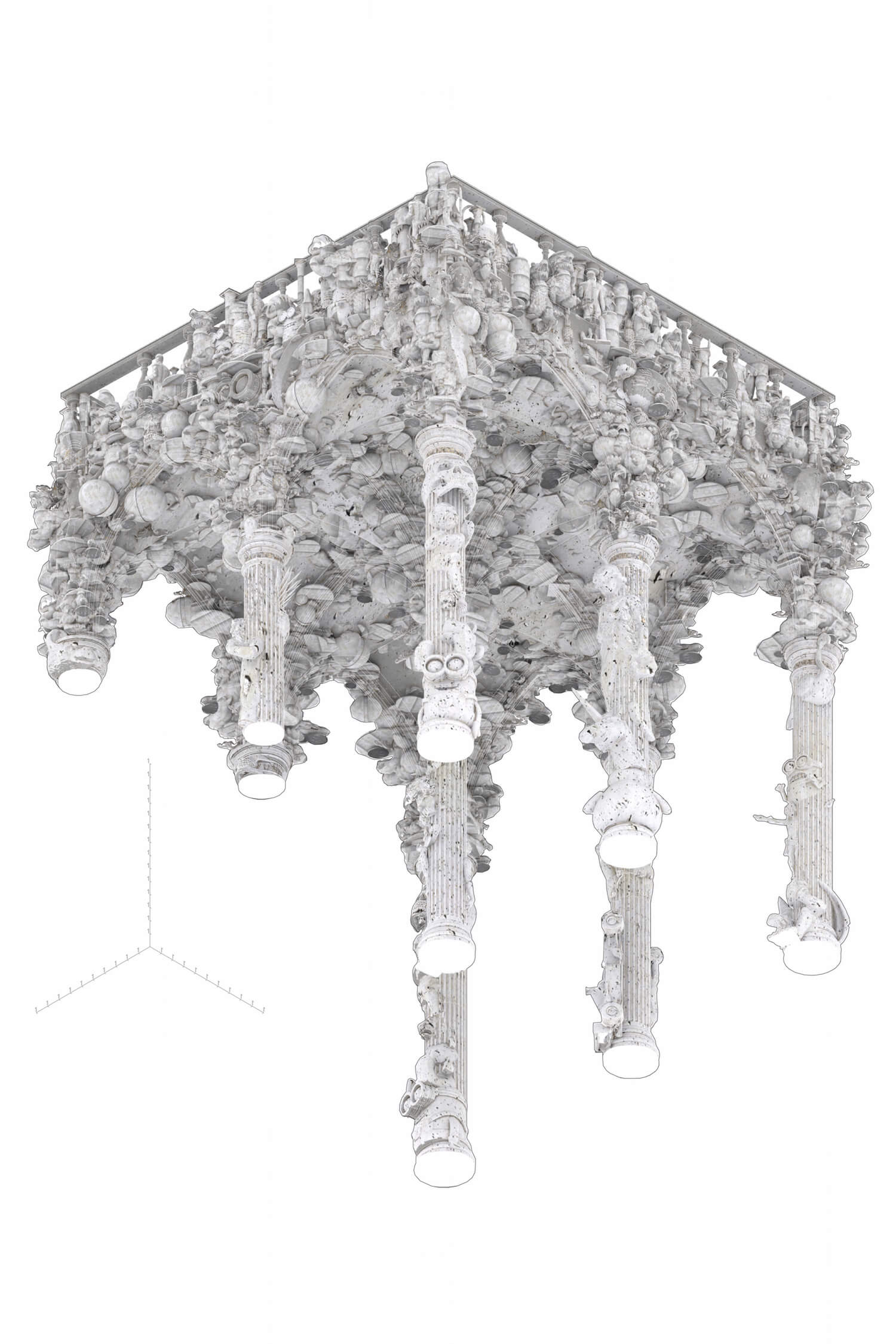 The Coscienza Intuitiva, a conceptual piece and the thesis project
of Italian student Federico Fauli, belongs to no particular era in design history – or, rather, it belongs to multiple eras at once. Fauli’s speculative tower, envisioned for the Piazza Caracciolo, in a once-thriving Palermo marketplace, would be constructed using the debris of the past. Imagine a mixed-media assemblage of old cupolas and colonnades, gables and gargoyles, all piled on top of each other, like a Robert Rauschenberg work, if Rauschenberg did architecture. The envisioned structure combines these antique ruins with more recent found objects, such as discarded toys and outmoded electronics. It would stand as a monument to human waste and industriousness. Like time itself, it would be endless.