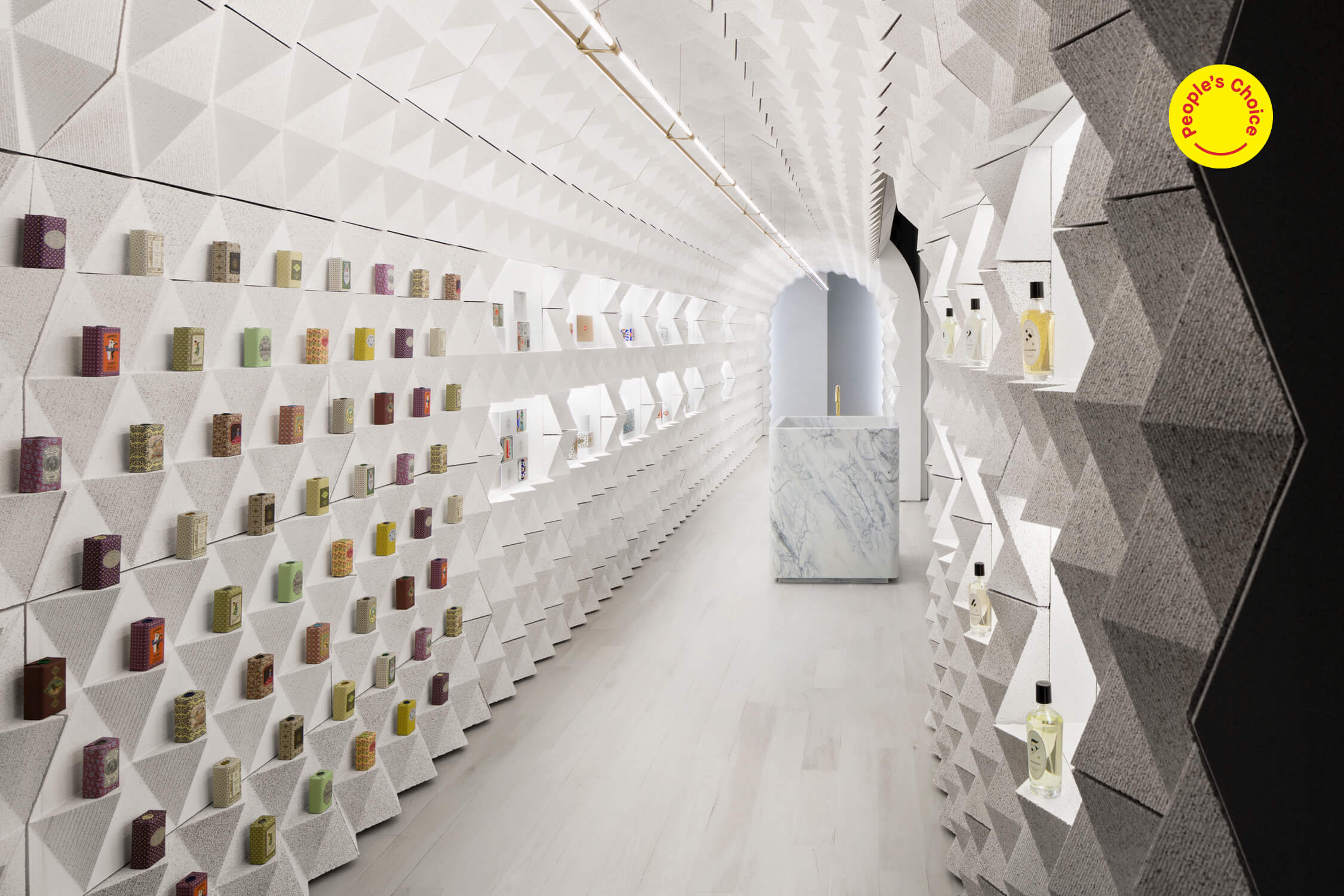 Claus Porto’s New York outpost – the Portuguese beauty and fragrance house’s first international store – is located in Manhattan’s Nolita district, just a block away from the Bowery. Distinguished by 1,500 faceted diamond tiles, a stunning 13-metre-long white-cork arch both lures shoppers into the space and doubles as unique display shelves for the luxury brand’s colourful merchandise. The feature alludes to significant Portuguese buildings, its shape evoking Porto’s São Bento Railway Station and its faceting a nod to the facade of Lisbon’s Casa dos Bicos. The boutique’s centrepiece – a monolithic Estremoz-marble wash basin – vies for an equal share of oohs and ahs. Outfitted with brass fixtures, the basin resembles a church’s baptismal font and celebrates the daily ritual of cleansing and starting anew. 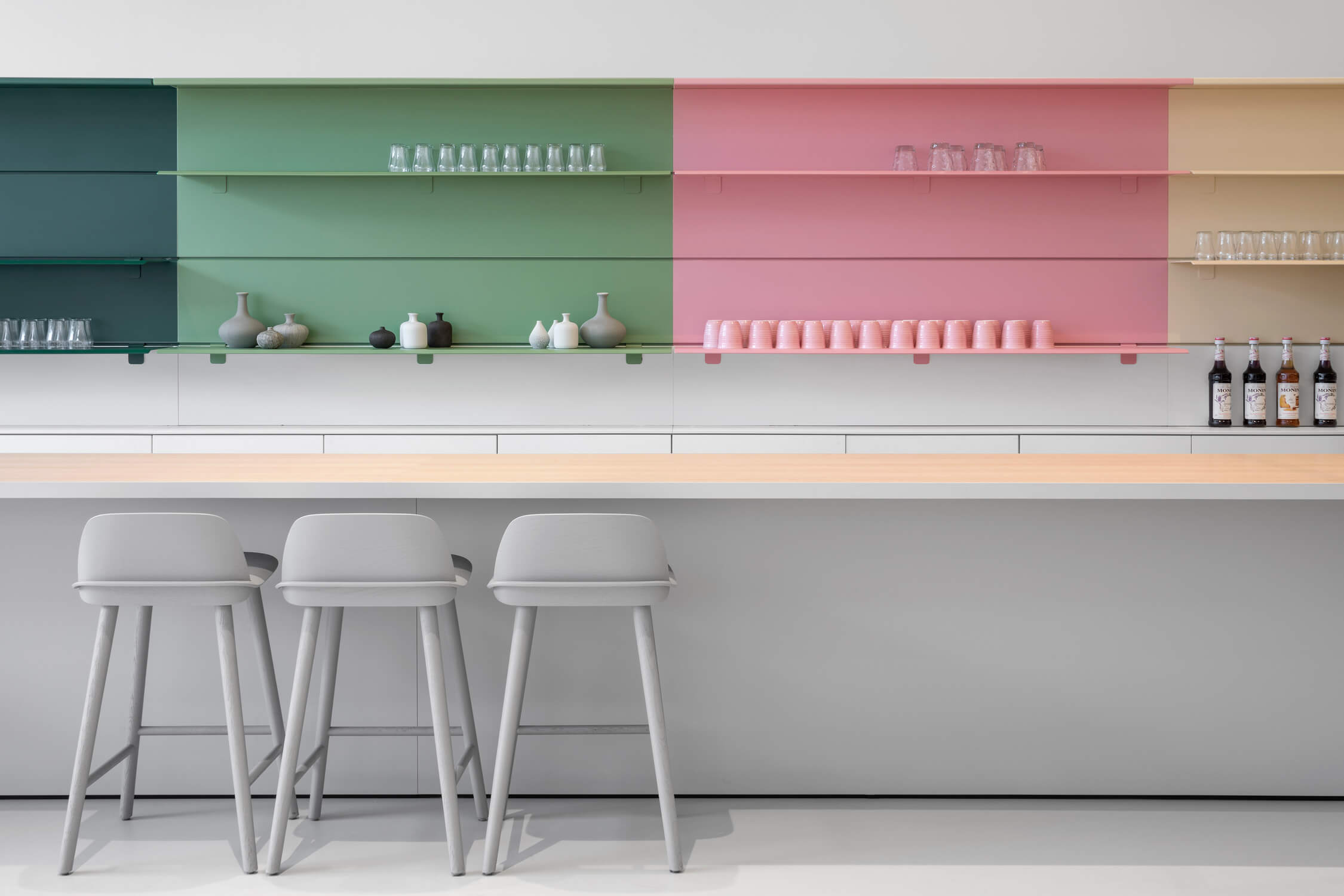 Housed in the interlinking buildings of a former palace, the Princessehof National Museum of Ceramics in the Dutch city of Leeuwarden celebrated its centennial in 2017 by unveiling
an extensive 1,200-square-metre renovation. The surprisingly modern intervention by Amstel-based i29 Interior Architects layers simple minimalist elements over the historic framework to create a new ground-floor exhibition space for the permanent collection as well as a new ticket area, tearoom, gift shop and garden. Split levels and contrasting colour schemes define different parts of the new open entrance hall. The renovation provides clarity to a floor plan that was formerly a maze and also makes it a more appealing venue for meetings and events. 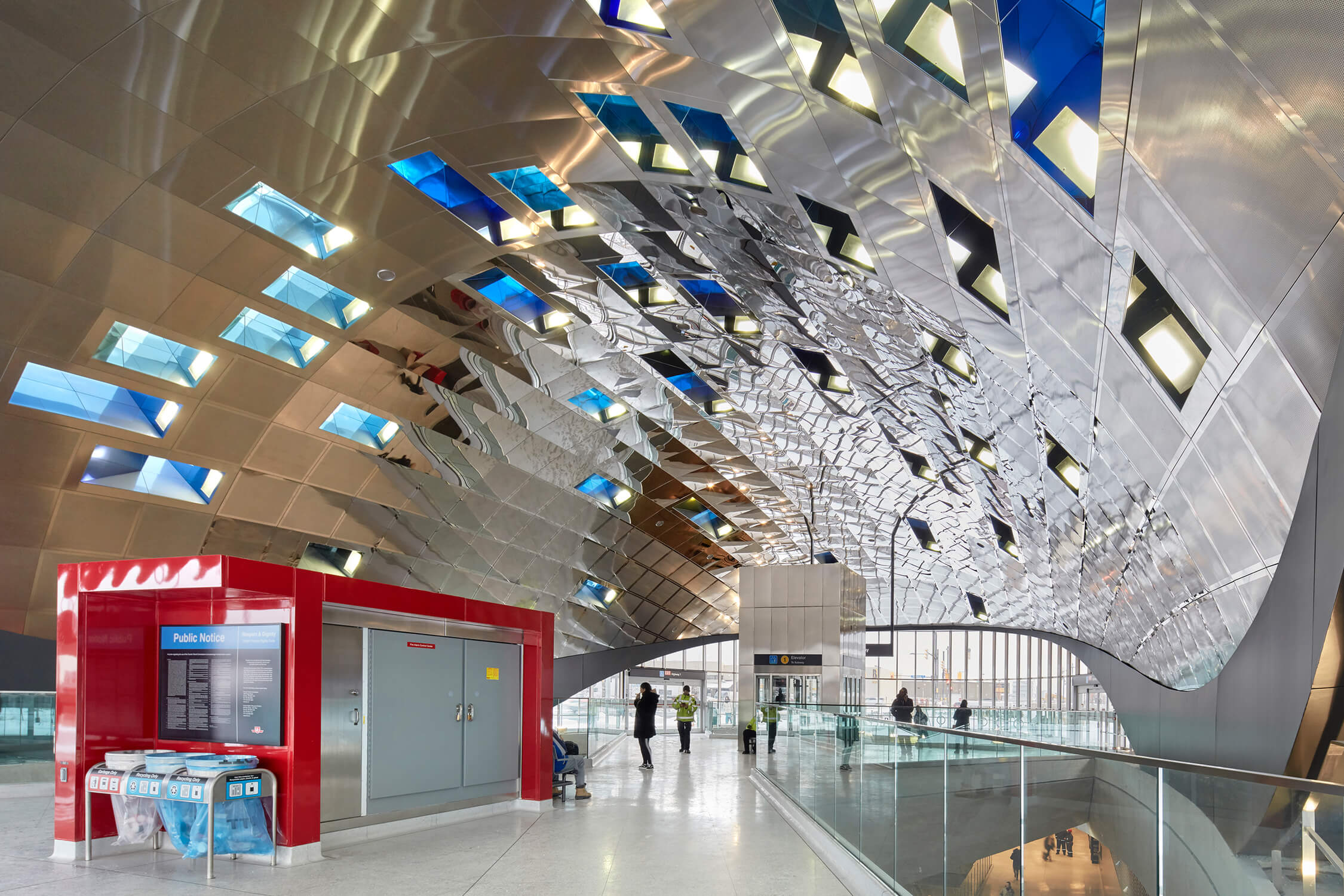 Vaughan Metropolitan Centre Station, the northernmost terminal of Toronto’s recent subway extension, was designed by Grimshaw with Arup Canada. A highlight of the ovoid building’s interior is the integrated public art that serves as its vaulted ceiling – a scintillating feature, designed by Paul Raff Studio Architects, that not only enhances the commuter experience, but has also given the station an instant sense of place. Like a reverse disco ball, steel panels reflect and multiply images from below, producing a passive kinetic effect that transforms criss-crossing travellers into blurred swarms resembling schools of fish or flocks of birds. The whole is vaguely Calatravaesque, but with considerably more sparkle. A measure of its appeal is how frequently – and enthusiastically – the feature is Instagrammed.