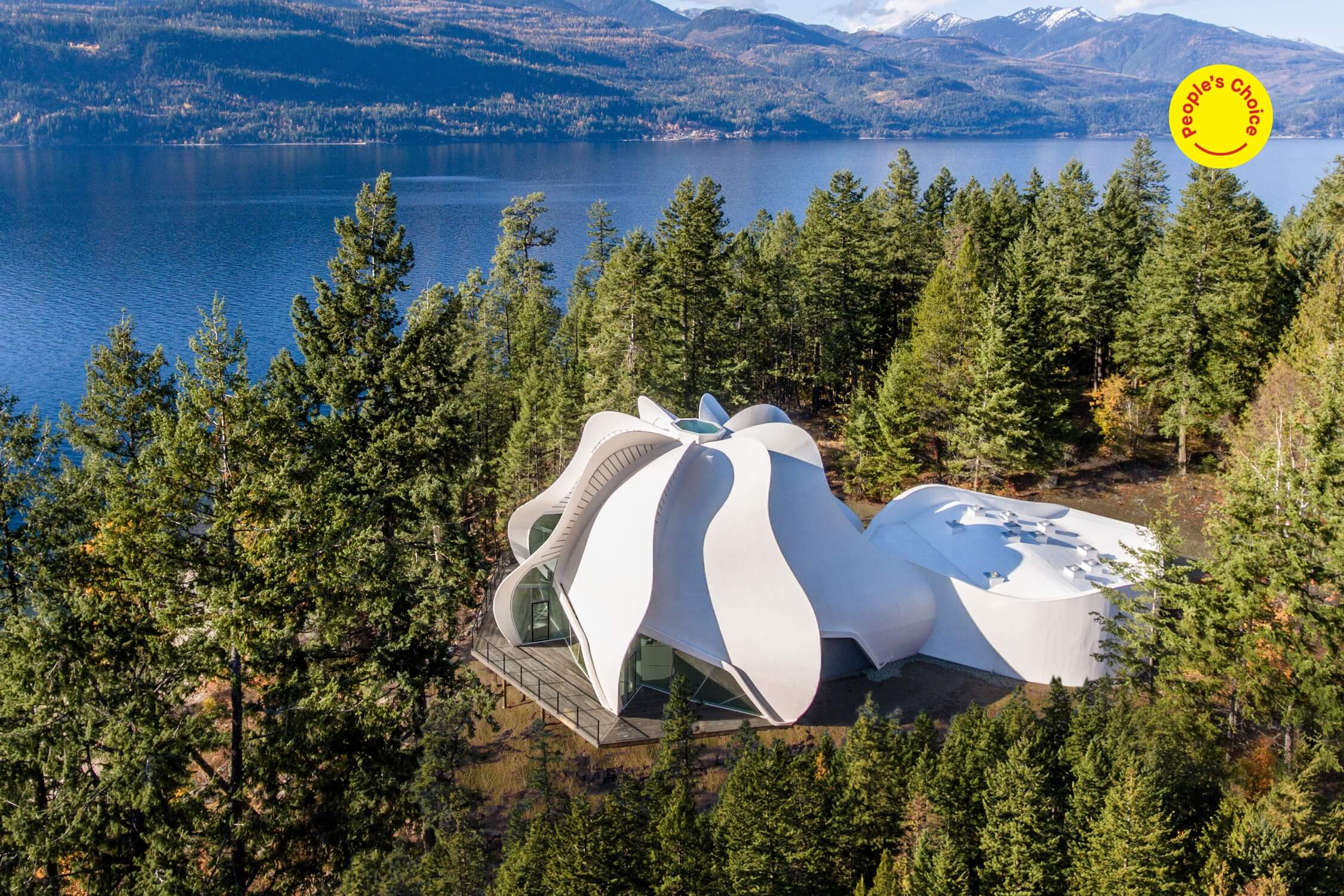 In 2014, Yasodhara Ashram, a yoga retreat and study centre in Kootenay Bay, B.C., lost its temple in a fire. The blaze was devastating, but it presented an opportunity to build something better. In June 2018, the ashram community celebrated the opening of its new Temple of Light, designed by Vancouver firm Patkau Architects and situated on the footprint of the original sanctuary. The nearly 11-metre-high dome comprises eight sweeping “petals” made of engineered timber and arranged like a flower that’s about to bloom. Glass panels demarcate the spaces between the petals, which are set at irregular angles to mitigate the acoustic problems – echoes, harmonic resonances – so often associated with dome-shaped spaces. Like nature itself, the building is both structurally sophisticated and undeniably beautiful. 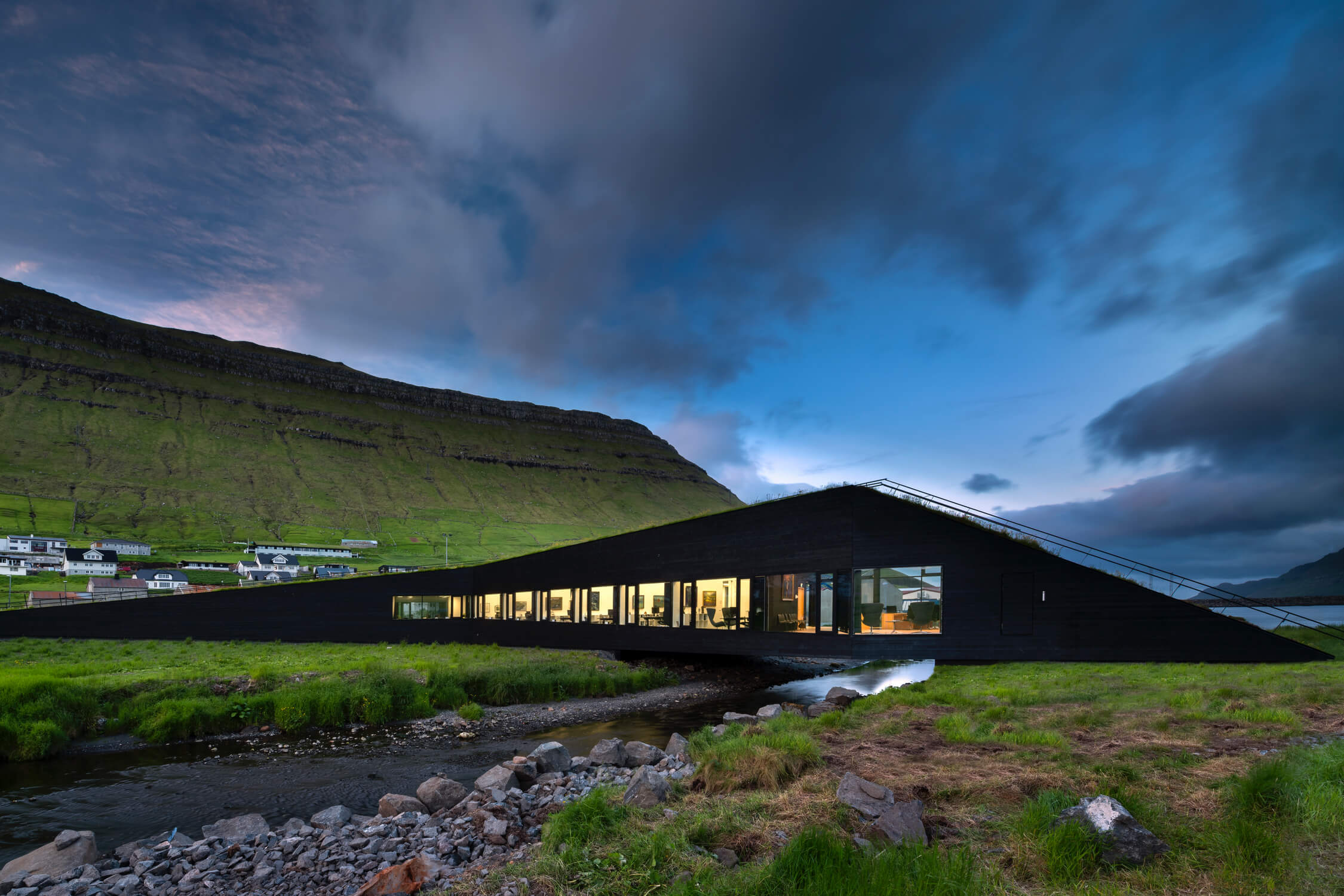 When designing the Eystur Town Hall – a civic centre in the 2,100-person municipality of Eysturkommuna, in the Faroe Islands – Ósbjørn Jacobsen, of the Danish firm Henning Larsen’s local office, had two influences in mind. First, there was the Republic of Venice, where the bridges drew large numbers of people and consequently became hubs of commerce and culture. Second, there was Faroese vernacular design, whereby buildings, typically clad in rough wood and topped with a mossy roof, seem to blend into the landscape.

Jacobsen’s hall is a literal bridge – a pine-clad, sod-covered volume built around a steel core – that spans the mouth of a river in the centre of town. The prismatic design bespeaks modernist sophistication, but the work is at one with its natural surroundings. During meetings, the mayor and eight other counsellors sit around a window installed in the floor; when they look down, they sometimes see trout swimming in the water below. 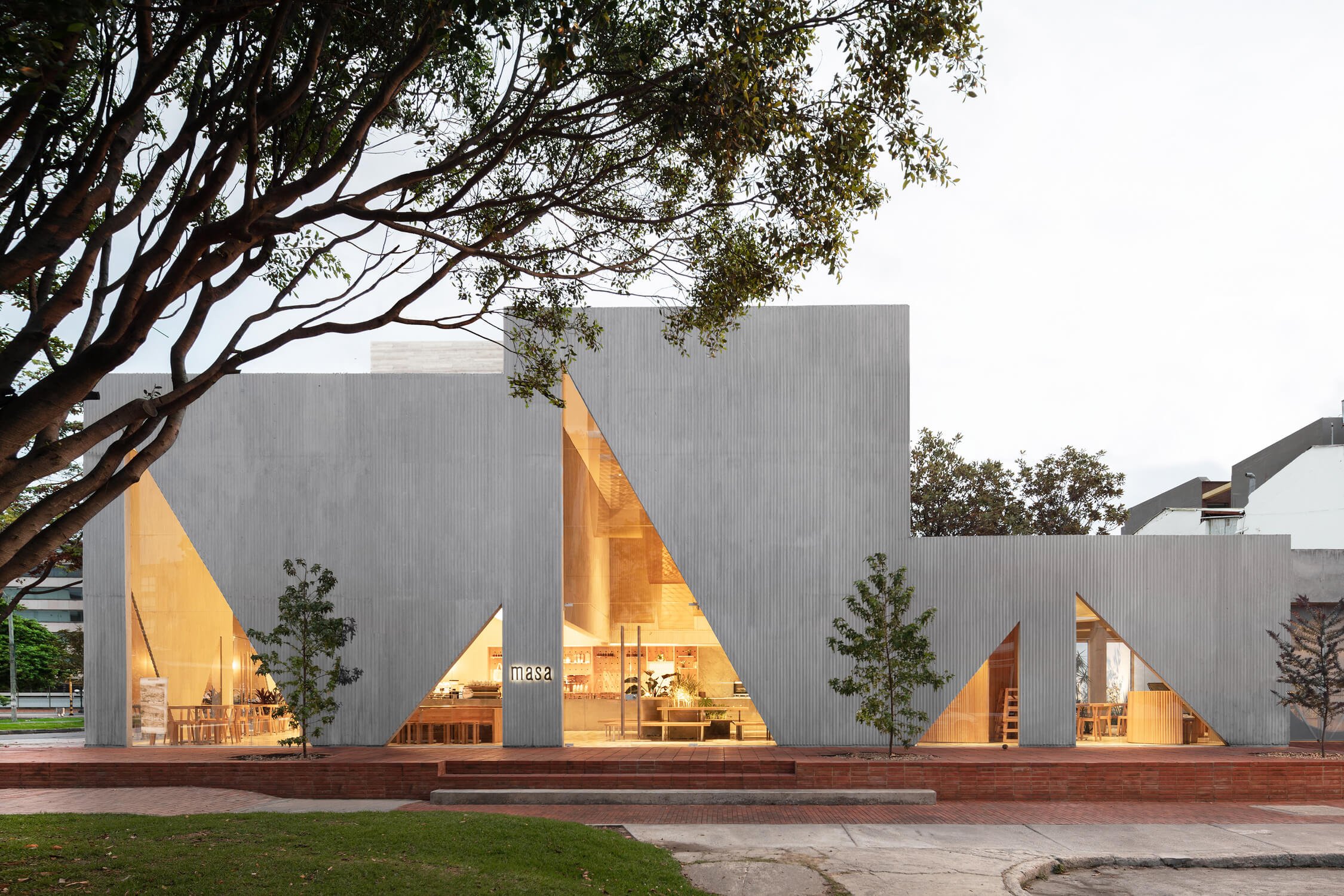 Masa café and bakery in Bogotá, by the Colombian–American practice Studio Cadena, proves – once and for all – that you don’t need opulent materials to build something spectacular. The bakery’s most distinctive feature is its textured concrete shell, which gives way to massive triangular windows as pointy as sharks’ teeth. This accent is every bit as dramatic as something Louis Kahn would’ve done, yet it’s playful, too. Similarly, the interior furnishings – heavy concrete coffee bars displaying delicate pastries and terrazzo-tiled floors with comically large chips – have both gravitas and whimsy. The best thing about the complex is the open-concept interior. Wherever you are in the building – be it the café, the restaurant or the retail space – you’ll be surrounded by the aromas
of butter, flour and yeast.