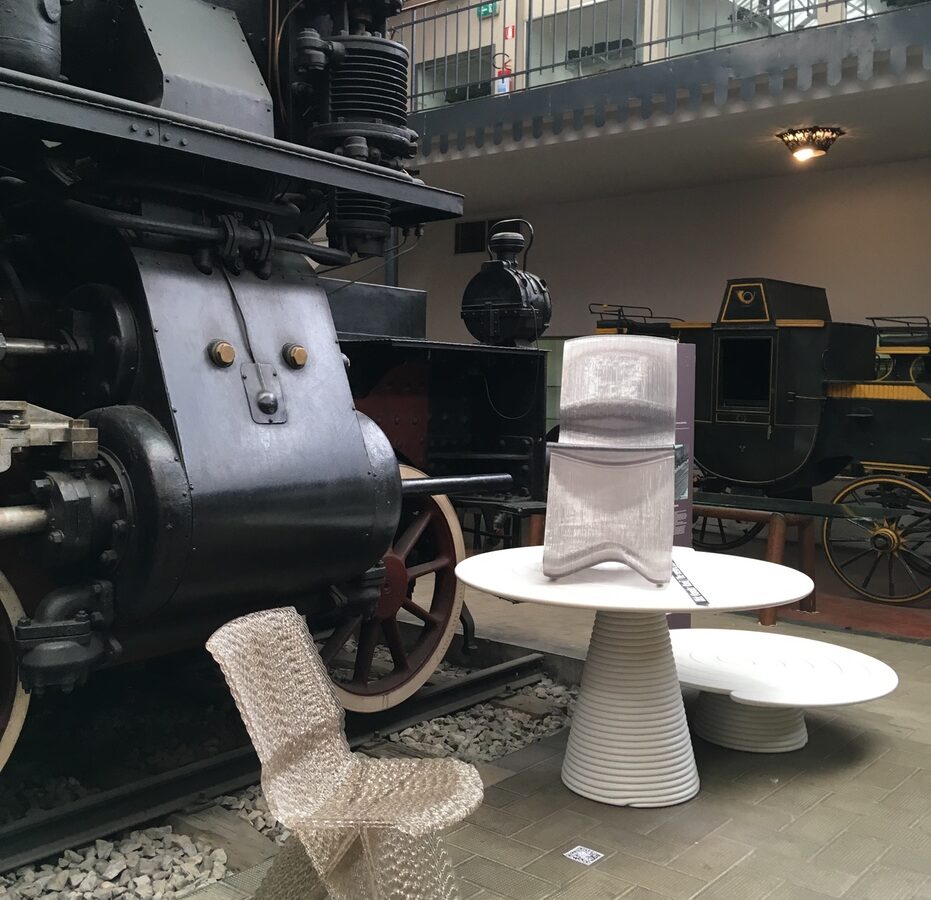 Is recycled plastic having a moment – or is it the stuff of a movement?

Everything Rossana Orlandi touches turns to gold. The Milan design gallerist’s penchant for talent scouting has launched careers and elevated brands. So when she turned her attention to the global plastic problem, it was understood that she’d be making an attention-grabbing statement. Her Guiltless Plastic endeavour unveiled itself in a number of guises – foremost in Plastic-Master’s Pieces, a jaw-dropping display in the Railway Pavilion of the science and technology museum. Art–design pieces unfurled in a range of works as varied as their creators, from Piet Hein Eek’s giant head sculpture made of scrap electronics to Matteo Cibic’s far more polished Cabinet-Oh!, moulded from unprocessed waste.

It was impressive. But what did it mean? Lauded in international media for transforming “plastic trash into treasures,” the showcase was an imaginative way of addressing the issue. Meanwhile, more practical solutions were presented elsewhere. Salone del Mobile featured numerous furniture manufacturers (including Kartell and Vondom) incorporating eco-polymers into large-scale production processes. While Orlandi’s show-case spoke to a rarefied realm, it existed on the same visionary wavelength as Paola Antonelli’s Broken Nature exhibition at the Triennale – both were powerfully inspiring. Yet it made one wonder if the point was to rehabilitate plastic itself, to fix its image or to soothe our own guilt.

The Belgian design curator Jan Boelen has questioned the design world’s new-found fixation, arguing that recycling only props up the plastic economy. He may have been more impressed by COS, which erected a massive modular 3D-printed installation, by architect Arthur Mamou-Mani, exploring how to make architecture from starch-based building blocks. If the future is still plastics, then this is it.

Is recycled plastic having a moment – or is it the stuff of a movement?