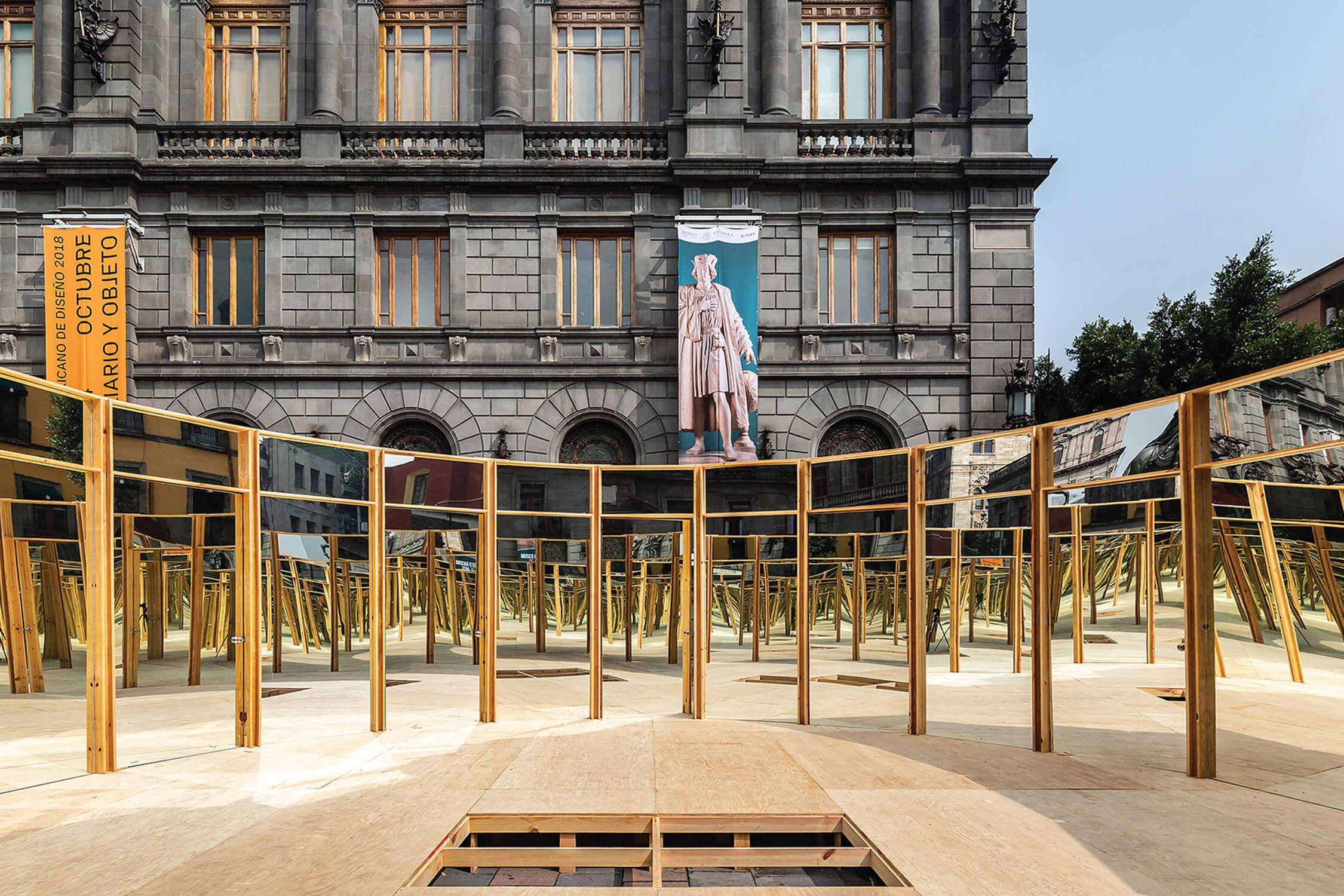 Local is a funhouse installation in a central square in Mexico City. The designer, Antonio Morodo of the Mexican firm MRD Arquitectos, created a circular edifice made of wooden studs and sheets of plywood. Visitors enter through one of a dozen doors whose colours match the 12 major subway lines in town. They then find themselves in a hall of mirrors where their own image is multiplied infinitely. The installation is a comment on civic life: Visitors see themselves as one face among many in a seemingly endless crowd. It’s also an ad hoc performance space, attracting magicians, dancers and shamans. In short, it is a place of serendipity – a venue for the kind of spontaneous happenings that so frequently occur in North America’s most populous city. 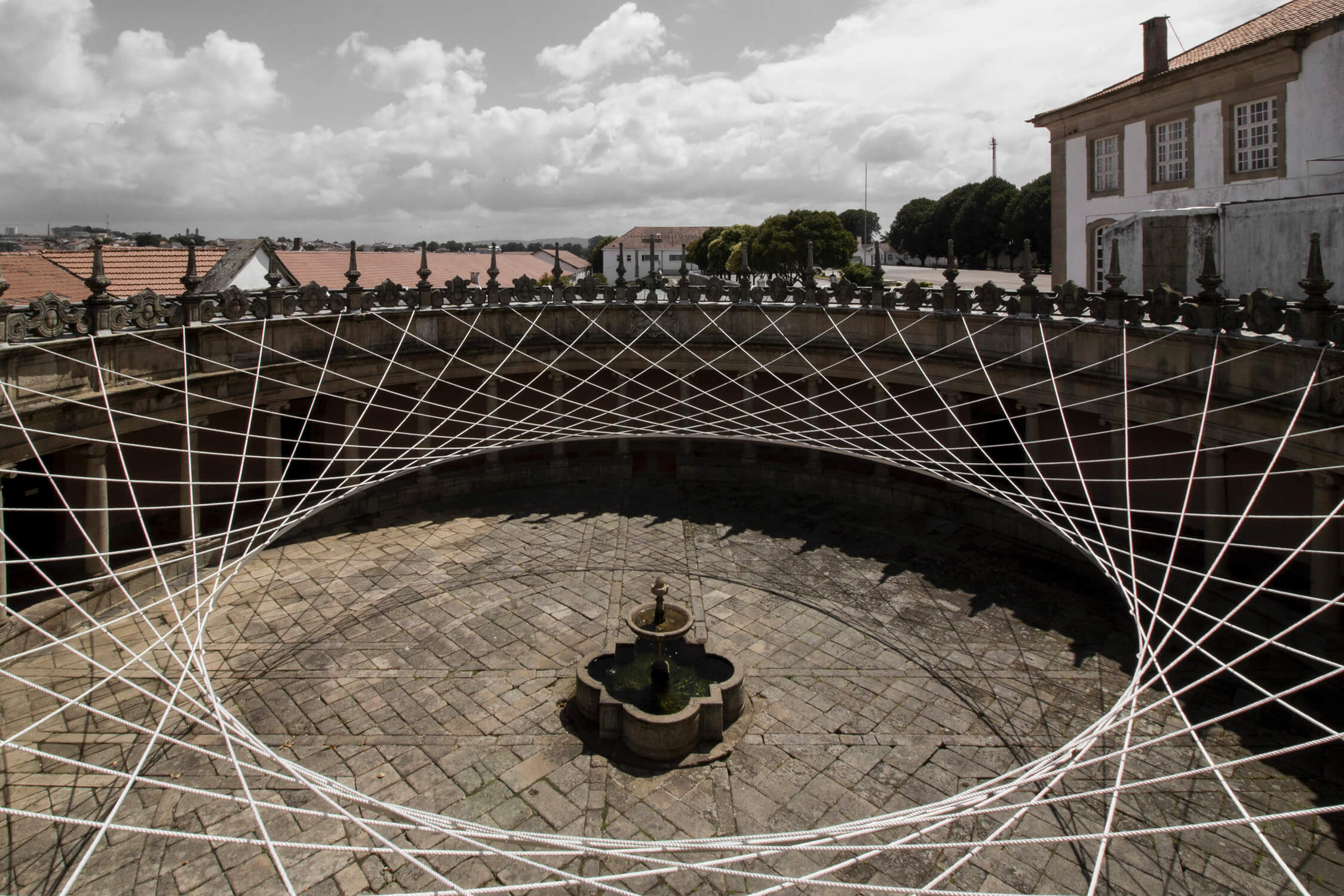 When the University of Porto invited Xavier Monteys, a Spanish professor of architectural design, to give a lecture in town, they told him to choose his own venue. The topic of Monteys’s class – a collection of Le Corbusier drawings of Mallorca, intended to be seen in the round – was perfectly suited to one particular site: the 16th-century Monastery of Serra do Pilar.

In the monastery’s circular cloister, the number of intercolumniations matches the number of Corbu sketches exactly. To exhibit these pieces, architects Marta Sequeira, Pedro Matos Gameiro and Carlos Machado e Moura devised Carnet C10, a web of white cable that hung from the stone walls of the monastery and supported an aluminum ring floating in the centre of the cloister. It was in this inner circle – surrounded by Le Corbusier’s striking images, in a classical building ingeniously made new – that Monteys delivered his talk. 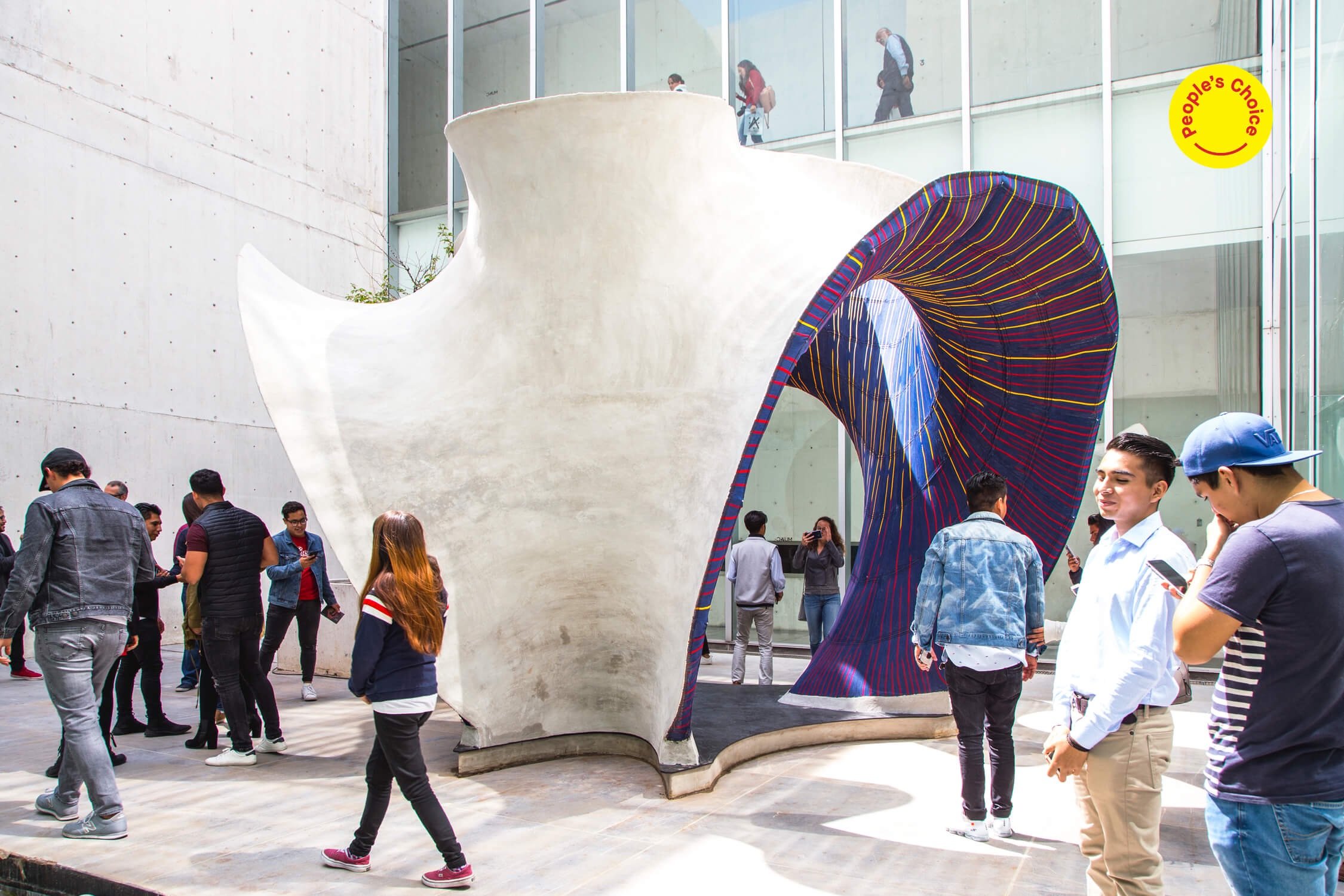 KnitCandela, a sculptural pavilion at the Museo Universitario Arte Contemporáneo in Mexico City, is named after Félix Candela, the Spanish and Mexican architect who used thin concrete shells in his many iconic buildings. Candela created his shells by layering wet concrete atop bulky wooden formwork. But Philippe Block – a co-director of the Zurich-based Block Research Group and the creator, alongside Zaha Hadid Architects, of KnitCandela – discarded this resource-intensive approach, opting instead for lightweight formwork made of polyester yarn. Using a knitting machine, Block produced four strips of textile that, when mounted on steel supports, became a mould strong enough to hold wet concrete. In the future, this approach to casting will save builders time and money – and cut down on waste. The KnitCandela sculpture weighs five tonnes, yet the formwork material was so lightweight that Block brought it with him, from Switzerland to Mexico, in his checked baggage.