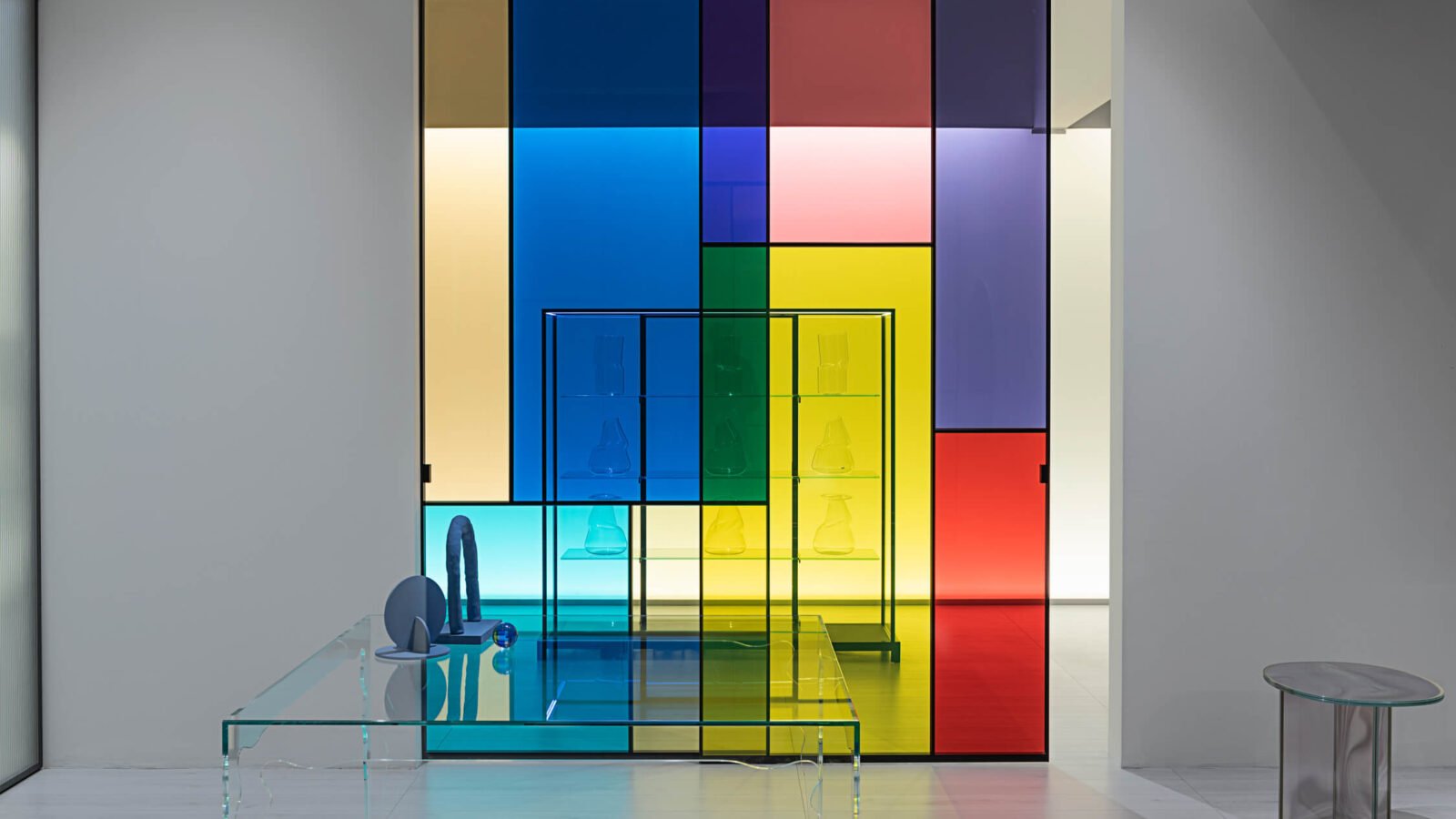 The transparent material’s endless possibilities were explored in everything from doors to lamps.

One of the most captivating installations of Ventura Centrale, inside Milan’s decommissioned train sheds, was Emergence of Form by Japan’s AGC. To demonstrate its architectural glass offerings, the company erected a series of increasingly concave glass panels – a sort of stop-motion illustration of a water drop forming, which culminated in a final, massive bubble.

While it promoted AGC’s cutting-edge 3D moulding techniques, the installation pointed to the ultra-malleability and dexterity of glass and its ability to be formed in impressive new ways – which also came through in the smaller-scaled offerings of Milan Design Week. Glas Italia, for instance, showed off the Bisel tables, made of five differently coloured layers of five-millimetre-thick laminated glass, while FontanaArte debuted the Lasospesa lamp by Stefano Boeri – the brand’s only new launch at Euroluce – in a selection of finishes. Nendo and WonderGlass, meanwhile, awed with their Melt collection, for which molten glass and gravity combine to create arched forms in chairs, tables and vases.

Multi-hued glass is elevated in Piero Lissoni’s Sherazade Patchwork door (which comes in a range of crystal finishes) and Patricia Urquiola’s Bisel tables (below). The latter are made by layering five thin sheets of glass, each treated with different coloured films.

In Lasospesa, a cylindrical lamp in frosted borosilicate glass is suspended within a second cylinder that diffuses the glow. Designed by architect Stefano Boeri, the light is offered in four shade options, which include striped, copperized and smoky finishes.

To create the chairs and tables that make up Nendo’s Melt collection, molten glass is poured into a square frame where artisans texture it with iron trowels. Once cooled to a solid-yet-pliable state, the glass is moved to a U-shaped mould, where it sinks and stretches into its final gravity-influenced shape.

The transparent material’s endless possibilities were explored in everything from doors to lamps.