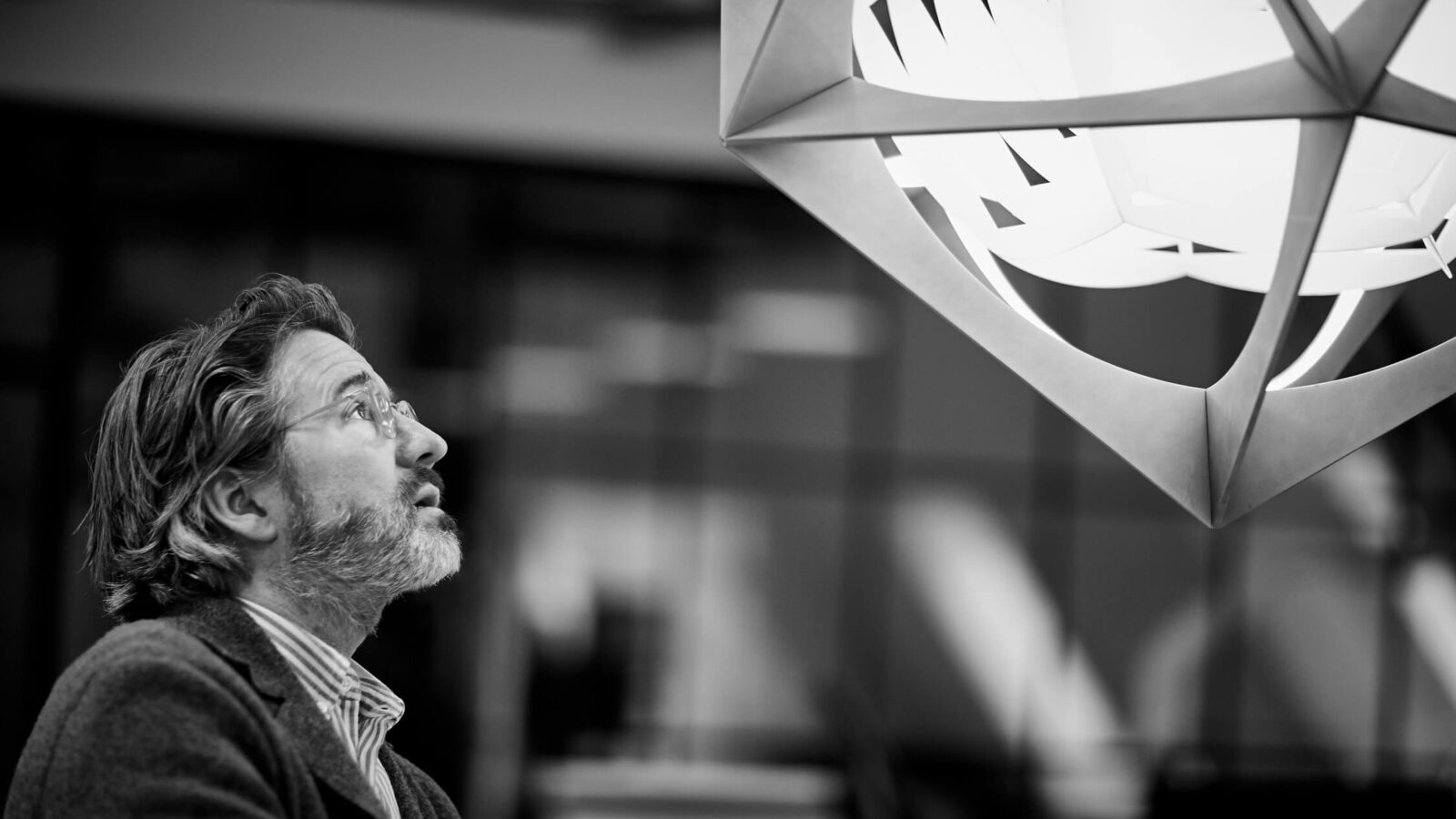 The Icelandic-Danish artist takes a favourite medium – light – and sculpts it into the OE Quasi fixture.

Olafur Eliasson’s ever-expanding oeuvre encompasses both atmospheric installations and tangible products. The Icelandic-born artist has always been enamoured of light, the focal element of works that range from The Weather Project at London’s Tate Modern to his palm-sized solar lamp Little Sun. Azure caught up with him during Euroluce, where he launched a new pendant lamp – the aluminum and polycarbonate OE Quasi Light – with Danish brand Louis Poulsen. It captures his preferred medium in a boundary-pushing sculptural form.

You’ve often worked with light in your art. How is creating a product for a manufacturer such as Louis Poulsen different?

My artworks involving light are unique and hand-
made in my studio. So I wanted to do something that was produced with industrial materials and industrial processes and that still had an artistic quality. I don’t all of a sudden consider myself a designer – I’m still the same old artist I was before.

What kinds of exploration did the project entail?

One of the things I was curious about was making an inverse lamp with the bones of the structure on the outside and the soft, reflecting material on the inside. Because of LED technology, instead of having one source of light, we can have light incorporated into the very structure.

In Quasi, it’s around the periphery. I have also been interested in geometry and algebra. Quasi’s outer geometry is an icosahedron; its inner form is a dodecahedron. It’s not really something you need to know in order to enjoy the lantern, but these are shapes found in nature – though they’re actually quite rare, because they only occur in quasi-crystalline structures. 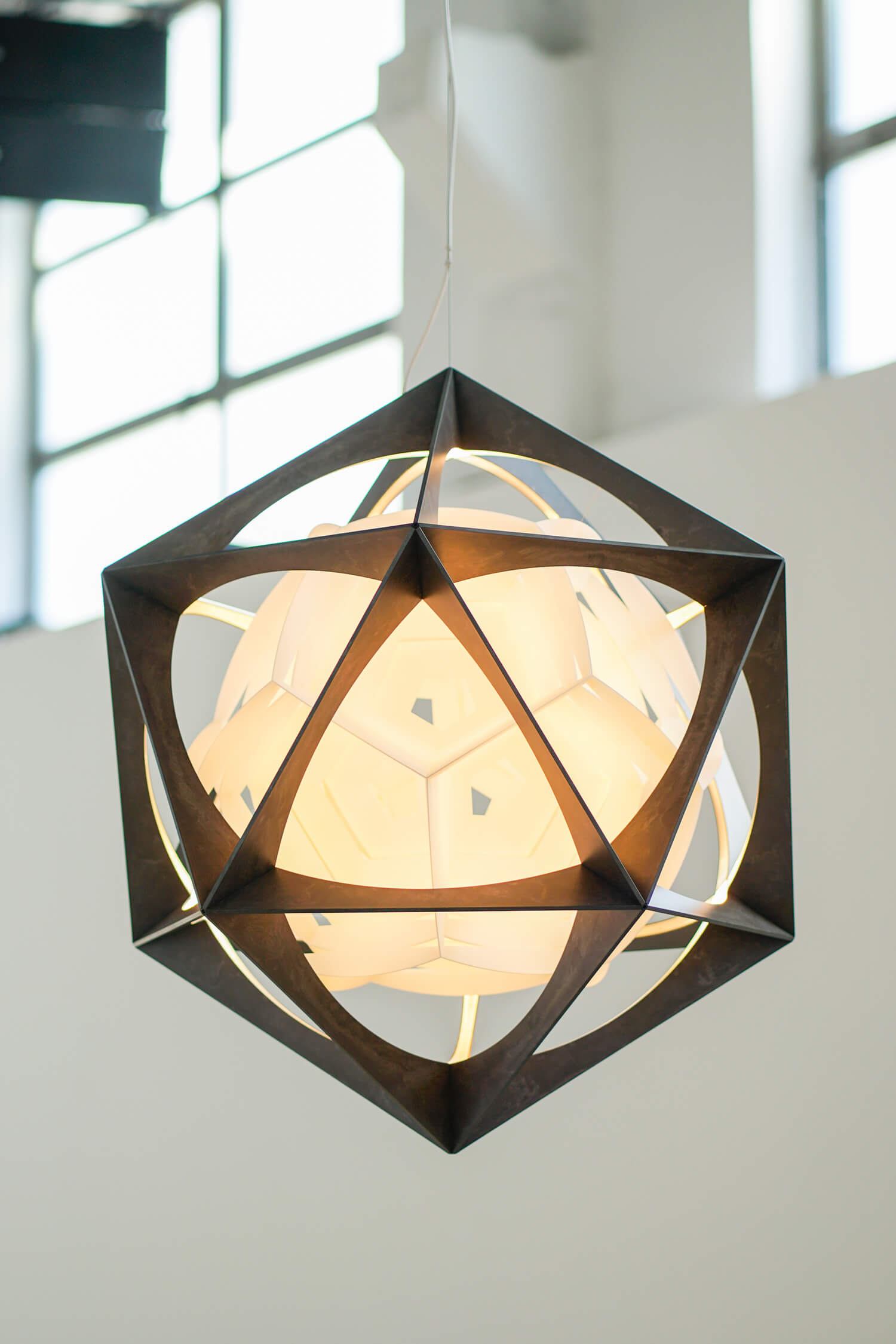 The Quasi Light is so named because its inner and outer forms are based on quasi-crystalline patterns. The fixture is designed for disassembly and recycling.

What about the light’s ephemeral quality?

The aluminum frame itself is a very raw, straight-out-of-casting product: full of the traces of its making, and almost oxidized. And the inner [polycarbonate] shade that bounces the light around is very matte – almost a little powdery – and has a very good reflective quality. The light is dimmable and can be changed from warm to cool. So, even though it’s a sculpture with a specific shape, it will take on dynamic qualities in terms of influencing the atmospheric conditions in a room.

You’re Icelandic but grew up in Denmark. Do you have an affinity for Danish design?

Growing up in Denmark, you take for granted that design is available to the middle class. In that sense, it is not elitist. In society in general, design is integral to having a good life. So it’s exciting to do something outside the art world – something accessible to more people.

The Icelandic-Danish artist takes a favourite medium – light – and sculpts it into the OE Quasi fixture.