Barilla’s Limited-Edition Packaging Design Tackles its Controversial Past
In 2013, Barilla's chairman claimed the company would never use a gay family in its ads. Now, it has partnered with Olimpia Zagnoli on a box that features two women sharing a kiss over spaghetti. 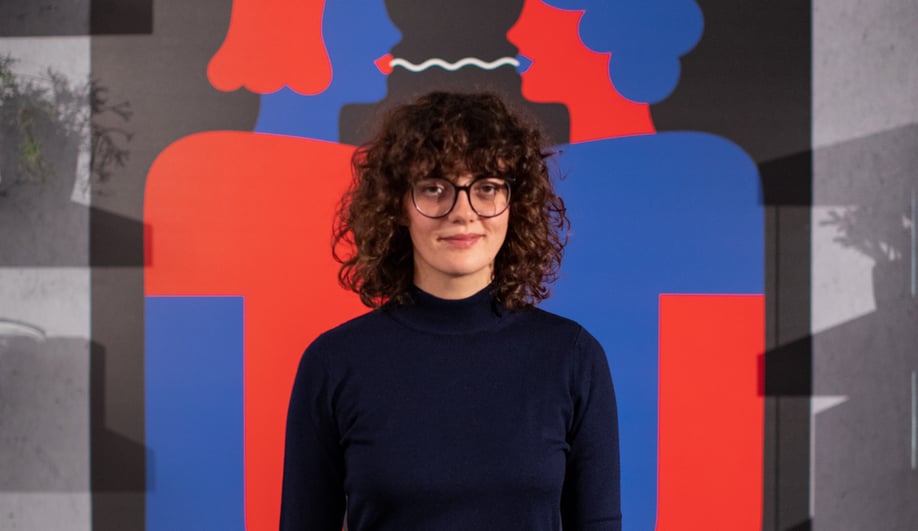 In 2013, Barilla, one of the world’s most prominent pasta manufacturers, faced fierce criticism over homophobic remarks made by chairman Guido Barilla. “I would never do [an advertisement] with a homosexual family, not for lack of respect but because we don’t agree with them,” Barilla told Italian radio station Radio 24. “Ours is a classic family where the woman plays a fundamental role… [if LGBTQ consumers] like our pasta and our advertising, they’ll eat our pasta. If they don’t like it then they won’t eat it and they can eat another brand.”

For the Parma, Italy, company, the reaction was swift: a number of gay-rights groups, including GLAAD and Equality Italia, called for the brand’s boycott. Harvard stopped using its product in their cafeterias. Bertolli, a rival, lobbed back with an ad that claimed “love and pasta for all.” And among those ditching the brand was Milan-based illustrator/designer Olimpia Zagnoli, whose art has been featured in the New York Times, Apartmento and the Guggenheim Museum. More on her in a moment.

Following the backlash, the brand – to its credit – didn’t try to conceal the damage it had done. Instead, the company created a diversity and inclusion board and hired a chief diversity officer, which extended health benefits to transgender workers, launched internal training programs and partnered with advocacy groups such as GLAAD, Catalyst and the Tyler Clementi Foundation, founded by the parents of a gay Rutgers student who died by suicide. As for the chairman himself, after initially doubling down on his initial statement he eventually apologized.

“I am proud to say that, as a result of these discussions, we have all learned a great deal about the true definition and meaning of family, and over the past year we have worked hard to reflect that throughout our organization,” Barilla said in a statement.

By 2015, Barilla had gone from being under fire for homophobia to having a perfect score on the Human Rights Campaign’s annual Corporate Equality Index — a score it has maintained even in 2018. Those efforts, it turns out, have been noticed by its one-time boycotters, including Zagnoli, who has partnered with the brand on a limited-edition box for the brand’s annual Pasta World Championship. The packaging features a female couple slurping on a single strand of pasta; a plate of spaghetti rests above their clasped hands.

The box was made for attendees at the Pasta World Championship, and is not currently available for purchase. 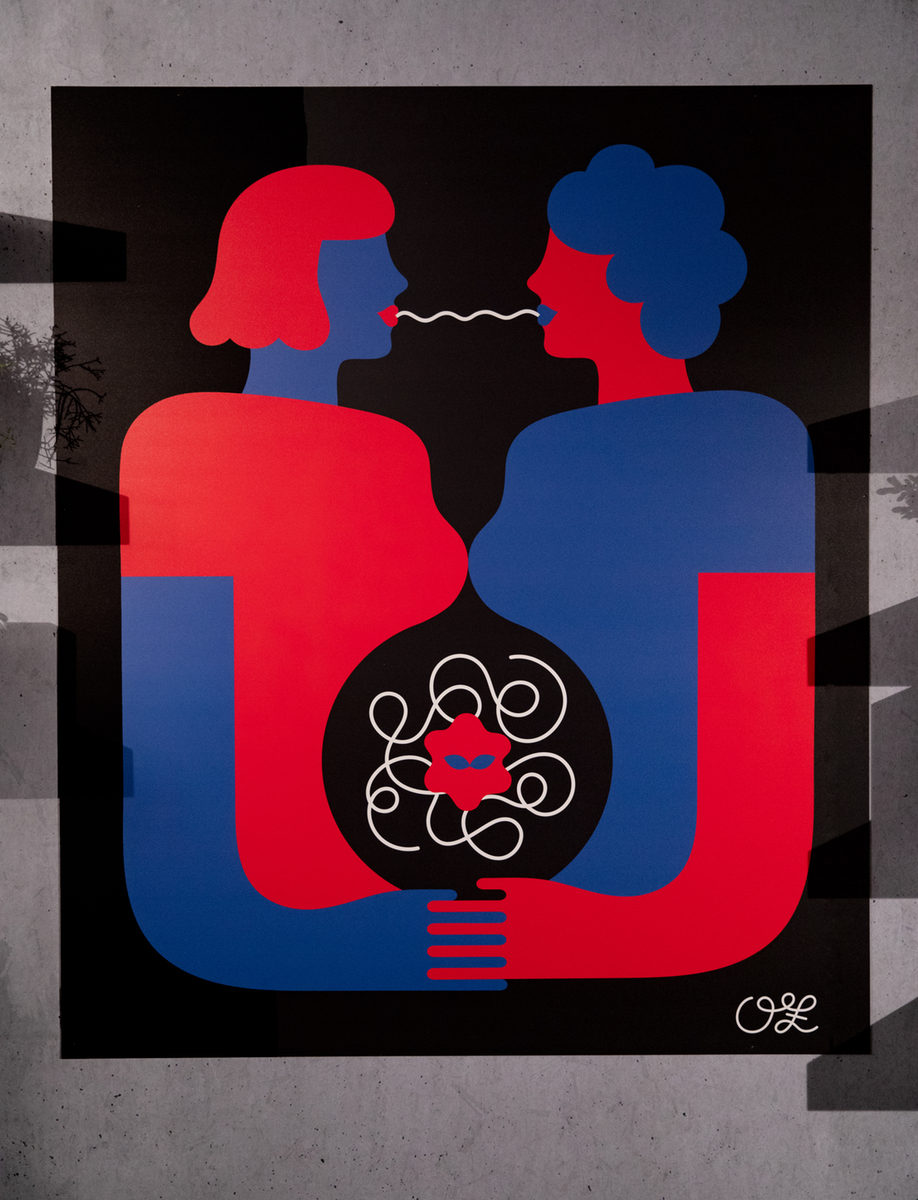 Many were surprised to learn of Zagnoli’s involvement with Barilla, arguing that the company’s corporate turnaround was a response to market-driven backlash. But in an Instagram post, the designer said she reconsidered her boycott when she learned of the progress the brand had made. “The first time I met with the team at Barilla, I immediately addressed the infamous statements that came out in 2013 about gay couples,” she said.

“What I didn’t know was that while I was protesting in my kitchen, Barilla made significant progress radically redefining its Code of Ethics and adjusting its internal policies to ensure greater inclusion and enhance the respect for different sexual orientations, gender equality, rights of the disabled, and multicultural and intergenerational issues.” 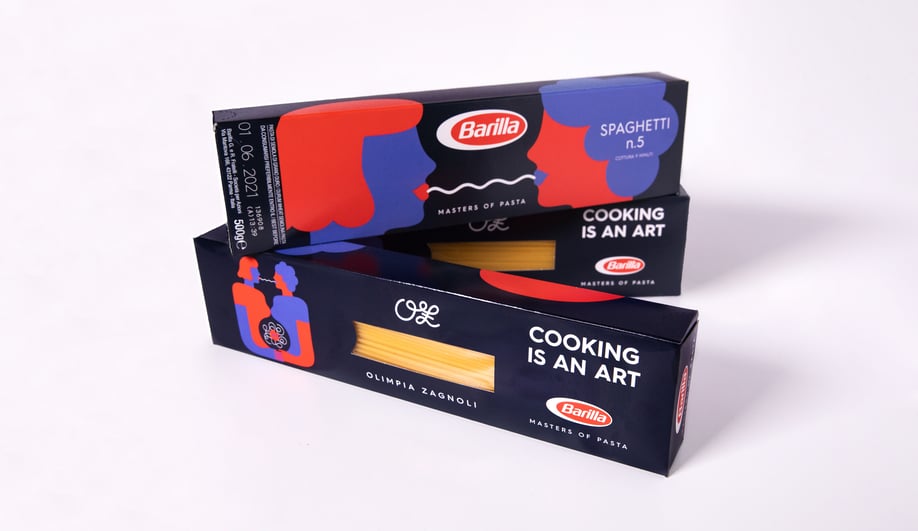 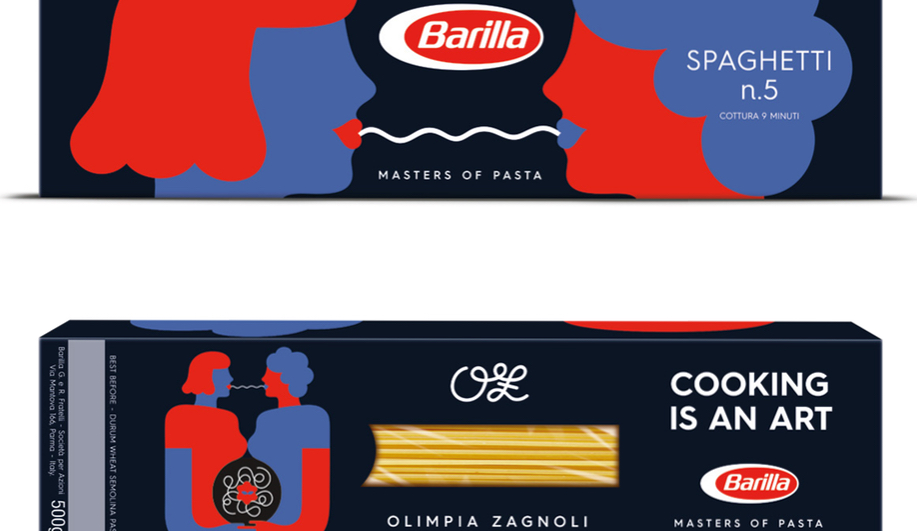 As for client requests, Zagnoli says that Barilla gave her no constraints. “I took this assignment because I was free to express my personal point of view through my illustrations and I’m glad I had such a big platform to do so,” she says. “I hope corporations, big/small brands and people will learn from their mistakes and educate themselves to make this world a better place.”

Barilla packaging featuring a gay couple, once off-limits for the pasta brand, has finally arrived.