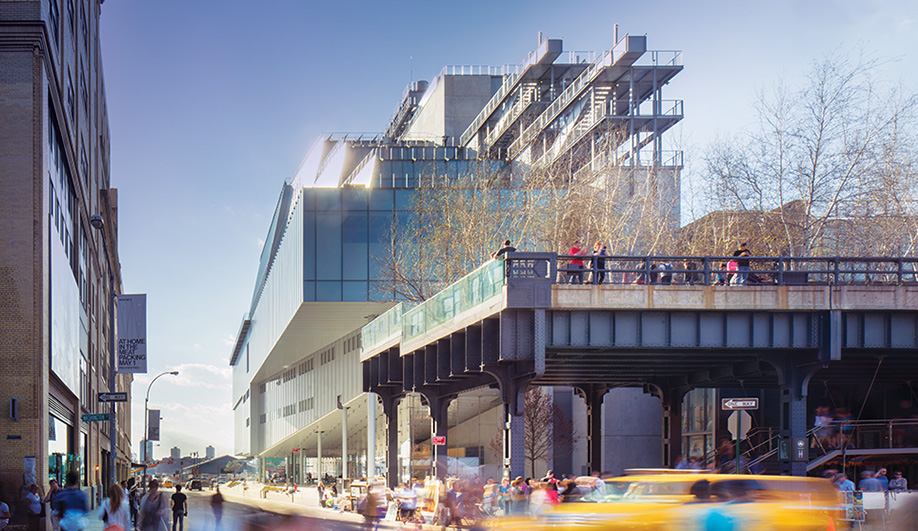 In an age of signature museum buildings that resemble large-scale sculptures, the new Whitney Museum of American Art is an anomaly. Designed by Renzo Piano, it rises as a hulking mass at the southern tip of the bustling High Line Park, where Manhattan’s Meatpacking District meets the Hudson River. From the outside, it’s no jewel. The 20,500-square-metre, nine-storey structure, which cost US$422 million, has been compared to a hospital, a factory, a power plant and an ocean-going freighter. 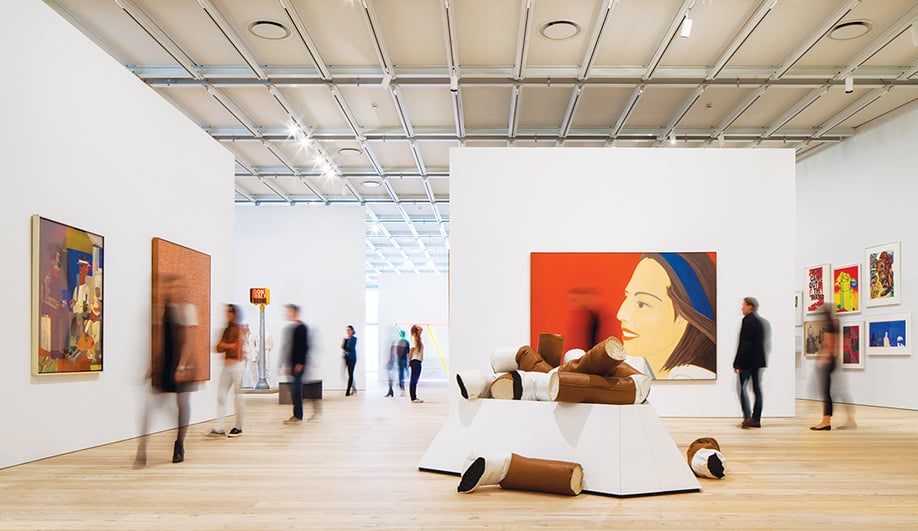 But stepping inside feels like cracking open a geode, as the tough exterior gives way to a welcoming environment of unexpected beauty. When you approach from Gansevoort Street, as most visitors will, the base of the building peels upward to reveal an expansive glass-walled lobby. From there, four elevators – with interiors by artist Richard Artschwager – and an intimate winding staircase lead to the column-free main galleries, starting on the fifth floor. Levels 5 through 8 each have outdoor sculpture terraces overlooking the High Line, holdout meat­­packing operations, and skyscrapers to the northeast, bringing the museum into close conversation with its surroundings.

Over the years, Piano has proven adept at buildings of all scales and styles: sculptural icons like the California Academy of Sciences in San Fran­cisco; surgical expansions at sensitive architectural sites, like Le Corbusier’s Notre Dame de Haut chapel in Ronchamp, France; and ­industrial-inspired structures like the Centre Pompidou in Paris. The Whitney, with its imposing exterior of grey-blue metal panels, glass and concrete, clearly channels the latter. 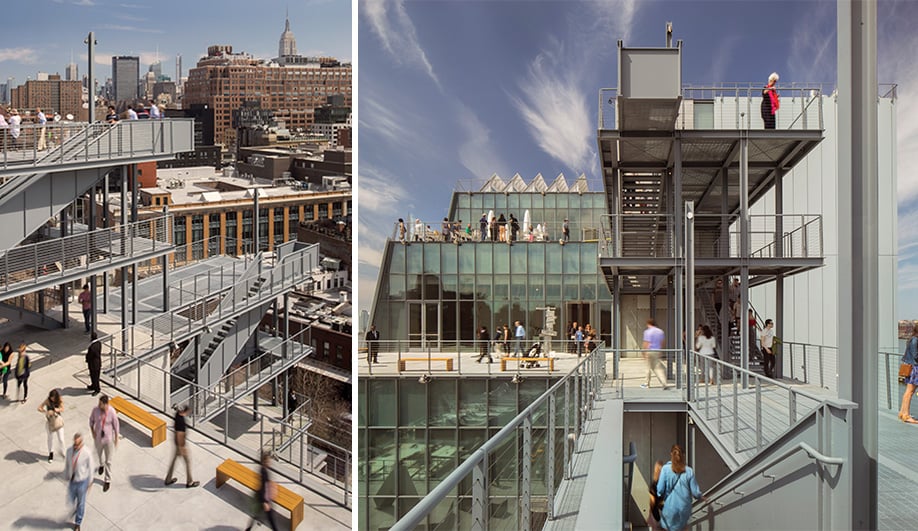 It also pays respect to the museum’s former home on Manhattan’s Upper East Side – a brutalist, granite-clad behemoth designed in 1966 by Marcel Breuer, which shocked many of its neighbours at the time but has since been acknowledged as a masterpiece. The Whitney moved to its new site after 20 years of ill-fated expansion proposals (it is now leased to the Metropolitan Museum of Art).

In many ways, the stout new structure recalls the spirit of Breuer’s design, even reinterpreting some of the details, such as gridded ceilings in the galleries. “I don’t call it the New Whitney,” says Piano, suggesting that his plan represents a continuation rather than a break from the past. “That was a big challenge, because the building made by Mr. Breuer was fantastic. I loved that building; everybody loved that building. It was not easy to come in and to remain Whitney.”