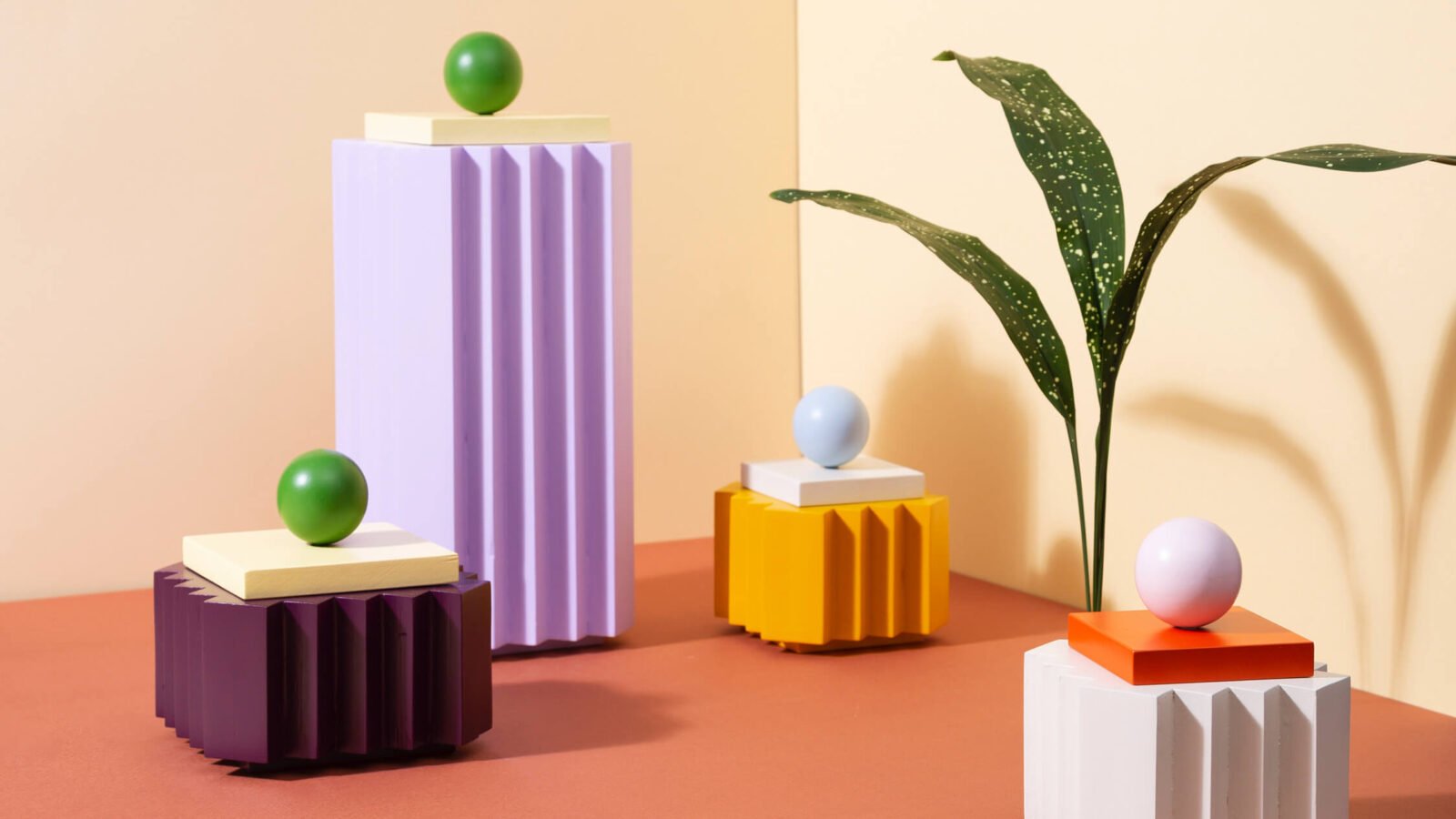 From February 3 to 9, Stockholm Design Week took over the Swedish city to showcase the creative might of designers near and far. Alongside it, the annual Stockholm Furniture & Lighting Fair introduced a host of innovative products to the Scandinavian market. Whether striking installations, refined objects or sophomore collaborations, these projects boldly celebrate (and elevate) everything nordic.

Though the renowned Swedish studio Claesson Koivisto Rune (celebrating its 25th anniversary this year) launched a number of new products this February, their adorable line of ultra-small pendants for lighting manufacturer Wästberg was the undisputed star. Dubbed w201, the solid die-cast aluminum fixtures are offered in three minute sizes: 13 by 5.2, 9.4 x 9.1 and 5.1 by 15.1 centimetres.

“Working together with the dedicated team at Wästberg,” explains co-founder Mårten Claesson, “we ask ourselves: what is the smallest size that these pendant lights can have, while still maintaining their light-emitting performance – and maintaining their three archetypical cone shapes? As the name implies, the w201 extra small pendant lights are all about scale.”

2
Doshi Levien immerse us in their world

As the guests of honour at this year’s furniture and lighting fair, celebrated designers Doshi Levien (Nipa Doshi and Jonathan Levien) mounted a graceful installation of moulded plywood that presented an abstract version of their London-based studio.

“The exhibition can be seen as a re-interpretation of the simple prototypes we’re experimenting within our London studio,” says Levien. “Here, we’ve used a solid wood structure clad in thin plywood. A ‘skin and bone structure’ that reflects our way of making prototypes in the studio.”

“When we tackle an assignment,” Doshi adds, “whether it’s designing a fabric or a lamp or an armchair, we like to pass the idea through an architectural filter.”

Fittingly, their pseudo-studio sketches and design drawings fill the architectural environment alongside cardboard prototypes mounted just beneath the barrel-vaulted ceiling with finished products below, such as the duo’s recent line of lighting sculptures Earth to Sky as well as the Uchiwa armchair (shown above) for Danish brand HAY.

For their first collaboration with the historic manufacturer Karl Andersson & Söner, Swedish duo Kauppi & Kauppi developed a line of “seating islands” inspired by a sailing trip to the Danish island Læsø. Titled Hygge, the collection comprises three distinct sizes that, when assembled, suggest the notion of an “indoor archipelago” of solid ash, oak, leather and upholstery.

“Its flexibility in use, functionality and expression will easily lend itself to interiors in a broad range of styles,” says principal Johan Kauppi of the series, which can include a small round personal table, a long table or an armrest. “Fully dressed in black it will signal a minimalistic and strong attitude, while a blond soft material and surface choice, will emphasize and flirt more with the Scandi-soft tradition.”

Finnish company Made by Choice — like its moniker suggests — made a number of good choices this year when it came to product launches. Of the five new lines debuted at the annual fair, works by Helsinki-based Hanna Anonen and acclaimed Swedish designer Thomas Sandell stole the show.

Anonen’s charming and vibrant series of vessels Beebee reference the shape of honey dippers and beehives balancing on a conical base while Sandell’s latest line of seating — titled Goma and consisting of a barstool, dining chair and armchair — is defined by its playful tubular frame and rounded edges.

5
These felines get a Scandi-inspired suite

Though the broadway musical turned epic CGI disaster may have (momentarily) soured the image of cats in public consciousness, Swedish self-storage company 24Storage‘s unique playground masquerading as a custom casegood adds some serious Nordic style to what is all-too-often a carpet-clad eyesore.

Dubbed “The Cat Flat” and described as an “elegant piece of furniture designed with the cat’s necessities in mind,” the three-tiered structure is comprised of walnut-veneered FSC-certified wood with sisal mats, with eco-certified lambskin from Kambo Gård and leather from Tärnsjö Garveri inside. Various perforations inside provide endless play possibilities for urban felines. It’s a Scandi-chic suite.

6
Offecct brings a bit of Japan to Sweden 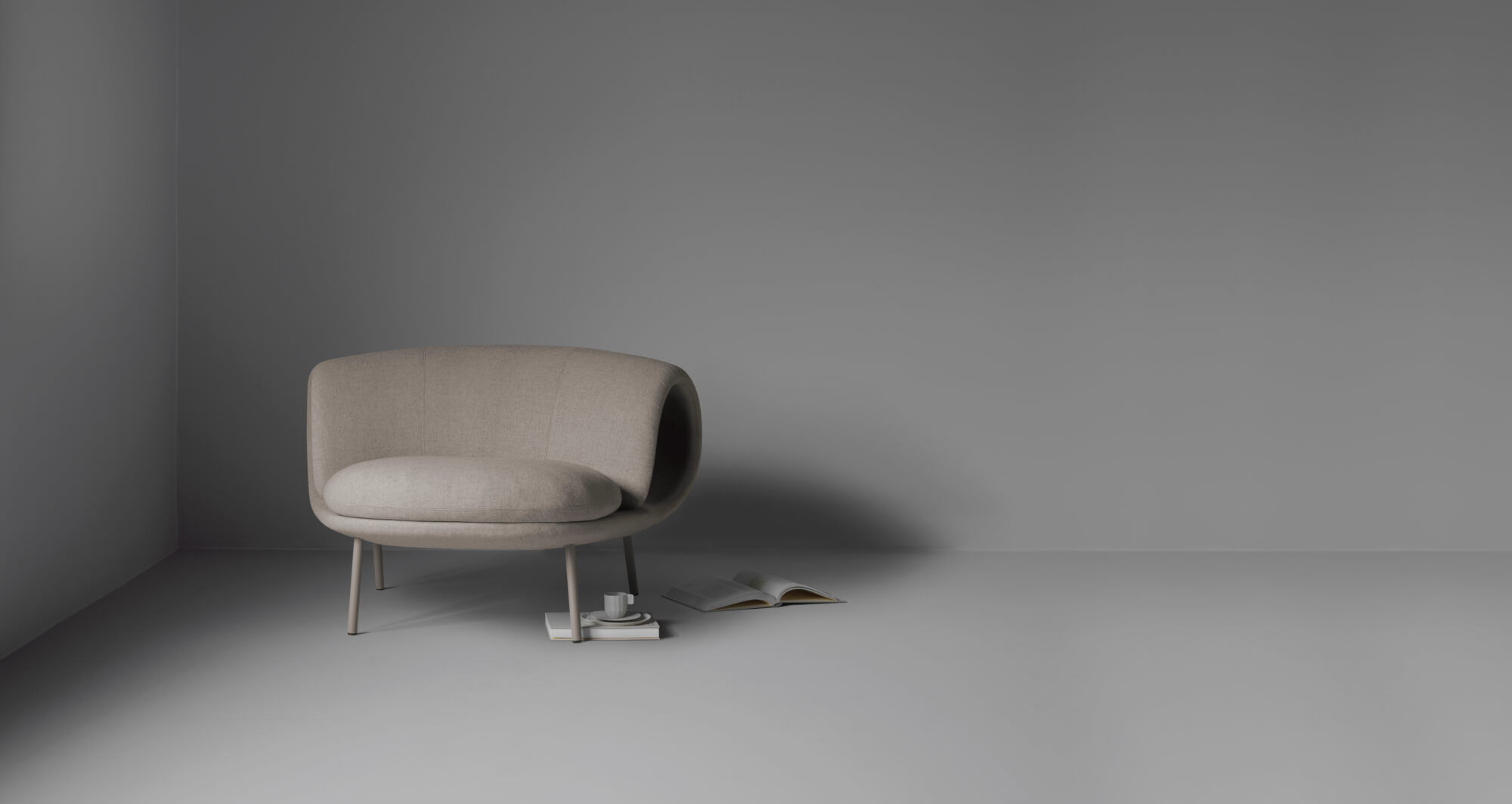 Swedish manufacturer Offecct has a long history of collaborating with international heavyweights. Products by the likes of Neri&Hu, Luca Nichetto, Verner Panton and more fill their portfolio of refined furnishings. This February, the most striking additions to their already impressive line-up came from two established Japanese designers: Jin Kuramoto and Teruhiro Yanagihara.

Kuramoto’s Maki easy chair is defined by its bulbous upholstered back that allows the chairs to be clustered to form seating circles or serpentine configurations for both private and public spaces. “The form is based on minimalism and rationalism,” explains the Tokyo-based designer, “a design culture that is common for Japan and Scandinavia.”

Inspired by Japanese stone gardens, Yanagihara’s Osaka line is a range of upholstered ottomans and tables that not only offer increased acoustic value, but can be endlessly combined in various configurations for maximum flexibility. “The similarity in Japanese and Swedish design traditions,” he says, echoing Kuramoto’s sentiment, “is that we would rather reduce than add to the complexity in order to find the core of the product.”

Much as I try, patience will never be a virtue of mine. And Gothenburg-based White Arkitekter collaboration with Swedish manufacturer Nola taps into this with a refined line of modular benches designed specifically for waiting areas, both indoor and outdoor.

“Wait consists of modules that can be easily renovated and replaced if needed, in order to maintain quality over time, both in terms of quality and the environment,” says Andreas Sture, industrial designer at the Swedish studio, of the line officially launched during the fair. With this well-crafted collection, waiting just got a bit easier. 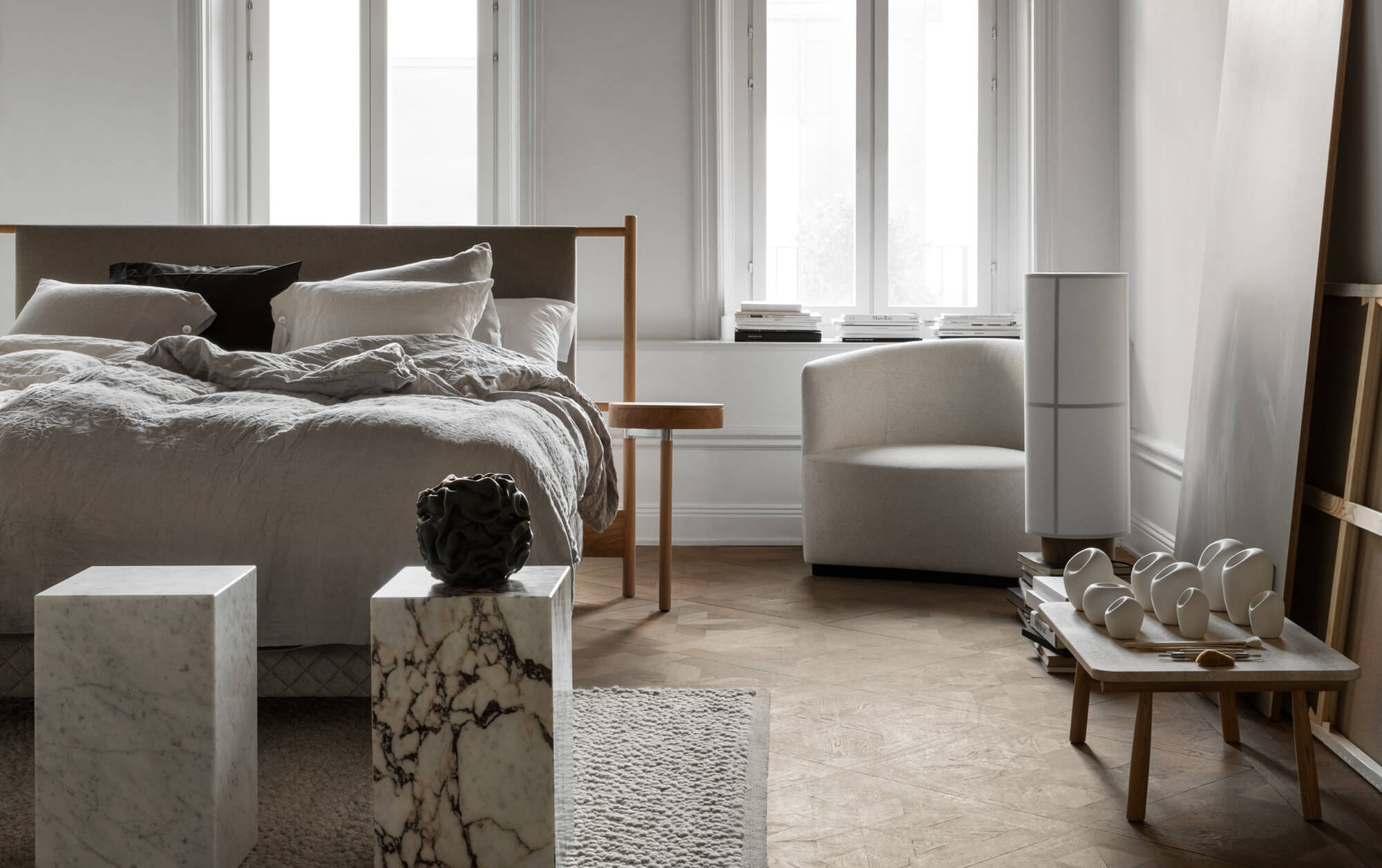 Copenhagen darlings Norm Architects are no stranger to Stockholm Design Week. For the 2020 edition, they teamed up with brands MENU and DUX to stage an “exclusive apartment atelier installation.” Titled The Sculptor’s Residence, the bespoke interior features a host of curated products by both manufacturers (including Norm’s latest lighting collection Hashira for MENU) reflecting the personal taste of the fictional “artisan collector” who purportedly dwells there.

“The almost theatrical staging of objects pays homage to the ateliers of great artists — from Picasso’s Parisian hideout to Cezanne’s untouched studio in Aix-en-Provence — and allows visitors a glimpse into the artistic process – on a larger scale,” says Norm Architect’s co-founder Jonas Bjerre-Poulsen. “It’s a staged fantasy of sorts; pairing different creative partners to create one creative whole.”

In addition to showcasing the breadth of both brand’s wares, the space was also used as a platform for lectures, talks and additional public programming.

From Cologne to London to Stockholm, Danish brand Kristensen & Kristensen have had a busy 2020 showcasing their refined goods at fairs across Europe. A standout amidst their new solid wood products (a hallmark of the company) is the three-legged MEET stool by designer Cecilie Kamp.

The stackable series (available in a range of finishes and with a fabric or leather seat) is quintessentially Scandinavian: hewn from solid ash or oak, impeccably crafted and replete with softened details that give these playful objects an enduring sense of timelessness.

How do you make high-performance, resilient flooring cool? Call Note Design Studio. On the heels of an impressive first collaboration during Salone de Mobile in Milan, which saw Tarkett‘s resilient surfacing wrap a number of larger-than-life totems, the French multinational manufacturer and the local design studio teamed-up once again during the 2020 edition of the Stockholm Furniture & Lighting Fair.

Titled Natural Bond, the installation is comprised of a range of geometric shapes — cylinders, triangles, arches and more — clad in the company’s latest line (iQ Natural) and stacked to form a single wall held together with graphic blue straps. Each component of the installation is designed to be recycled or used again once the fair closes, reinforcing the ideas of environmental stewardship conveyed in the work’s moniker.