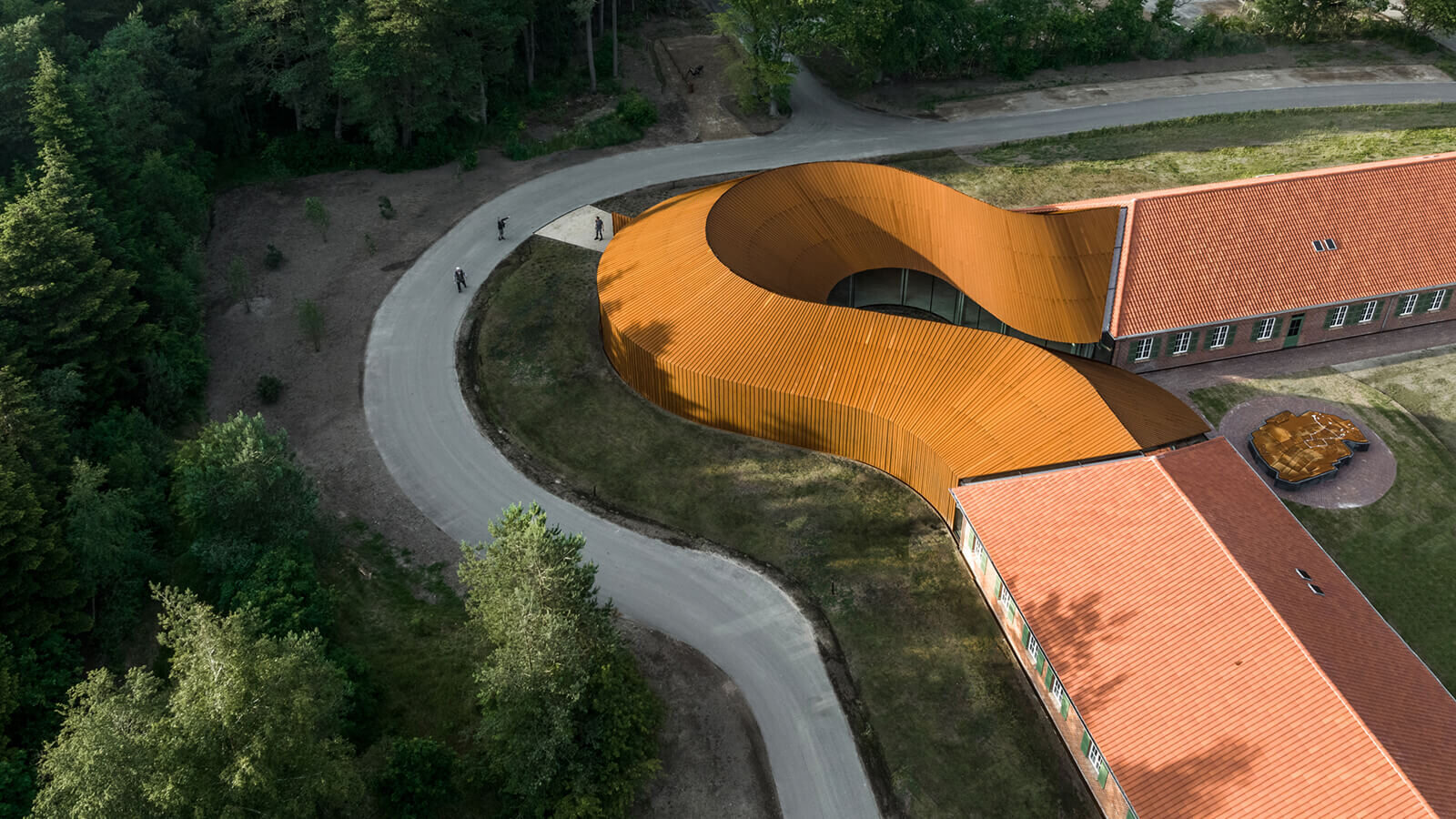 In Denmark, the FLUGT Museum Pays Homage to International Refugees

In today’s climate of political unrest, the plight of refugees is increasingly top of mind. The opening of FLUGT, the Refugee Museum of Denmark, comes at a time when millions continue to be displaced by conflict. Yet, in this moment of need, the museum’s inauguration is shadowed by increasingly stringent Danish immigration policies that have seen permit lengths and social welfare for asylum seekers slashed. Ironically, on the site of Denmark’s largest refugee camp post-WWII, Oksbøl, the showpiece building designed by BIG seeks to shine a spotlight on these very issues. The project marks BIG’s second commission for the Vardemuseerne — following the subterranean TIRPITZ Museum, which opened its doors in 2017. 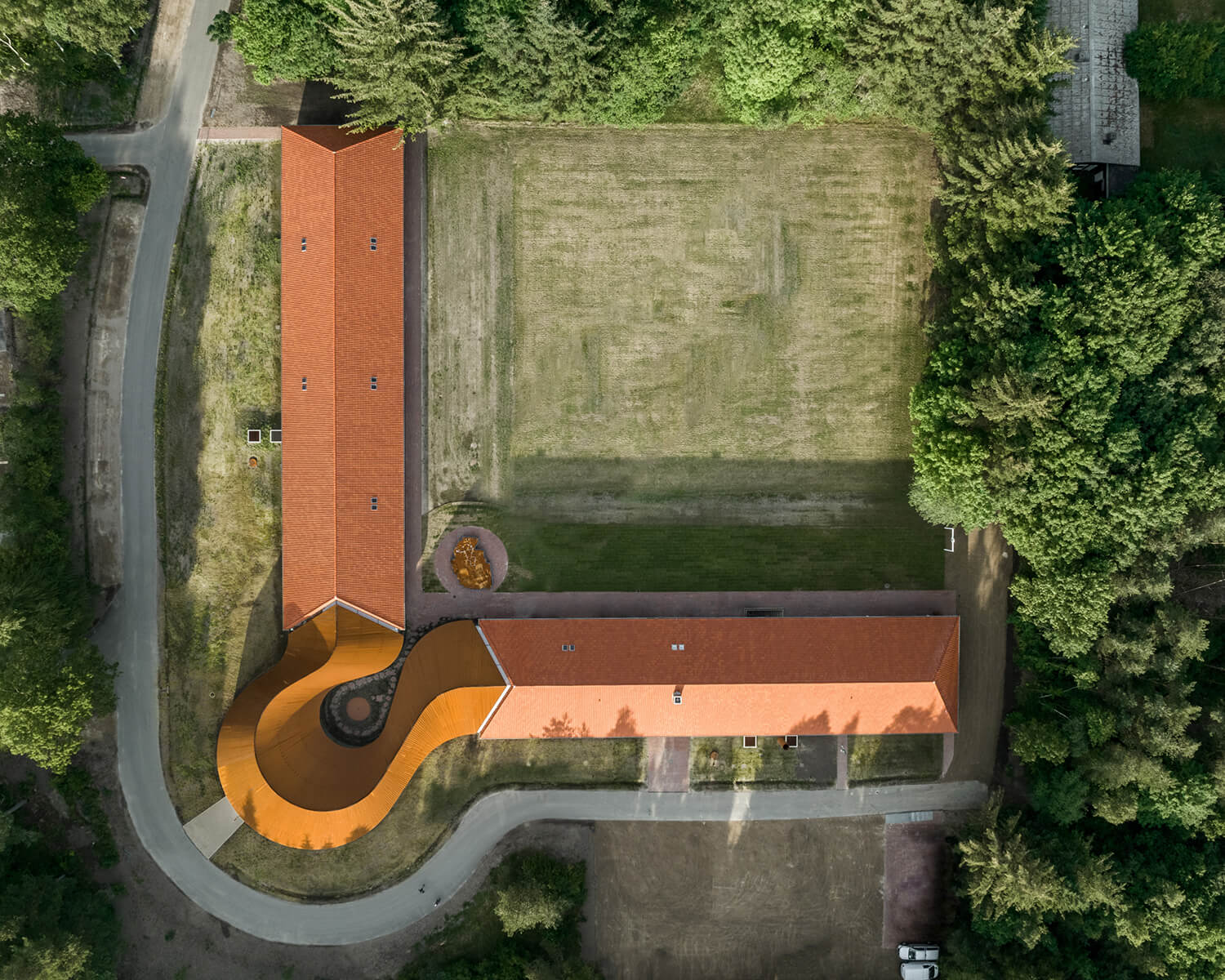 Formerly the fifth largest city in Denmark, Oksbøl was once home to 37,000 German refugees. Little of the camp remains save for two former hospital buildings that border the park and are connected by a covered walkway. Rather than raze the buildings and reinvent the structure from scratch, BIG instead sought to preserve them. With minimal intervention, the architects were able to retain the site’s history while minimizing waste, conserving resources and reducing the building’s carbon footprint. 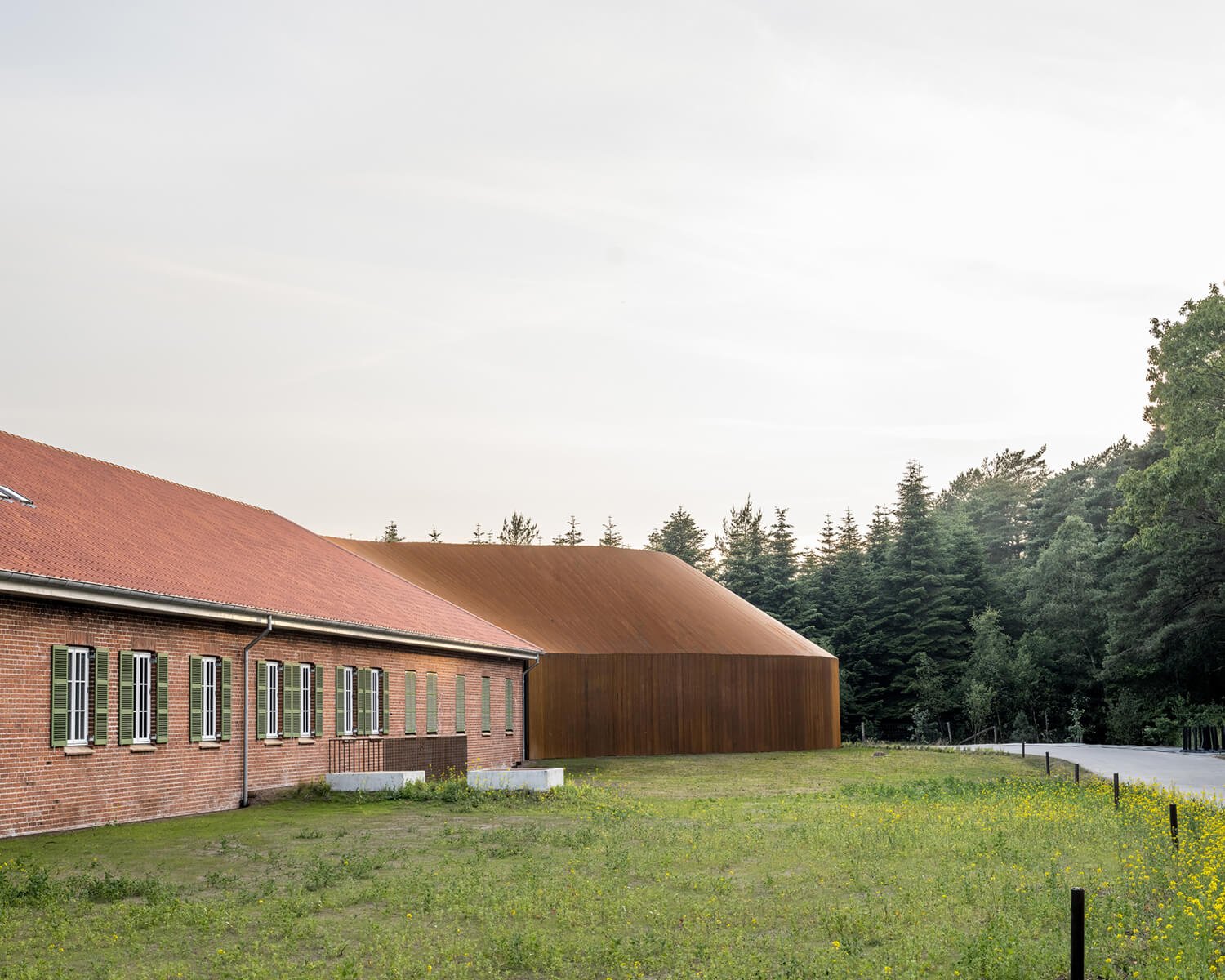 At the intersection of the two buildings, BIG has designed a sinuous extension that adds 500 square metres to the complex. The Corten steel-clad volume curves toward the street to invite visitors inside; its warm, rusted colour seamlessly integrates with the hospital building’s red brick façade. The structure conveys a false sense of monolithic impermeability that is countered by the glazed entry hall bathed in warm natural light. 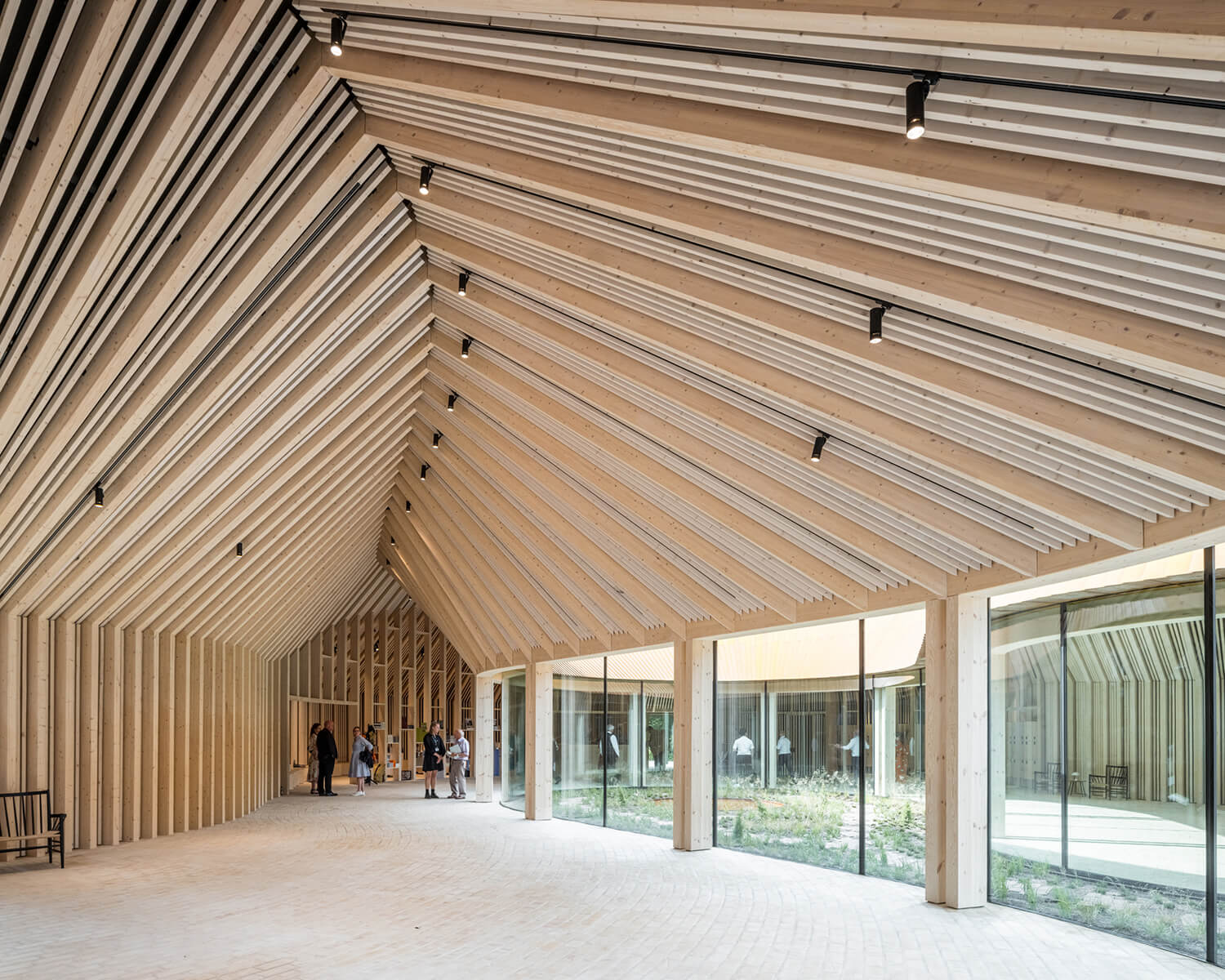 The interior is defined by its pitched timber structure, which was left exposed to create a light and airy space versatile enough to act as both a lobby and temporary exhibition area. Underfoot, yellow brick flooring creates a visual throughline that connects the addition with the existing spaces. The extension overlooks a teardrop-shaped sheltered courtyard that faces the park and adjacent forest. A reflective pool surrounded by indigenous heath planting mirrors the sky, fostering a meditative space at the heart of the building. 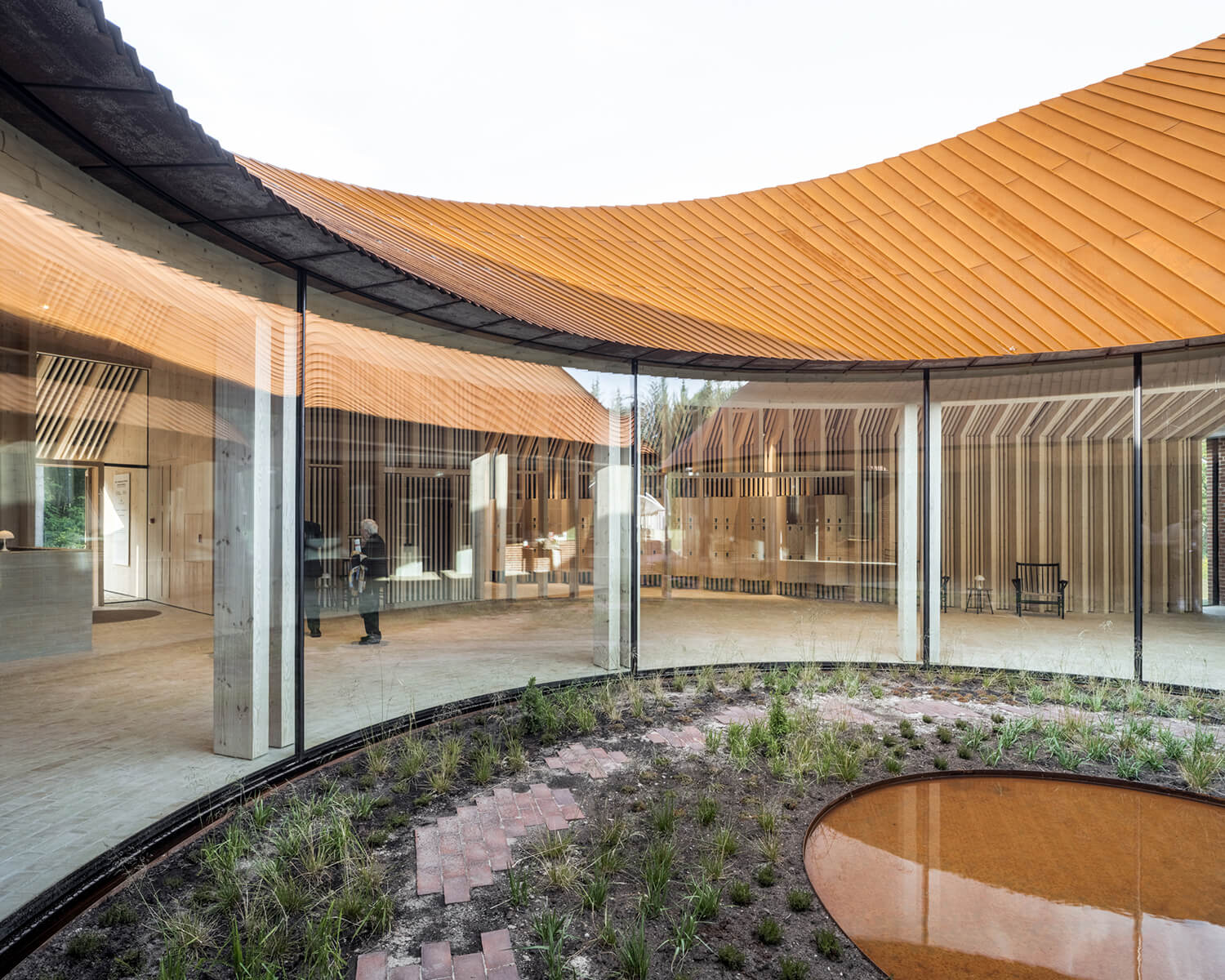 The renovation was an opportunity for the architects to make a play on the concept of interiority: the entry hall feels more akin to an outdoor pavilion than it does an enclosed interior space. Visitors pass through a second threshold, the façade of the original building, to enter the galleries. The building’s south wing houses a conference room, a café and back-of-house functions. 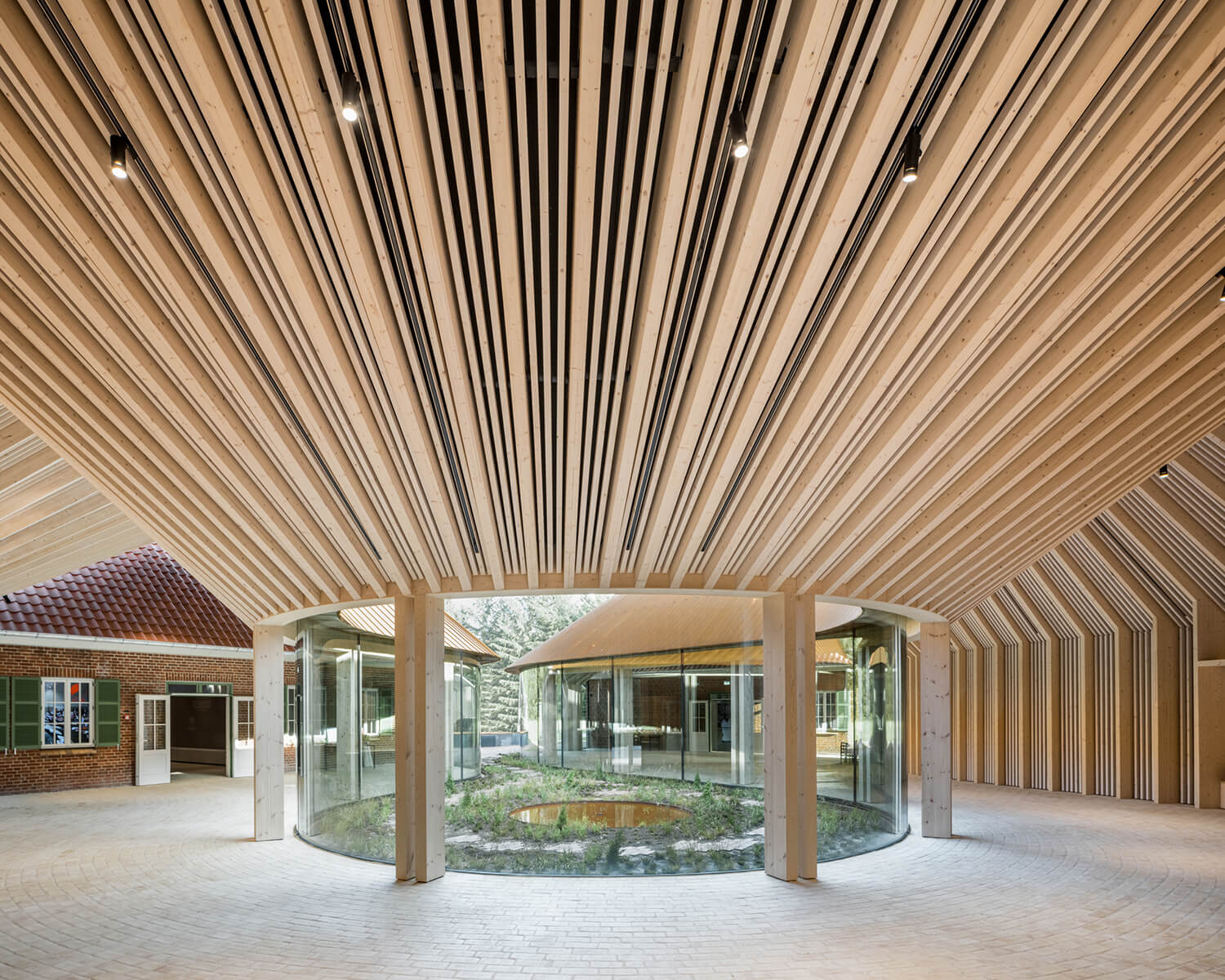 Meanwhile, in the museum’s north wing, exhibition spaces are organized according to the circulation of the hospital, which once housed 40 patient rooms and several operating rooms. Though many of the interior walls were demolished, some were kept intact and stabilized to create larger exhibition spaces. Here, the original wooden roof structure has also been left exposed for a sense of continuity between the extension and the heritage building. 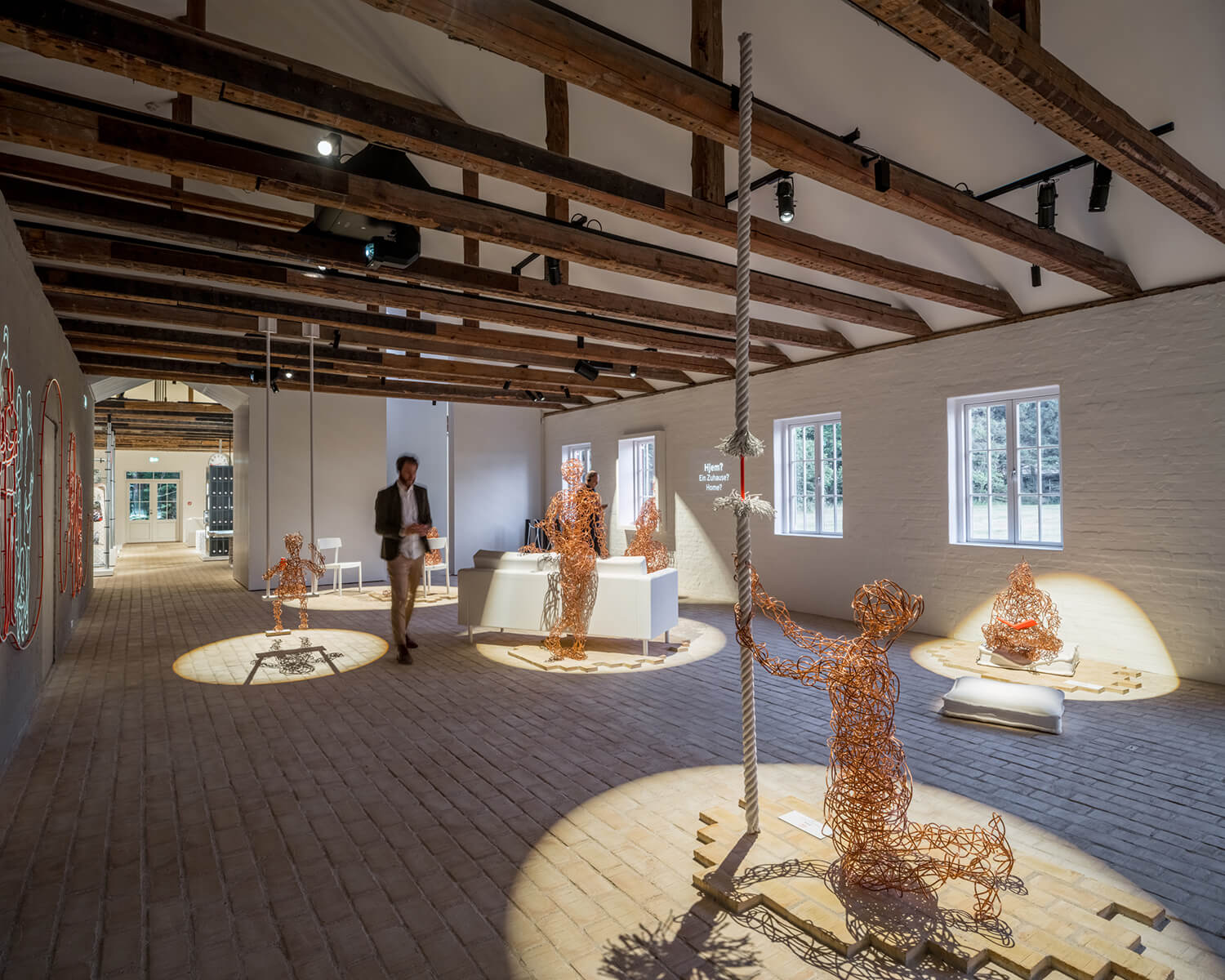 The exhibitions, which were designed in collaboration with the Dutch agency Tinker Imagineers, each speak to the theme of displacement. While one permanent exhibition details the history of Oksbøl, another highlights the universal experiences of refugees through the retelling of stories from Germany, Hungary, Vietnam, Afghanistan and Syria. Elsewhere, visitors can explore the surroundings during a guided “sound walk,” as well as visit the refugee cemetery. 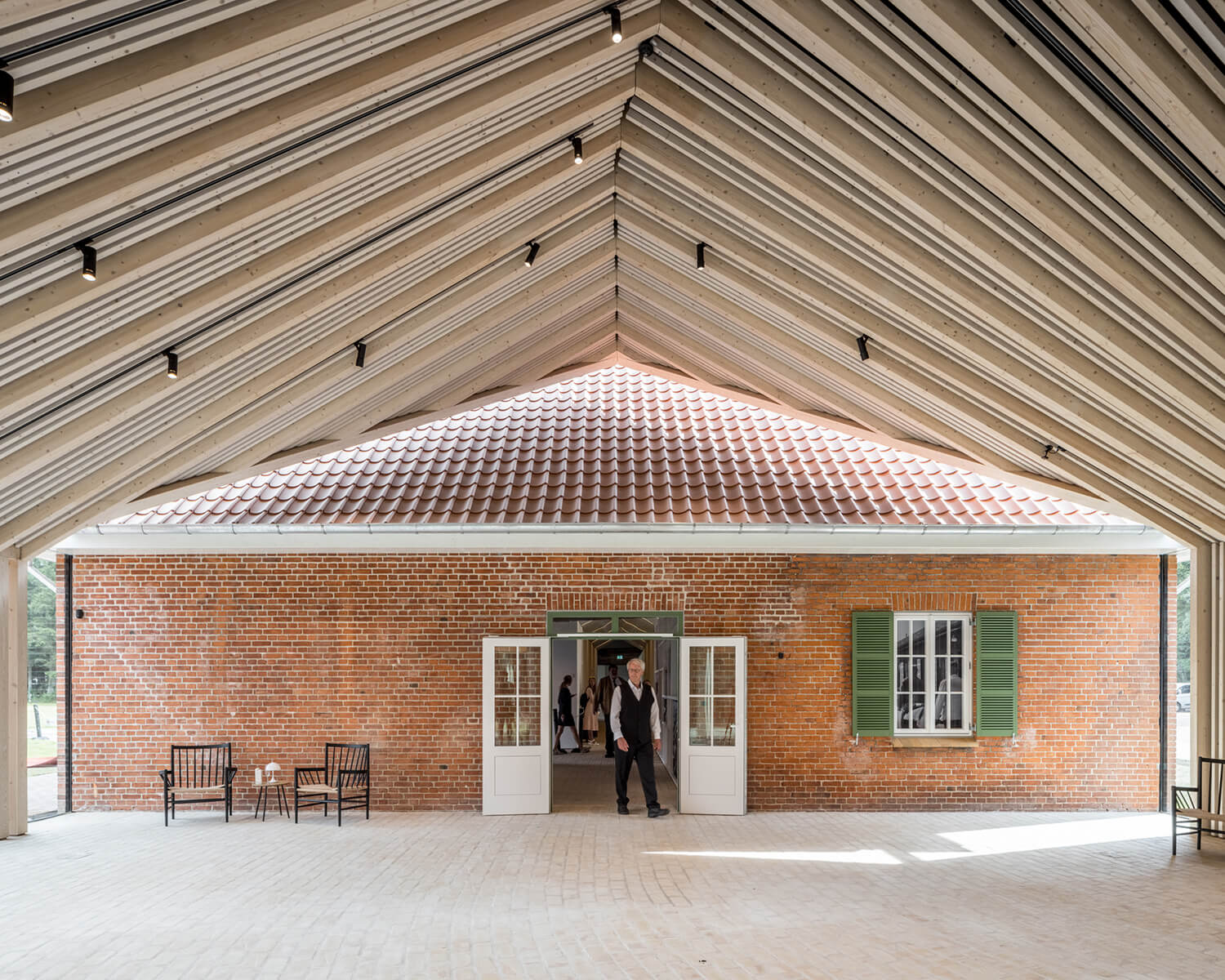 While BIG hopes that “visitors who leave the museum have experienced a part of an important place in Danish history, with a new perspective on the refugee experience,” the project inevitably makes us wonder: Why invest in a refugee museum instead of refugees themselves? While awareness is vital, perhaps what displaced persons need more than a museum is a space of their own. 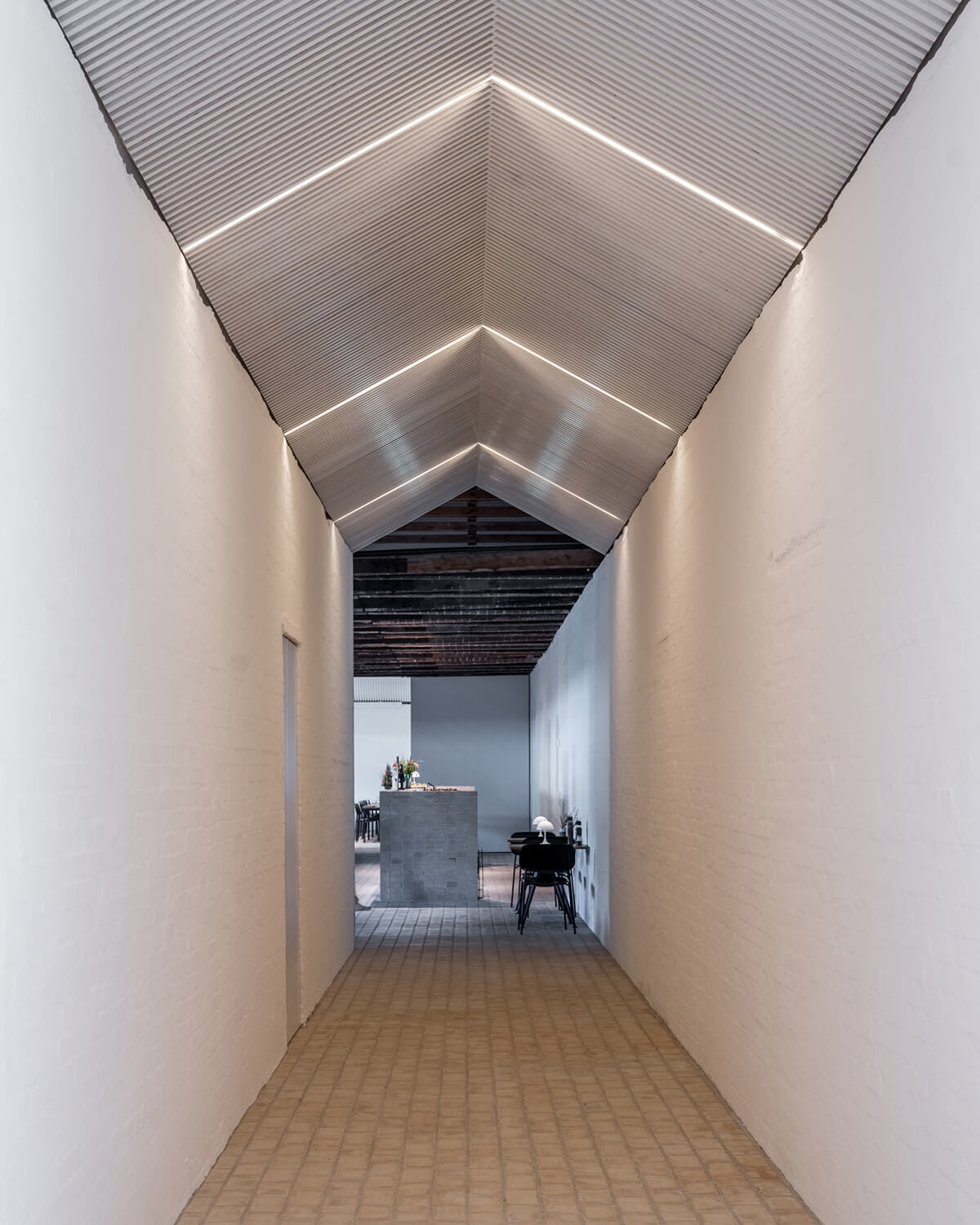