Biodegradable Packaging is Making its Way into the Mainstream
Biodegradable packaging is moving into more refined - and inventive - territory. Here are seven new products (including coffee cups!) that are truly cradle to cradle. 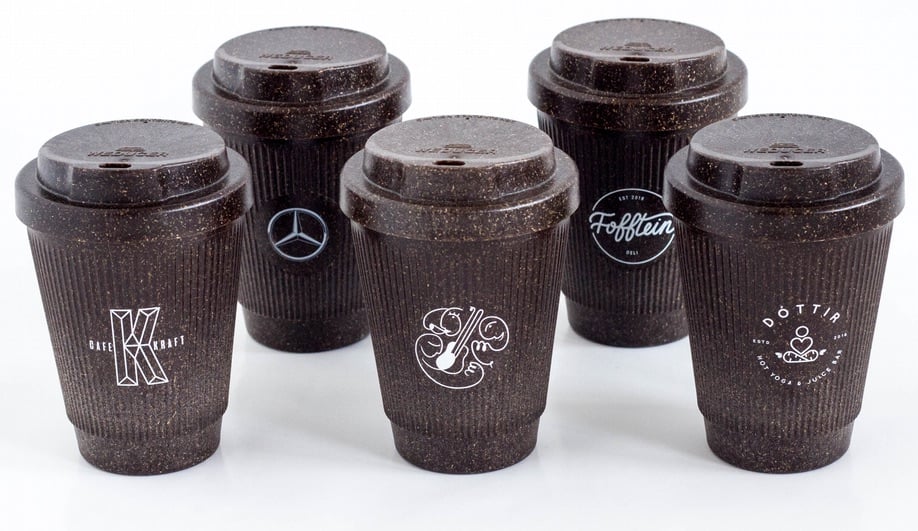 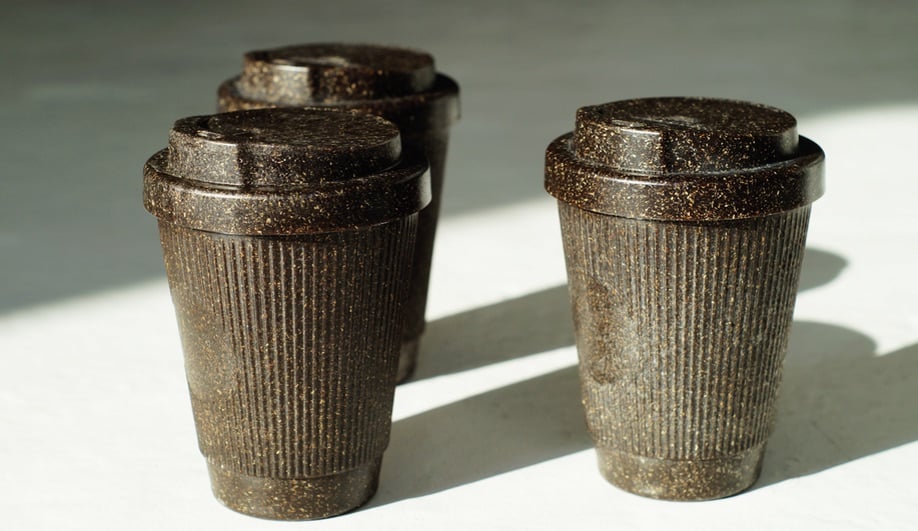 Though many people believe the disposable cup that holds their daily caffeine fix is recyclable, the thin plastic lining that prevents most paper cups from disintegrating in your hand makes them unsuitable for the blue bin and non-compostable as well. For anyone with a daily habit, that pile of cups headed for the landfill will grow pretty quickly, but Kaffeeform is now here to help. The Red Dot-award winning startup, founded by German designer Julian Lechner, combines used coffee grounds with wood particles and a natural binder to create injection-moulded cups.

Though a takeaway-style cup is sold by the brand, the cups are actually fully reusable and the line includes cappuccino and espresso cups and saucers, sold in sets of four, six or eight, as well as wholesale with the option of printed branding.

2 From Peel to Peel by Emma Sicher 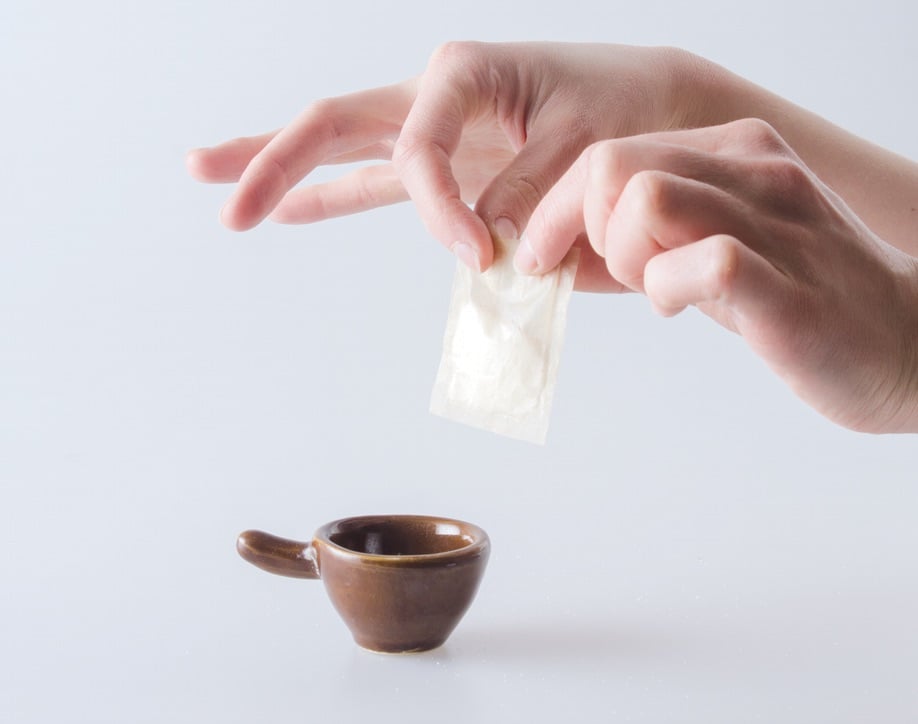 Another product made from food waste, From Peel to Peel is the creation of young Italian designer Emma Sicher. A mixture of fruit and vegetable scraps such as apple peels, yeast and bacterial culture proliferates to create layers of cellulose, a gelatin-like material, in various thicknesses. The layers are dried to create translucent sheets with a structural quality that is somewhere between paper, plastic and leather. The food-safe packaging can be made in smooth and textural versions, as well as in naturally tinted iterations. 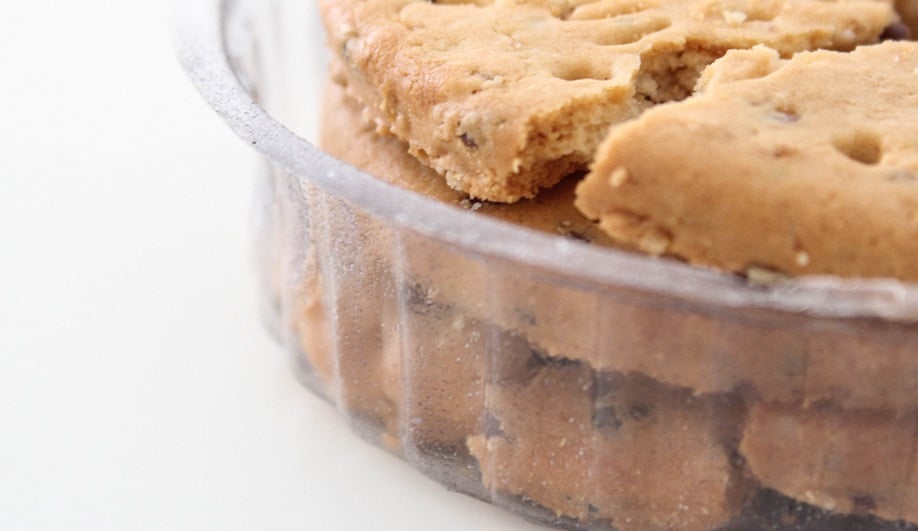 Though Margarita Talep is one of several designers hoping to replace single-use plastic with algae-based materials, the young Chilean designer’s prototypes are among the most refined we’ve seen. Her Desintegra could be used to form bubble wrap, cellophane-like film, straws and even more solid, moulded items like disposable utensils. 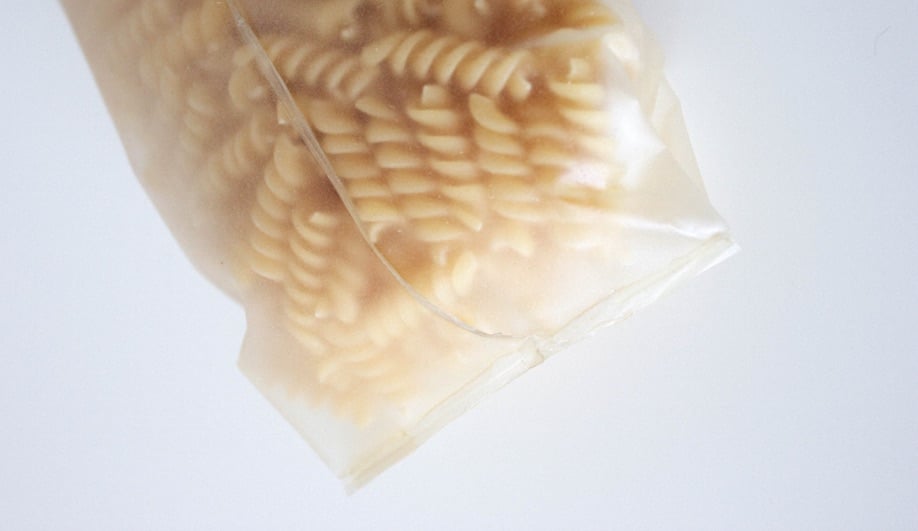 Sealable with heat, Desintegra can also be naturally coloured. 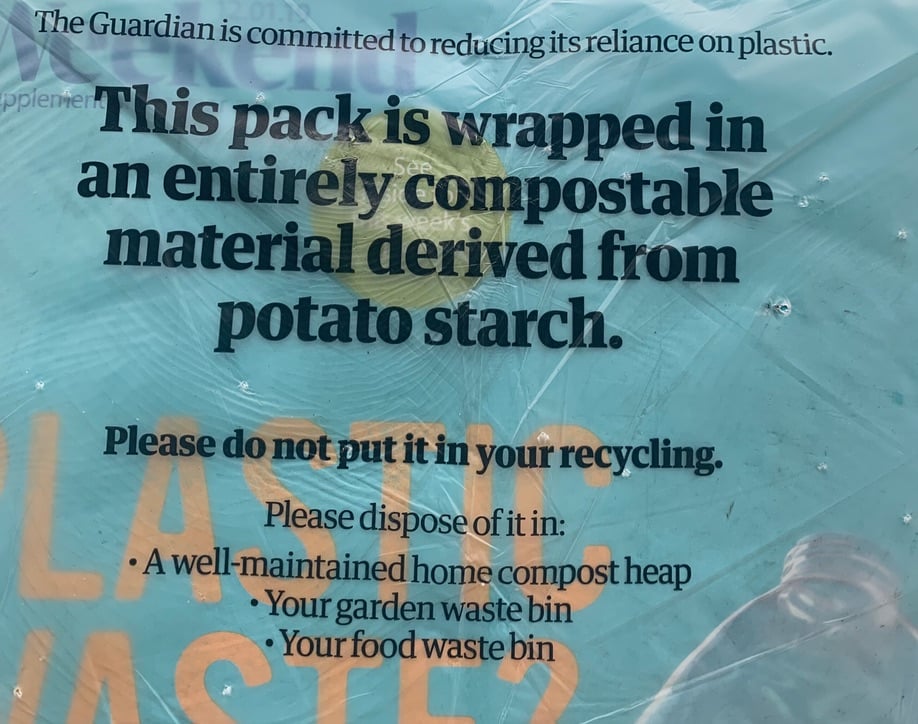 This past January, British news outlet The Guardian became the first national paper to be delivered in biodegradable wrappers. The media giant has eschewed its traditional protective polybag in favour of a potato starch-based material, which is both biodegradable and compostable, meaning it will break down in a rate similar to paper – in about 90 days. Currently, the wrapping is being used on the paper’s Saturday edition, which is packaged with multiple supplements. 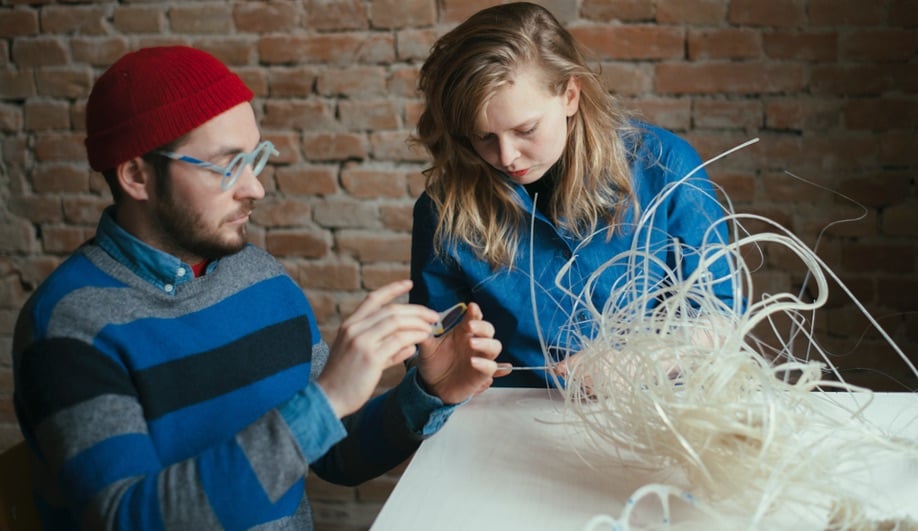 Officially launched during last fall’s London Design Festival, Nuatan is an oil-free bioplastic made from 100 per cent renewable materials. Its creators, Crafting Plastics Studio, are proposing a clever solution to one of the biggest obstacles in replacing standard plastic in packaging: price.

The studio has introduced Nuatan as a material for creating luxury goods, including sunglasses, lighting and other home accessories. The hope is that by creating a demand in a less thrifty market, it will help bring the cost of manufacturing the material down, making it more accessible for sectors like packaging, where, say the designers, the potential is limitless. 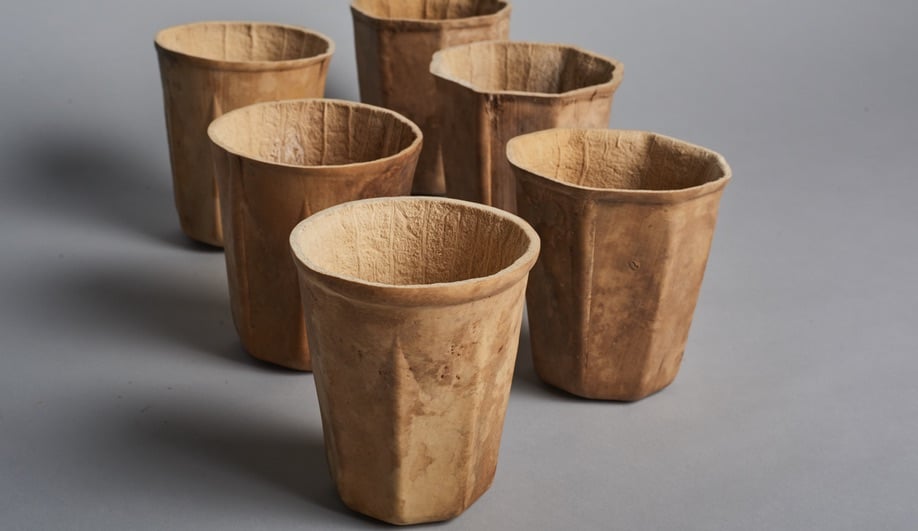 Jun Aizaki, the New York-based architect and designer behind Crème Design, borrowed a centuries-old idea to develop another solution to the billions of disposable cups that are sent to landfill each year. 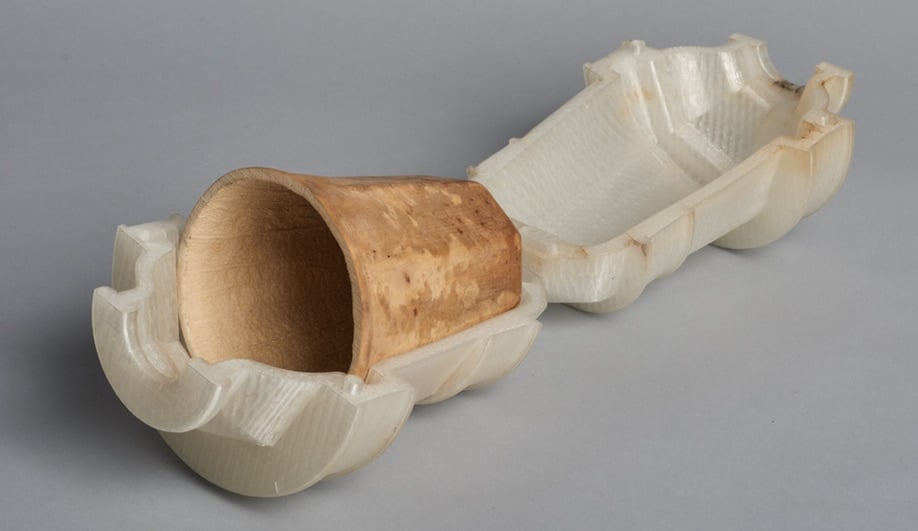 Aizaki’s HyO-cup is grown rather than manufactured. Each cup is actually a fast-growing, hard-shelled gourd grown into a mould, hollowed and dried to be used as a waterproof, but compostable vessel. 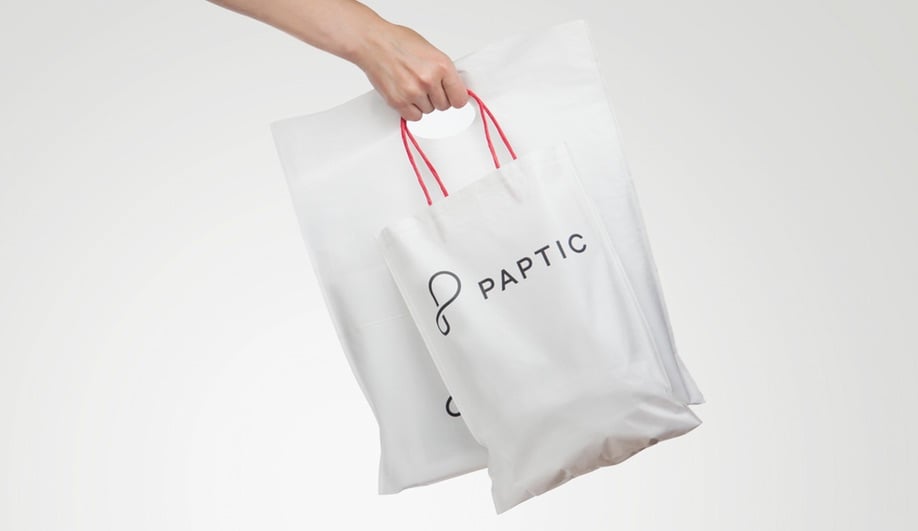 This Finnish innovation was developed to replace both plastic and paper shopping bags with a more environmentally friendly product. Currently available in sheets and reels, Paptic is made from biodegradable wood fibre but offers the same durability as plastic, with a tactile quality similar to textile. While it can be recycled along with paper, and even printed on the same equipment, it is about 50 per cent lighter to ship. It’s also significantly sturdier, with a slight stretch that makes it highly suited to reuse.