Bjarke Ingels’ BIG Arrival in Toronto
Vancouver developer Ian Gillespie is behind a recent announcement to build a mixed-use project in Toronto's fashion district, designed by Bjarke Ingels. "It's going to be super cool," says Gillespie. 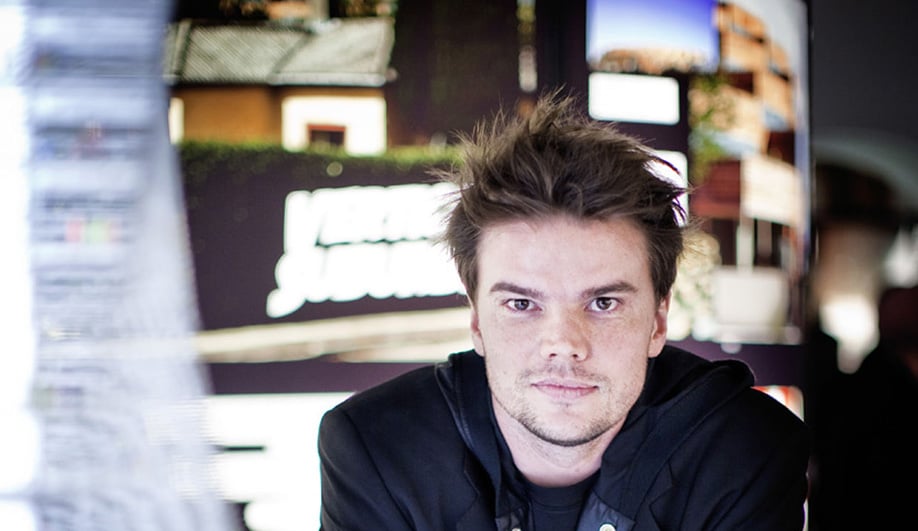 King Street West is already a chic neighbourhood crowded with luxury condos and five-star restaurants, but there is still room for more. Last week, Vancouver developer Ian Gillespie of Westbank Corp., along with Allied Properties REIT of Toronto, announced plans to re-imagine a parcel of land that sits at the epicentre of the trendy strip. The chunk of real estate, with 620 feet of street frontage, will be the first project in Toronto by Danish architect Bjarke Ingels. 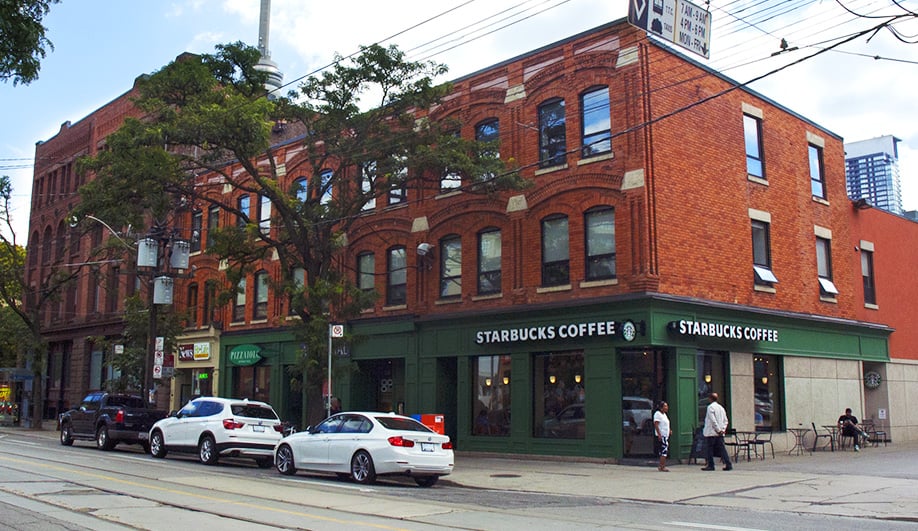 Westbank is well known for bringing artistry and community revitalization to its projects, more so than most skyline developers. Gillespie’s reputation was built on a string of redevelopment successes in his hometown, including significantly reinvigorating the city’s east end by turning the iconic Woodward’s department store into an affordable housing complex and retail destination. His portfolio has grown substantially since then, with 33 projects currently underway, including a freshly announced collaboration with Japanese architect Kengo Kuma on a project in Vancouver.

In Toronto, the firm is also reimagining Honest Ed’s, the dearly loved bargain-basement store in the west end. The first proposal for the multiple city-block site, announced earlier this year, is ambitious, but it is also enriching. Initial plans include a massive market square modelled after the Santa Caterina Market in Barcelona. 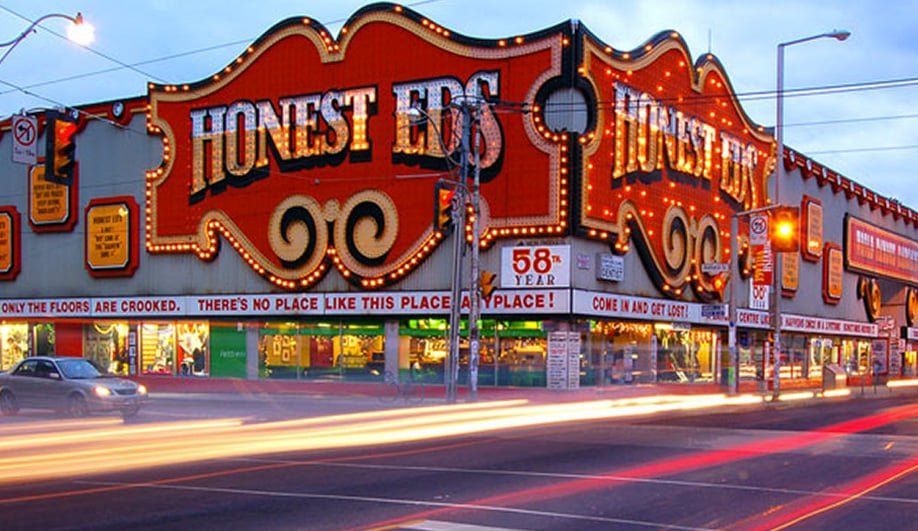 In 2008, Westbank bought up Honest Ed’s bargain-basement store with plans to turn it into a mixed-use development and market. 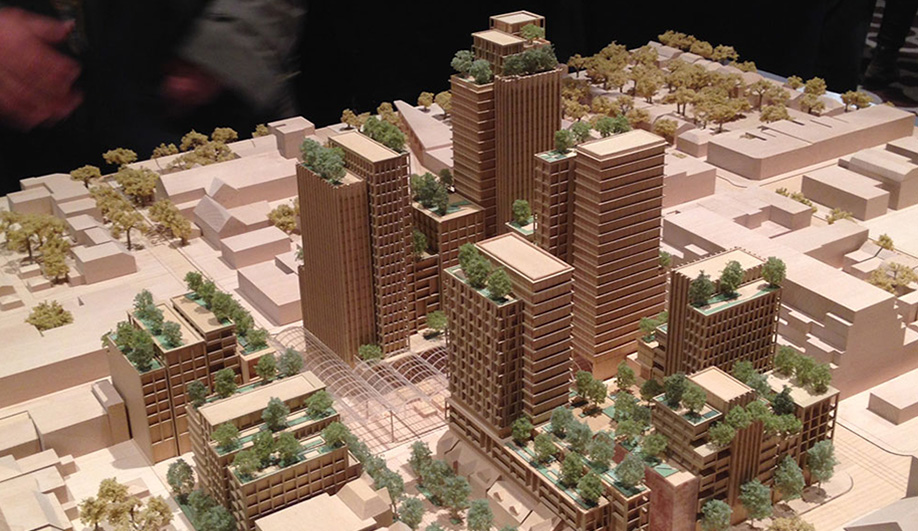 The initial proposal for the redevelopment includes a large market that will become a major tourist draw.

This isn’t the first time Westbank and BIG have teamed up. The partnership started with Vancouver House, a 57-storey residential building expected to reach completion by 2018. Its towering silhouette sits on a relatively small wedge-shaped footprint surrounded by elevated roadways on two sides, a site any architect would find challenging. Ingels’ solution was to have the building expand in size as it rises, creating an eye-catching profile from every angle.

Telus Sky, another statement-making glass tower by Westbank and BIG, is taking shape in Calgary and is slated to top off by 2017. 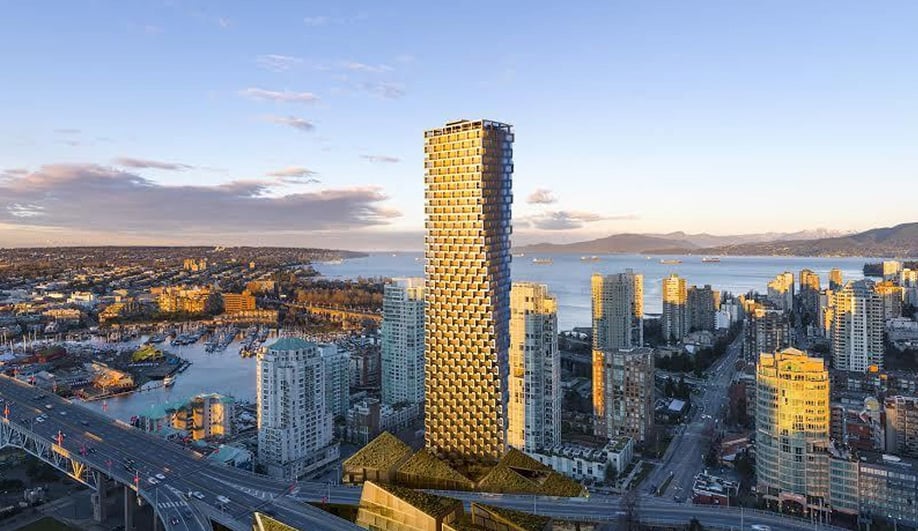 Vancouver House is one of three Canadian projects now underway or in development by Bjarke Ingels. 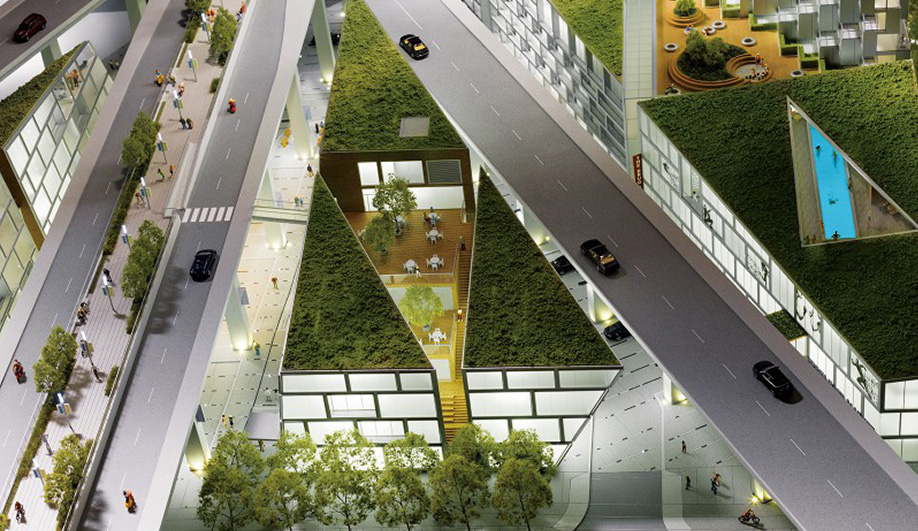 Last week’s announcement that BIG will be landing in Toronto comes without a design unveiling. “We’re still gestating the process,” says Gillespie. “It has to evolve on its own creative time. What I can tell you is that King Street is an important retail street and we want to continue that legacy.”