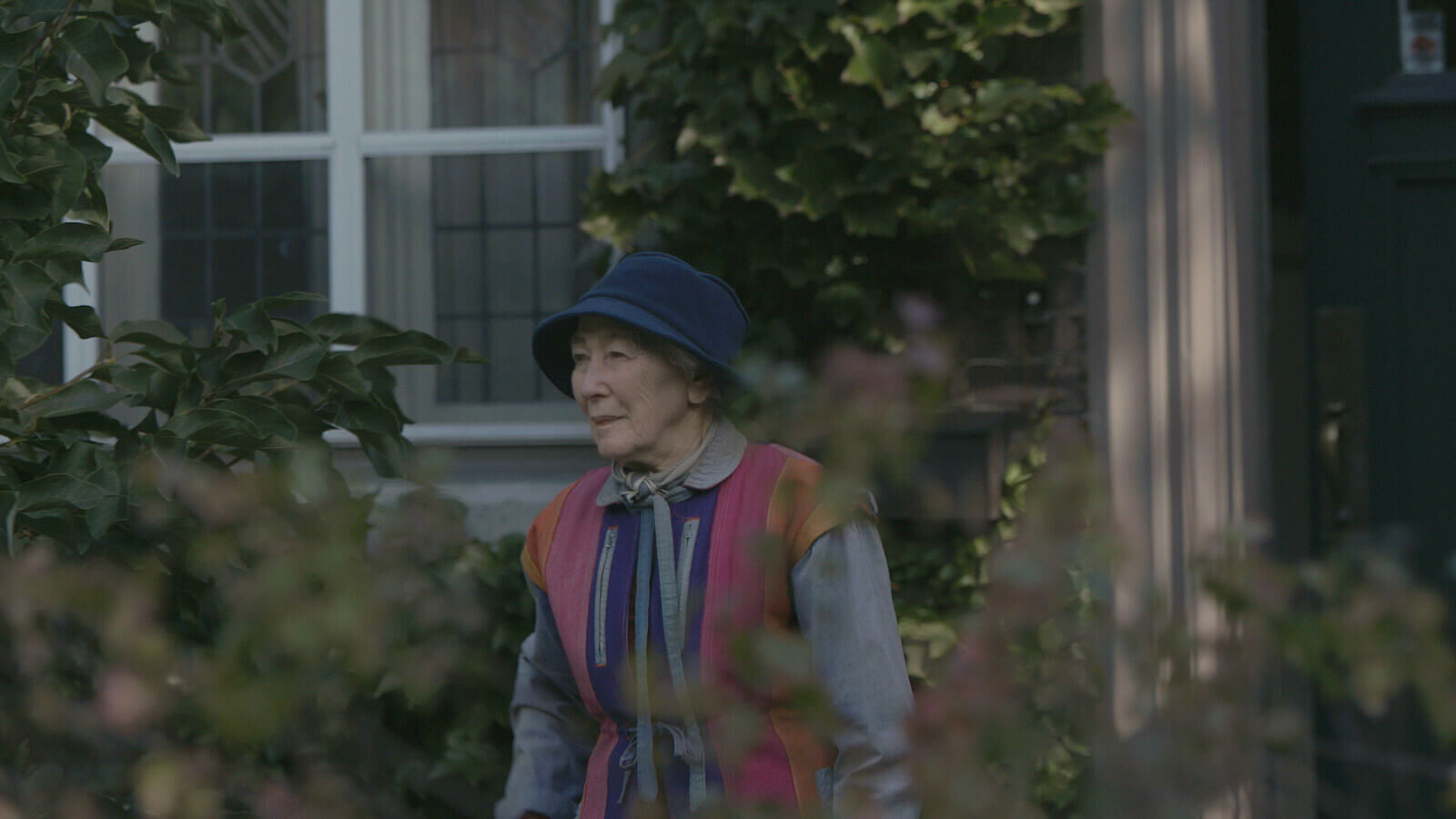 Embracing modernism and preservation, architecture and urban planning, Blanche Lemco van Ginkel was decades ahead of her time.

The architect Blanche Lemco van Ginkel, who died at age 98 in Toronto last week, had a significant, if until recently under-appreciated, role in shaping our contemporary understanding of architecture and the city. She brought an urban planning lens to architecture, the idea that the design of housing should extend to the design of community. She also was a modernist at heart – but she championed neighbourhood heritage, a seeming contradiction for someone of her time, when modernists were eager to disavow the past and forge new models for living. This embrace of both innovation and preserving the irreplaceable is now appreciated by many modern architects. But Lemco van Ginkel only began to receive her proper due late in life, when academics, journalists and documentarians began to shine a light on her achievements. 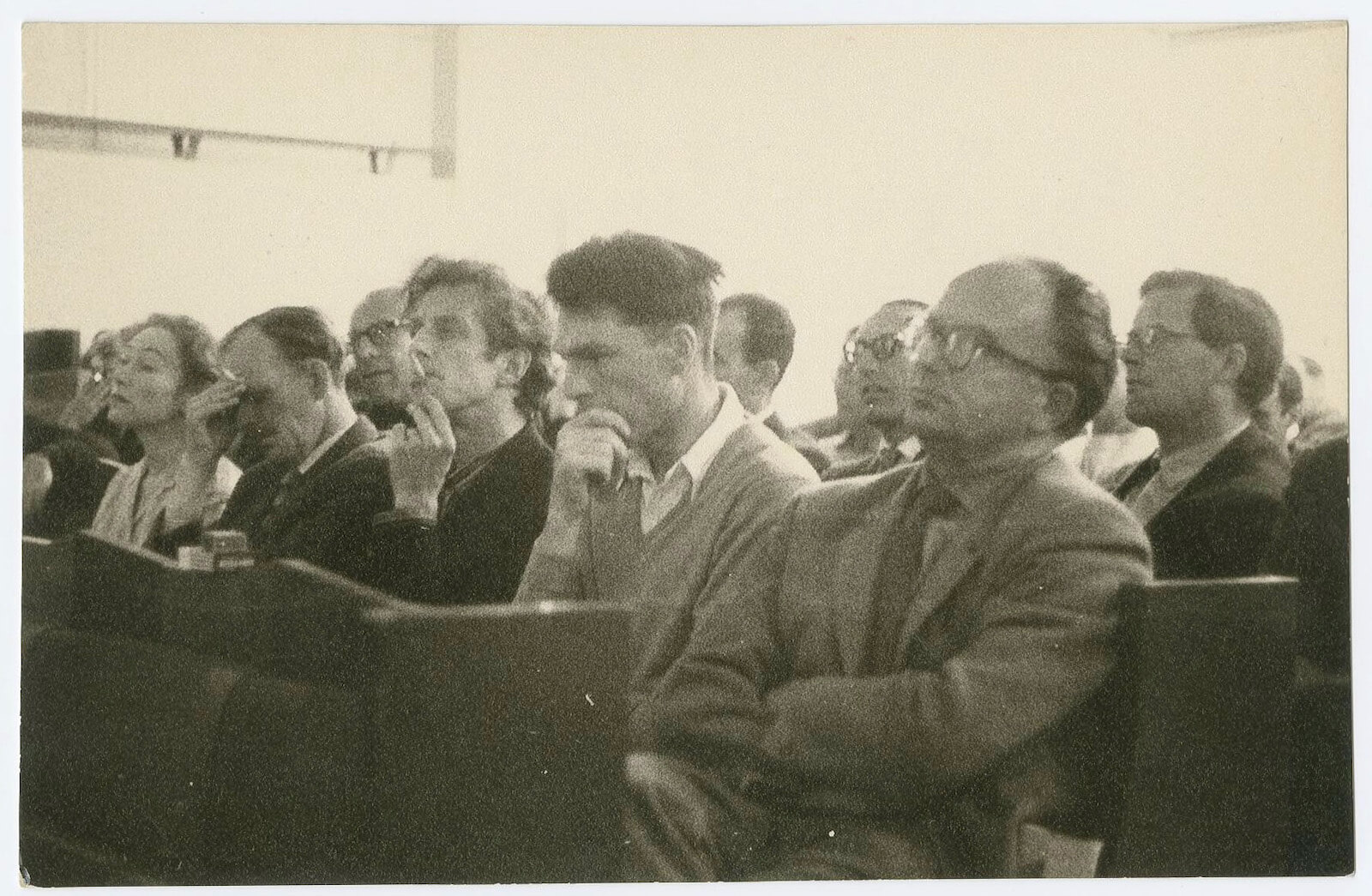 Lemco van Ginkel in a sea of male architects at CIAM 9.

Lemco van Ginkel was born as Blanche Lemco on December 14, 1923, in London, England. Having obtained a scholarship at a time when women were rarely accepted into architecture programs, she received her Bachelor of Architecture from McGill University in 1945 followed by her Master of City Planning from Harvard University in 1950. In between, she landed a job at the Paris studio of Le Corbusier, who was working on what would become one of his most highly regarded projects, the Unité d’habitation, or Cité radieuse, in Marseille. In City Dreamers, Joseph Hillel’s documentary focusing on the key roles of four women in reimagining our urban contexts — Phyllis Lambert, Cornelia Hahn Oberlander, Denise Scott Brown and Lemco van Ginkel — she shows us a model of the housing development’s accessible rooftop, including its beloved nursery, which she herself led the design on. 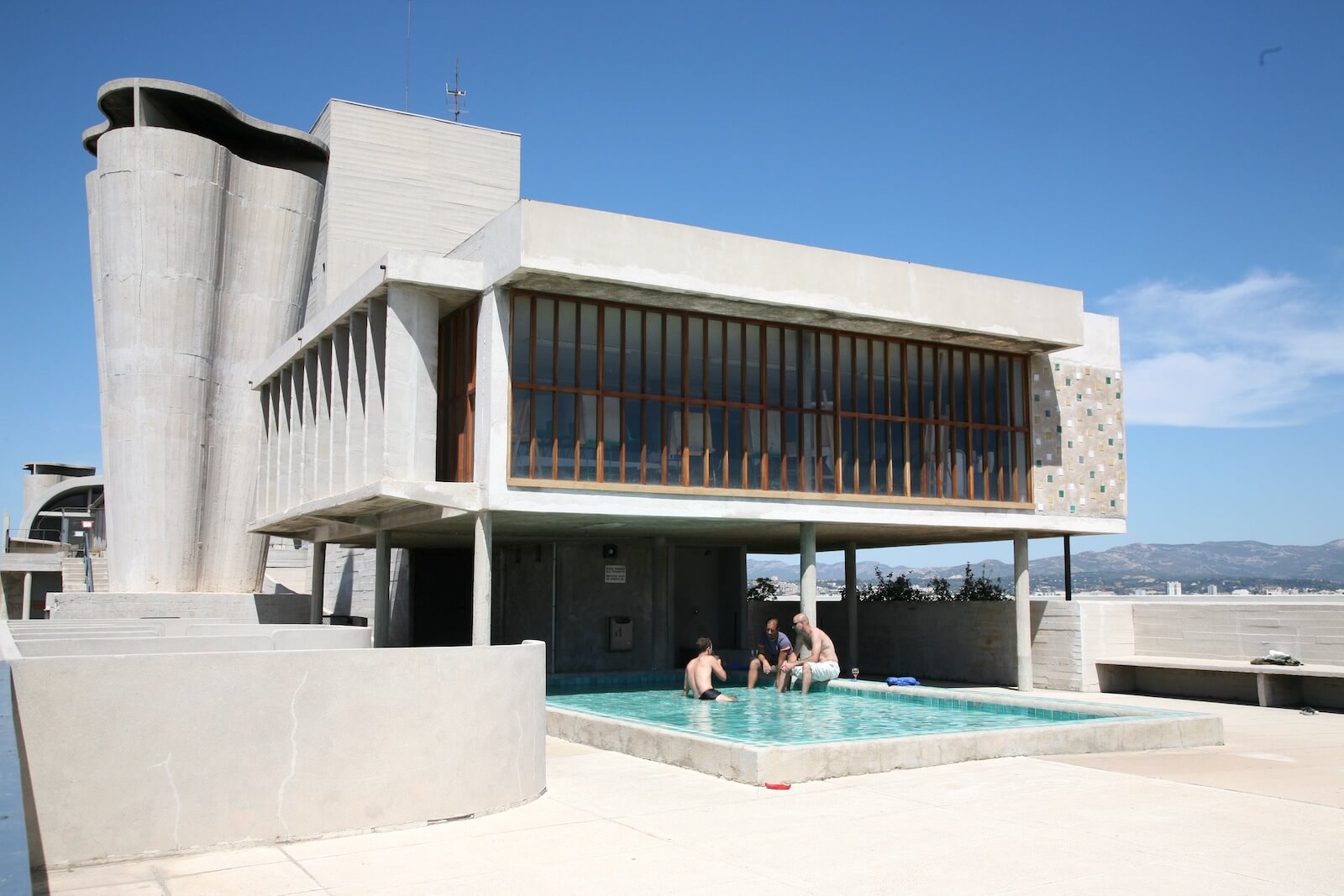 Describing the now-iconic project on television while it was still being built, Lemco van Ginkel used phrasing that sounds very familiar today. She referred to Unité as a “vertical neighbourhood,” not just a building, and one that elicited imagination and wonder. It “houses people but goes much beyond that: It appeals to the spirit of man.” (Her appearance on television programs and in newspapers of the day is remarkable for many reasons, among them the interviewer’s common incredulity that a woman — a “redheaded”, “girl architect” — could be engaged in such a profession.)

After working for Le Corbusier, Lemco van Ginkel attended CIAM, the International Congress of Modern Architecture, in 1953, and formed part of a group that posed a direct challenge to Le Corbusier and other eminences grises of the profession. For many years, the congress had been presided over by the old guard, but by this ninth edition, which took place in Aix-en-Province, France, the ground had shifted to the younger generation, who sought to redefine the meaning of “habitat” and to better understand the socio-economic and psychological contexts of housing projects. This cohort ended up forming Team 10; it included practitioners from different parts of the world who were addressing increasingly complex contexts and fostering entirely new paradigms of practice. 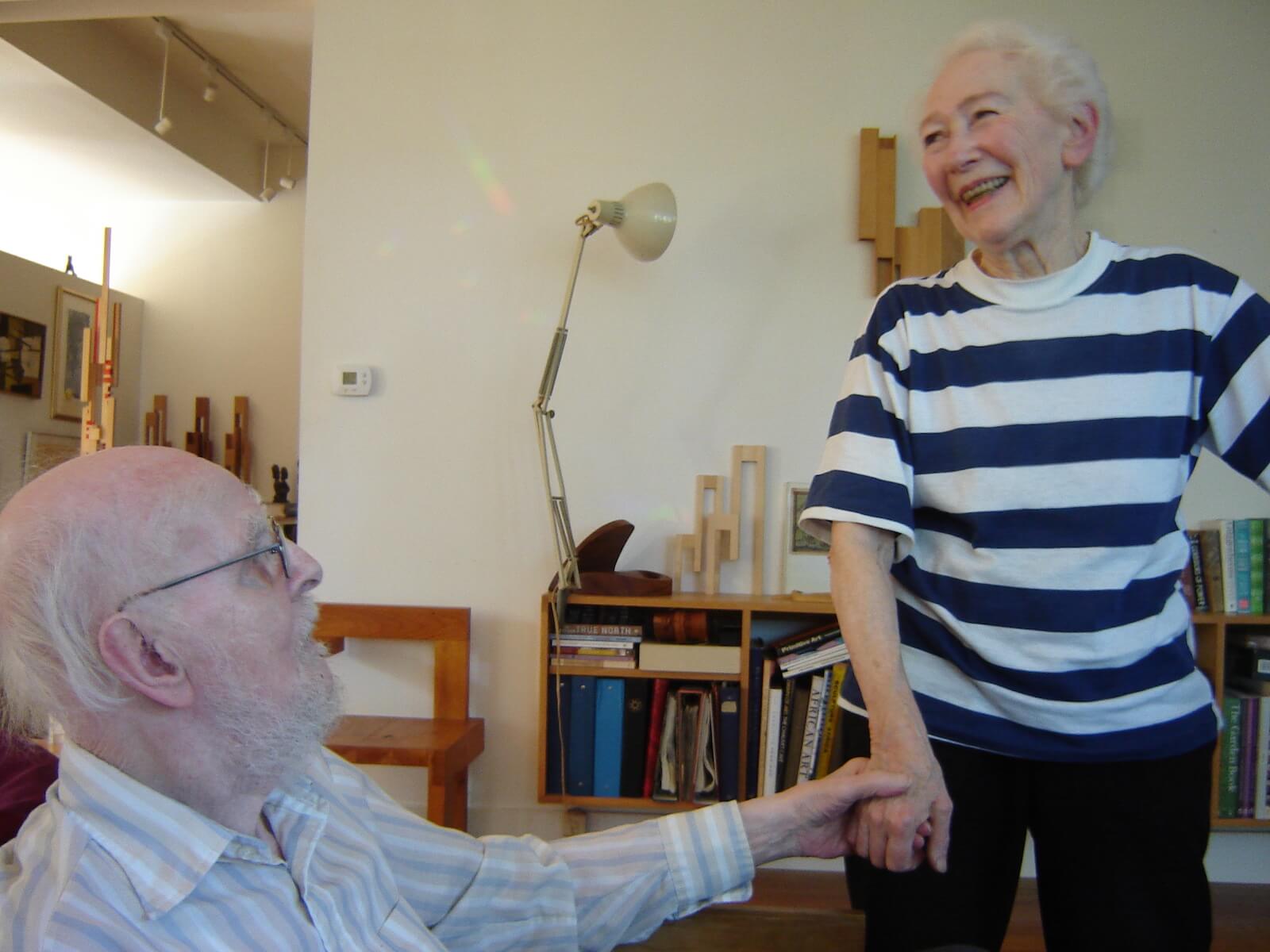 Also key in that group was Sandy van Ginkel, the Dutch architect who would become Lemco van Ginkel’s partner in life and practice. The two worked for a while in the U.S., where Lemco van Ginkel taught at the University of Pennsylvania. But they soon left the States to flee McCarthyism and finally ended up in Montreal, where they established their own firm, Van Ginkel Associates, in 1957.

It’s in Montreal that the van Ginkels, avowed modernists, became heroes of preservation. In the 1950s, the Old Port of Montreal and its surroundings, full of “shabby” old buildings, was about to be taken over by an elevated expressway. Enchanted by the existing architecture, some of which dated back to the 1600s, the van Ginkels protested the plans to the Port Council, which then commissioned the duo to study the proposed thoroughfare’s potential impact on the historic neighbourhood. After that report was leaked to the press, the rest of the city rose up in protest, too. Under threat of a major lawsuit by the developers — who contended that, as architects, the van Ginkels had no right to block a city project — the duo established Quebec’s first professional corporation of urban planners in 1963. They also presided over plans for a new location of the Ville-Marie Expressway, allowing for the refurbishment and codified protection of what would become Old Montreal. 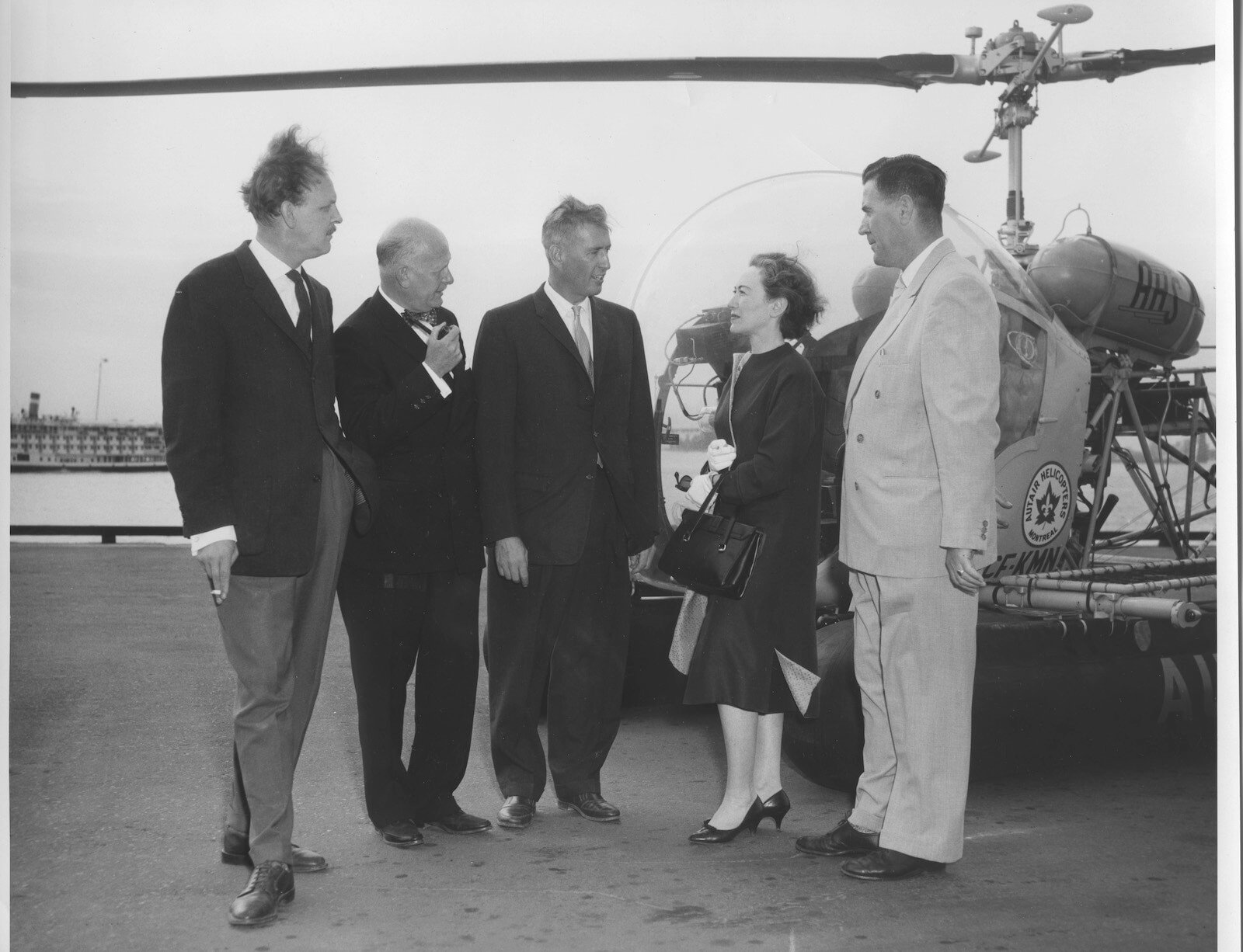 Sandy van Ginkel, far left, and Blanche van Ginkel about to board a helicopter to survey a new site for the Montreal expressway.

Their impact on Montreal wasn’t only in preservation — alongside saving Old Montreal, they fought off development that would encroach on Mount Royal Park — they also championed modern ideas. The van Ginkels drafted the proposal that secured Montreal as host of Expo 67. Hired to produce the preliminary plan, Sandy van Ginkel would invite a former student of his, Moshe Safdie, to present his vision for futuristic living at the international exhibition. The rest is history. 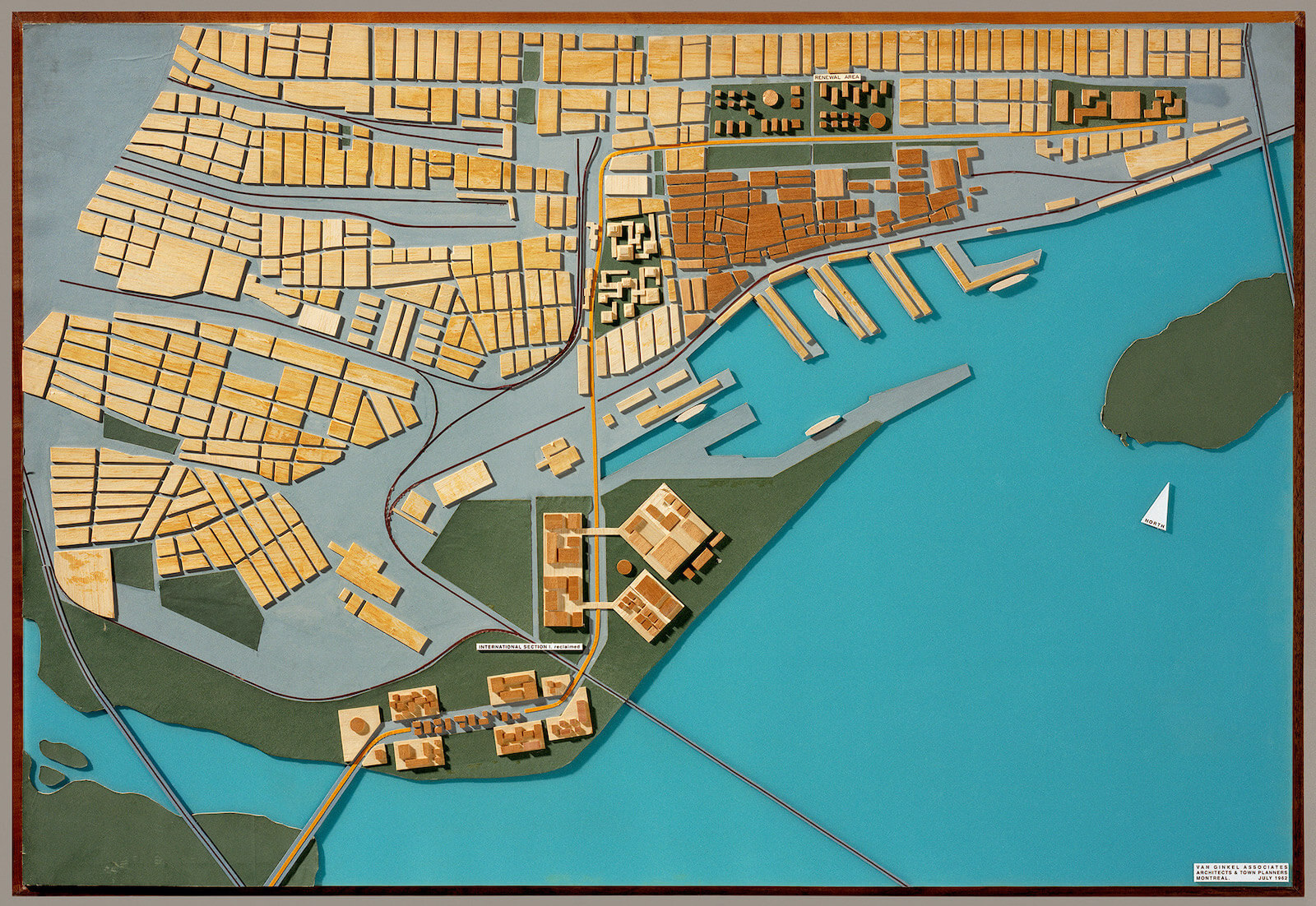 A plan for Expo 67 by the van Ginkels.

While Montreal was central to the van Ginkel’s legacy, Blanche Lemco van Ginkel would go on to even more achievement in Toronto. A lifelong educator, she had taught at McGill, then at Princeton and eventually landed at the University of Toronto in 1977. There, she became the first woman dean of an architecture school in North America.

Along the way, the firms the van Ginkels would devise many city plans and architectural projects, big and small. Lemco van Ginkel, who started out an idealist — someone who believed in architecture for the masses, and the idea of architecture being useful to society, as she explains in City Dreamers — had a real and profound impact on architecture, both within the profession and in the broader world. She received the RAIC Gold Medal in 2020 for her contributions to the field, which captured the wonder and awe of modern architecture and its possibilities.

Embracing modernism and preservation, architecture and urban planning, Blanche Lemco van Ginkel was decades ahead of her time.