CHUM Superhospital Opens in Montreal
The first phase of the CHUM superhospital opened its doors in Montreal this weekend. CannonDesign and NEUF Architect(e)s led the design, which to date has involved over 500 architects. 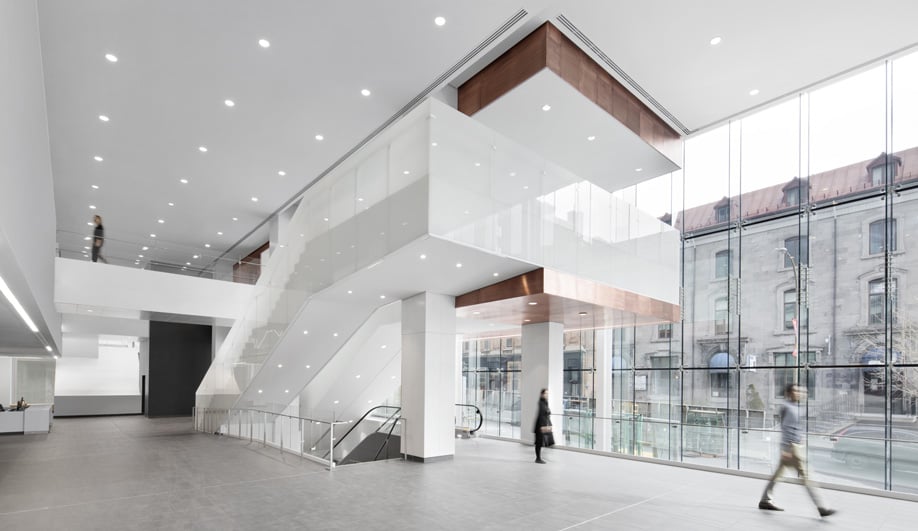 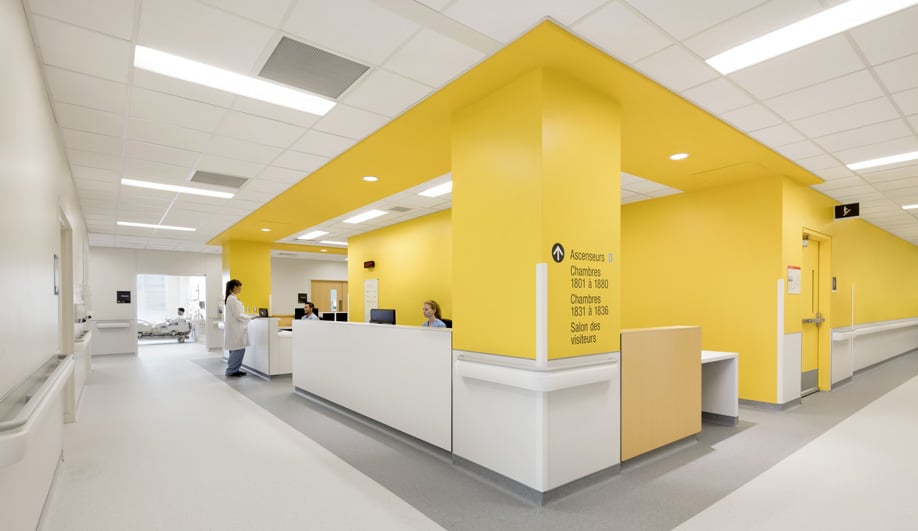 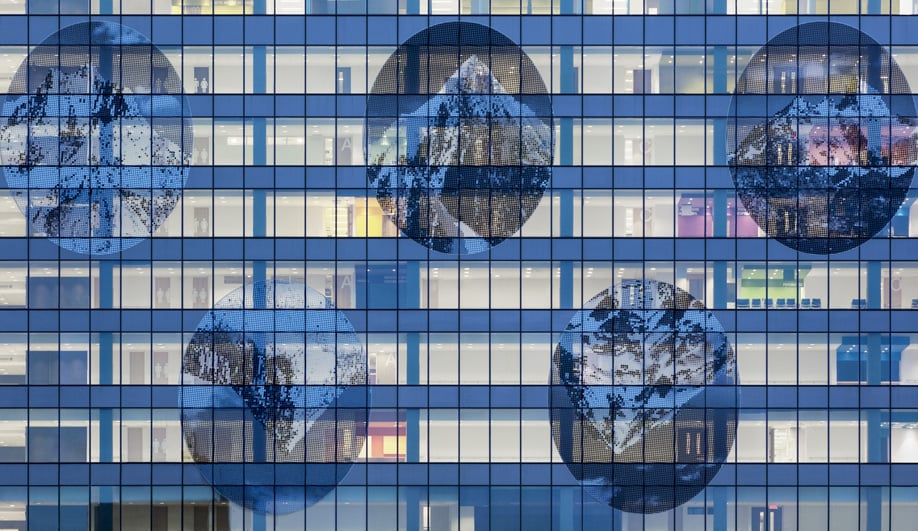 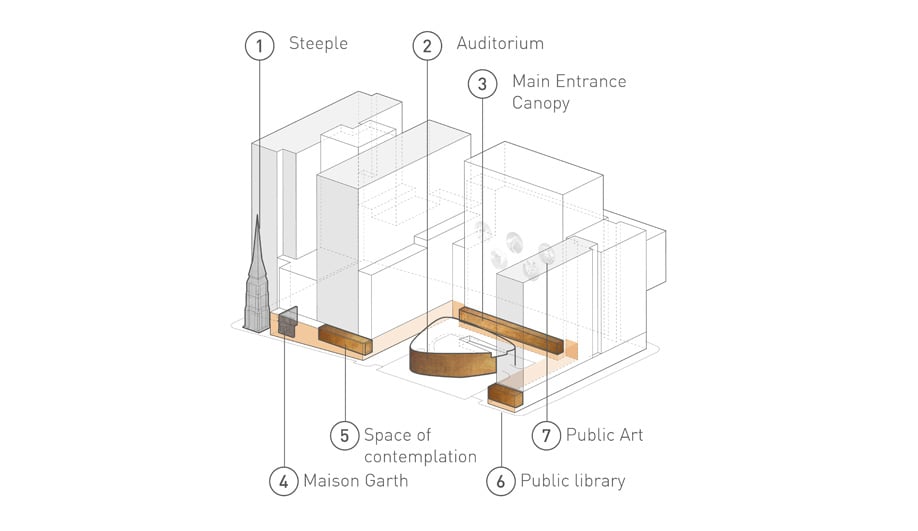 One hundred months since its kickoff and three days before its September 17 launch, there were kudos all around among the architects that designed, built and just delivered Phase 1 of the Centre Hospitalier de l’Université de Montréal (CHUM), the city’s new superhospital. Taking stock at this milestone, Christine Cavataio, senior vice president of CannonDesign’s Montreal office and Azad Chichmanian, partner at NEUF Architect(e)s, paused momentarily to marvel at the magnitude of a fresh data point. To date 500 architects have worked on the CHUM project.

Upon completion in 2020, the two-phase, neighbourhood-scale, $2-billion, 22-story colossus, a highly-articulated massing of seven volumes, will span two-city blocks, house 772 patient rooms, 443 clinical examination rooms, 39 operating theatres, 12 radiation-therapy vaults, a 500-seat amphitheatre and Montreal’s highest concentration of public art in 3 million square feet. For locals still counting, that would be the equivalent of rebuilding I.M. Pei’s Place Ville Marie with forty extra stories. By then, it will welcome 10,000 employees, 5,000 students and untold patients and denizens daily. It will also take the cake as the biggest public-private-partnership project in Canadian history. 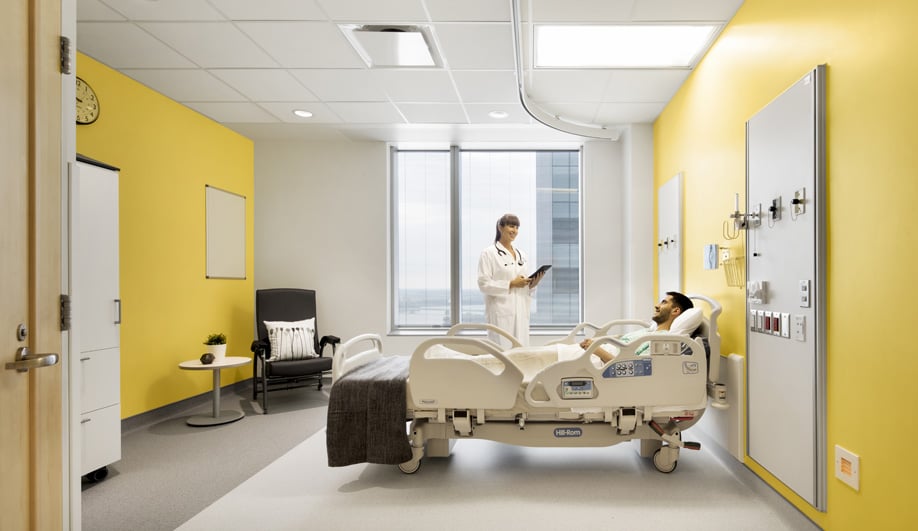 Too busy to bask in a state of grace, CannonDesign and NEUF’s architects have furthered the scope of their collaboration. Their blended teams were already scrumming in war rooms to prepare their upcoming presentations for the superhospital’s three nominations at the World Architecture Festival and Awards, taking place this November in Berlin, in the Display, New and Old and Health categories. 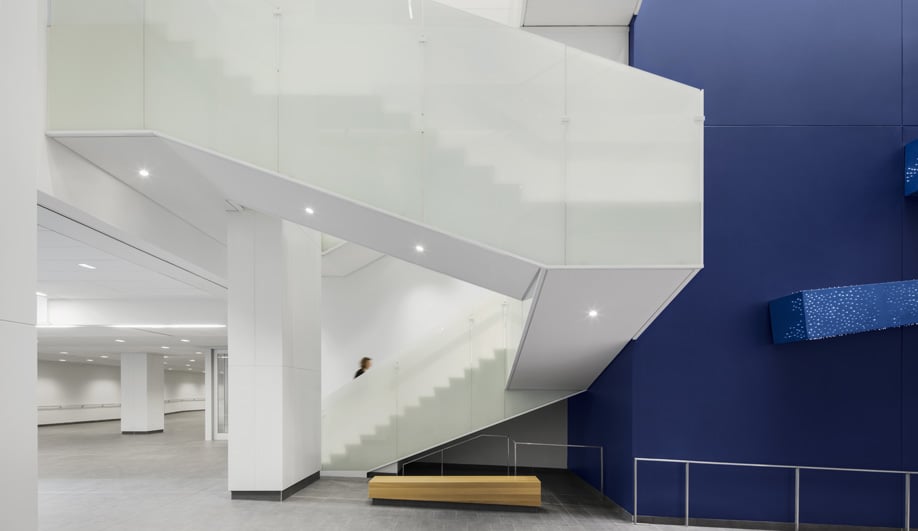 “I think it’s unprecedented to be shortlisted in that number of categories,” says Chichmanian weighing the consortium’s chances, “It goes to show how the CHUM is actually many, many projects that are significant and noteworthy in one.”

Much of the earliest critical acclaim for the CHUM has been for its interiors and the architects even earned an additional nod for INSIDE, the WAF’s sister festival.

Cavataio suggests that the secrets to the CannonDesign + NEUF Architect(e)s interiors are the views and natural light provided by the envelope’s floor-to-ceiling windows. “The light and airiness bring a sense of health as well.” she explains. “It’s quite impressive looking at how the light penetrates in the building. I think that’s a remarkable thing we were able to accomplish consistently and throughout.” 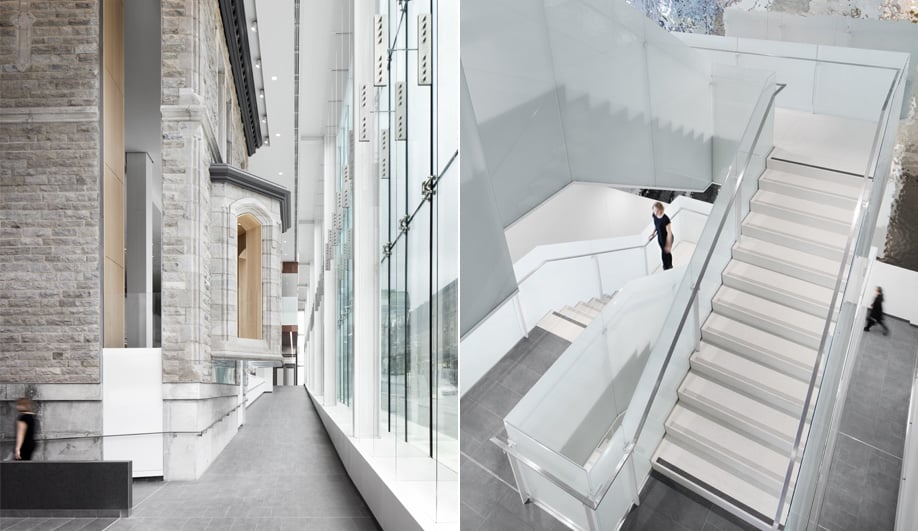 Chichmanian doubled down on the chimera of the views being a differentiator of their hospital interiors: “The urban context forced a vertical approach, created better views out, and they became more significant tools that could be integrated much more deeply into the different types of uses.”

The ambulatory building’s three-story open and transparent, ground-floor atrium is a prime example. “You immediately see through the building. It’s very narrow. That was a conscious decision to have people understand its depth and confront its human scale,” he says, “That helps people overcome the anxiety of traditional hospitals and going into a maze and not knowing how to navigate a deep floor plate.” 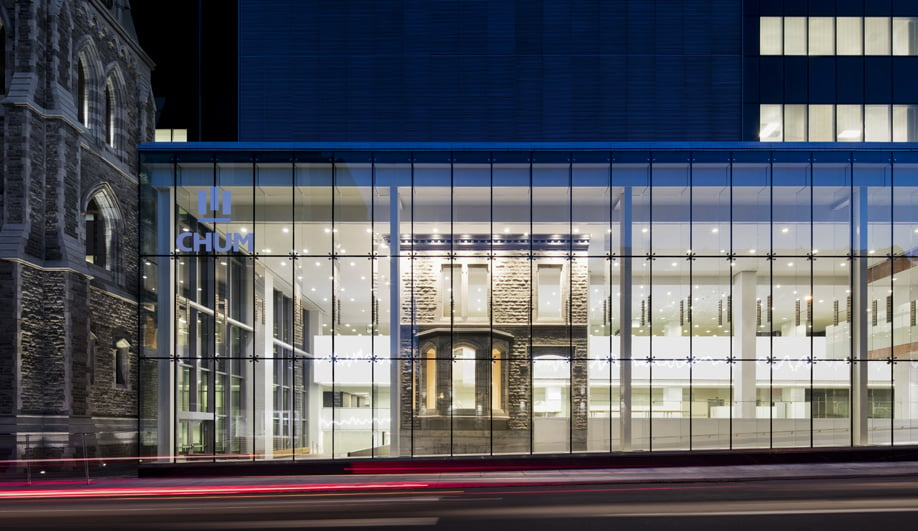 The architects went further and integrated the tacit signalling by the skyline’s landmarks into the CHUM’s natural and non-verbal wayfinding. For instance, the corridors of many floors end with sight lines out windows with views and many waiting areas for patients have window-side seating as well. Like over-sized Montreal-postcard memories, the premise here is that users will instinctively orient themselves by following a familiar sequence of memorable vistas. Used in combination with boldly colour-coded destination areas and in addition to traditional signage, these extra cues may accelerate the facility’s use. 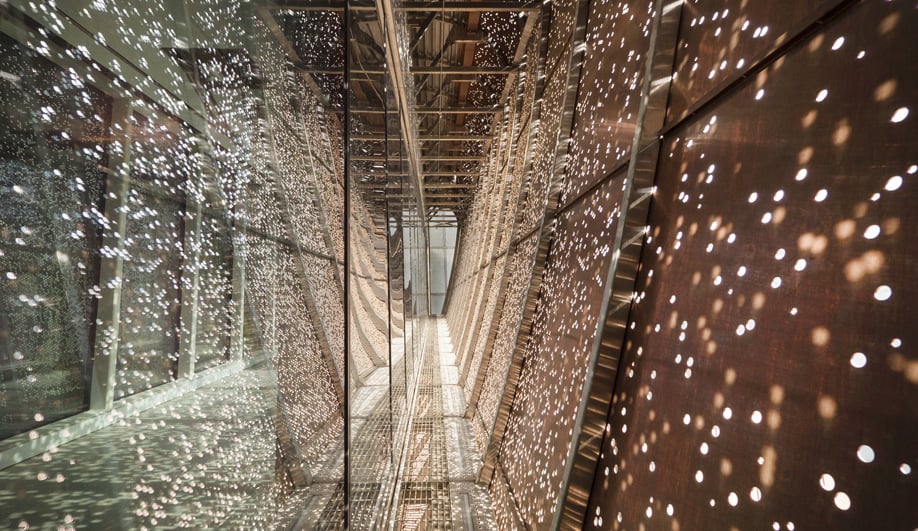 The CHUM’s gargantuan scale means that the architects could indulge in being self-referential too, building landmarks for the hospital’s own users. The articulated massing of the different volumes of different heights created opportunities for outdoor, rooftop green spaces. Cavataio and Chichmanian tipped landscape architecture firm, NIPPaysage, to design literal herb gardens. 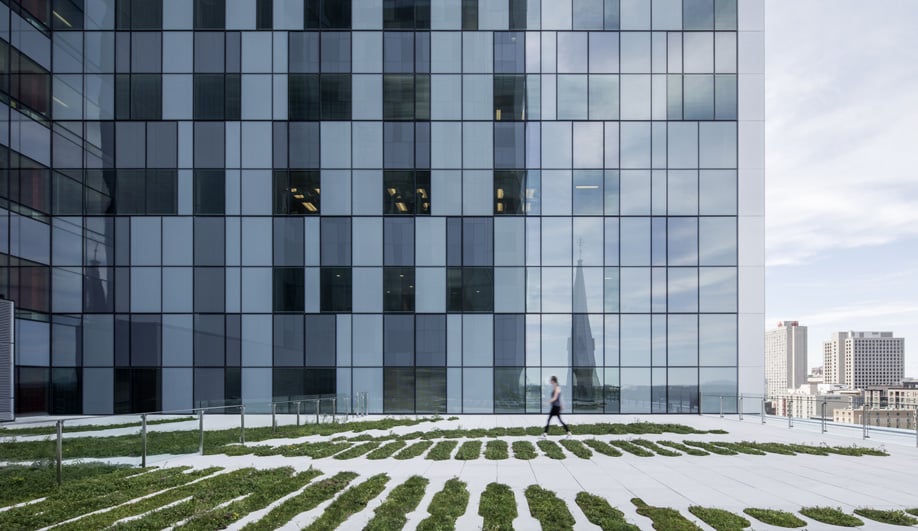 From above, the shrubbery of the seven different rooftop green spaces take the shapes of different, oversized, medicinal herbs. The playful landscaped images are as pleasant as they are unexpected and add a pinch of fun to enhance the sense of place of the vantage points overlooking them. They may even make someone inside the hospital smile.