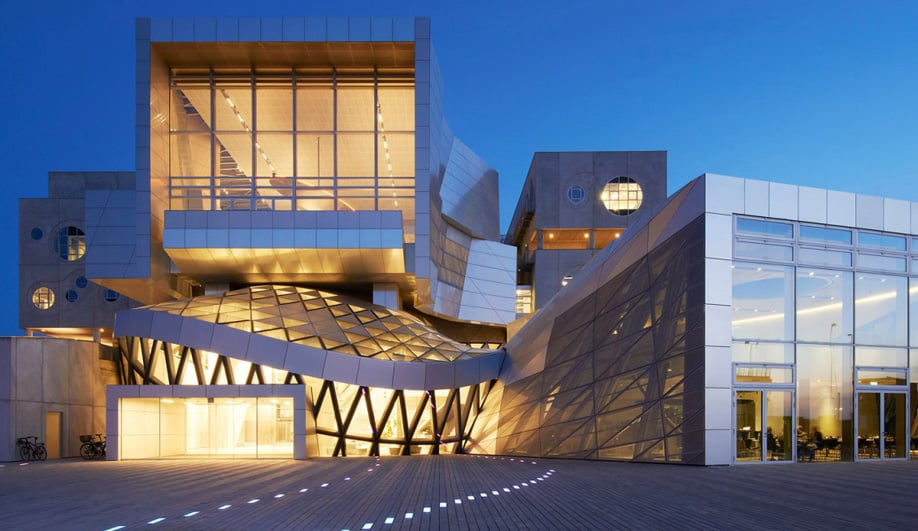 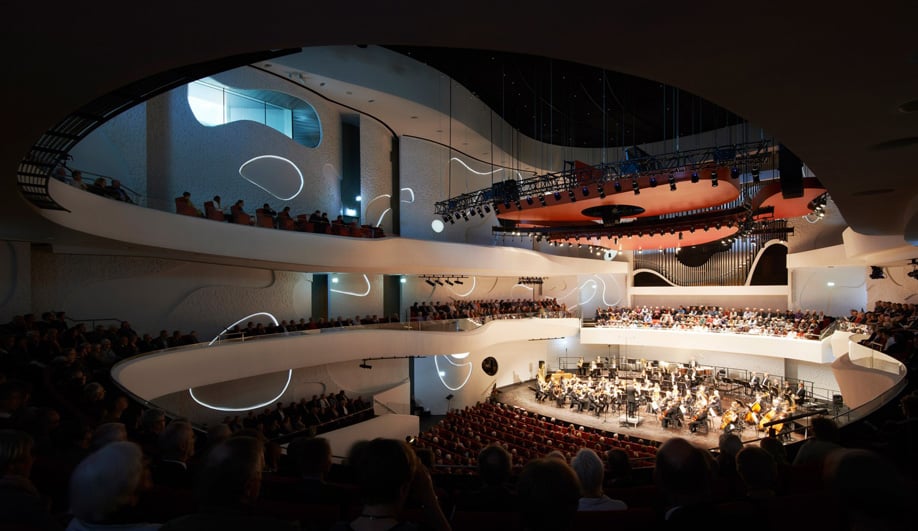 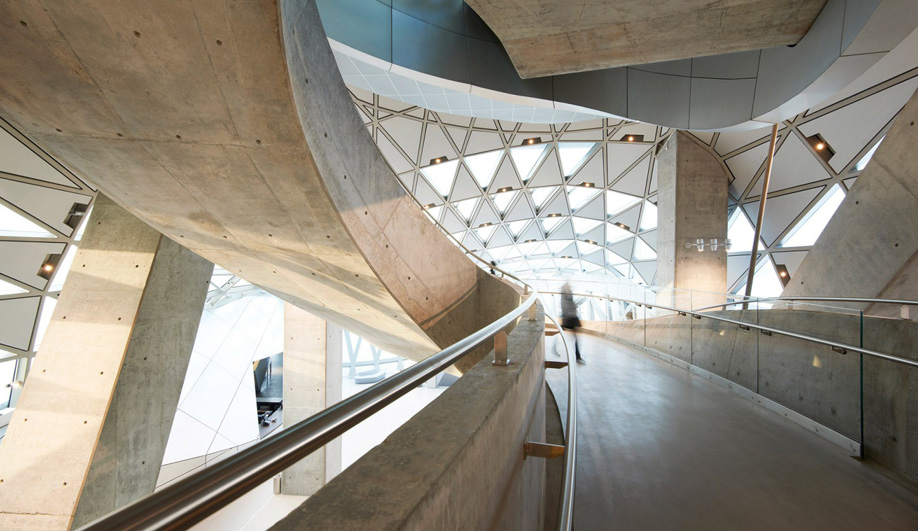 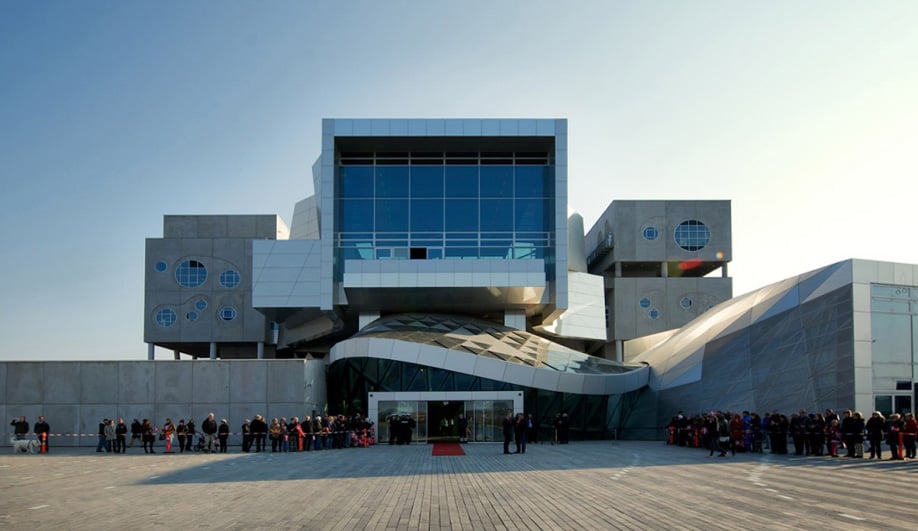 Over a decade in the making, the official home of the North Jutland House of Music Foundation, in Aalborg, Denmark, now plays host to the musical talents taking the stage in this university city. After winning a competition for the commission in 2003, Vienna-based Coop Himmemb(l)au worked on a master plan for the site that would evolve over the next seven years. Musikkens Hus (which the firm has dubbed House of Music II, since it represents the second plan developed for the venue) opened in late March, following a four-year construction period. It forms, and nurtures, a new cultural plaza for the city, with the adjacent Nordkraft building.

While the severe concrete structure emphasizes the solid cube – a form repeated in its many jutting volumes – a swooping canopy that flows over the entrance, as well as circular perforations in the facade, hint at the curves that give its interiors their sinuous character.

A grand foyer, which holds over 2,000 guests, creates meeting opportunities for the residents and an ideal setting for large events. The hall’s central function is located accordingly, a stark white volume carved out in flowing lines that seem to echo the waves of sound that will fill the room. Its plush red seats accommodate an audience of 1,300, and the acoustic design, by New York’s Artec Consultants, is carefully composed to enhance a wide range of music, from classical (performed by the local symphony) to jazz. Features such as the vertically adjustable ceiling, the automated, moveable stage extension and a motorized drapery system that provides options in wall texture, allow for optimal sound transmission for every performance.

The eight-storey venue also houses three smaller performance rooms, as well as spaces for artists, students and educators, which together form a horseshoe around the main hall. Acting as a hybrid educational and cultural hub, this building is as much an architectural highlight for the city as a crown jewel for the arts community. It will be a home not only for Aalborg University’s Department of Music and Music Therapy, but also for the Department of Architecture and Design.