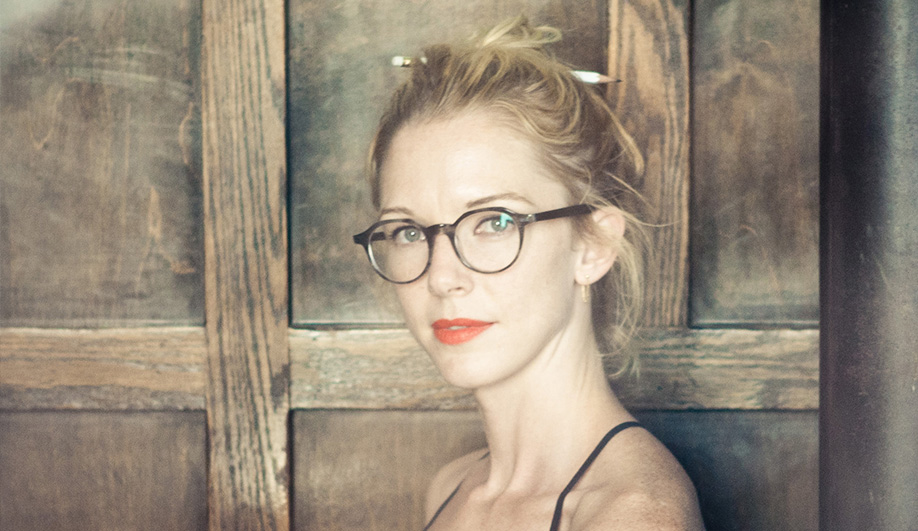 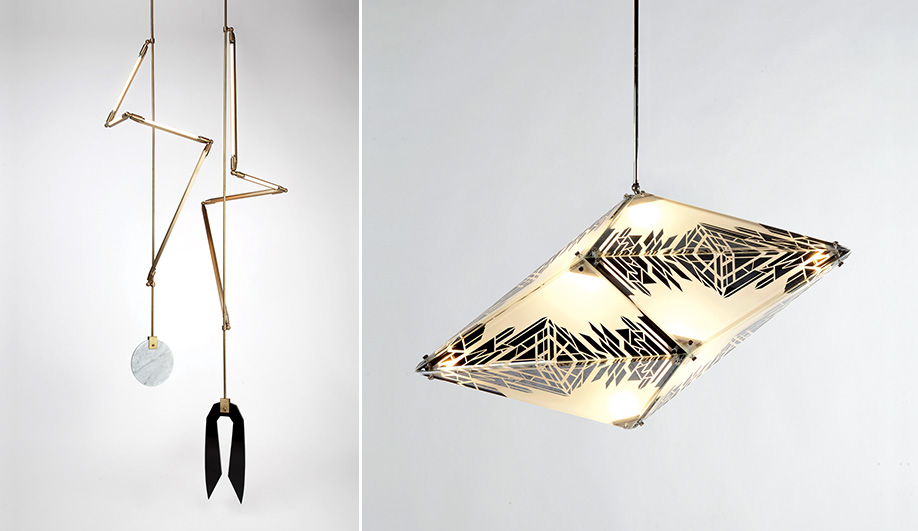 Left: Helix is made up of custom brass hardware and LED tubes; stone pendants act as counter­weights and rnadd embellishment. 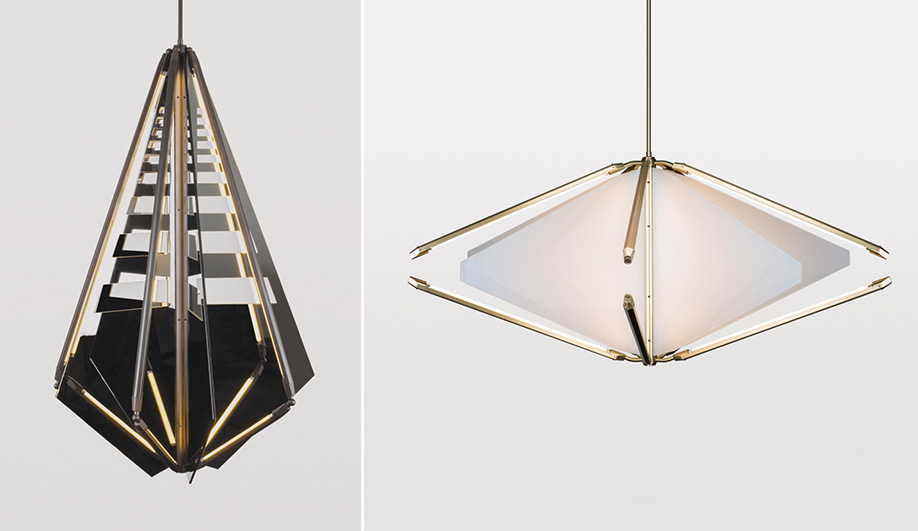 Left: Echo’s mirrored fins radiate from a central axis and reflect beams of light from LED tubes. Right: Designed for Roll & Hill, Maxhedron is made of two-way mirror and brass. The pendant comes in various forms, including a new tessellated version.

In her strikingly faceted lighting, Bec Brittain showcases her key source of inspiration. “I’ve had a fascination with crystals for years,” says the 33-year-old designer. “They’re these non-living growing things that at times feel almost sentient. They begin from a strict, rigid, simple unit structure, but you can use that to create seemingly infinite complexity.”

After studying product design at Parsons the New School for Design, then philosophy at New York University, then architecture at the Architectural Association School of Architecture in London, she finally fell for lighting while working for New York designer Lindsey Adel­man. The bespoke quality of the work helped to resolve her mixed feelings about the disposability of mass-produced goods. Since 2011, she has been turning out her own range of jewel-like fixtures with meticulously machined metal parts, such as her Shy series of suspension lamps, with LED tubes that draw lines in space; and her Echo pendants, whose bronze or grey mirrored fins reflect and multiply light.

Meanwhile, 2014 is shaping up to be her breakout year. Participating in the International Contemporary Furniture Fair for the first time, she is pushing many of her light fixtures to new creative heights, producing the monumental Shy Lamp and water jet-cut Echo pendants. At the same time, the Manhattan design store Matter is hosting an exhibition of pieces she developed in collaboration with Swedish designer Hilda Hellström, including lamps punctuated by colourful, stonelike pieces made from Jesmonite.

As well, with lighting manufacturer Roll & Hill, she is introducing the Seed suspension lamps, which aim to capture the moment when new crystals begin to form. The lamps feature an assortment of angular glass modules that all attach at slightly different angles to a metal frame. “They’re asymmetrical,” Brittain says, “because I want them to reflect the natural, spontaneous moment of a seed crystal starting.” ­