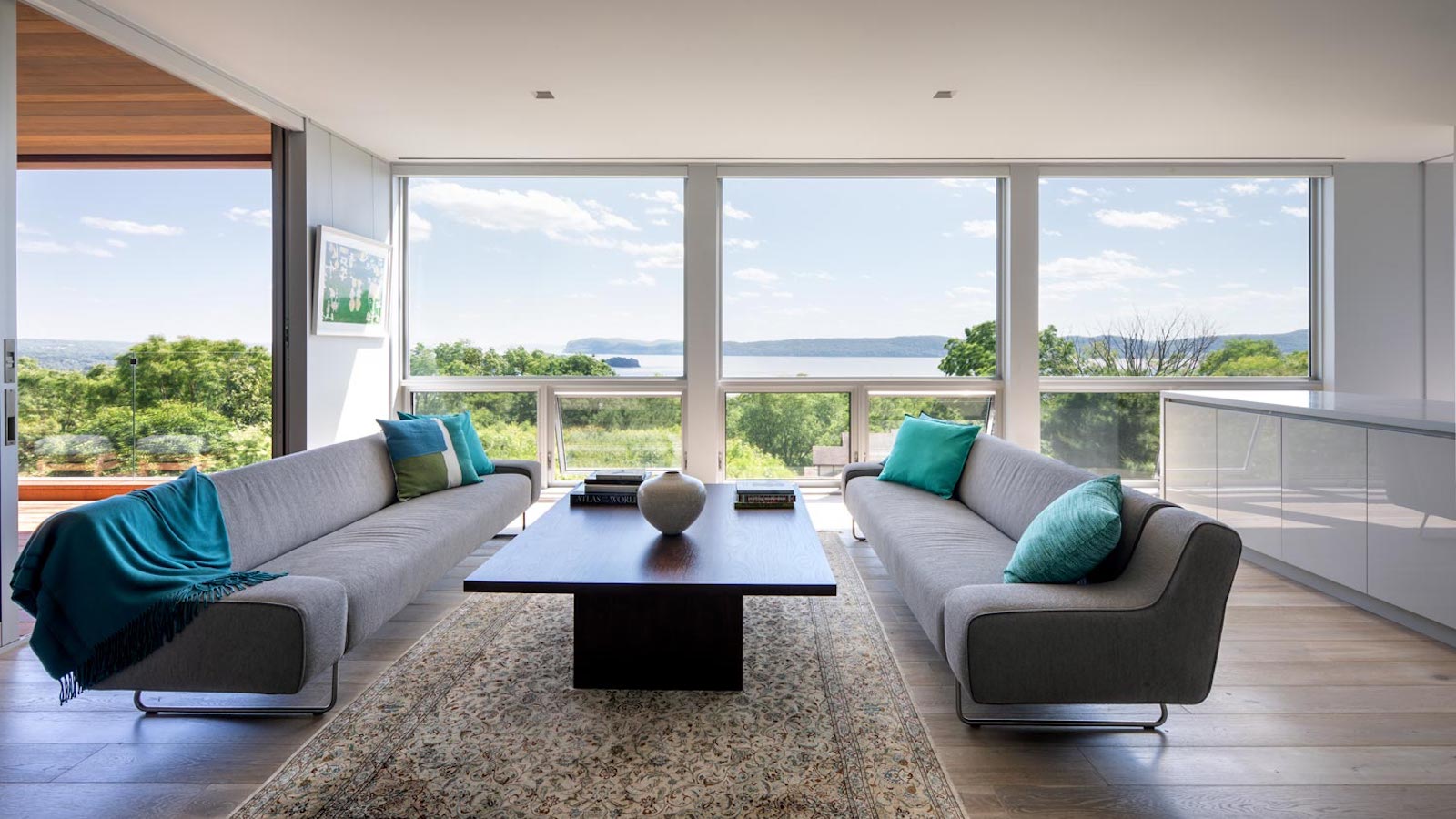 How important is natural light? Access to daylight is an inherent human need, and its importance to our wellbeing is fundamental. In a Harvard Business Review survey of over 1,600 employees, respondents even ranked “access to natural light and views of the outdoors” as the top workplace amenity – outweighing perks like fitness centres, cafeterias, and on-site child-care. The same applies to our homes: the presence of daylight is vital to our health and happiness. For Western Window Systems, it’s also a driving force of innovation.

Designed by Resolution 4: Architecture (RES4), a pair of countryside homes outside of New York City exemplify the custom flexibility of the Western Window Systems portfolio. In both homes, the elegantly open fenestration also invites a seamless transition to the outdoors, making for living environments that feel in harmony with nature.

On a hillside in the idyllic village of Croton-on-Hudson in Westchester County, the panoramic windows of a stylish modern house now overlook the Hudson River.

“We have this absolutely amazing view of the river to the west, so the intention was to capture as much of it as we possibly could,” says RES4 founder Rob Luntz. The result is at once subtle and spectacular, with the home’s uncomplicated façade opening out to an unparalleled view of the majestic landscape. 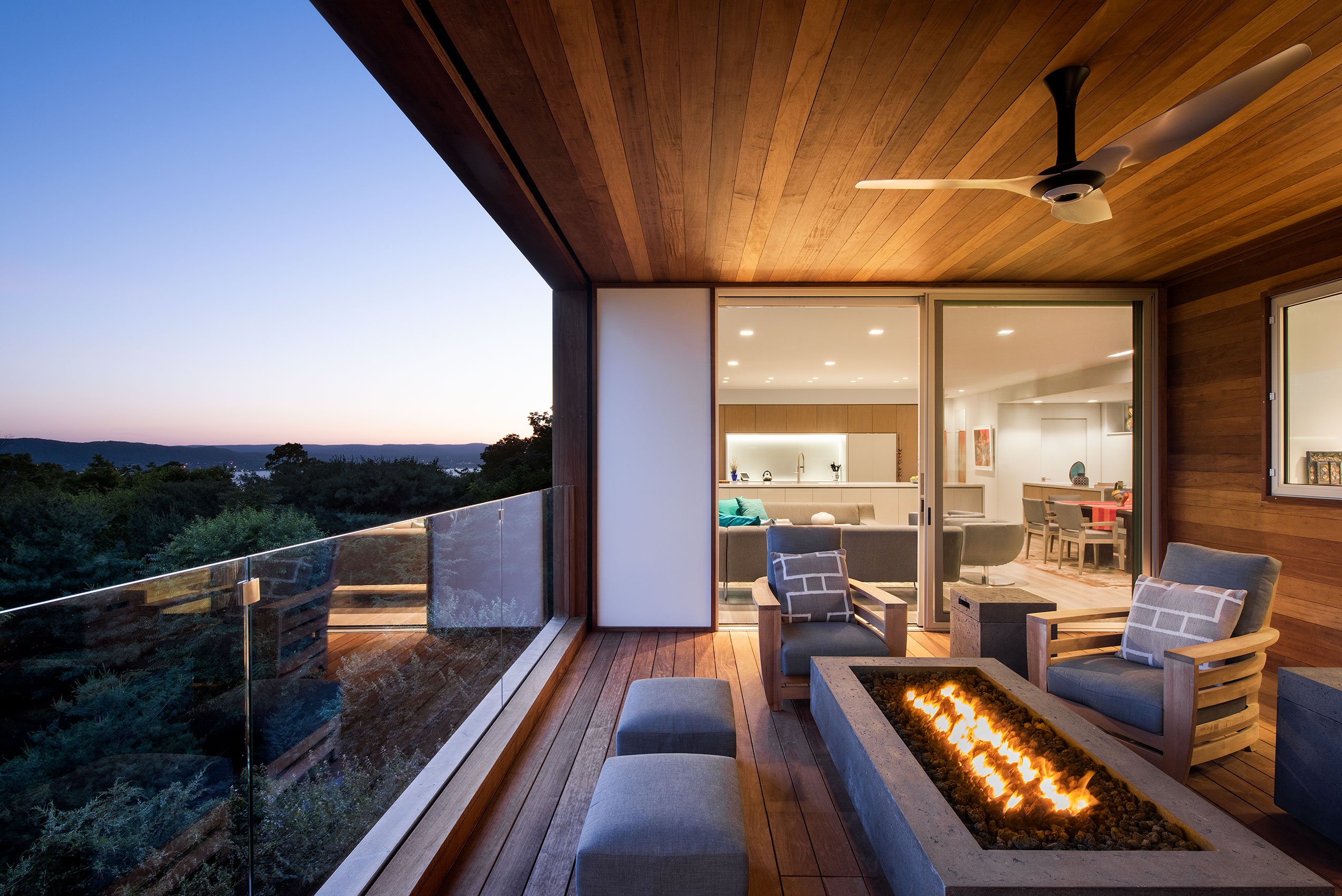 To best frame the Hudson Valley’s natural splendour, Luntz utilized massive glass throughout, including the showpiece windows that span the façade. Clerestory windows along the front also let in natural light while providing privacy from the driveway. The result is a soothing, restful home flooded with light, and one where the boundary between nature and the home is almost dissolved.

Conceived to maximize open views from all sides, the project’s elongated footprint is complemented by an open layout that emphasizes the bucolic surroundings – thanks in no small part to the minimal window framing and nearly floor-to-ceiling glass throughout the home. The pared-down design also makes the sleek windows an aesthetic and functional highlight, with the home’s interior gracefully flowing into a covered exterior balcony deck when the Series 600 Multi-Slide Doors are open. Meanwhile, on the ground floor a floor-to-ceiling Series 900 Hinged Door that opens to the poolside deck is quietly elevated by its clean, modern look.

Low-E, argon-filled glass panes limit solar gain to keep the house comfortable during warmer weather. With operable windows and sliding glass doors, the entire house also enjoys a natural cooling effect from the river breezes, and every room boasts copious amounts of cross-ventilation. It makes for a more pleasant – and healthy – living environment, all while lowering cooling costs and carbon output.

On Long Island, RES4 have created another similarly tranquil, light-filled home, albeit on a more modest scale. Intended as a weekend retreat for a young Brooklyn family – and a seasonal home for the Florida-based grandparents – the house was designed around an indoor-outdoor lifestyle.

Organized around a central courtyard, the pre-fabricated house boasts an airy ambiance that belies its relatively compact footprint. Once again, the window system plays a key role, with understated aluminum windows and Series 600 Sliding Glass Doors creating a smooth transition from the interior to the outdoors.

“This home has direct access to the water with unobstructed views across the bay. The design inherently needed to maximize window openings to take advantage of these views,” says RES4’s Jonathan Tucker. “It was also important to use natural daylight and natural ventilation throughout the home while connecting the interior spaces to the various exterior spaces that are features of the home.” 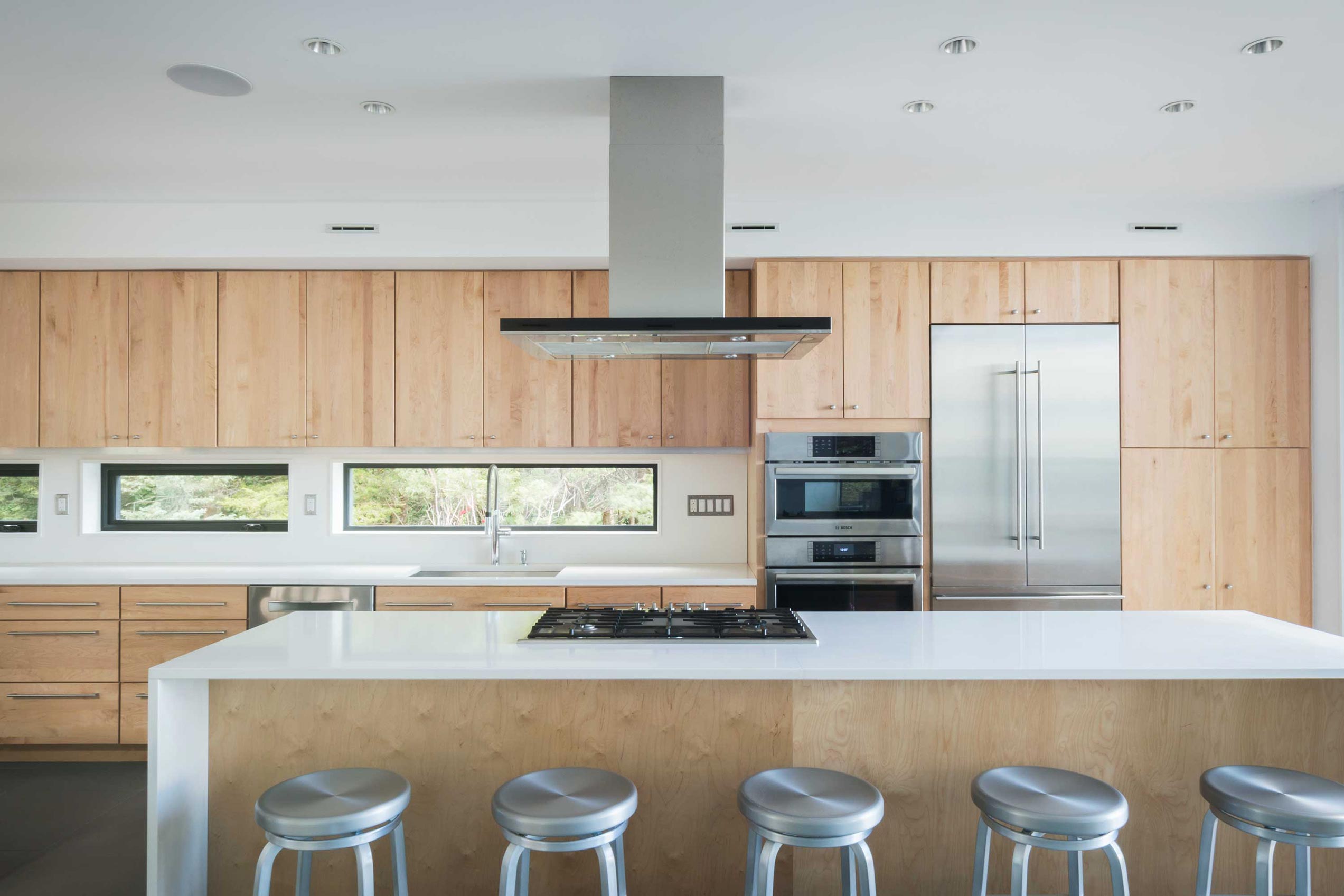 Because the project hinges on fostering bespoke connections to the outdoors, Western Window Systems’ extensive customization options were imperative, Tucker stresses. “In our experience designing homes, we are often limited by other window manufacturers’ size constraints that do not satisfy the clients’ expectations,” he says. “Western Window Systems’ capabilities give us freedom to connect large spaces to the outdoors in striking and unexpected ways.”

Just beyond New York City’s hectic urban landscape, the two homes celebrate their natural context with uncommon grace. And thanks to Western Window System’s elegant, energy-efficient, and highly durable doors and windows, the abundance of daylight and natural ventilation creates environments that feel enmeshed with the outdoors.

This content was published by Azure on behalf of Western Window Systems.