Five steps to Teeple Architects’ design process
A look at the process behind five projects - including 60 Richmond Street East housing, Langara College Library and River of Death and Discovery Dinosaur Museum - by the Toronto firm. 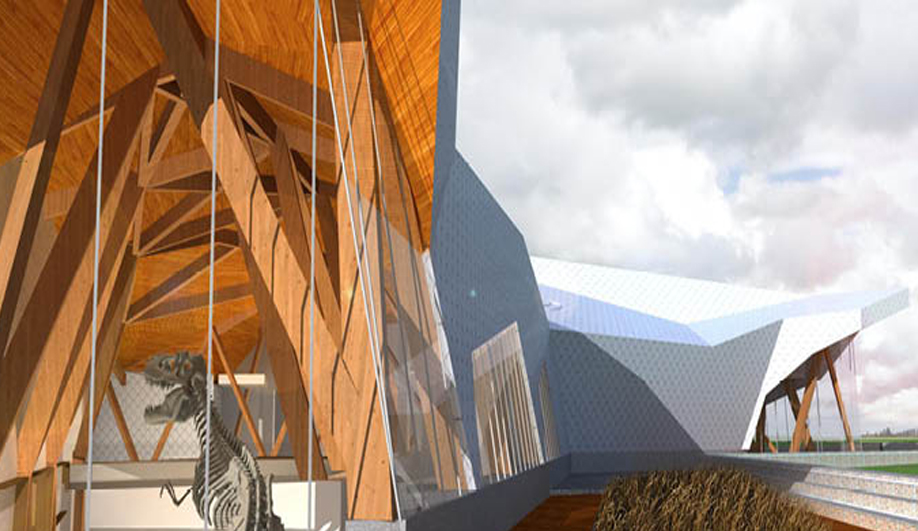 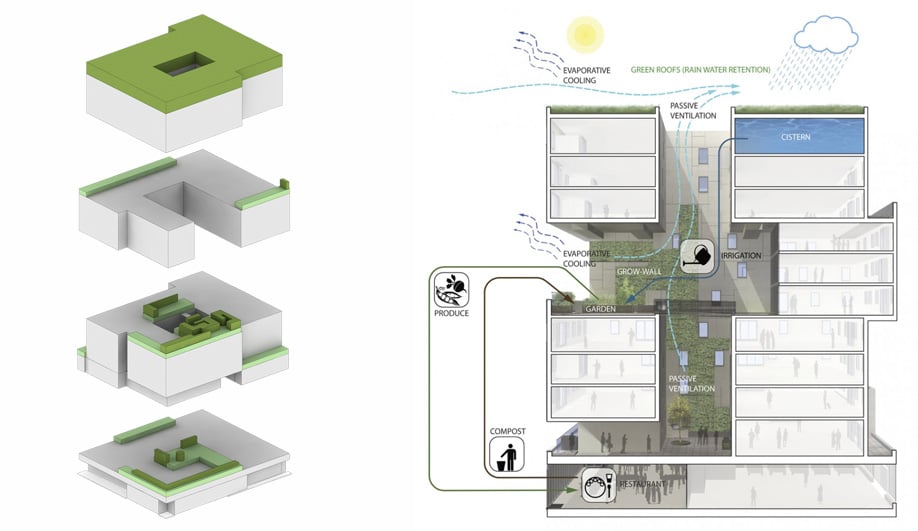 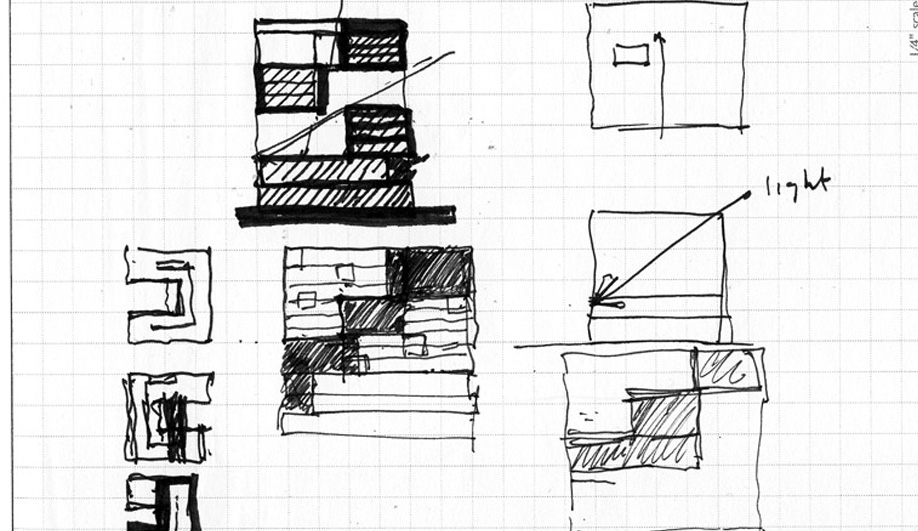 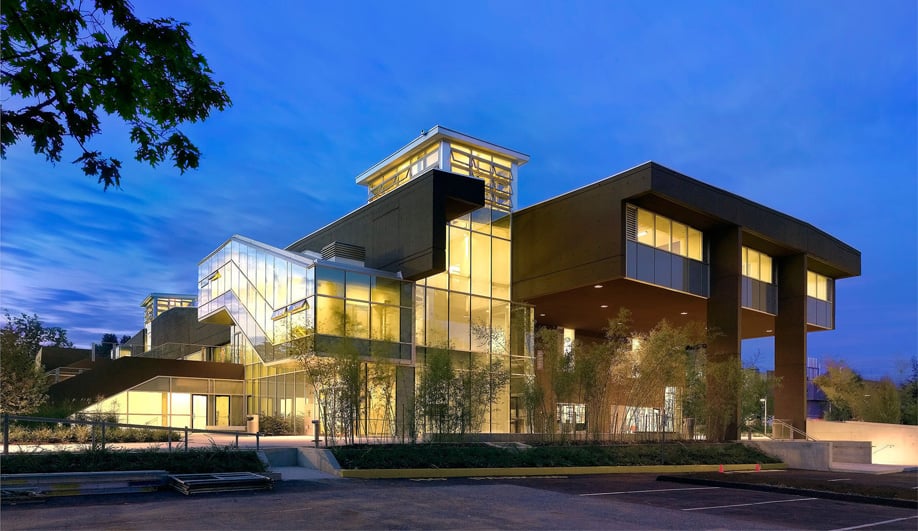 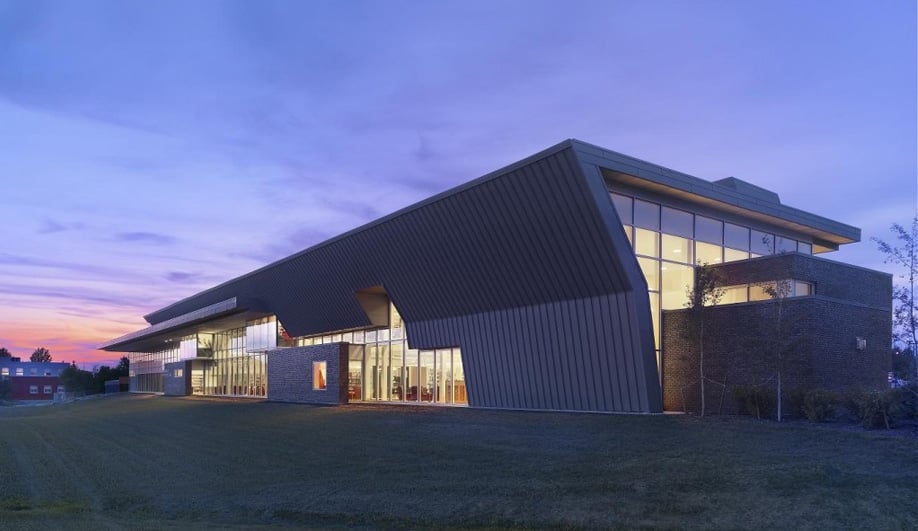 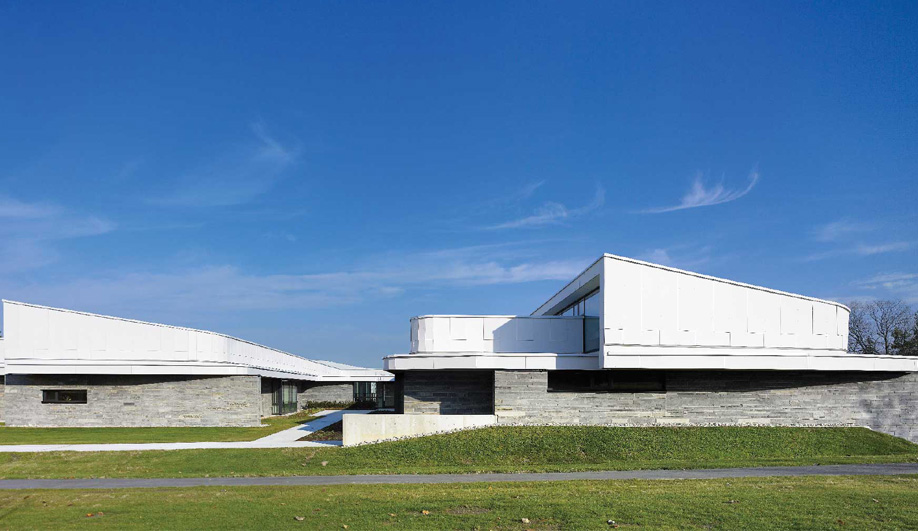 When Stephen Teeple, the principal of Toronto firm Teeple Architects, delivered a talk at the University of Toronto architecture school last month, he gave the audience a behind-the-scenes look at his studio’s design strategy through five buildings either completed or under development. For each project, the outcome from the outset is unknown, and while each begins with a different starting point, the firm’s open process leads to multiple possibilities. “We’re interested in how you can make boring realities inspirational,” the architect said. “You take those actual facts, needs, necessities and come up with solutions.” Ironically titled “Enough is never enough,” his presentation was organized under the five major themes – intriguing banalities, dislodging, fear condition, warped productions and measured space shaping – that guide the firm’s work.

Exploring the theme of “intriguing banalities, where everyday things can be inspirational,” Teeple described his firm’s approach to environmentally conscious design – a main feature in each project’s main architectural idea that’s also expressed in the completed work’s spatial experience.

Completed in 2010, the 60 Richmond Street East housing co-op was created for hospitality workers that had to relocate from Regent Park during its redevelopment. The architects took the simple starting point, “If you grow and prepare food, how would that inform the design?” What resulted is an almost self-sustaining community through an almost self-sufficient architecture: a solid cubic mass fronting the street is eroded at various levels to create openings and terraces; these become both social spaces for the residents as well as gardens for herbs and veggies that are used in the ground-floor restaurant. The process comes full circle when the resto’s organic waste becomes compost for those growing beds.

Discussing the idea, “Dislodging – design as a form of research,” Teeple explained that it’s important to keep the obvious in mind but also to be open to other possible outcomes. One example where this theme came into play was in this museum, which honours the famous Pipestone Creek Dinosaur Bonebed, one of the five most significant dinosaur bonebeds in the world. The museum’s circulation route follows the discovery and excavation of the bonebed, the paleontological reconstruction of the dinosaurs, and culminates with the re-creation of the experience of this prehistoric time.

In developing the flow through various schemes, a dynamic entry sequence takes visitors back in time through spaces that expand and compress, past viewing galleries where they can observe scientists at work in laboratories. Set to open in December 2012, this educational resource and learning centre, whose form recalls that of the dinosaur, will thrill researchers, dinosaur enthusiasts and the general public alike – especially kids.

According to Teeple, the “fear condition” – heightened by our awareness of diminishing natural resources – is fertile ground for architectural and artistic expression.

With a sustainable, highly energy-efficient design that informs its strong aesthetic identity, the Langara College Library (featured in Azure‘s June 2008 issue) makes the most of the site’s renewable resources. The environmental forces acting on the building, most notably variable wind conditions, generate its form; the inflected roof gathers wind and directs it into atria that ventilate the building entirely through this natural “stack effect.” These wind towers also serve as iconic elements in the student quadrangle and orienting devices that organize pedestrian circulation. By replacing typical HVAC systems with geothermal heating and cooling, and by incorporating rainwater harvesting and internal courtyards that pull in daylight, the firm achieved a beautiful building that functions as a green machine.

Conflict avoidance is not the answer. Discussing the idea of “warped productions,” Teeple says that since architecture is financed and produced through complex systems of management, it’s in the architect’s best interest to engage in these modes of production, rather than pretend they don’t exist.

Teeple Architects approached the Montrose Cultural Centre, which opened in 2009, from a standpoint of cost effectiveness – using simple strategies and common building materials – asking, “how do you make that condition beautiful?” The key design focus was to capture the beauty of the northern prairie light, known for its dramatically long shadows. This building houses a library, art gallery, café, meeting and event spaces that look to the expansive skies and surrounding iconic prairie landscape. Its curtain wall, clerestory windows and colourful low trusses let in natural light and modulate and channel it deep inside the building. Its multi-textured palette of standing-seam zinc cladding, pitted brick and textured glazing, creates different light and shadow conditions as time of day and seasons change.

The main idea behind this convent, a comfortable, environmentally responsible home for the Sisters’ aging members, was “measured space shaping: shaping human experience and enhancing life.”

Nestled into a woodlot site, the building reads as two long arms that flow over the terrain and open out with views of the small town of Peterborough, Ontario. Its sculptural form and gleaming white panels contrast with the surrounding greenery, a landscape that the architects were careful to thread through the spatial experience of the whole. While the residential suites pick up the rectilinear rhythm of the street and neighbouring agricultural grid, the building curves toward the communal gathering spaces, converging in the double-height chapel – a flexible and welcoming space that looks onto nature. Completed in 2009, the building expresses its members’ ecological values and incorporates sustainable strategies, including a structure of fly-ash concrete and recycled steel, occupancy sensors and dimmers, and ample apertures that maximize daylight.