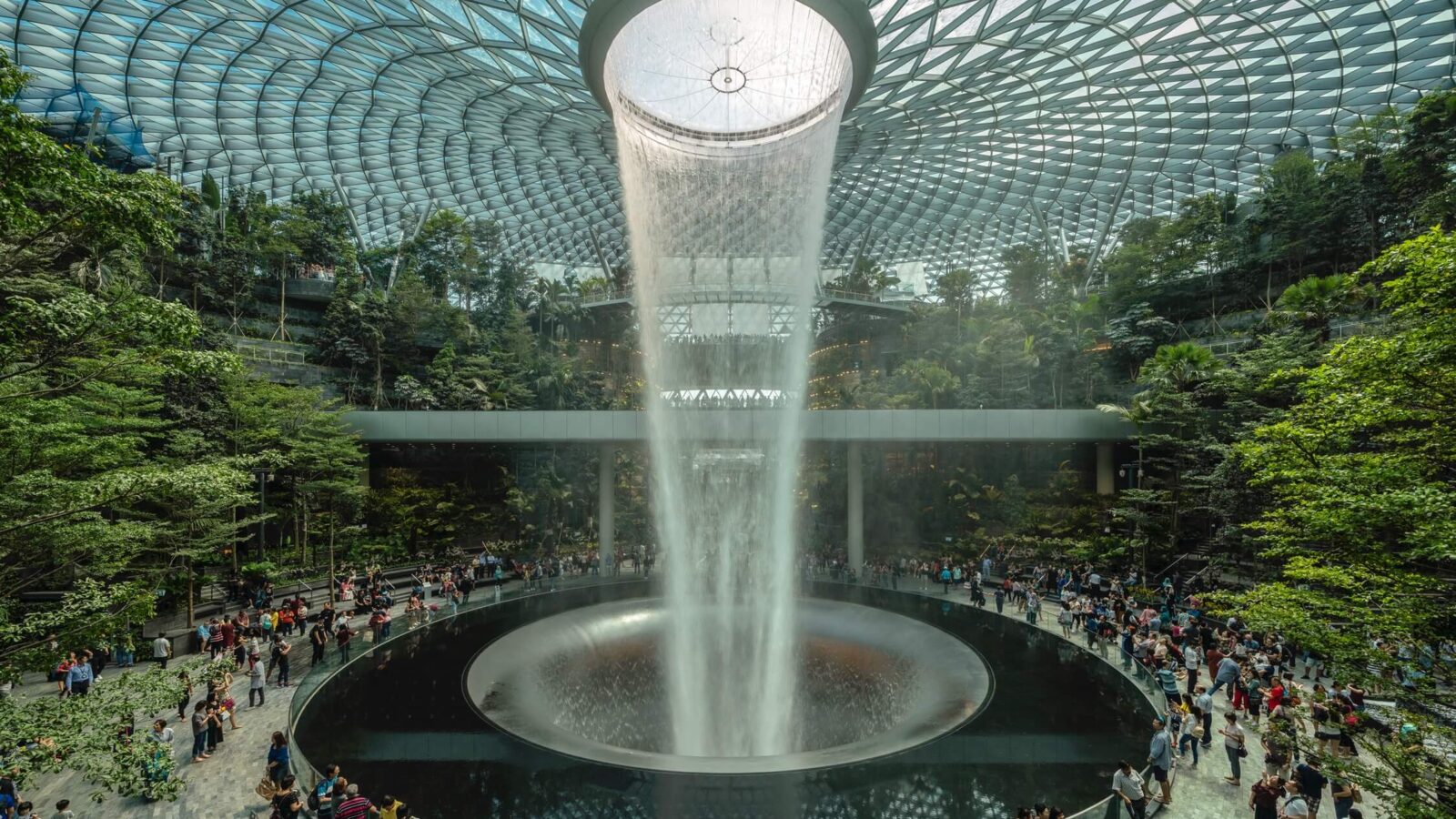 For Better Architecture, Architects Need to Get Over Breaking Records

Why is being biggest, tallest
or first the latest obsession in architecture?

“The Most Slender Tall Building in the World.” “Europe’s First Underwater Restaurant.” “The Largest Indoor Waterfall on Earth.” Such blaring declarations – ascribed to a New York tower by SHoP Architects, Snøhetta’s Under eatery in Norway and Moshe Safdie’s Jewel Changi Airport in Singapore, respectively – are dominating the architecture headlines of late. It seems that every other project deemed worthy of mention is a record-breaker of some description, its value determined by how big, tall or otherwise over-the-top it is.

Why, today, does everyone want to break a record? Once upon a time, kids wanted to be firefighters, teachers, doctors and even architects for seemingly nobler goals: the potential for personal reward, as well as a chance to contribute to society. But then came YouTube and Instagram, and with them an unprecedented urge for instant gratification and recognition. These days, we all want our 15 minutes, and we want them now.

“There are seven cardinal virtues in the Bible, and there are seven cardinal sins: They’re flip sides of each other, and it only takes a slight change in temperature for one to turn into the other,” OMA architect Reinier de Graaf told an audience at the 2018 World Architecture Festival in Amsterdam. “In my view, such a shift in temperature has taken place around architecture in the transition from the 20th to the 21st century.”

During de Graaf’s talk, SHoP’s aforementioned 111 West 57th – set to top out in New York later this year – appeared onscreen alongside Christian de Portzamparc’s 2014 One57 and Rafael Viñoly’s 432 Park Avenue, completed in 2015. All three loom over Central Park, each taller and slimmer than the last. “One could easily imagine,” said de Graaf, “a further extrapolation of this evolution where you go from thin to thinner – to even thinner – where at a certain moment buildings are no longer meant to be buildings, but become giant sculptures.”

Indeed, one could see only 111’s soaring height and slim profile in the image. At the distance needed to take in its scale, one can’t appreciate its elegant use of terracotta or its deference to architectural greats such as Louis Sullivan’s Bayard–Condict Building. Even the adroit facade setbacks that gradually trim the tower’s girth to an almost paper-thin crown – carefully considered constructs that don’t lend themselves to single-line sensationalism, but are there if you take the time to look – become insignificant.

And so the questions emerge: Is the obsession with record-breaking integral to the buildings’ designs, or is it just the way we are choosing to perceive – and promote – them? It’s hard to tell if surpassing these ever-shifting markers is really what architecture is aspiring to, or if the yardsticks come out later, when the press releases are written. Even still, shouldn’t architects be held accountable if the entire discipline is being reduced to clickbait?

Snøhetta’s Under recently opened to a string of headlines announcing its status as the first under-the-sea restaurant on the European continent. It might have been too late to earn the world record, but it’s actually an impressive project. More than just eye candy and bragging rights, the building’s construction and subsequent submersion involved some fascinating engineering.

Safdie Architects’ seven-storey indoor waterfall, meanwhile, is a true record-breaker. But under all those attention-grabbing headlines lies buried the real intelligence of a design that uses a dramatic water feature as a passive air-cooling system while simultaneously irrigating an indoor jungle. The innovation is lost among all the status seeking – and we are lapping it all up.

If we continue to regard architecture in this manner, how long do we have before it truly is reduced to Instagram imagery and self-congratulatory pronouncements? Any qualified architect has the skills to solve more critical challenges than simply breaking records. Architecture is about building our future – and there has never been a more important time for architects to step up and seriously design for a better world.

Why is being biggest, tallest
or first the latest obsession in architecture?