Frei Otto’s Pritzker, and His Legacy
The 2015 Pritzker Prize was announced just a day after Frei Otto, the German innovator of lightweight, tensile architecture, died at the age of 89. 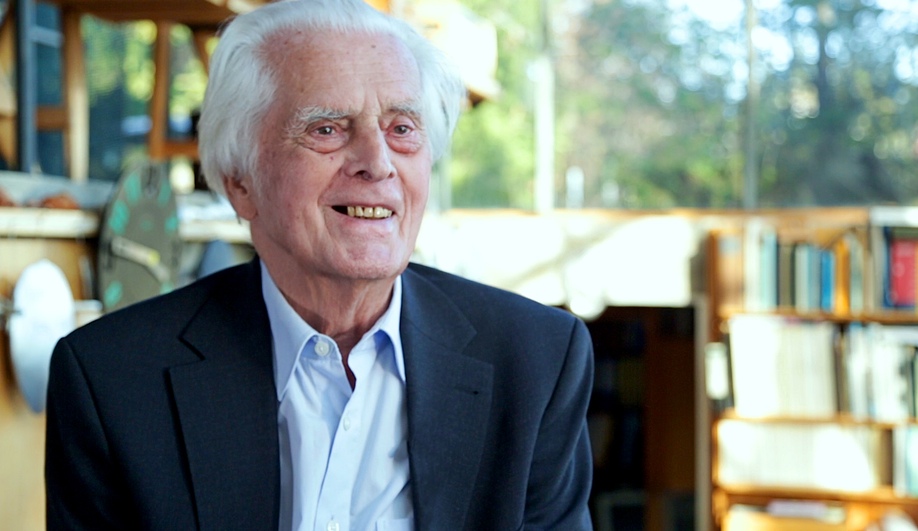 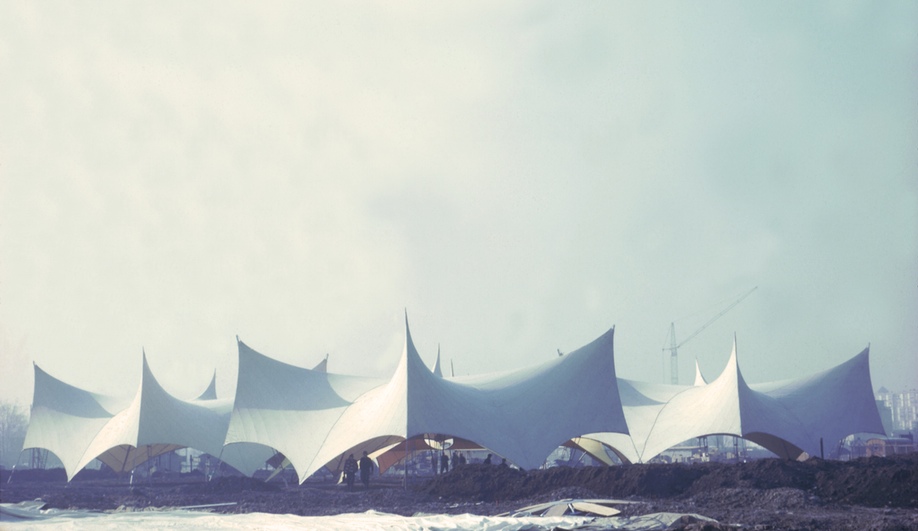 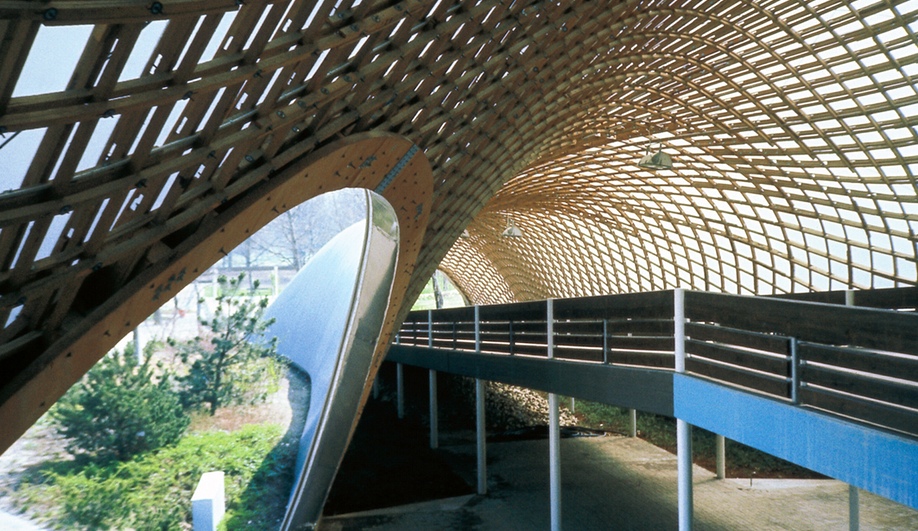 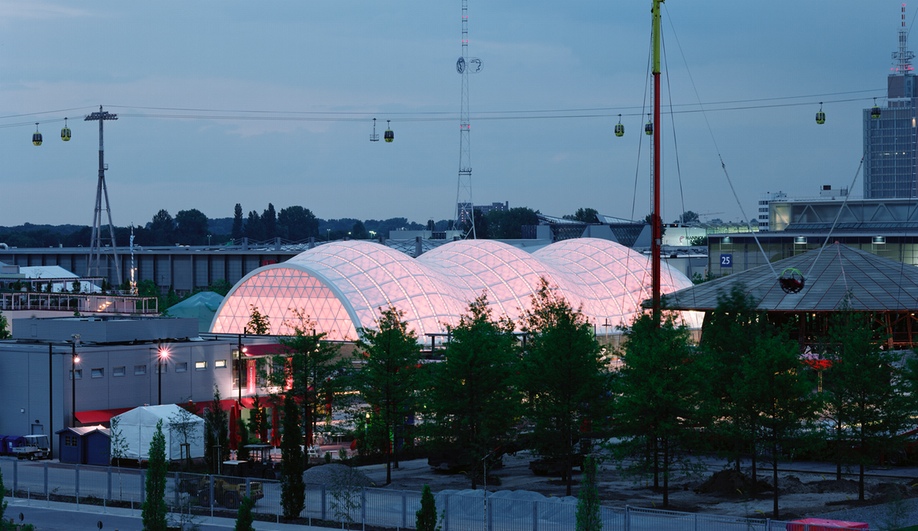 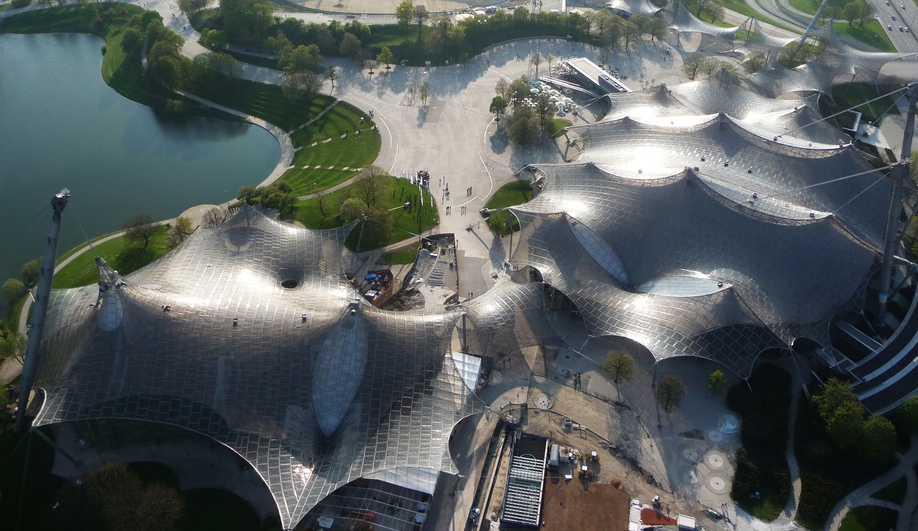 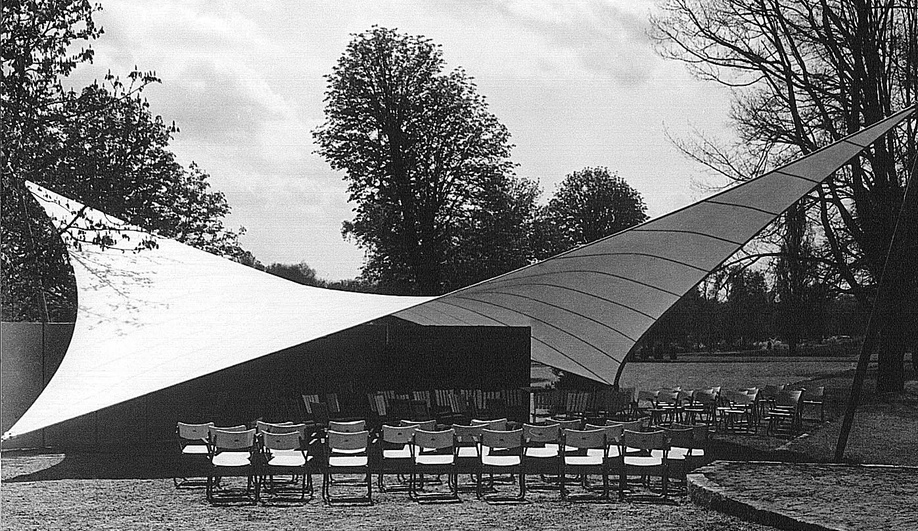 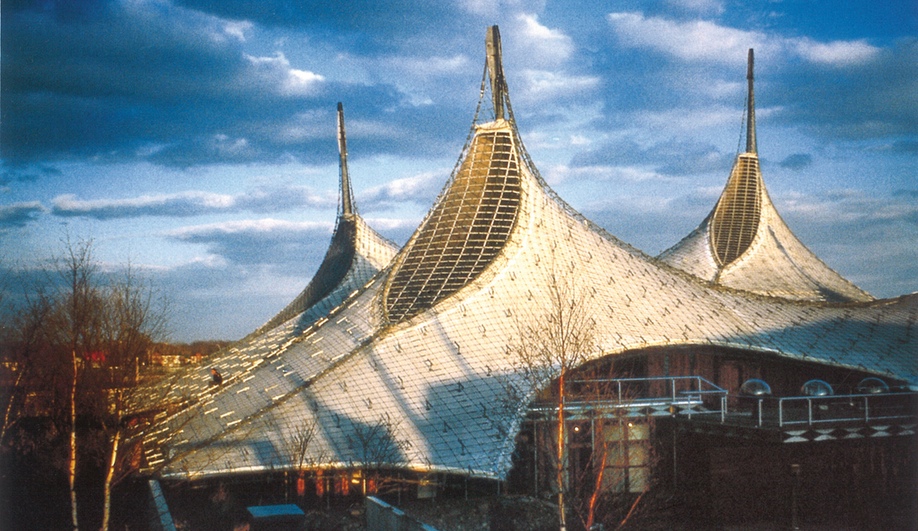 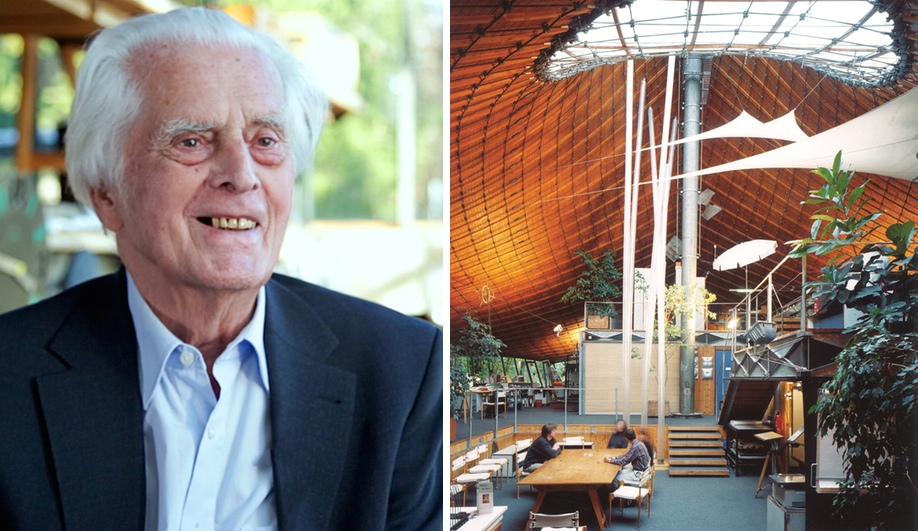 While his name is not as well-known as some past Pritzker laureates, Frei Otto has been a major influence on architects, from his generation onward. The German architect and engineer was regarded as a pioneer in lightweight tensile structures, and collaborated with Shigeru Ban, Gunter Behnisch and Buro Happold on his few realized projects. Among the most famous was the West Germany pavilion he designed for Expo 67 in Montreal, a man-made landscape with a plastic membrane structure. He also designed the Munich Olympic Stadium, a floating tent made with acrylic glass panels atop a tensile membrane. It was designed for the Munich Olympics in 1972, which turned into a living nightmare when 11 Israeli athletes were killed after being taken hostage by terrorists.

It’s a grim coincidence, considering that Otto’s architecture – which emphasized humanity and was inspired by nature: soap bubbles, spider webs, and the like – was a rebellion against the Nazi Germany he grew up in. In 1943, he was drafted into the Luftwaffe (he went from deconstructing airplanes as a boy to piloting them in the war), captured and subsequently held as a POW in France. After his release, he studied at the Technische Universität in Berlin, then at the University of Virginia. During this time in the U.S., he visited many of the leading modernist trailblazers; Mies van der Rohe’s “less is more” dictum was a major inspiration.

In the early 50s, back in Berlin, he started his own practice and completed a doctoral thesis on tensile roof structures. His focus on the lightness in material and form of tent-like structures was a direct response to the heaviness of Nazi architecture. His work also laid the framework for a variety of applications; these prefab, easily deployable and sustainable canopies could be used for everything from bringing people together for events to sheltering those in post-disaster zones.

His most obvious successor in this regard is Shigeru Ban, with whom Otto – a great collaborator – designed the Japan pavilion for Expo 2000 in Hanover, Germany. But his influence can be seen in everything from Richard Rogers’ Millennium Dome and Norman Foster’s Khan Shatyr Entertainment Center to more recent projects, like BIG and Thomas Heatherwick’s concept for the Google HQ in California, and MAD’s Chicago art museum for George Lucas. Otto also promoted lightweight buildings in academia. In 1957, he founded the Development Centre for Lightweight Construction in Berlin. In 1964, he established the Institute for Lightweight Structures at the University of Stuttgart, an institution that today is at the forefront of light, biomimetic architecture.

While he hadn’t realized a great many built works – some, like his concept for the Serpentine Pavilion in 2007, were too complex to make happen – Otto has long been deeply admired by his colleagues. In 2004, he won the Royal Gold Medal by the Royal Institute of British Architects. And on the occasion of his 80th birthday, Norman Foster honoured his life’s work, saying, “For me, he reinforces the point that architecture is a fundamentally collaborative exercise. In these collaborations, it is typically Frei’s curiosity and desire to understand and resolve a particular problem that shines through. The resulting buildings, such as the structural ingenuity of his Montreal Pavilion, the incredible landscape of the Munich Olympic Stadium roof, or his visionary Arctic City Envelope project have become touchstones for the kind of architecture that we would all like to produce.”

This latest, and most prestigious honour, came just before Otto died, on March 9 at his home in Warmbronn, Germany. According to the Pritzker committee, which visited Otto with the news a little while ago, Otto said, “I am now so happy to receive this Pritzker Prize….I have never done anything to gain this prize. My architectural drive was to design new types of buildings to help poor people especially following natural disasters and catastrophes. So what shall be better for me than to win this prize? I will use whatever time is left to me to keep doing what I have been doing, which is to help humanity. You have here a happy man.” The Pritzker Prize ceremony on May 15 will be a celebration of his life.