Generator Paris Offers an Electric Hotel Experience
With modern-meets-vintage interiors by Toronto's DesignAgency, the 10th Arrondissement hotel brings the magic of the City of Light inside. 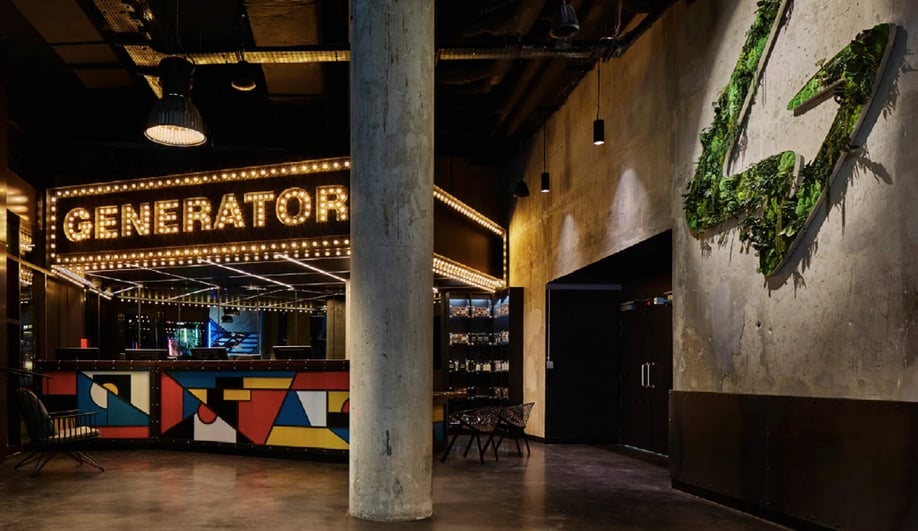 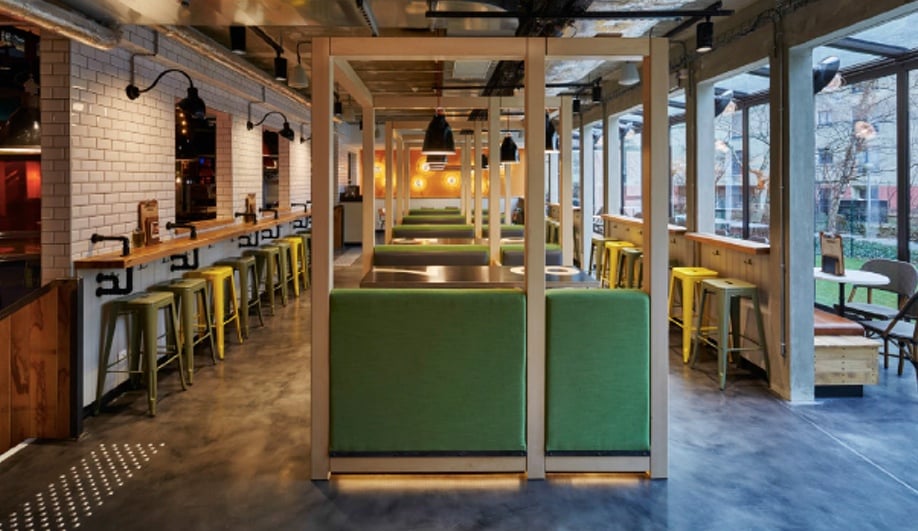 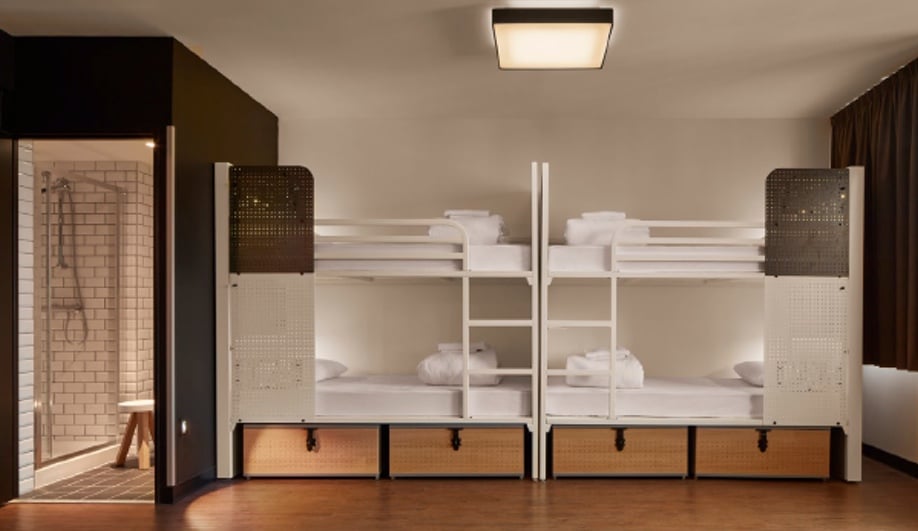 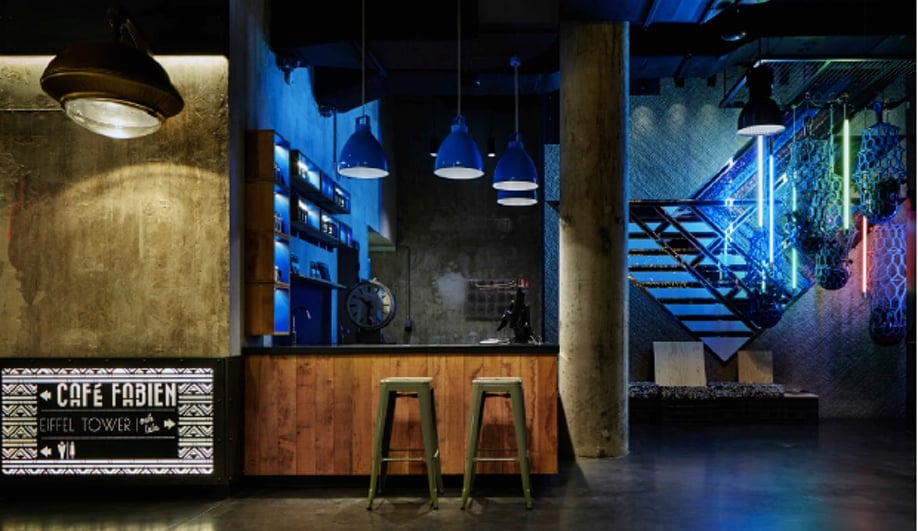 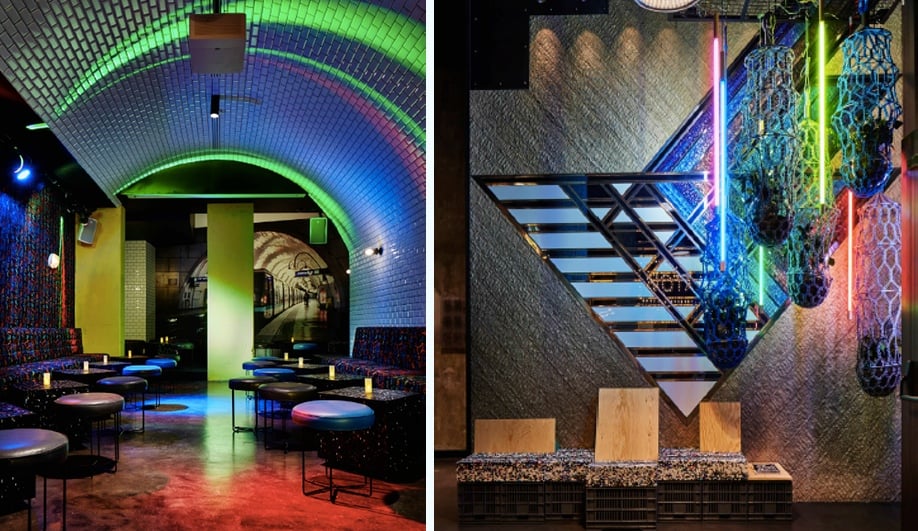 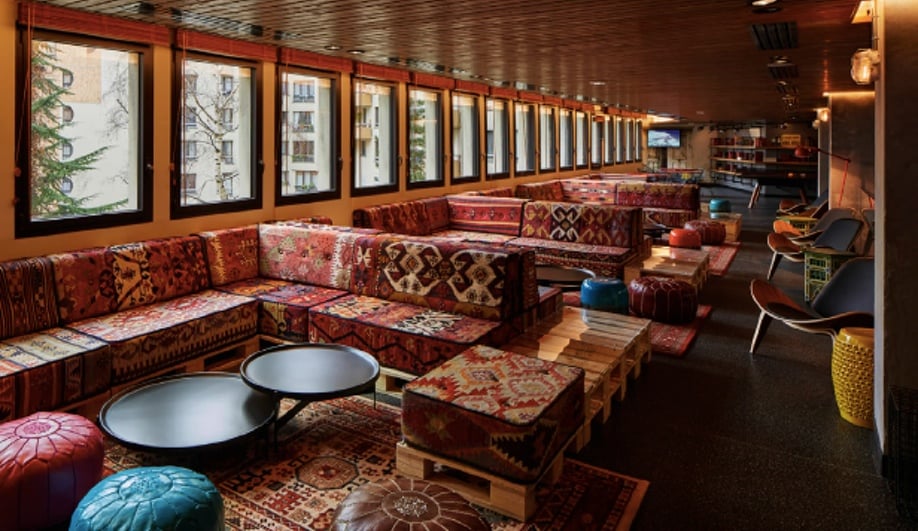 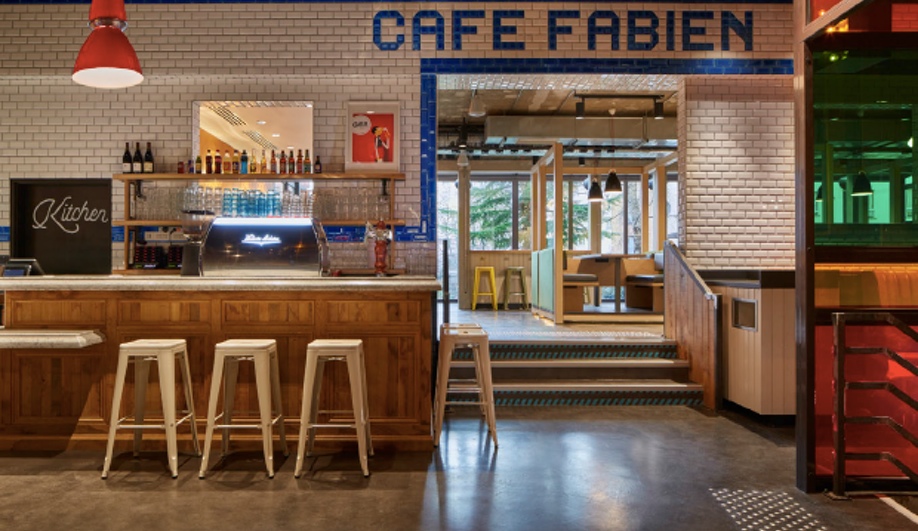 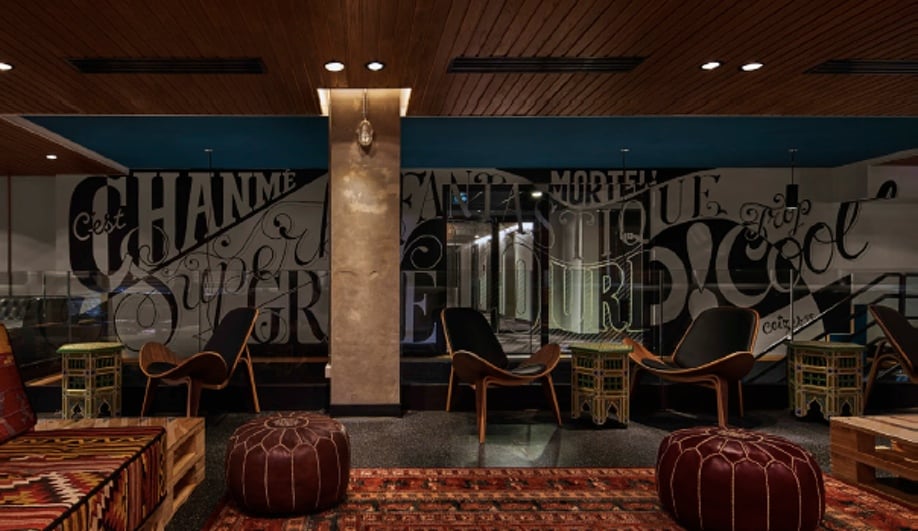 The first thing you see when you enter the lobby of Generator Paris, located opposite Oscar Niemeyer’s French Communist Headquarters in the trendy 10th Arrondissement, is an illuminated marquee over the Mondrian-esque reception. The burst of light and colours sets the mood for the latest in the affordable chain of stylish hotels designed by Toronto’s DesignAgency.

After the eight-storey building, dating to 1985, was gutted and refurbished by local architecture firm Studios d’Architecture Ory & Associés, DesignAgency’s Anwar Mekhayech went in to conceptualize the private rooms (shared, twin and penthouse suites accommodating up to 916 guests) and the public zones.

Inspired by the cinematic effect of a nighttime stroll through the City of Light, the Generator’s social spaces were conceived as mise-en-scènes. Opposite the marquee, DesignAgency maintained the building’s original glass mural, which gives off an electric 1980s feel; they hung Seletti pendants and macrame plant hangers from Berlin’s Llot Llov in front of it, and transformed it into a seating area with Roman Guillet’s plywood, foam and milk-crate bench. Also on the main floor, Café Fabien is a brightly tiled eatery outfitted with an array of furniture: leather banquettes, a foosball table, Tolix H stools, Pols Potten enamel tables, Piet Hein Eek scrapwood bucket chairs, and Tom Dixon Glass Bowl wall lights; its adjoining canteen is characterized by custom metal-framed pods with green upholstered banquettes.

Head upstairs from the lobby, and you’ll come upon the “chill-out” space – a Moroccan-infused hangout with custom wood-pallet and kilim sectionals set against a typographic mural by Dutch artist Ceizar. Take the curved concrete stair downstairs, and the designers have conjured the vibe of a clandestine Paris metro party in a reclaimed portion of the underground parking garage, complete with a super-graphic of local artist Ludovic Le Couster’s trompe l’oeil photograph of a subway platform. Now that spring has arrived, a new roof terrace with pop-up crêpe stand provide even more reason for guests to lounge around the hotel – even as one of the most beautiful cities in the world awaits them.