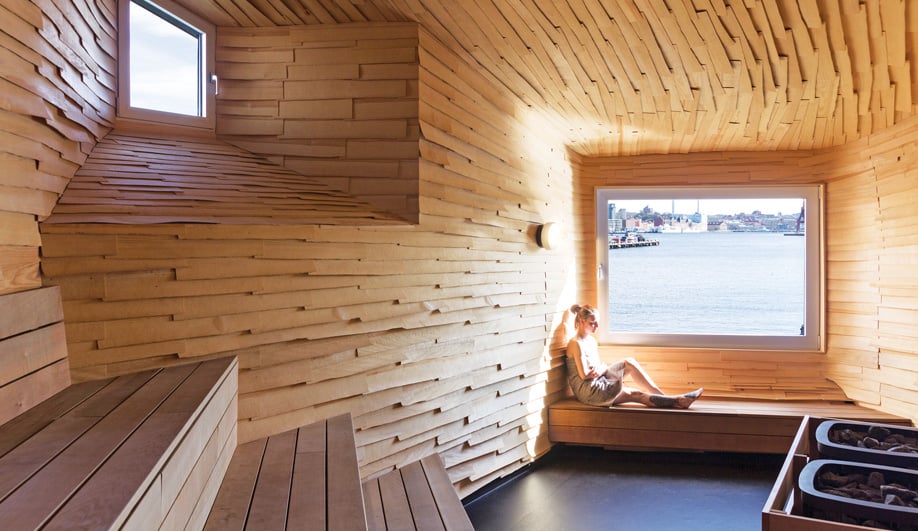 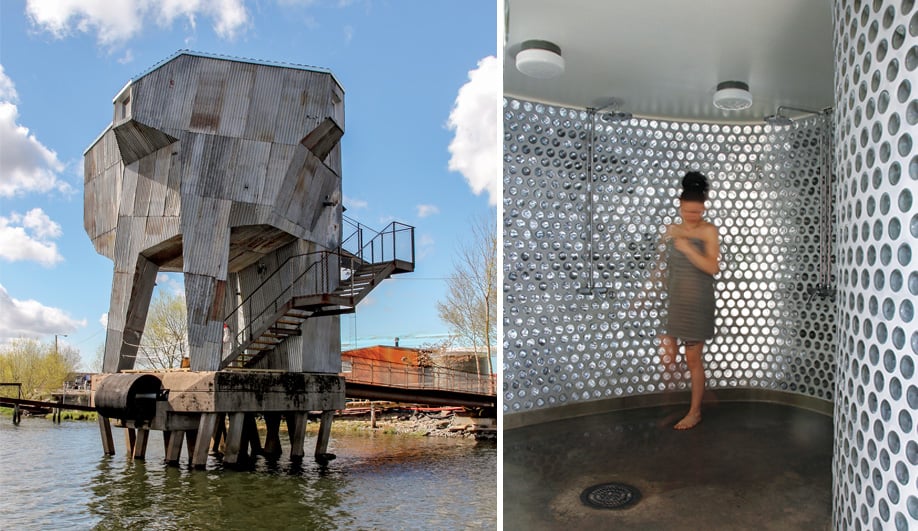 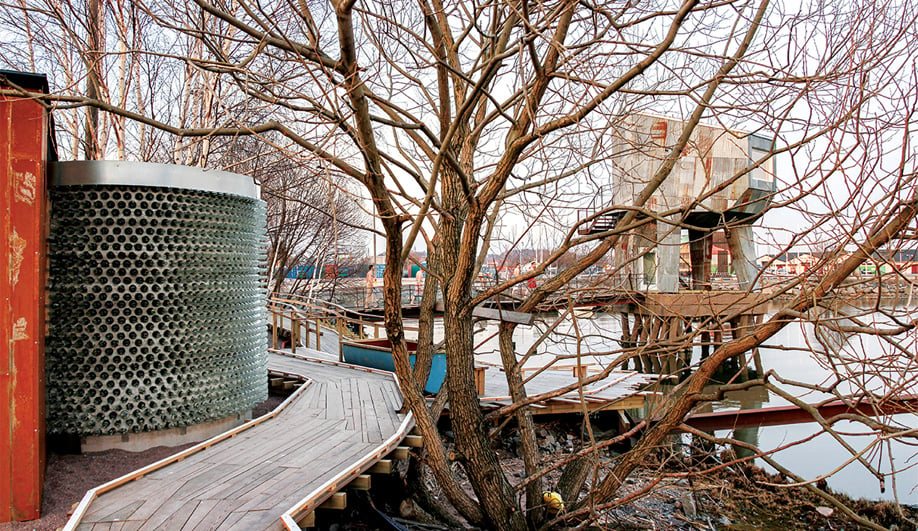 A path of wooden planks connects the sauna to a circular shower and change room, with double walls built from 12,000 wine bottles.

In Frihamnen, the former industrial harbour in Gothenburg, Sweden, a polygonal structure clad in corrugated metal juts out of the water like a half-destroyed robot on four legs. The public sauna, by Berlin firm Raumlabor, is a first step in a multi-year revitalization project designed to give the waterfront – all but closed off from the public for years – back to the local inhabitants.

“This area will develop into a work-live quarter over the next few years,” says architect Jan Liesegang. “The sauna is intended to make as many people as possible aware of the harbour’s beauty, and to make them care about the place before its future is fully defined.” The sauna sits on stilts, to provide a panorama of the city and avoid blocking the view from the nearby beach.

As well, the corrugated metal cladding was designed to blend with the surrounding vernacular. “We wanted to create a character that looks similar to the old cranes and storage buildings,” says Liesegang. Inside, the 26-square-metre sauna room is lined with planks of fragrant pine shingles, offering a warm, inviting contrast to the stark outer shell. When the shingles dry out, they roll up slightly, which Liesegang says, “makes the space feel ever changing, almost as if it’s breathing.”

On shore, a boardwalk and change rooms are connected to the sauna via a bridge. There, shower walls made from a double layer of 12,000 recycled wine bottles, laid like bricks, give the change rooms their own identity, as well as an otherworldly glow that’s visible from afar. But perhaps the most dynamic element is the building’s off-kilter polygonal shape, inspired by the team’s initial site tours – and distinctly reminiscent of an elephant. “We were fascinated by the heavy concrete pier out in the water,” says Liesegang. “It stands on angled pillars that extend 40 metres into the ground. It looked like the possible foundation for a tower – like the foundation of a monument that was never built.”