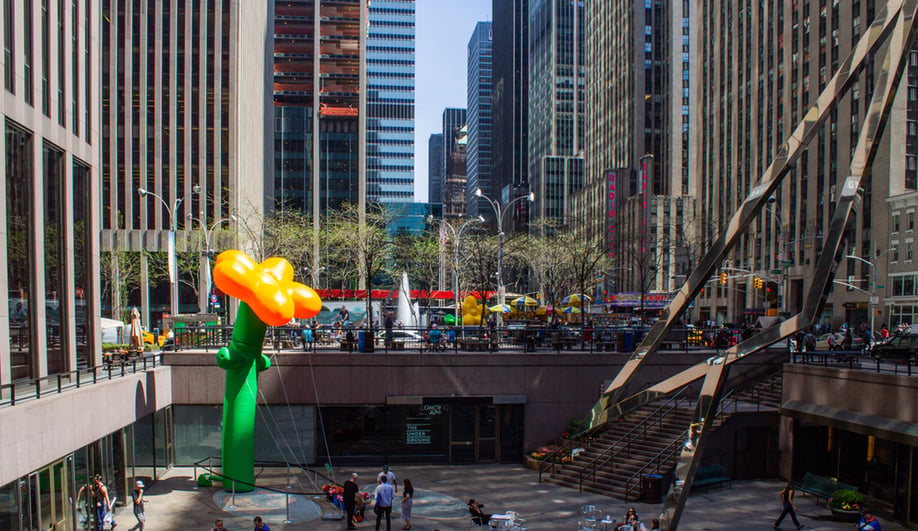 It’s hard to imagine, but New York City was once covered with distinctive wild flowers. According to NYC Parks, the islands that made up the five boroughs were once home to between 1,500 and 2,000 distinct plant species – and it attracted Dutch settlers with the scent of wildflowers that wafted out to sea. It’s difficult to align that image with modern-day Gotham, but Playlab isn’t letting Manhattan forget it roots. 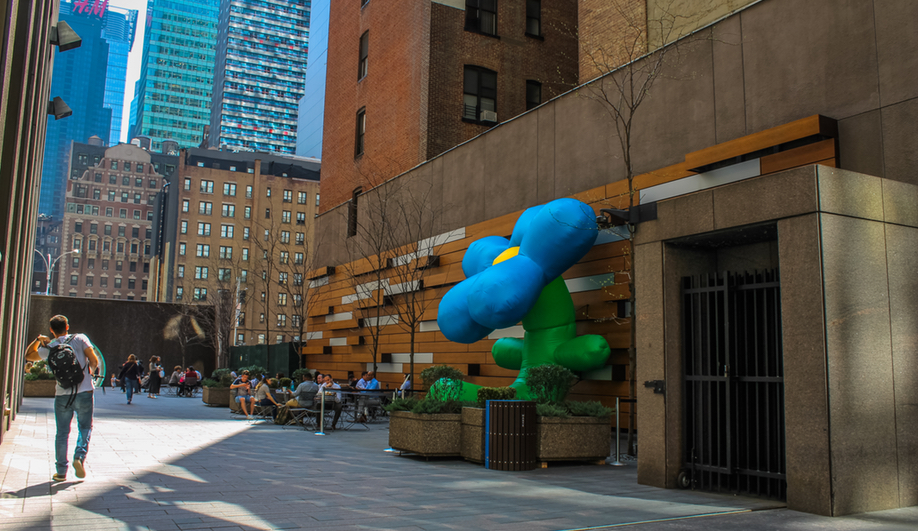 From May 2 to July 30, the creative studio, made up of Archie Lee Coates IV, Jeff Franklin, Anya Shcherbakova, Dillon Kogle and Phil Gibson, will be filling Manhattan with a series of installations called Grown Up Flowers. Hosted by the Avenue of the Americas Association, the imposing (yet undeniably playful) installations will be clustered around 6th Avenue, where they will be “sitting, lounging or standing tall.” 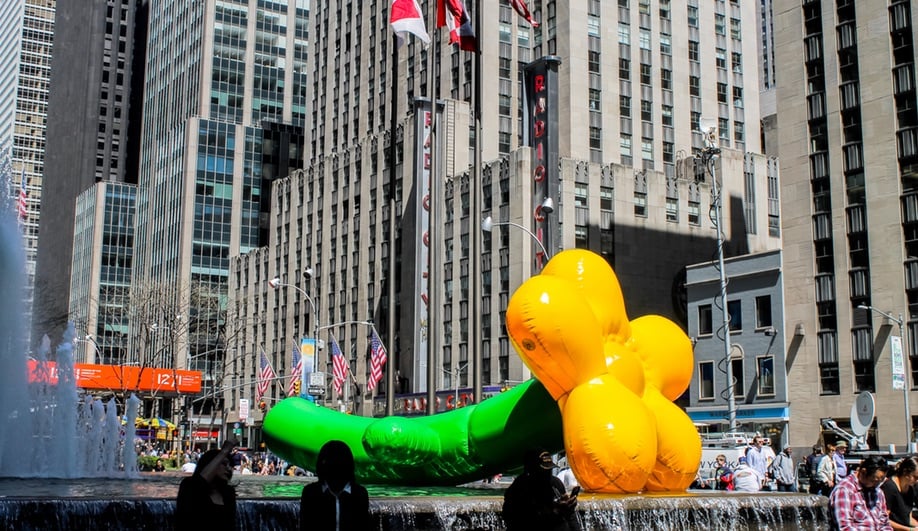 These blue, orange, yellow and purple flowers loom more than bloom; they were designed to match (or even compete) with the scale of the surrounding built environment. The towering blossoms nod to a time when New York’s flowers – which were distinct from the continental U.S.’s flora, as much of the area is defined by islands – populated the area where buildings currently stand.

Made by Inflatable Images, a company that models, digitally prints and sews cold-air inflatables, and rendered by artist Haik Avanian, the six installations are spread across four locations. Some, like Wilt, lean over viewers. Others, like Teddy, slouch. Rose and Wilson adopt reclining positions. Each installation will be secured by cables and lit from the inside at night. 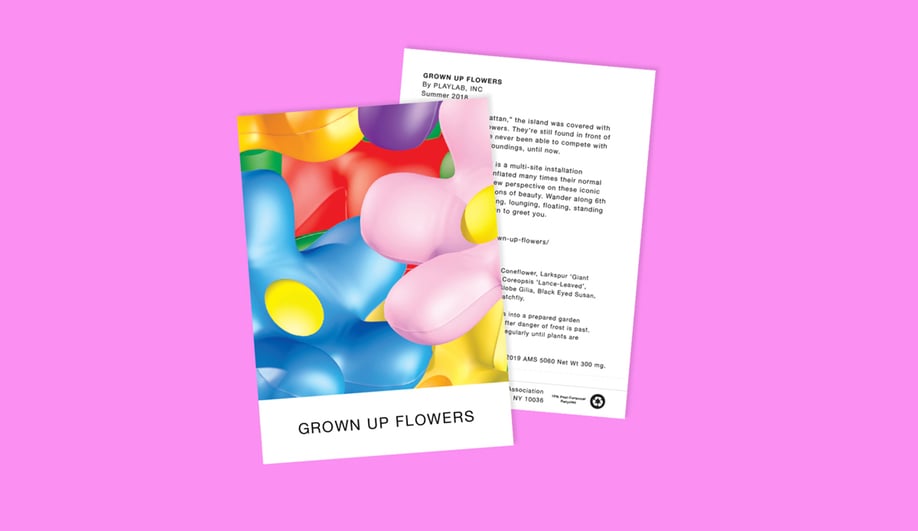 For its opening, volunteers will be handing out actual flowers at each location. Seed packs (above) and postcards have also been developed for Grown Up Flowers. 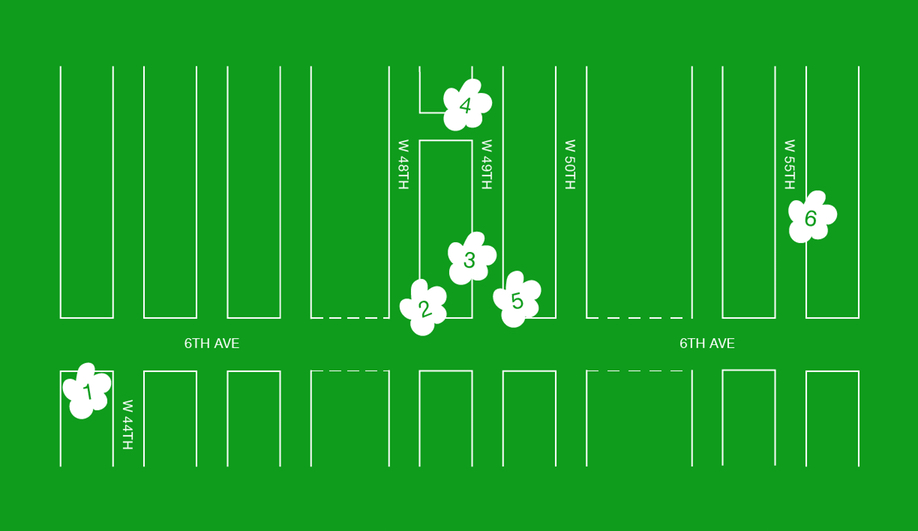 While the installations are whimsical, Playlab’s installations are a reminder that the built environment is part of, and is in constant dialogue with, the natural world. And that goes beyond the flowers that live on storefront planters.