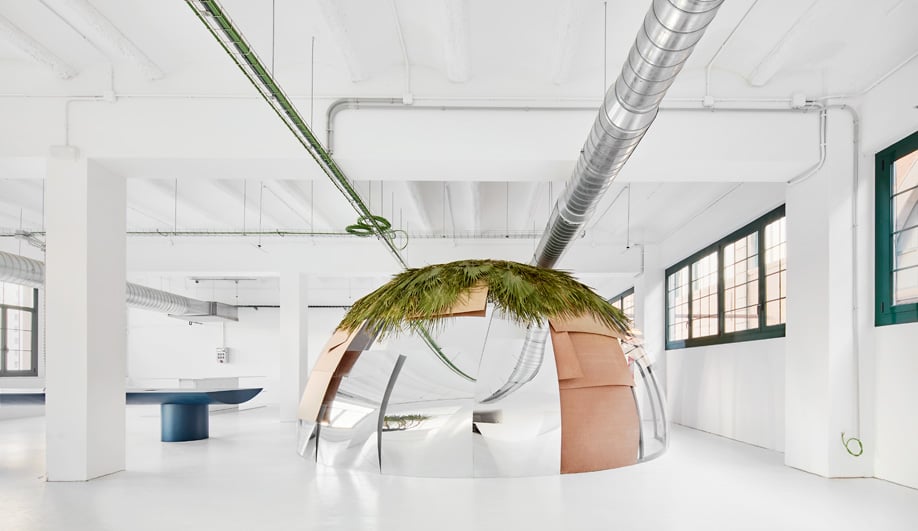 For an up-and-coming advertising agency called The Keenfolks, following the rules is not necessarily top of mind. Creativity – read: less polish, no budget – is more important, as is experimentation, and letting ideas fall where they may. It made perfect sense, then, for the founders of the Barcelona firm to let local designer Guillermo Santomà do as he liked for their new office space, situated in a former factory complex where a half-dozen or so other start-ups are neighbours with automotive and metal workshops.

Santomà chose to model the office after the white-cube paradigm of an art gallery, and he built the project himself – an approach more like an artist than that of a designer. In fact, Santomà’s designs are often hard to distinguish from fine art. His interiors can be wildly chromatic, and his one-off objects are a cross between form and function: a chair, for instance, that is made from Plexiglas and a found rock, and a set of chairs covered in tiny blue swimming pool tiles. 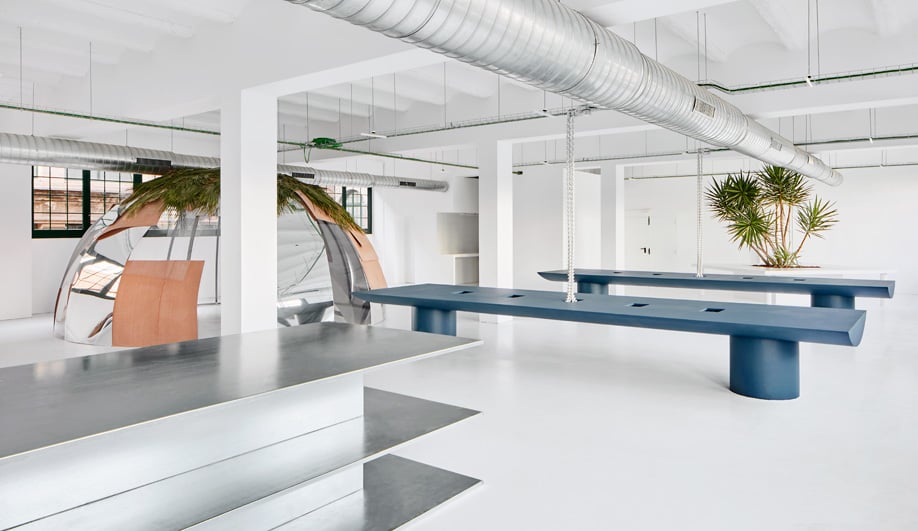 Visitors enter The Keenfolks office – a bright, 300-square-metre single room with windows on two sides – from a large stairwell off the street. The first object they encounter is a dome, crowned with palm leaves, that resembles one of Italian artist Mario Merz’s “igloos,” replete with a bent tubular steel structure that is casually covered with large sheets of mirrored acrylic and Masonite. The space is used as a secluded spot for meetings and video conferencing.

Even workspaces resemble works of art: a pair of six-metre-long indigo-stained worktables stylistically sit somewhere between objects by the Memphis Group and Donald Judd’s Specific Objects. “When you build two tables that long and put them in a space, they become something more,” says Santomà. 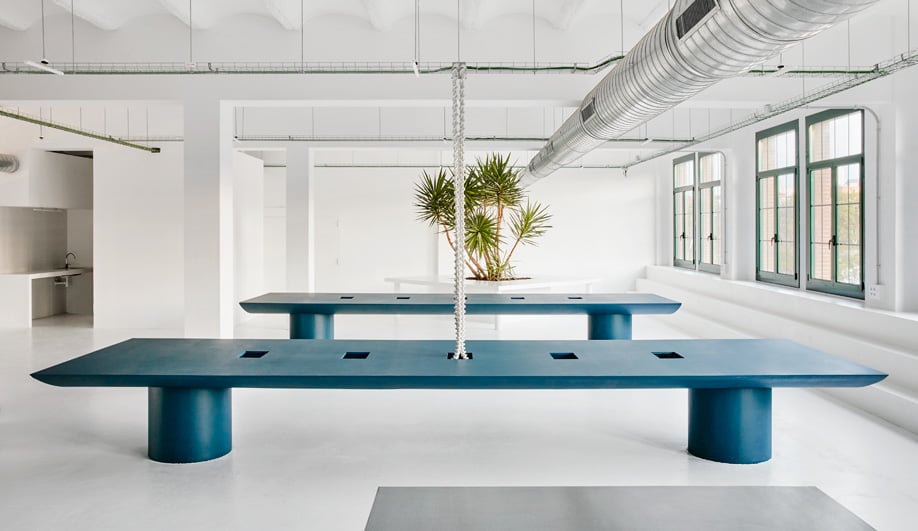 The giveaway that The Keenfolks is not actually a gallery is the conspicuous grid of racks suspended from the ceiling that route wiring through the space and channel electrical cables via holes in the tables. Exposed wiring is a common feature found in offices that adaptively re-use older buildings. Typical of Santomà, he has turned it into a statement piece.