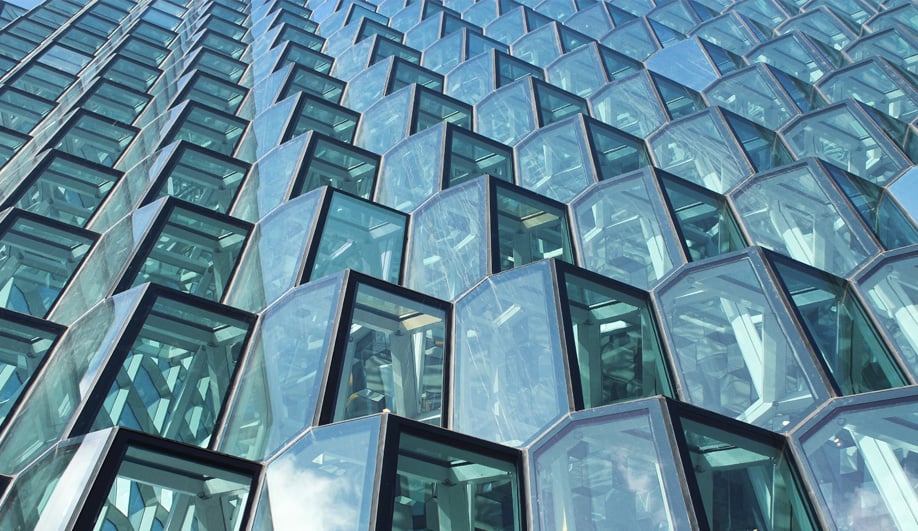 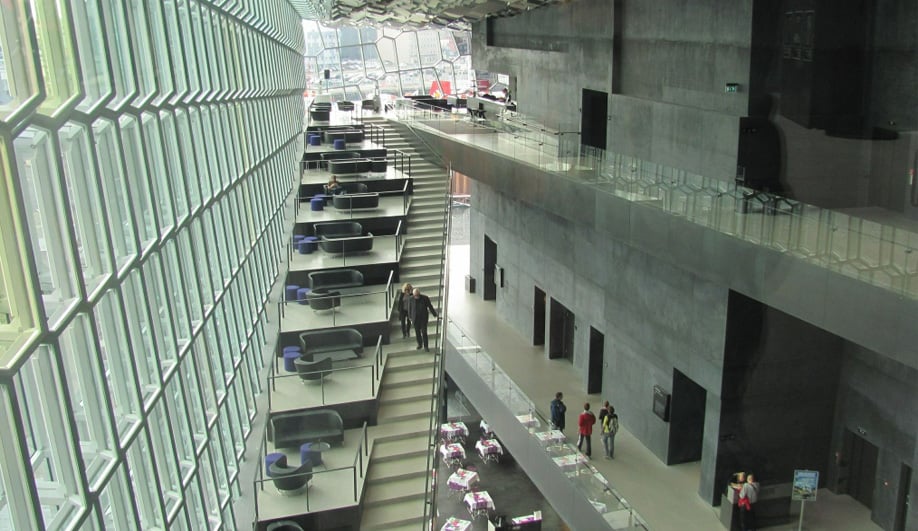 the entire 29,000-square-metre complex is wrapped by a steel framework clad in irregularly shaped glass panels 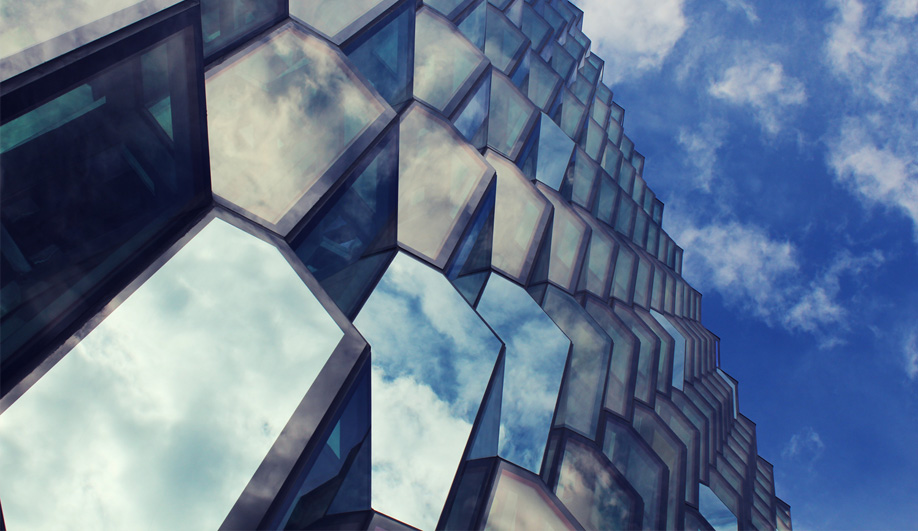 Designed by Copenhagen’s Henning Larsen Architects and Iceland’s Batteríi Architects in a unique collaboration with artist Olafur Elíasson, the long-awaited cultural institution has become one of the city’s defining landmarks and a symbol of the country’s dynamism.

Situated on the edge of land and sea, Harpa stands solo against the North Atlantic Ocean and the mountainous backdrop, fully exposed to the changing light and climate. With four concert halls housed in a mountain-like massif, the entire 29,000-square-metre complex is wrapped by a steel framework clad in irregularly shaped glass panels. Olafur Elíasson – who discussed the project with Azure in the March/April 2011 issue – took the lead on the geometric design of the city-facing southern facade, developing the complex architectural language for the remaining elevations and roof.

Reminiscent of the crystallised basalt formations commonly found in Iceland, Harpa’s multi-faceted glass exterior is composed of thousands of panels that create kaleidoscopic reflections of the city, sky and surrounding seascape. Coloured modules scattered across the surface dramatically alter its transparency and reflectivity in varying seasonal sunlight while multi-coloured LEDs make Harpa glow long after the sun has set.

Set apart from the city centre, the angular-glass icon creates a new focal point in the skyline and enhances the connection between the harbour and the city. Adjacent to a large outdoor plaza, the building’s vast entry foyer and atrium, with its raw interior resembling the black basalt rock of the coastline, are in stark contrast to the open facade. Natural light pervades the entire space to create beautiful colours and patterns on the floor, an ever-changing art piece. Additional amenities include meeting rooms, an auditorium, a boutique, viewing balcony, bar and restaurant overlooking the harbour, and ground-floor bistro.

Harpa, named after the musical instrument as well as a month in the old Nordic calendar marking the beginning of summer, is now home to both the Iceland Symphony Orchestra (ISO) and the Icelandic Opera. With the acoustical design, sound equipment, and technical facility planning provided by Artec Consultants, Harpa joins the ranks of the most prestigious international concert halls in the world, offering performances from classical to contemporary.

Named after elements in Icelandic nature, the halls range from a small chamber with sloped floors and a multi-purpose hall with foldout bleacher seating to the striking red main concert hall at the rocky core that accommodates 1,800. Flexible acoustic elements support a diverse array of events and walls are clad with wooden lamellas and felt, or dual-faced panels (one side fabric, one side painted wood) which can be flipped to absorb or magnify sound, and visually enhanced with LEDs in varying hues.

Iceland has a rising music scene and Harpa is expected to become a vibrant hub that attracts an audience of culture, architecture, and art enthusiasts as well as major international business and trade events.