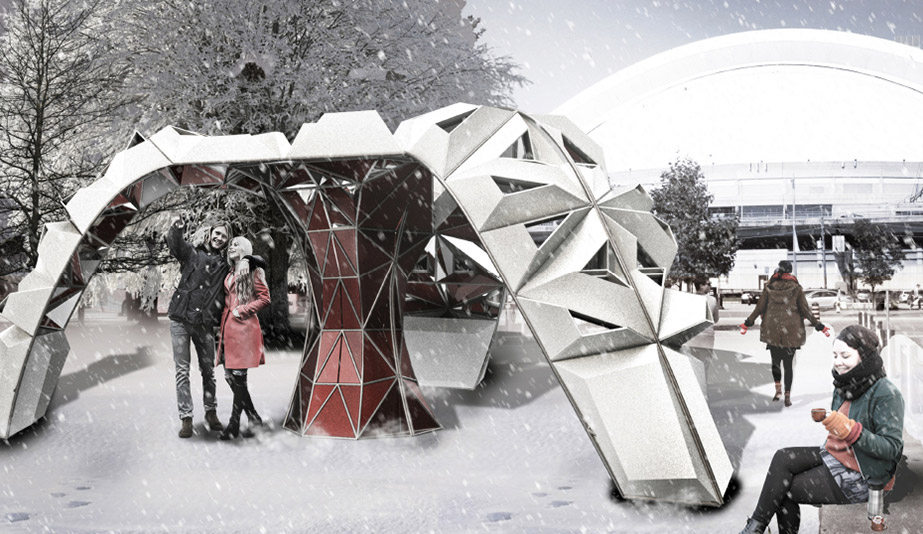 Seasonal affective disorder be damned. Cities like Toronto are giving hibernators reasons to brave the cold: last year, the city unveiled The Bentway, a cathedral-like events space (complete with a skating rink) under the Gardiner Expressway. In the east-end Beaches neighbourhood, Winter Stations invites designers and artists to rethink abandoned lifeguard stations. And along Toronto’s central waterfront, Ice Breakers, presented by PortsToronto, is an annual competition that aims to bring intrigue and interactivity to the Harbourfront neighbourhood. 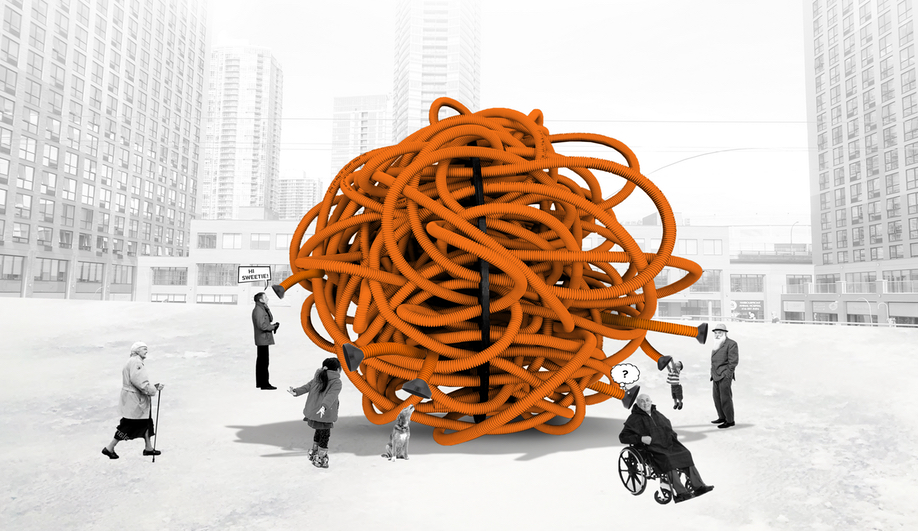 Meet Connector, a colourful tangle of pipe created by Hamburg designers Alexandra Griess and Jorel Heid (who also contributed interactive crowd-pleaser Make Some Noise!!! to the 2018 edition of Winter Stations). Constructed with drainage pipes fed through a perforated, three-ply wooden disc, Connector is “an interactive communication device” that encourages users to send and receive anonymous transmissions.

Ultimately, it provides playful commentary on how we communicate and, perhaps, how lines can get crossed. “In the end,” its designers say, “we can never be sure that the message was understood as meant. But in this case, it means a lot of fun!” 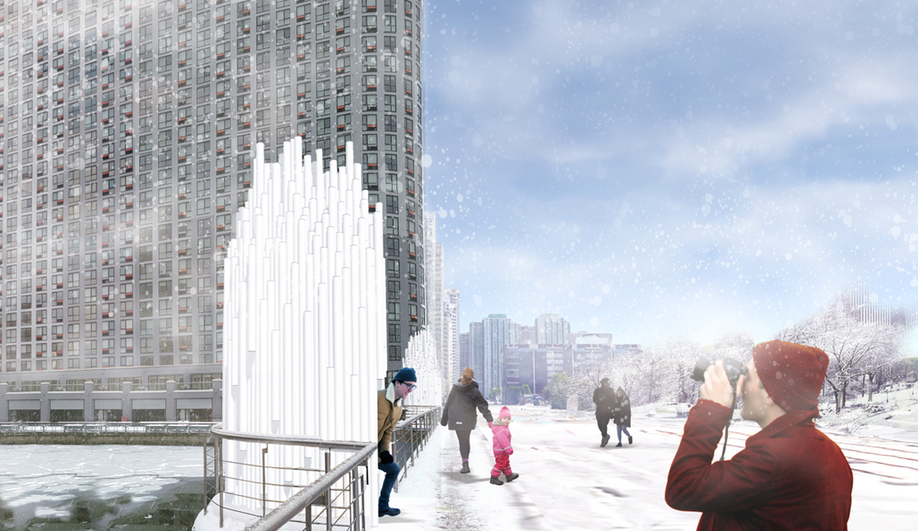 Steps from Connector, local designers Rob Shostak and Dionisios Vriniotis (who participated in Winter Stations in 2017) will erect two light-refracting sculptures that, from the water, could double as lighthouses. As visitors enter a chamber carved in these 15-foot sculptures, light from the sun refracts and creates a colourful spectrum. “The cascade of colours spreads throughout the space and onto the stargazers,” say its designers, mimicking how astronomers use light to learn about the composition of faraway stars. 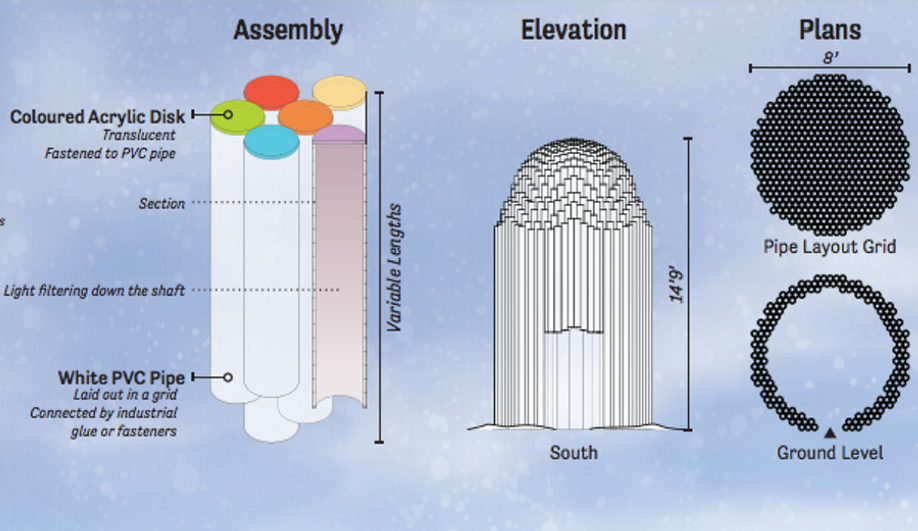 Like Connector, Stellar Spectra’s two sculptures were made from simple materials. Its white and translucent PVC tubes are topped with coloured acrylic discs and arranged on a circular grid. Each tower cost less than $4,000 to construct. 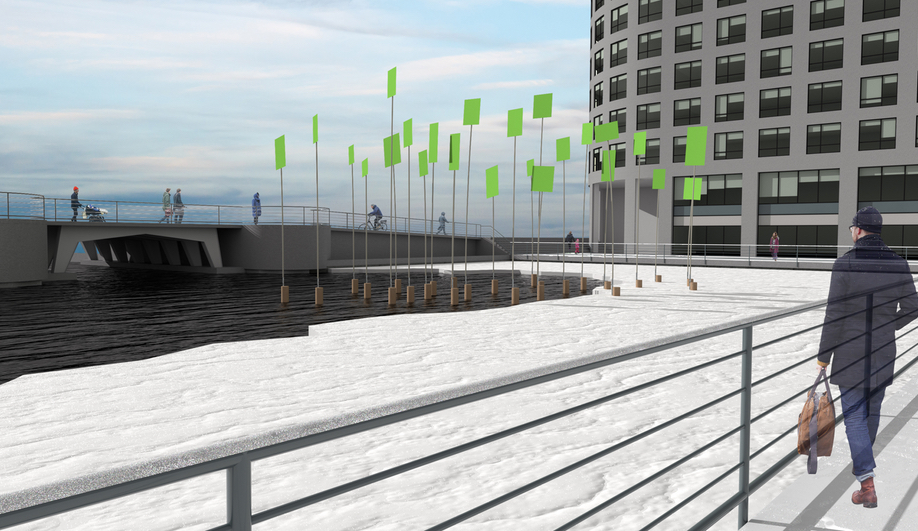 As in any healthy democracy, protests are a common sight in downtown Toronto. The image of bobbing, elevated neon signs – the type you might expect to see at City Hall or Yonge-Dundas Square – is recreated on the waterfront with Chromakey Protest, designed by Solve Architects’ Andrew Edmunson. Only these protestors aren’t human. They are, however, animated: Constructed from marine buoys, fibreglass rods and PVC placards, the 25 “activists” bob around in a frigid marina. 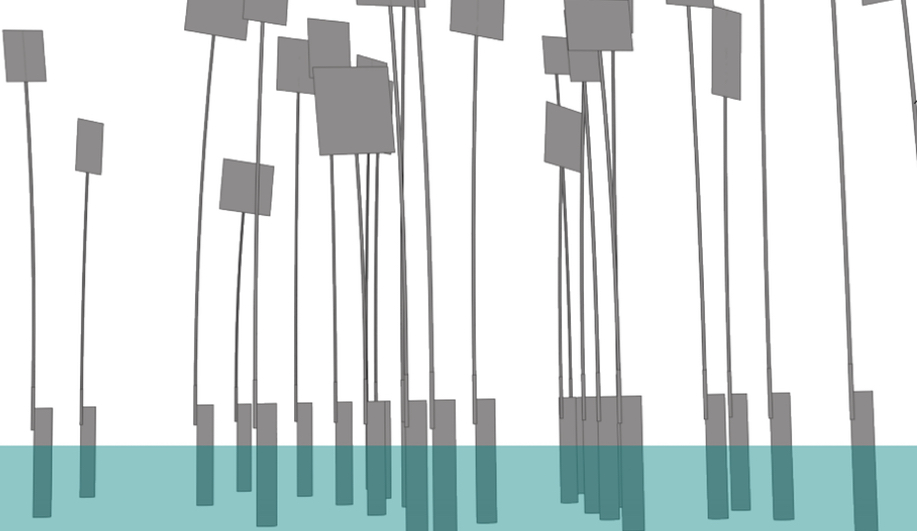 The installation’s shade of green is the same as the one commonly employed as a digital placeholder, and in this way Chromakey Protest invites viewers to project their own ideas on the protest. “Some may see the gathering as a show of solidarity: individuals bound by a common goal,” says the designer. “Others may see the gathering as futile: individuals hopelessly attempting to manifest change.” 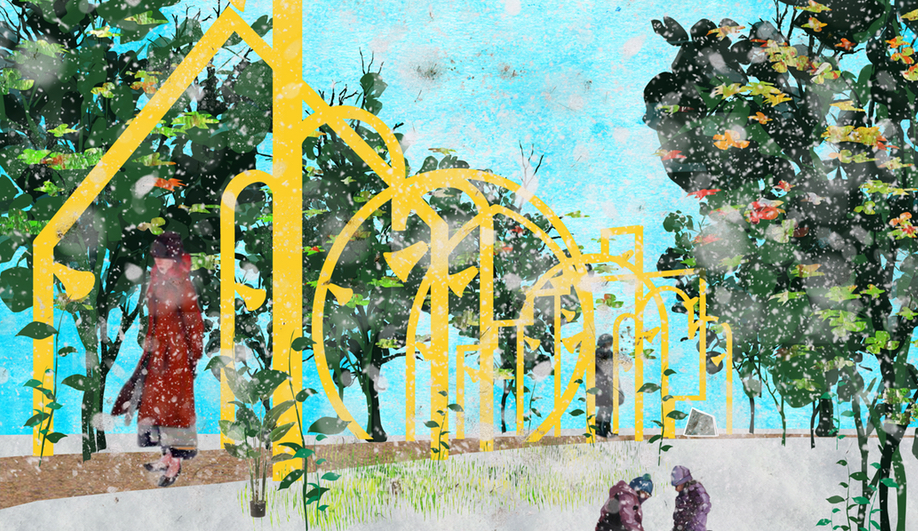 Located in HTO Park, just steps away from the beloved Wavedecks designed by Torza’s DTAH, Tweeta Gate is a 26-metre gateway leading pedestrians to the water. Designed by Eleni Papadimitriou and Stefanos Ziras from Athens-based Space Oddity Studios SOS, the walkway consists of 10 3.2-metre-tall wood arches, each referencing an architectural style from around the world. 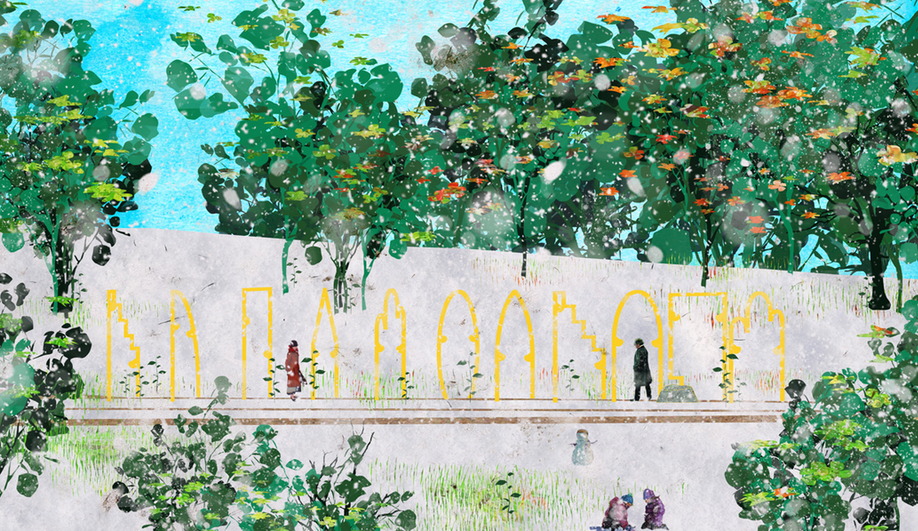 Bells have been mounted to each arch, and with each gust of wind, they add to streetcar sounds, waves crashing, rustling trees and the sounds of an urban park. “Voices, bells and birds tweeting become one in HTO Park,” say its designers. 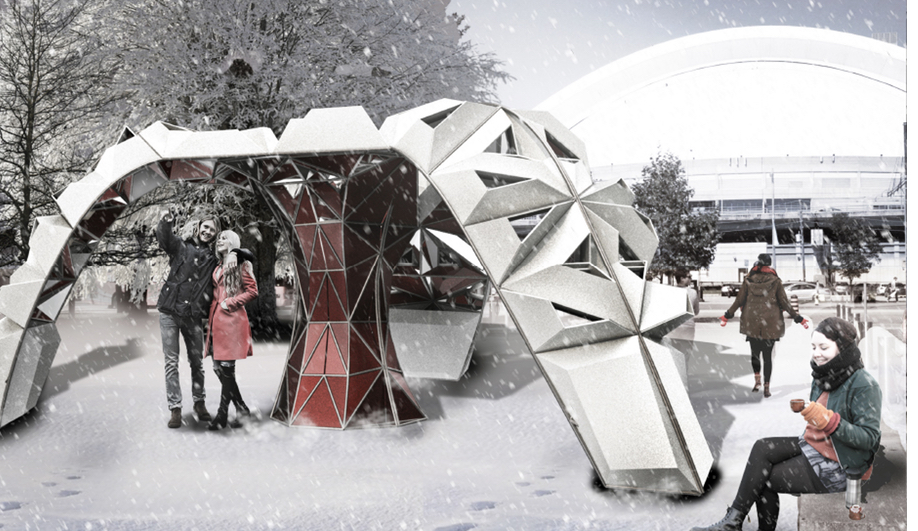 As writer Nicholas Hune-Brown noted in the March/April 2018 edition of Azure, we are increasingly experiencing architecture not through buildings but photography. Tripix, an installation by a group of Ryerson University students, acknowledges this fact – and delivers a piece of “ocular-centric art.” Featuring three legs mounted to a structural steel conduit frame, the structure is clad in white CNCed Komatex panels on the outside and mirrored acrylic panels on the inside. Apertures help visitors focus on nearby landmarks: Lake Ontario, the imposing Rogers Centre, the Toronto Islands. 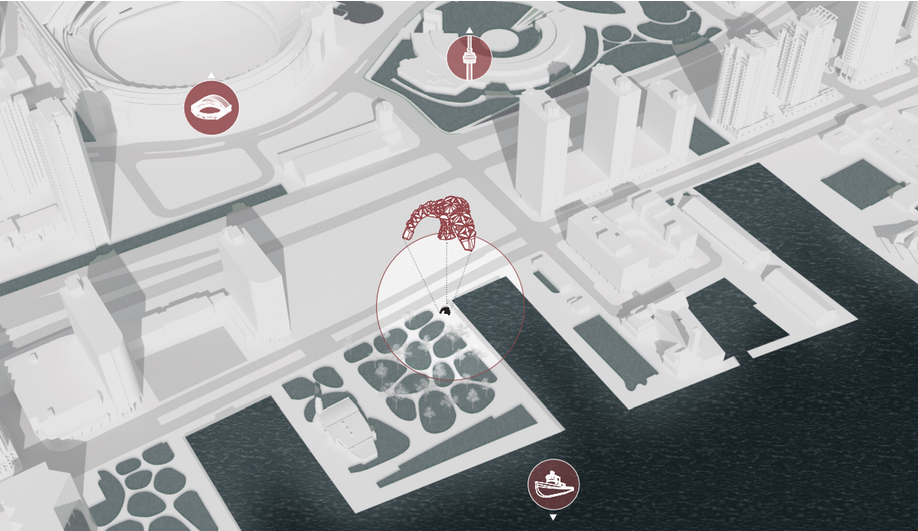 The experience is meant to be photographed – and, like so many architectural images, viewed on screens. “The kaleidoscopic effect of the interior is reminiscent of an image- driven society,” add the designers. “The viewer experiences the space as a reflection back on themselves, in many different lights and angles while also being intertwined with the reflections of the exterior conditions.”