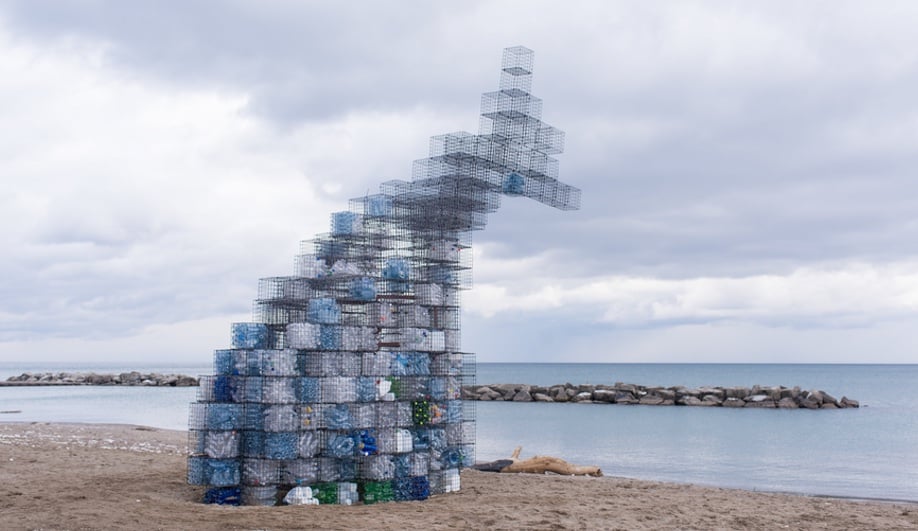 Teams of artists, designers and students – from Canada and abroad – have turned lifeguard stations in east Toronto into installations that brighten up the city’s wintry waterfront landscape. Unveiled on February 20, the eight public artworks are intended to both celebrate and reinterpret the city’s beaches in the off-season.

This year marks the third edition of the international design competition, which was inspired by Winnipeg’s Warming Huts event, where small architectural installations are placed along the Red River during skating season.

The theme for Winter Stations 2017 is “Catalyst”: artists were asked to submit proposals for structures that not only opened up the landscape, but opened up the minds of visitors. The competition also asked that the artists use recycled materials and put forth ideas for how their pavilions could be reused and repurposed after the exhibition.

Here’s a look at the eight winning pavilions for Winter Stations 2017, on view until March 27. 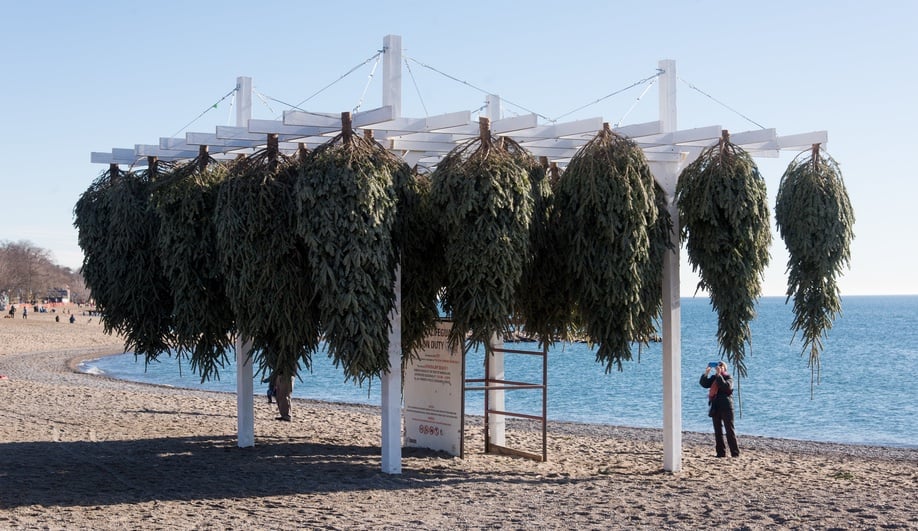 North by studio PERCH
Fir trees of varying heights are suspended from a white awning to create an imagined forest on the beach. 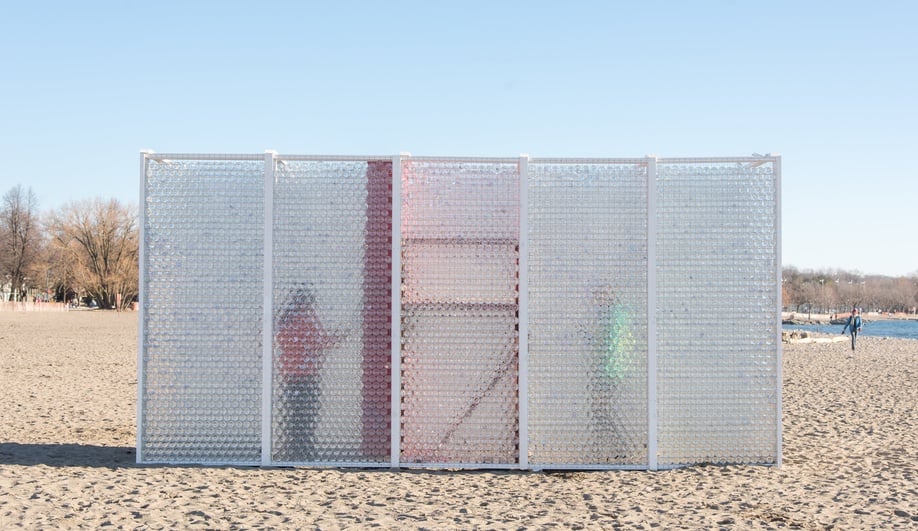 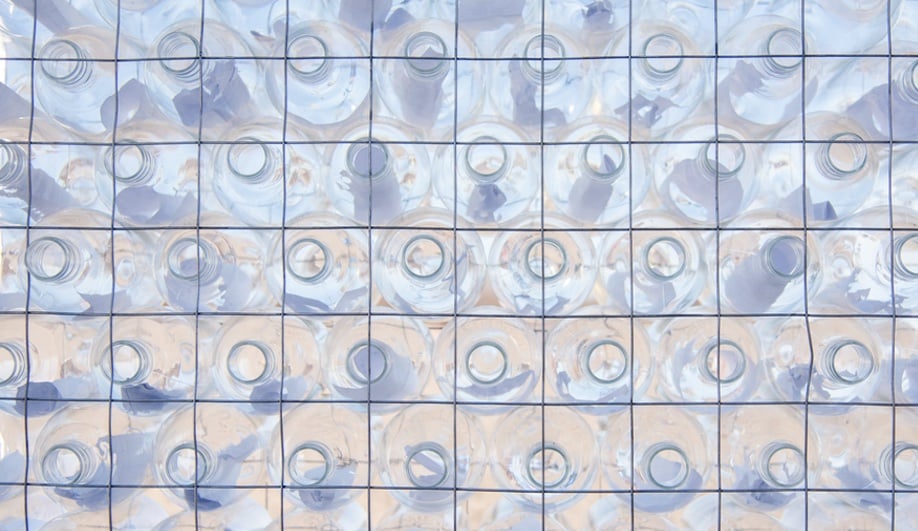 Collective Memory by Mario García and Andrea Govi
García, from Barcelona, and Govi, from Milan, constructed this beach shelter from hundreds of recycled water bottles that form translucent partitions. 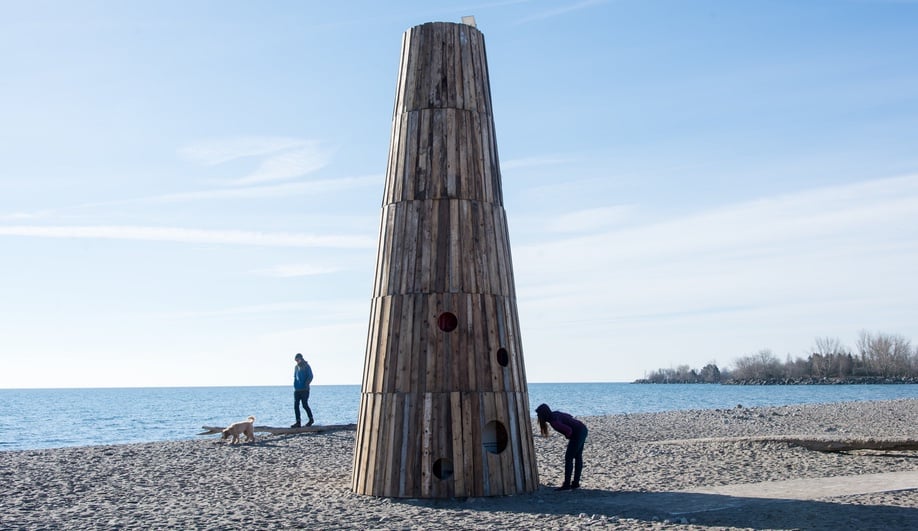 The Beacon by Joao Araujo Sousa and Joanna Correia Silva
An aged wood cone wrapped around the lifeguard station forms a sort of lighthouse. The eight-metre-tall tower also acts as a drop-off location for canned food and clothing donations. 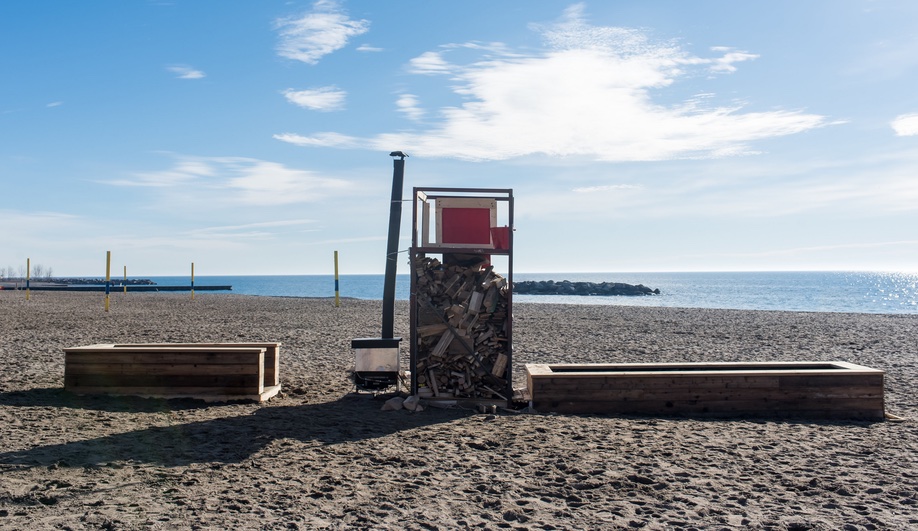 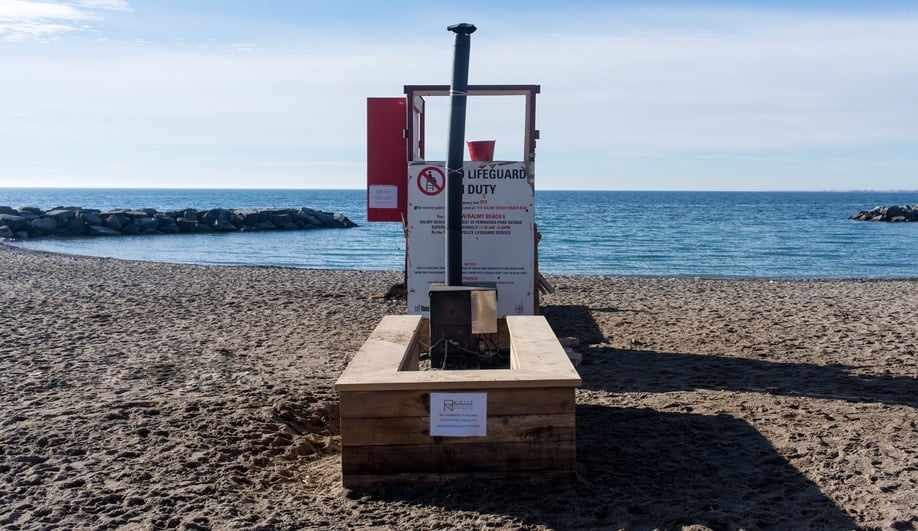 I See You Ashiyu by Asuka Kono and Rachel Salmela
Kono and Salmela have assembled a working Japanese wood-burning tub around their assigned station, stacking chopped wood beneath. Visitors are welcome to remove their shoes and warm their feet in the shallow water. 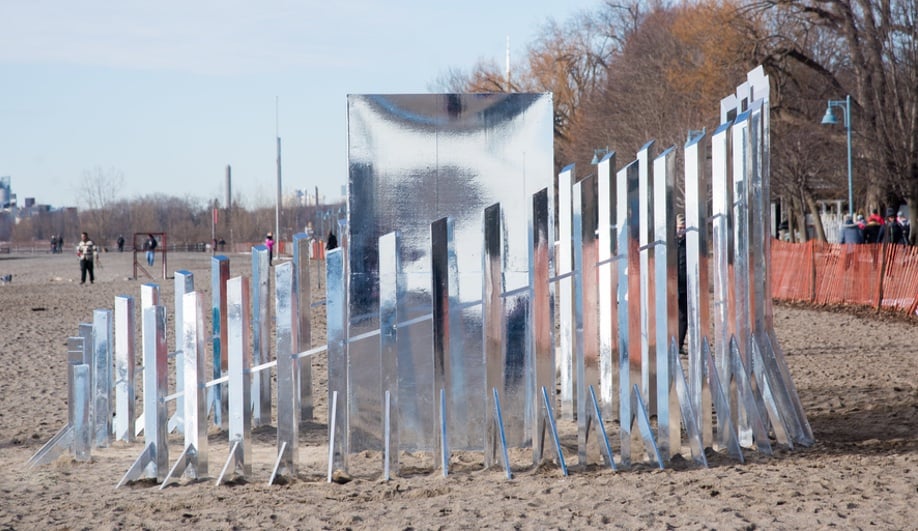 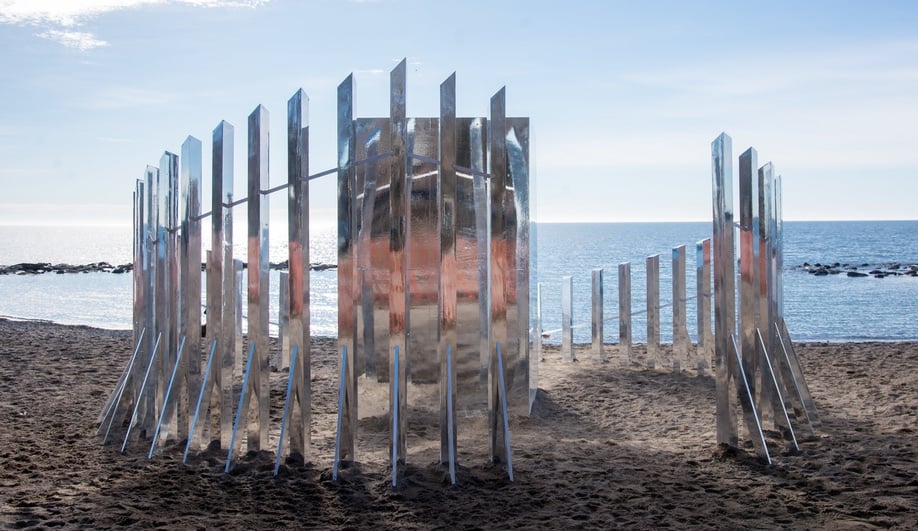 The Illusory by Humber College students
A reflective box surrounded by a graduated circle of slats in the same material creates distorted reflections of passerby and the landscape.

BuoyBuoyBuoy by Dionisios Vriniotis, Rob Shostak, Dakota Wares-Tani, and Julie Forand
Transparent, reflective and opaque discs are assembled in clusters to create the impression of buoys moving in the waves. 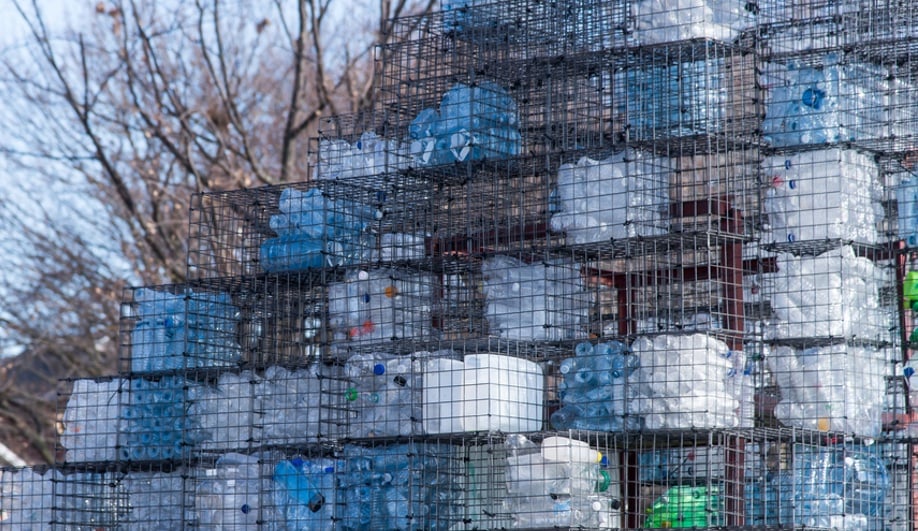 Flotsam and Jetsam by University of Waterloo students
This six-metre-high sculpture takes the form of a fish, with its tail fin raised in the air. The structure is composed of more than 350 crates containing various plastic recyclables. The graduation of filled crates to empty crates creates a pixelated effect. 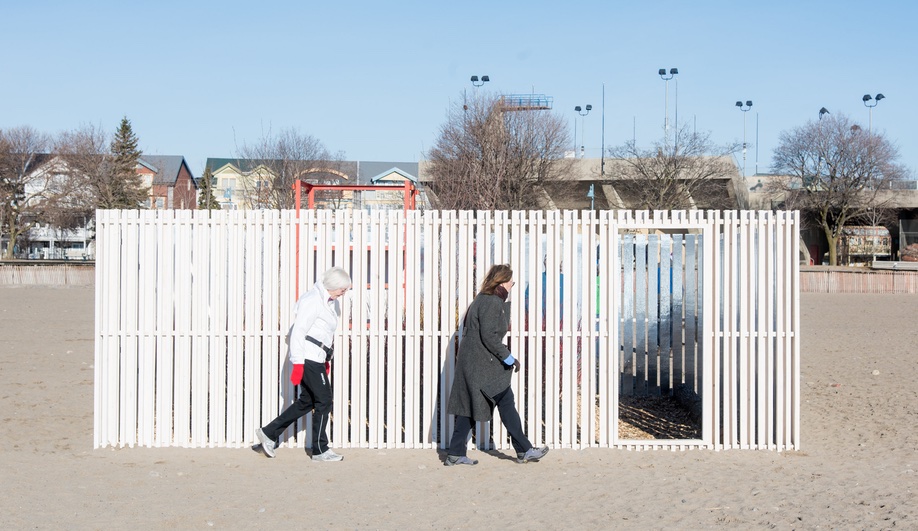 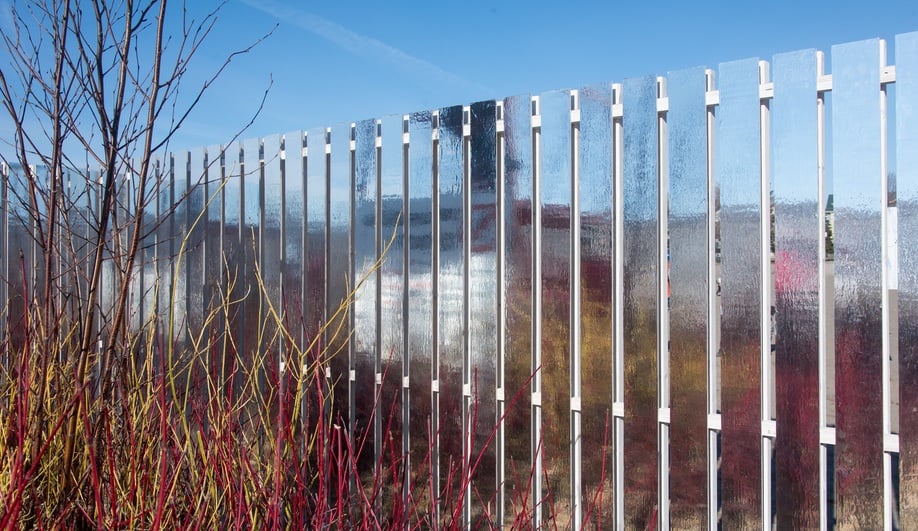 Midwinter Fire by University of Toronto students
Inside this fenced-off wind shelter is a mass of fiery yellow and red branches meant to contrast the vegetation of southern Ontario with the exposed and muted winter landscape.
SHARE
Twitter, Facebook, LinkedIn, Pinterest, Email
TAGS
Art, Installation, Landscape,
We rely on advertising revenue to support the creative content on our site. Please consider whitelisting our site in your settings, or pausing your adblocker while stopping by.