7 Imaginary Designs That Eventually Became Real
From self-lacing shoes to health-diagnosing tricorders, these seven sci-fi concepts that began as imaginary designs are now making their way into real life. 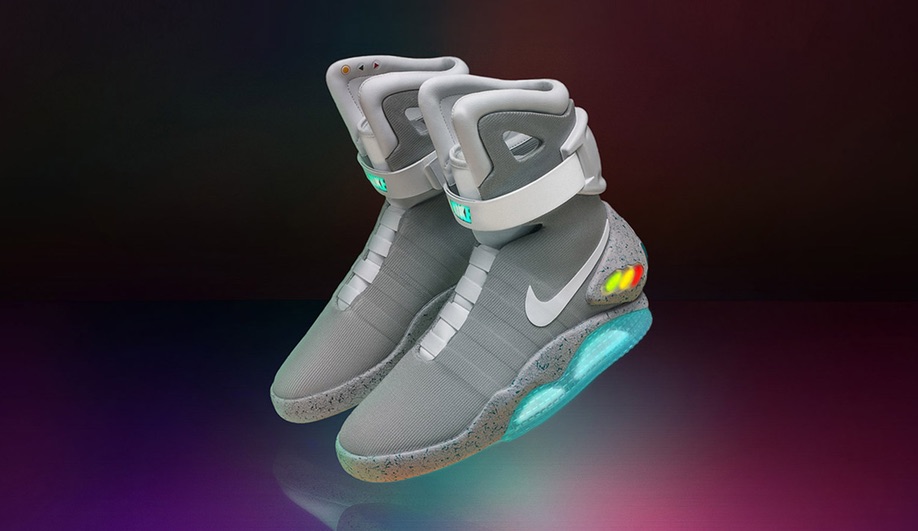 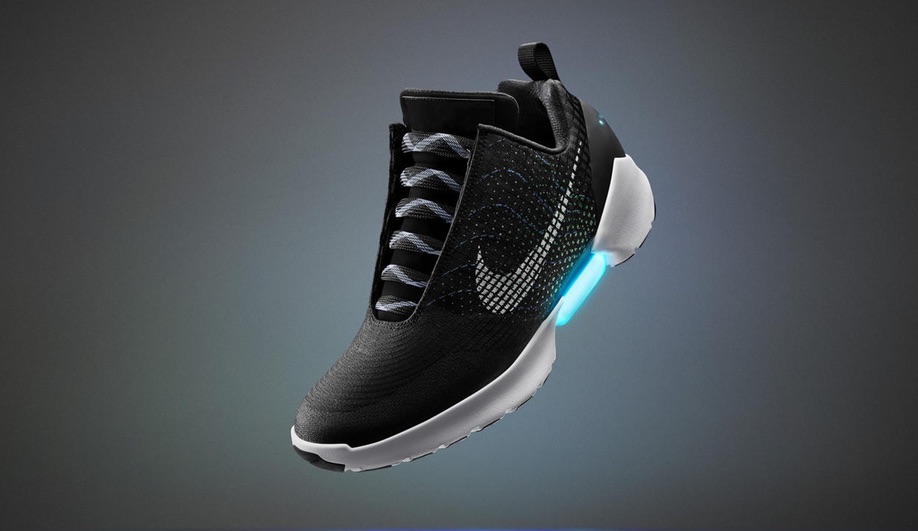 1 Power Laces
We got our first look at “power laces” – shoes that lace themselves – in the 1989 sci-fi flick Back to the Future II (above, top image). Late in 2015, Nike announced that it would soon release a reasonably faithful recreation of Marty McFly’s footwear of choice (complete with power laces) in a limited run, with proceeds going to The Michael J. Fox Foundation for Parkinson’s research. The lottery to win a pair of the new Nike Mag shoes ends today, in fact; only a few hours remain to enter. But if you don’t get your hands on a pair, despair not: power laces are coming to Nike’s commercially available shoes as well, in the form of “hyperadapt” laces (above, bottom image) that self-adjust using mechanics hidden in the heel of the shoe. 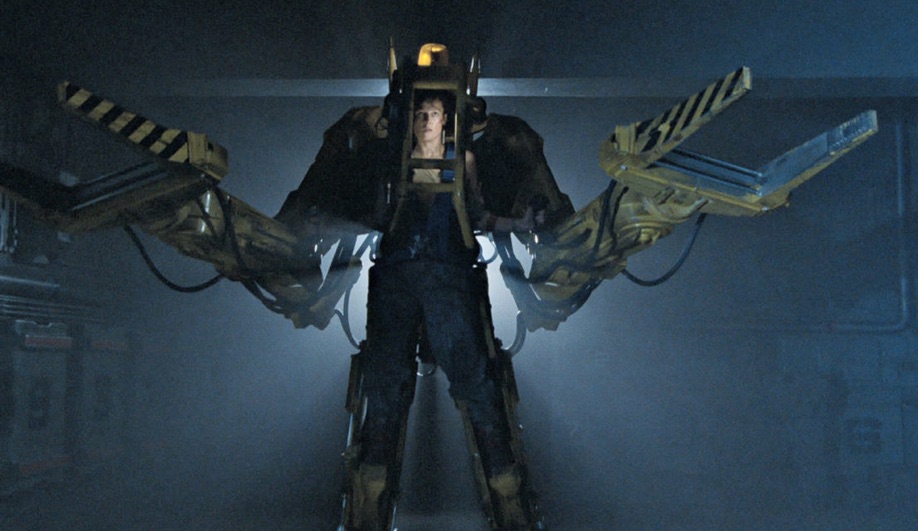 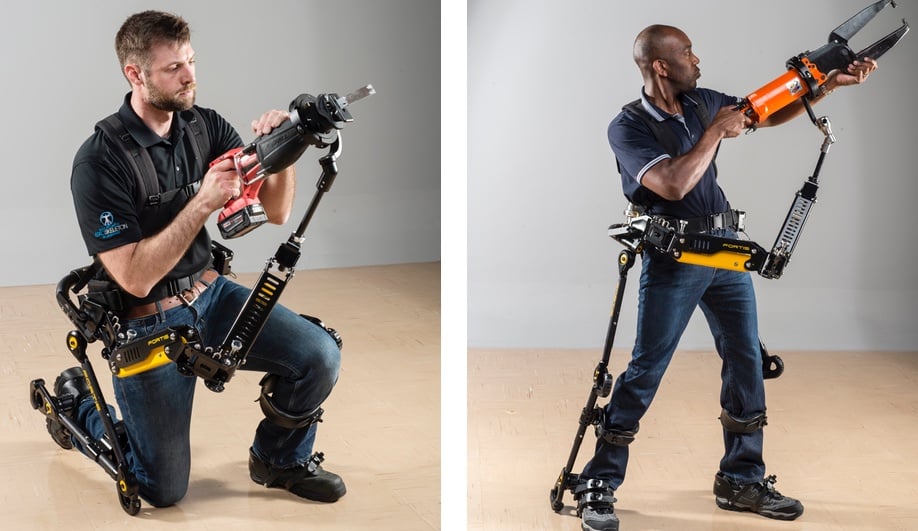 2 Exoskeleton Suits
Sigourney Weaver grappled her way into our hearts in 1986’s Aliens, battling a space monster from inside a mechanical exoskeleton that was half Gundam, half forklift. While the cumbersome version that Weaver’s Ripley wore was fine for outer space, the concept required some trimming down to work here on earth.

There are now several groups exploring powered exoskeleton concepts, including Honda, MIT, and the European Space Agency – in fact, the first attempts at making the idea practicable date back to the 1960s, and General Electric’s Hardiman suit. The exoskeleton suit shown above (at bottom) is Lockheed Martin’s frame-like version, which is less a suit of armour, more a series of braces that redistribute load, and help to reduce workplace injuries and fatigue. 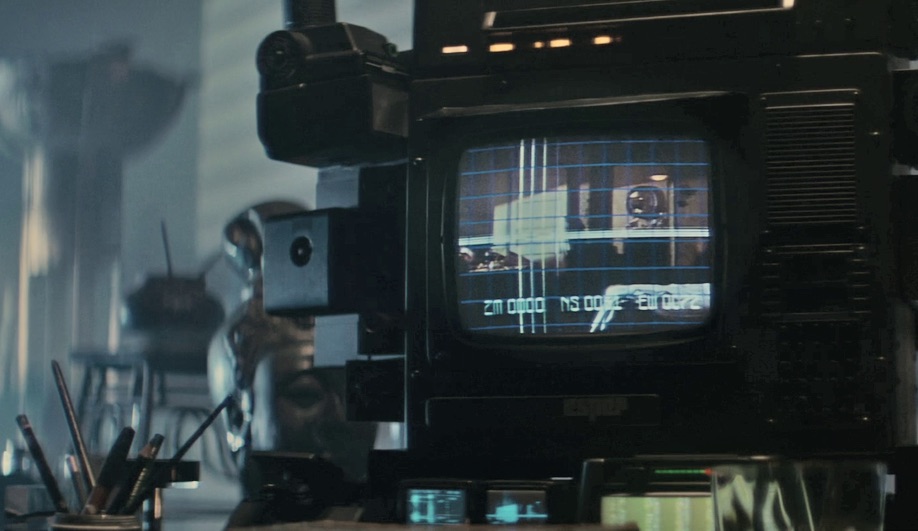 3 Holographic Photography
One of the most far-fetched scenes in 1982’s Blade Runner – even in a film about artificial humans nearly indistinguishable from the real thing – is a scene in which Harrison Ford’s Deckard scans a photograph and, with the help of a computer, seemingly looks into the photo, even peering around corners to find hidden things (above). Needless to say, that ability does not exist today, but two realized projects prove that it is – at least in theory – possible.

Lytro bills itself as a “light field imaging platform.” It looks and operates much like a typical camera, but with an important distinction: instead of capturing images focused onto a two-dimensional surface, as most cameras do, Lytro can digitally record light in three dimensions. This allows the photographer to open the digital file later on, and refocus the image, adjust the depth of field, reposition the camera slightly – basically, to make adjustments that photographers can typically make only at the moment of taking a photo. They can even assemble the range of angles captured into an animated image that recreates parallax movement for a surprisingly 3-D effect:

Of course, that’s a long way from being able to see around corners. But a team at MIT is proving that the concept may be possible. Using an incredibly short burst of light in a controlled laboratory setting, the team is able to capture a wave of reflected photons, measuring the difference in their travel time to create a digital model of the objects the light has bounced off, similar to the way radar can identify the shape of objects by capturing reflected sound waves. The results are pretty low-resolution at this stage, but who knows where the technology will take us in 2019 (or 2049)! 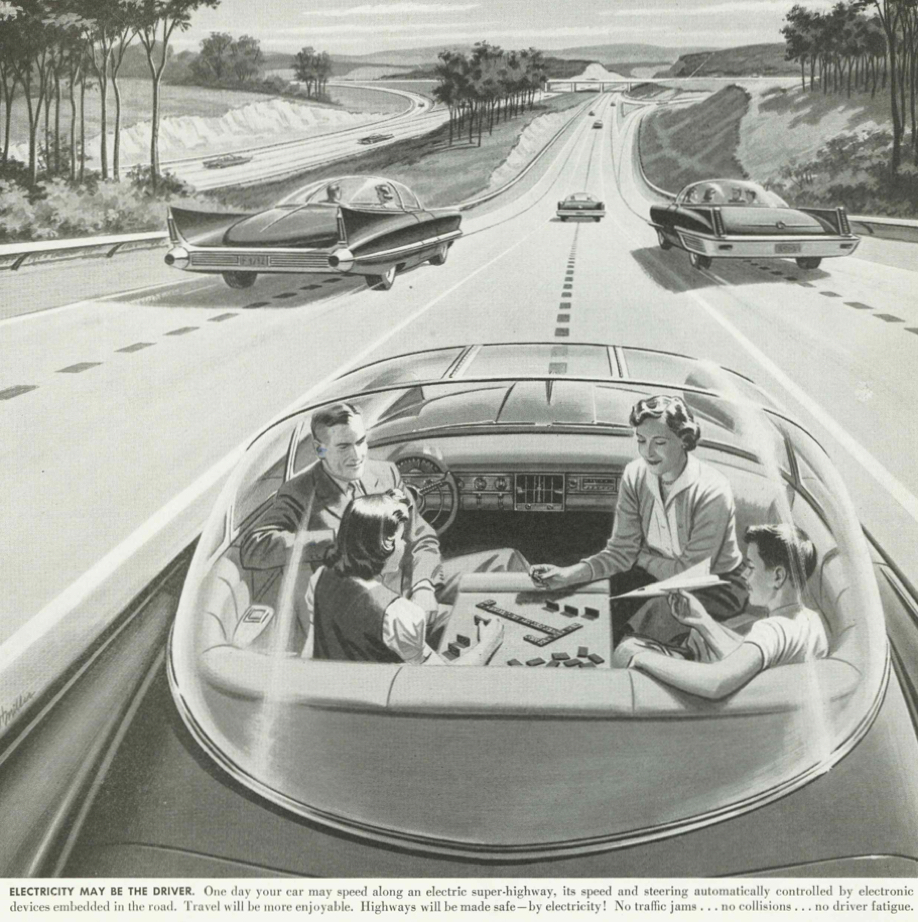 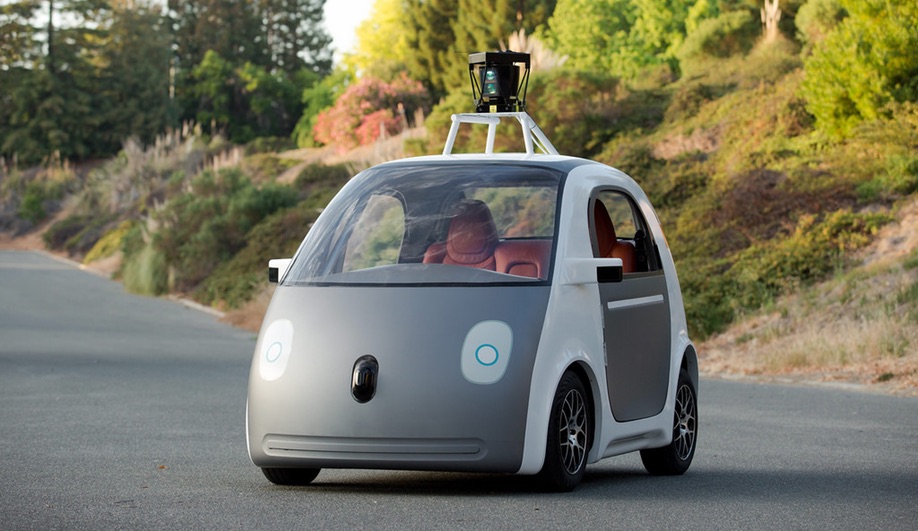 4 Autonomous Electric Cars
This is one idea that needs no explanation; self-driving cars have been a staple of sci-fi for so long, they’re almost synonymous with futurism itself. It’s worth remarking, though, how different the reality is from many imaginary versions – think back to Total Recall’s Johnny Cab, a six-wheeled car piloted by a chipper android. 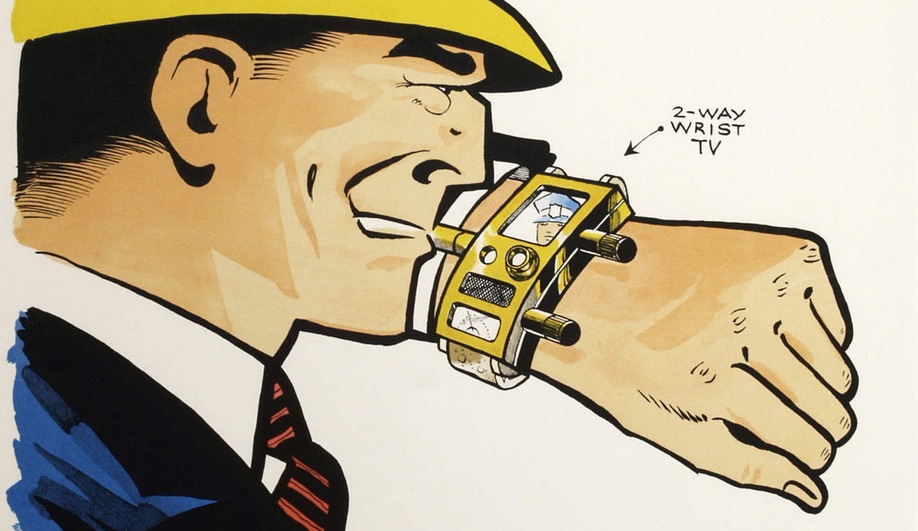 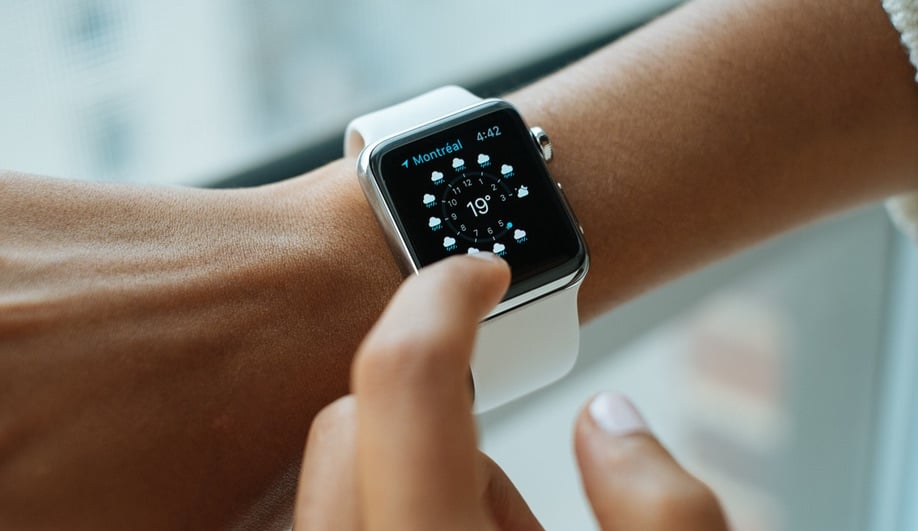 5 Video Wristwatches
Since the 1930s, Dick Tracy has kept a leg up on criminals in The City with a wristwatch that allows two-way communication with others. While video conferencing for smart watches is still a few years away (at least barring some serious hacking), the Apple Watch does bring video to your wrist, and many other functions as well. Just think of the crimes Tracy could solve with a camera, map, or instant translator in his hands. 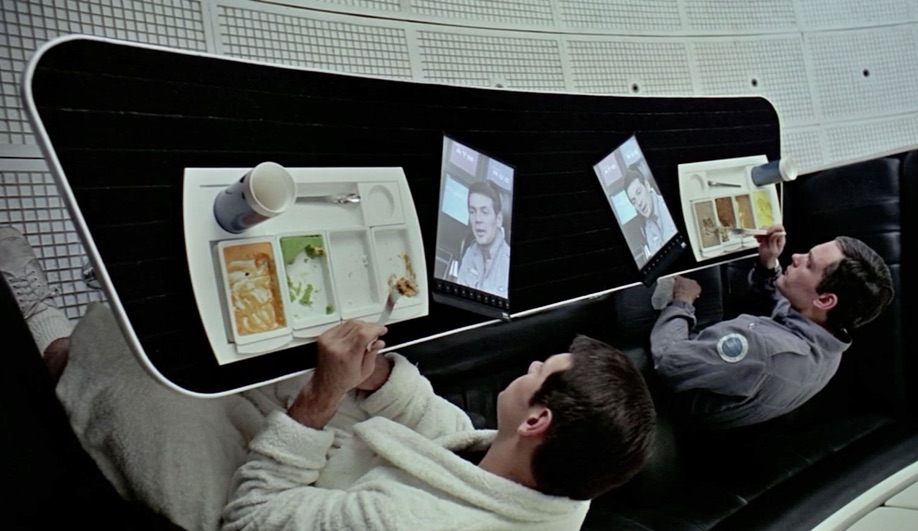 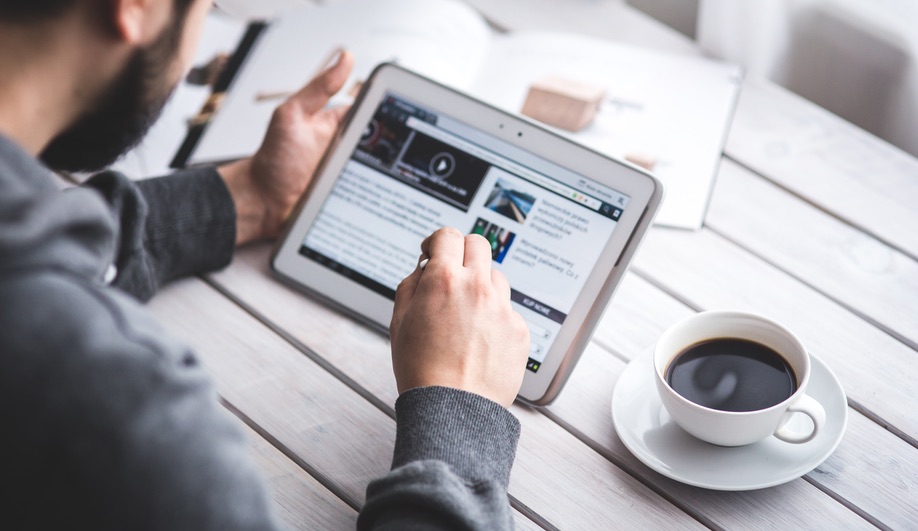 6 Tablet Computers
Apple may not have invented the tablet computer (GRiD Systems’ GRiDPad claims that honour). They did, however, elevate the concept to a level of functionality and portability that rivals the tablets Stanley Kubrick placed in the hands of the astronauts aboard the Discovery One, the spacecraft in his 1968 film 2001: A Space Odyssey – and only nine years behind schedule. Though not the first, the iPad opened up the marketplace for tablet computers, and since its 2010 release, the number of tablets on offer has multiplied. 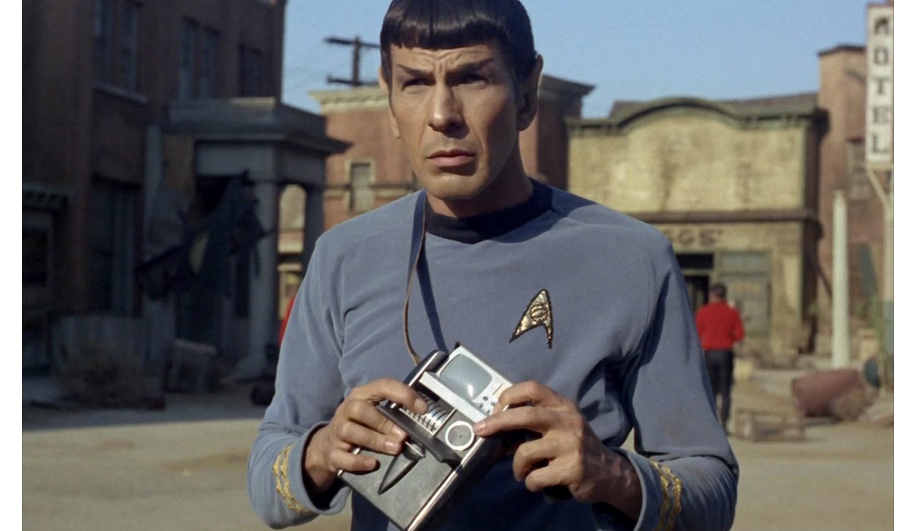 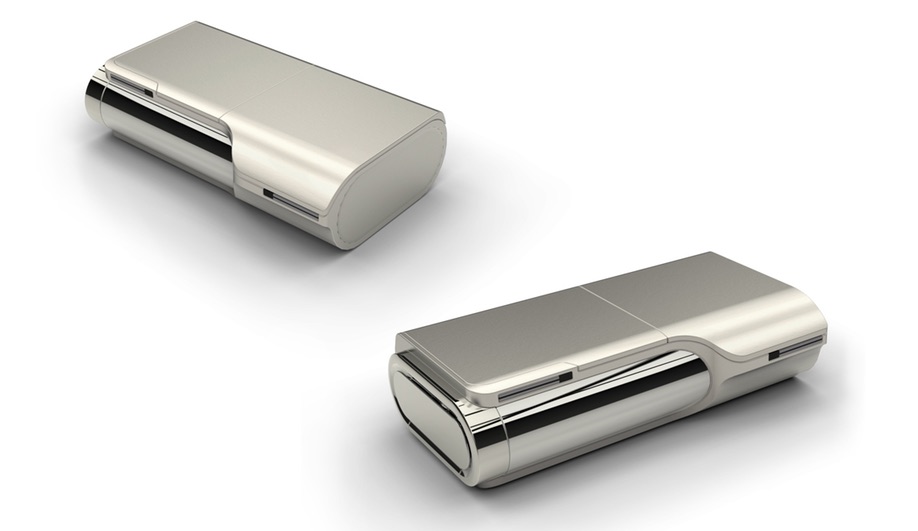 7 Tricorders
Star Trek‘s tricorders have evolved in their appearance over time, but their (multi)functionality remains the same: tricorders’ usefulness lies in their ability to scan, record and analyze data using a range of sensors – enabling such activities as scanning a planet for lifeforms, or scanning a patient to deliver a prognosis. Available in a range of specialized versions, tricorders are the ultimate diagnostic tool – it’s no wonder people have tried to bring the technology into the real world.

X-Prize (the same group behind the “space race” Ansari X prize, which offered a US$10 million award to the first group to launch a reusable manned spacecraft twice inside a two-week period) is now challenging groups to turn the tricorder into reality. Similar to the Ansari X, there’s US$10 million offered to the first group whose device best diagnoses 12 disorders, drawn from a longer list that includes atrial fibrillation, pneumonia and HIV, as well as monitor vital signs such as blood pressure and temperature.

Testing for the latest round of entrants is underway, with a winner expected to be announced in early 2017. There are currently seven international teams in contention, including Team DMI, which comprises engineers and scientists from the Cambridge, Massachusetts, area; their rHEALTH Sensor (above, lower image) can not only pass 22 tests – including in zero gravity – it looks suitably futuristic, too.