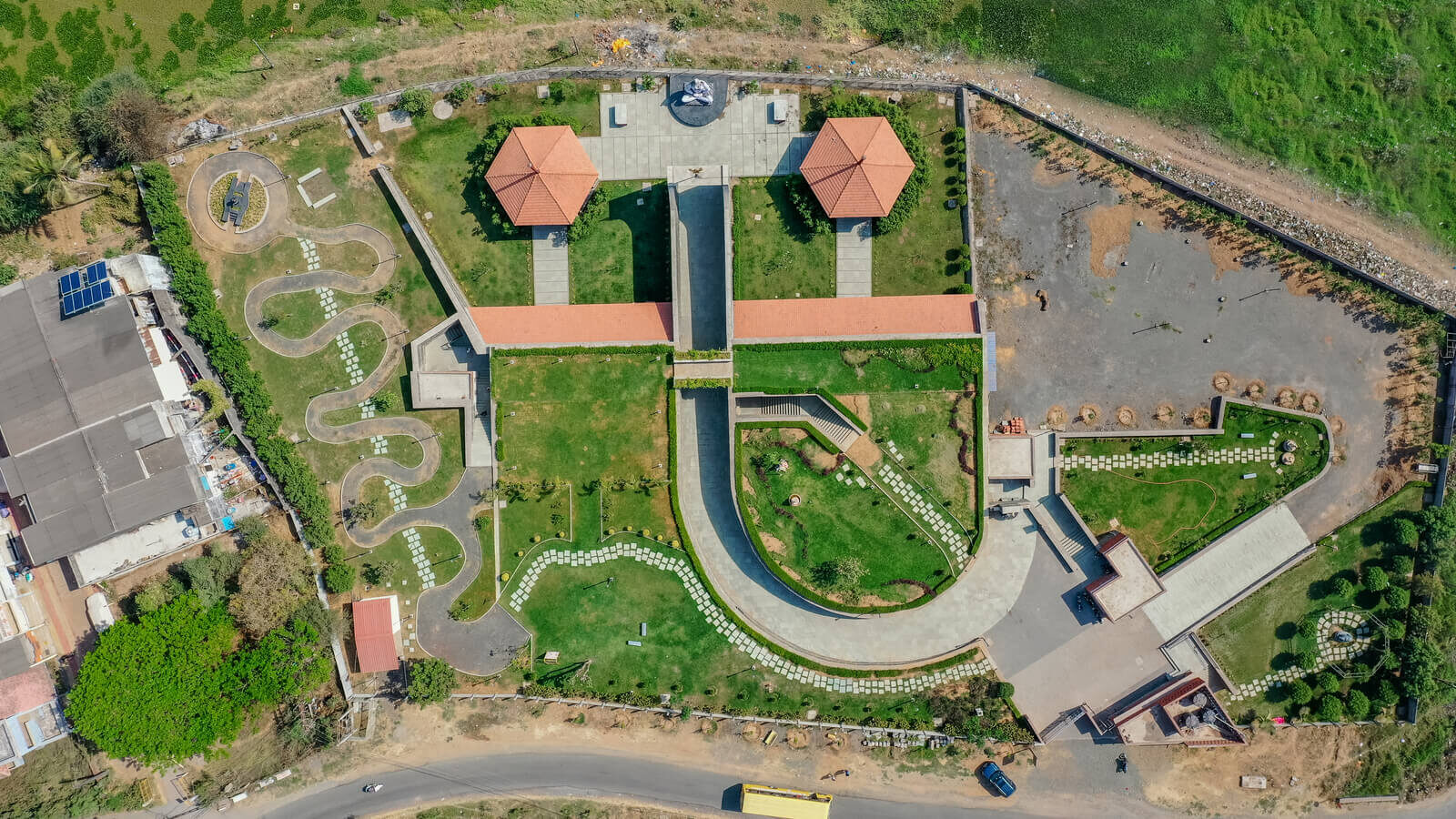 In Rural India, a Verdant Crematorium Bridges Life and Death

In urban India, funerary sites are often cold and impersonal, reduced to places of mere function by rampant development and overcrowding. Responding to this and the rapid erasure of public space in cities across the country, Ahmedabad-based d6thD Design Studio has proposed a new approach to the conventional crematorium that strives to remedy both. By combining ceremonial and social functions in a split-level riverside park, the firm’s Udan Crematorium embodies the optimism of life-after-death inherent in Hindu belief. 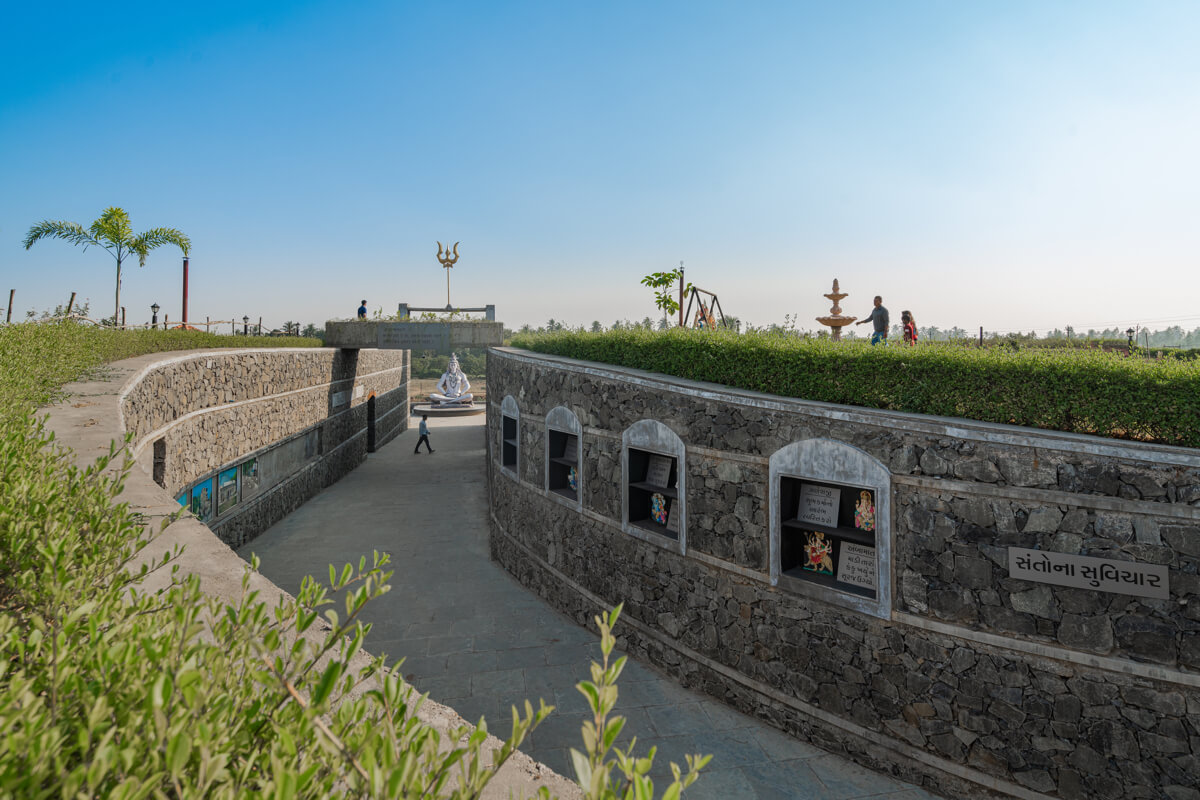 Accented by niches for murals and idols, the inset stone path leads toward the two pavilions.

Nestled in the small town of Amalsad in the country’s west, the landscape is a space for final goodbyes and new hellos where funerary and public programs are one — and the lush complex fittingly celebrates spirituality as a part of everyday life. Golden duranta and henna hedges form snaking pathways around open lawns, which are dotted with idols, play structures and Ayurvedic plantings. 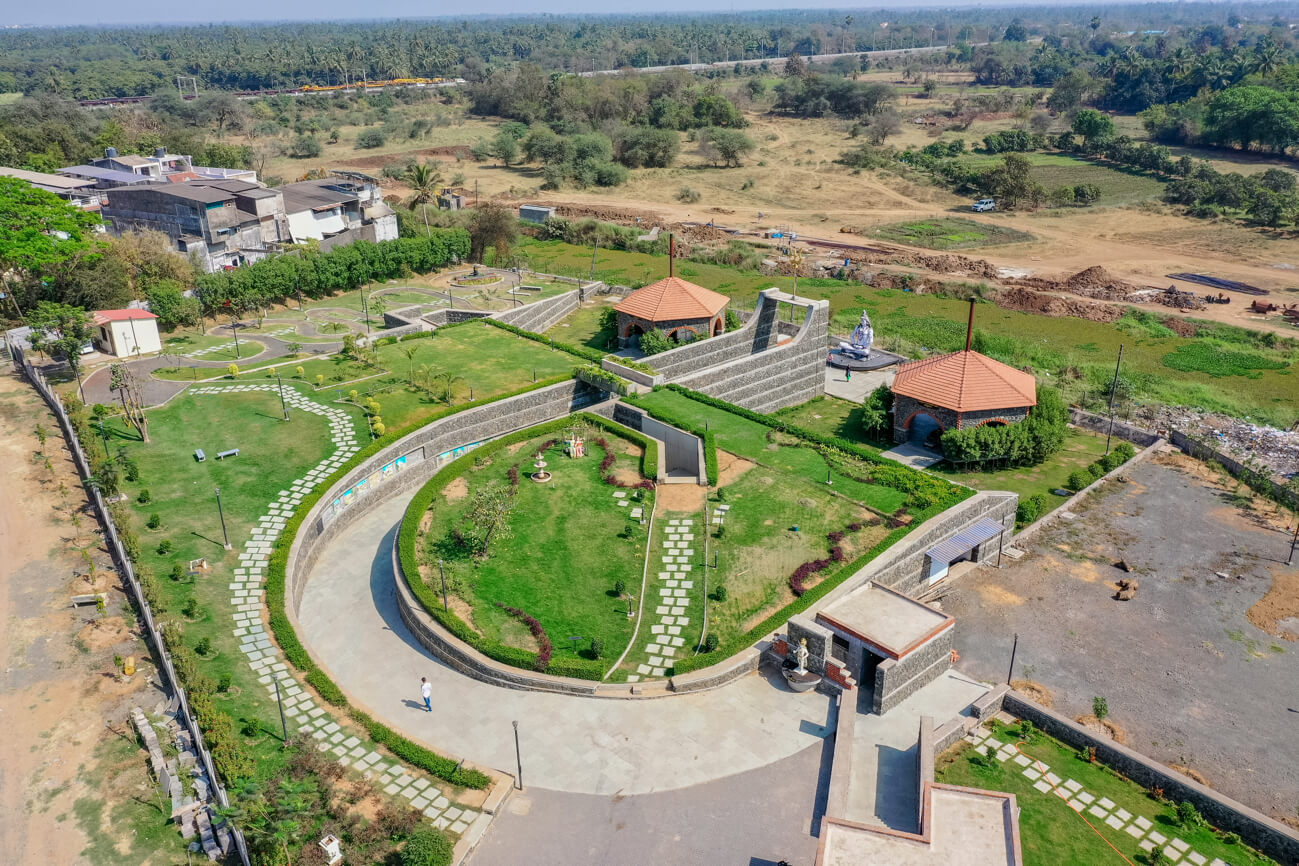 1A bridge connecting the devotional gardens is draped with hanging vines, framing the large deity sculpture.

3Called Mukti Marg (path of release), a five-metre-wide walkway cuts through the site.

4The park is split between two levels, social and spiritual, with funeral programs below.

Tucked away below the gardens, hidden from view, are the administrative office and prayer hall. The two adjoining courtyards, meanwhile,  each house a cremation pavilion and adjacent seating porches that are screened from view by clusters of trees, providing peaceful and private services. These verdant elements are complemented by stone walls, brick arches and clay tiles consistent with d6thD Design Studio’s fondness for time-honoured materials. 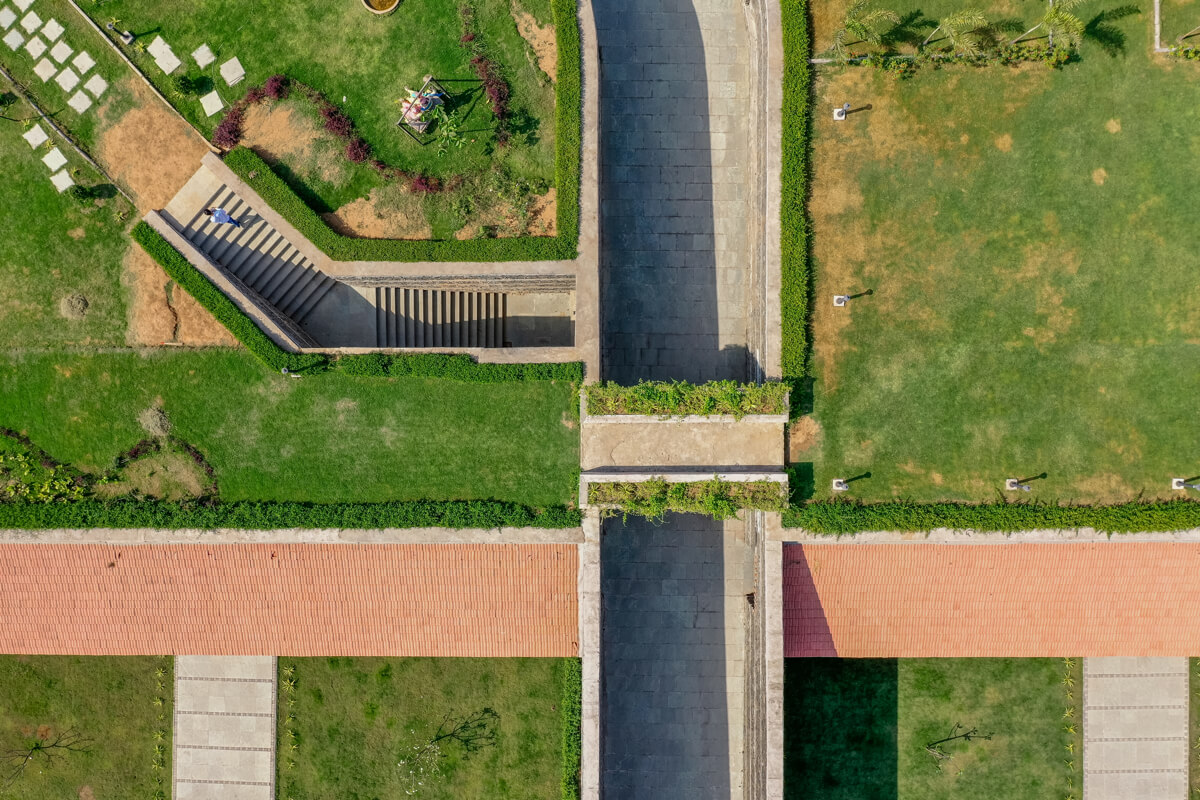 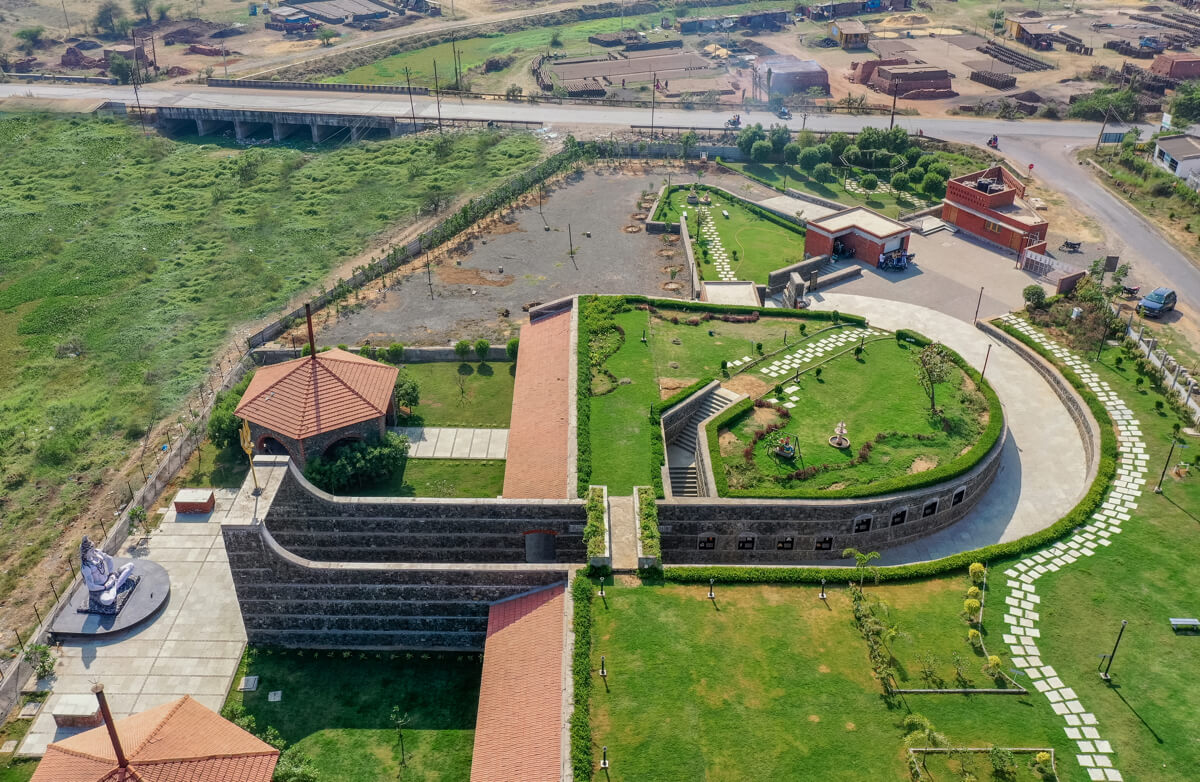 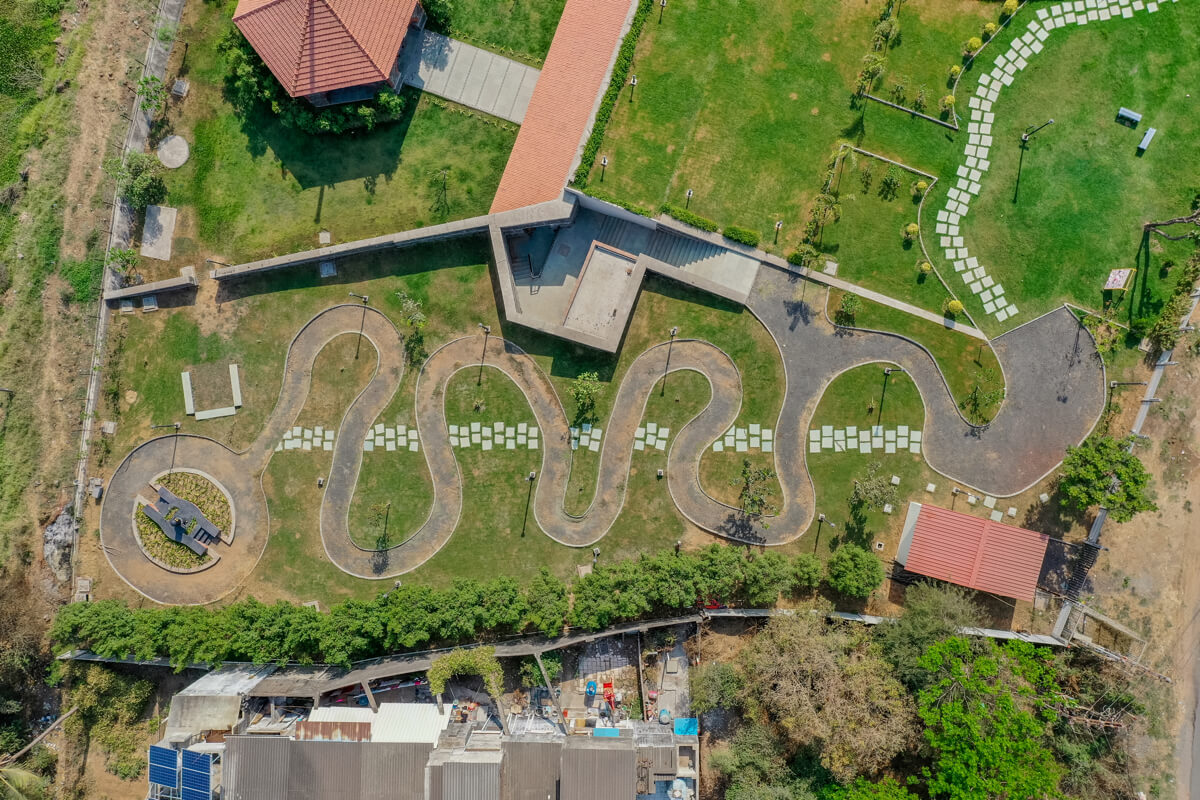 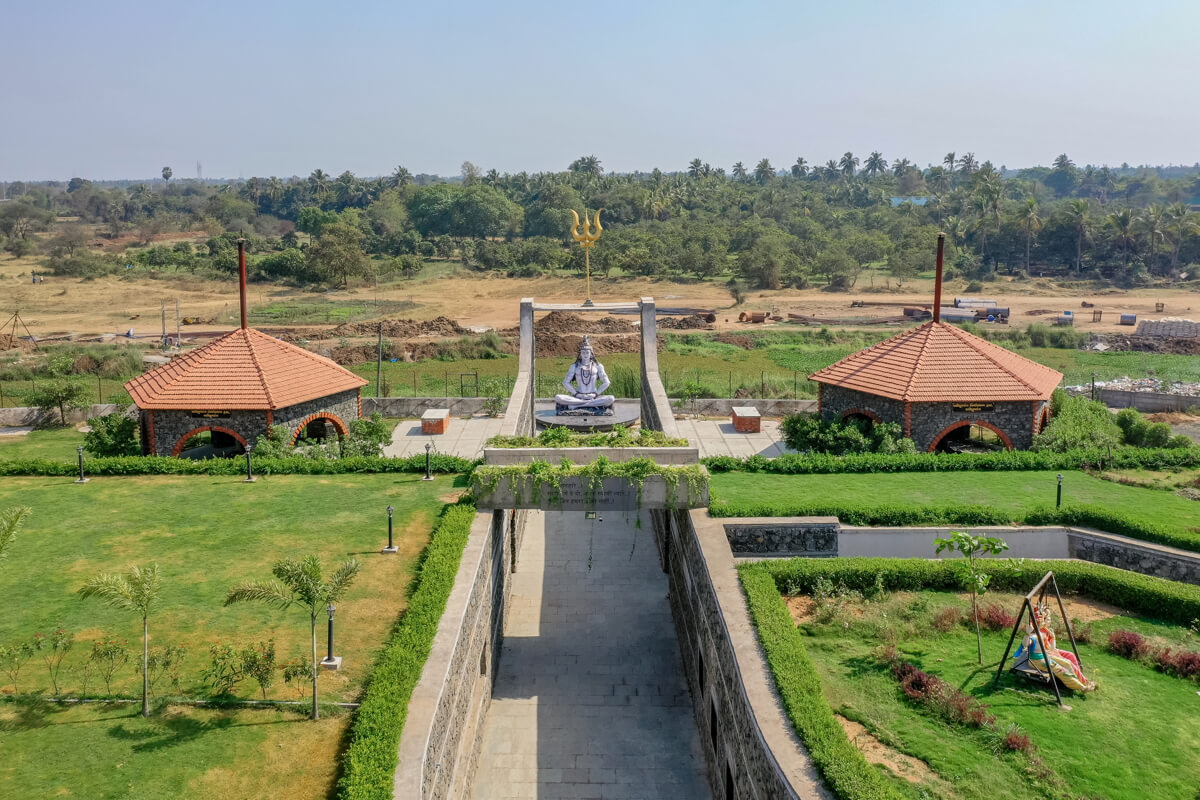 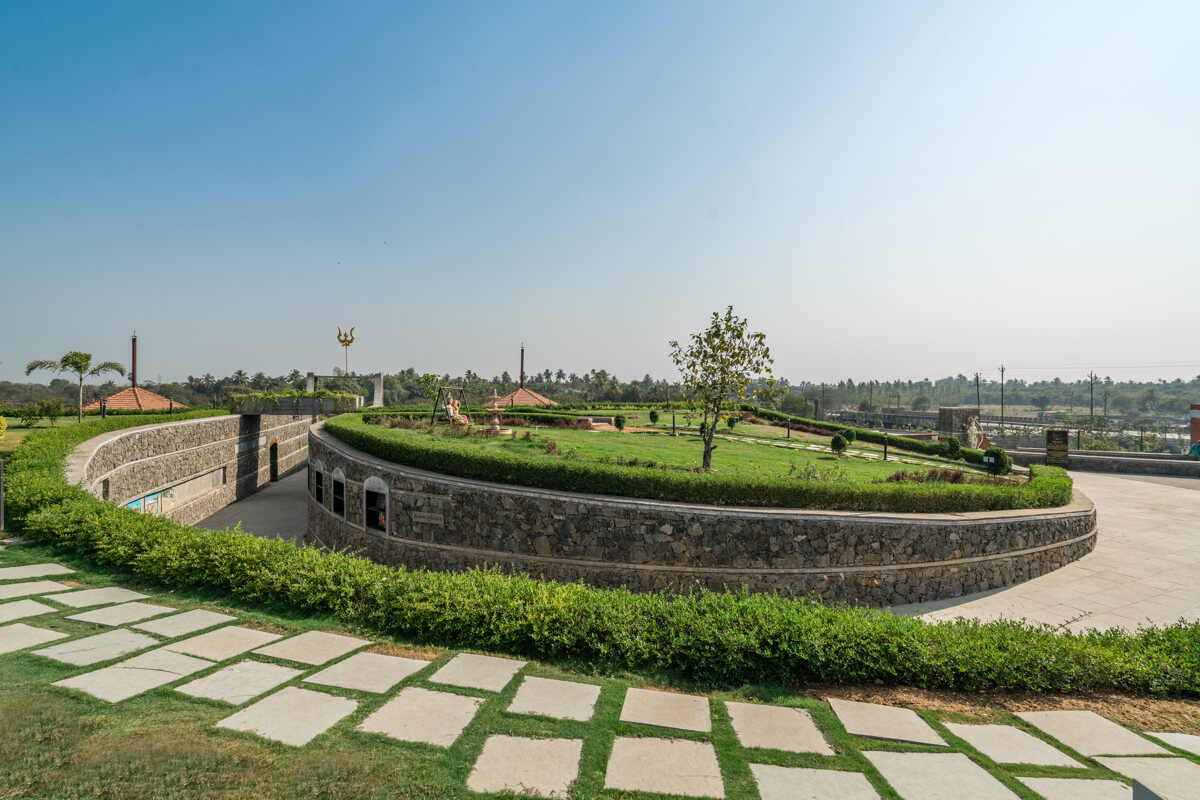 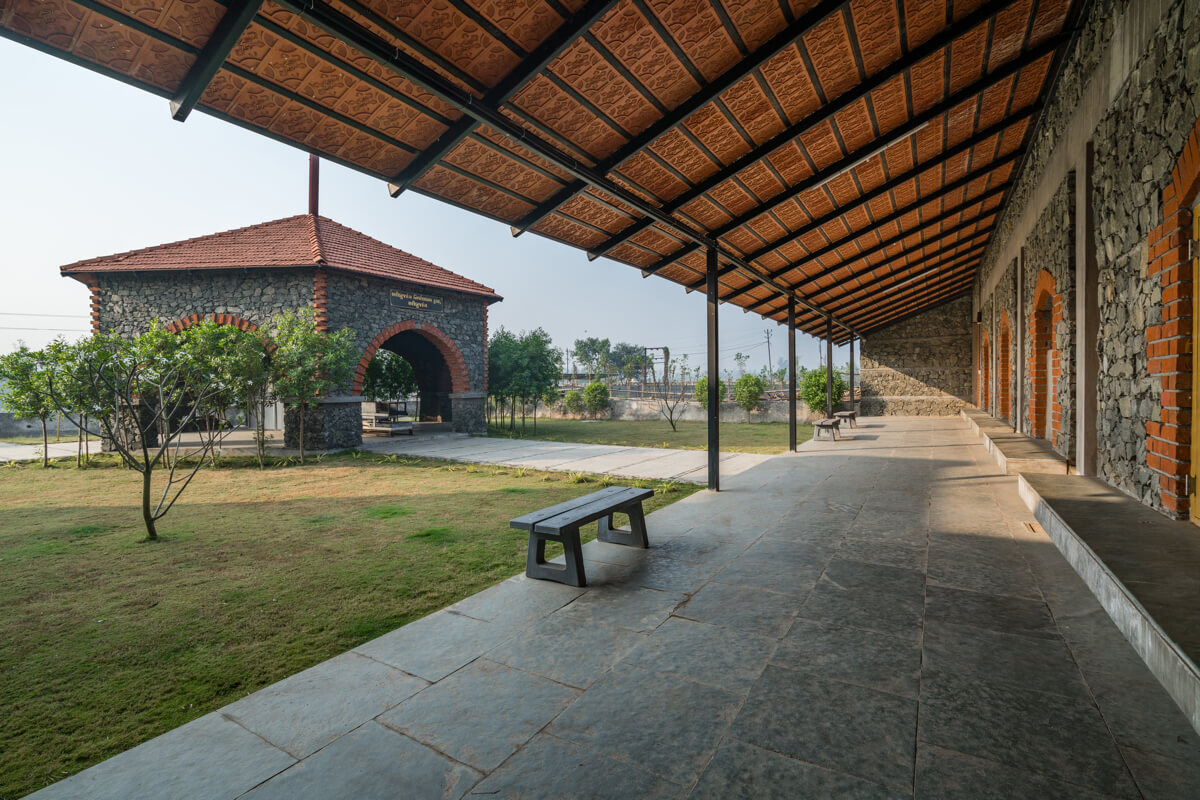 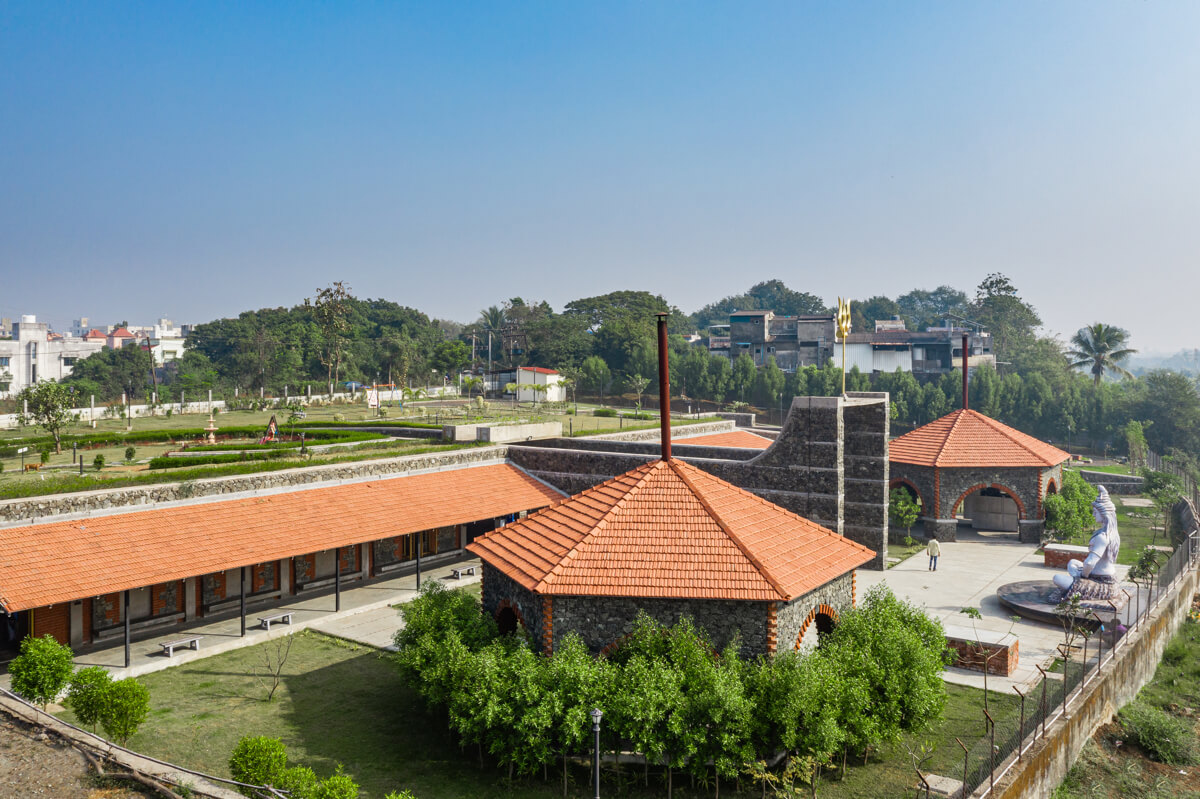 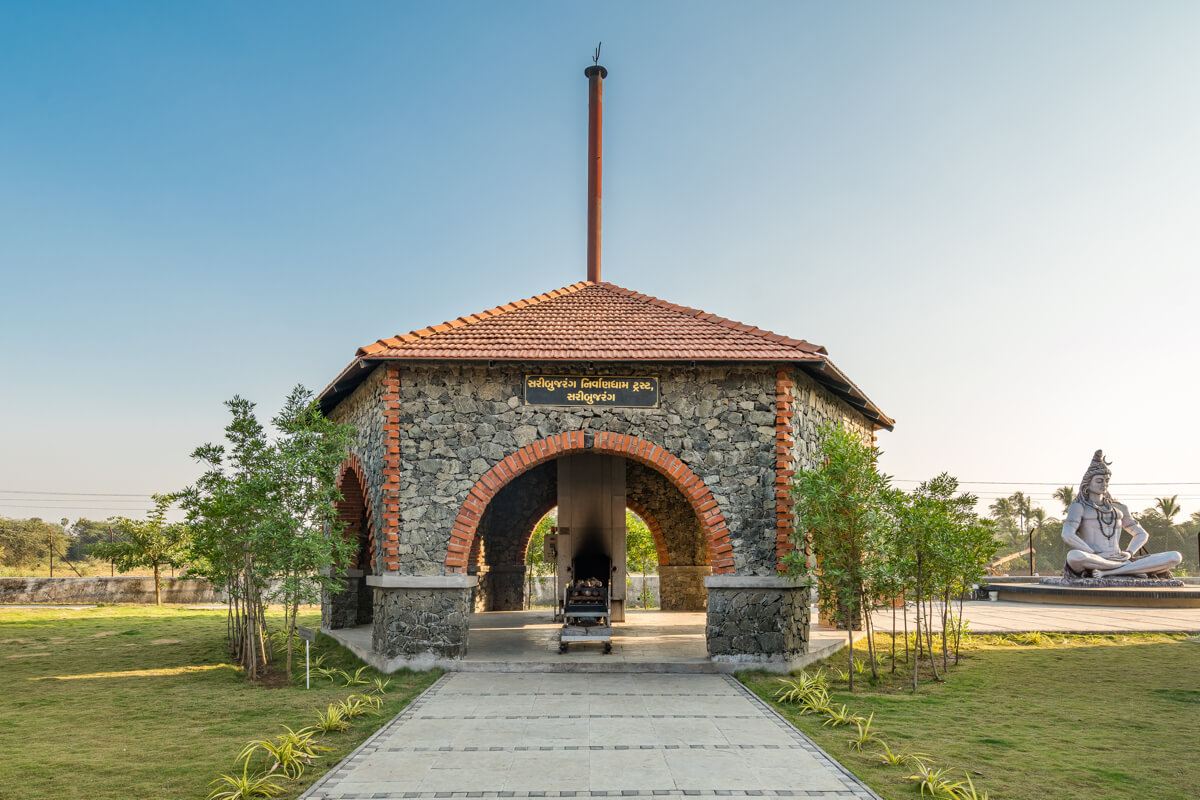 A curving ceremonial pathway named Mukti Marg creates a respectful divide between the devotional gardens and the twin pyres without the need for walled-in grounds (a staple of the typology). The downward slope represents a gentle transition from the profane to the sacred. It’s flanked by articulated rubble masonry walls that rise to frame a concluding view of a meditating Lord Shiva — god of destruction and re-creation — set in front of a trickling stream. Following the final rites, dedicated stairways return visitors to the upper-level gardens, completing a journey that recalls the cyclical nature of life.