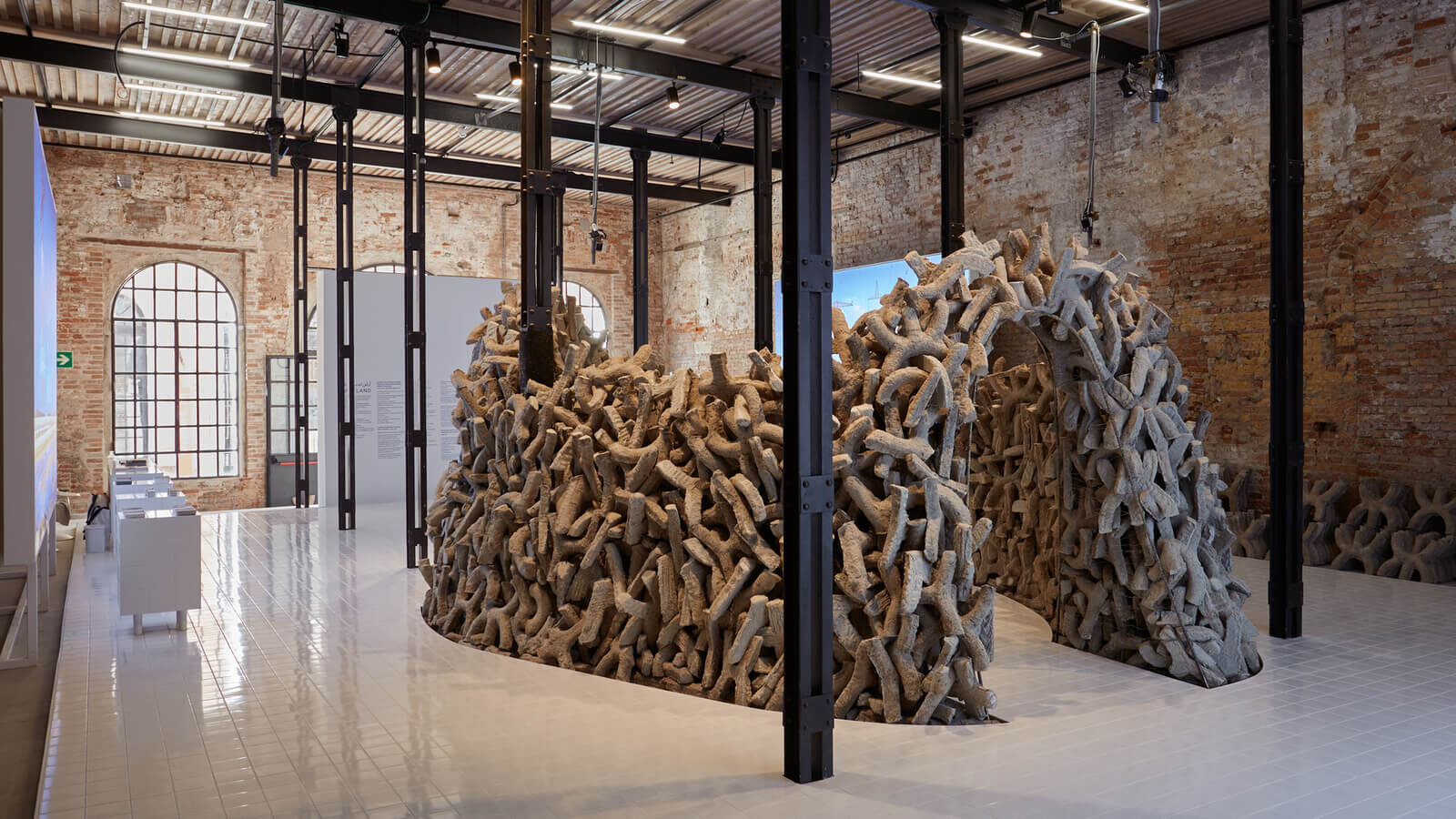 From Dubai to Venice, waiwai is turning industrial cast-offs into a carbon sensitive concrete alternative.

Hugging the Persian Gulf’s salt-rich coast, the United Arab Emirates is the world’s second-largest desalinator. On a daily basis, seawater is cleansed of the equivalent of about 4,800 Olympic-sized swimming pools of sodium chloride — which is then poured back into the ocean as a concentrated brine — in order to supply the country with clean drinking water. To support the industrial treatment plants, a vast network of roadways and power grids have been built. These structures encroach upon and threaten the arid region’s natural salt flats, called sabkhas, which function as both integral habitats and carbon sinks sequestering CO2. 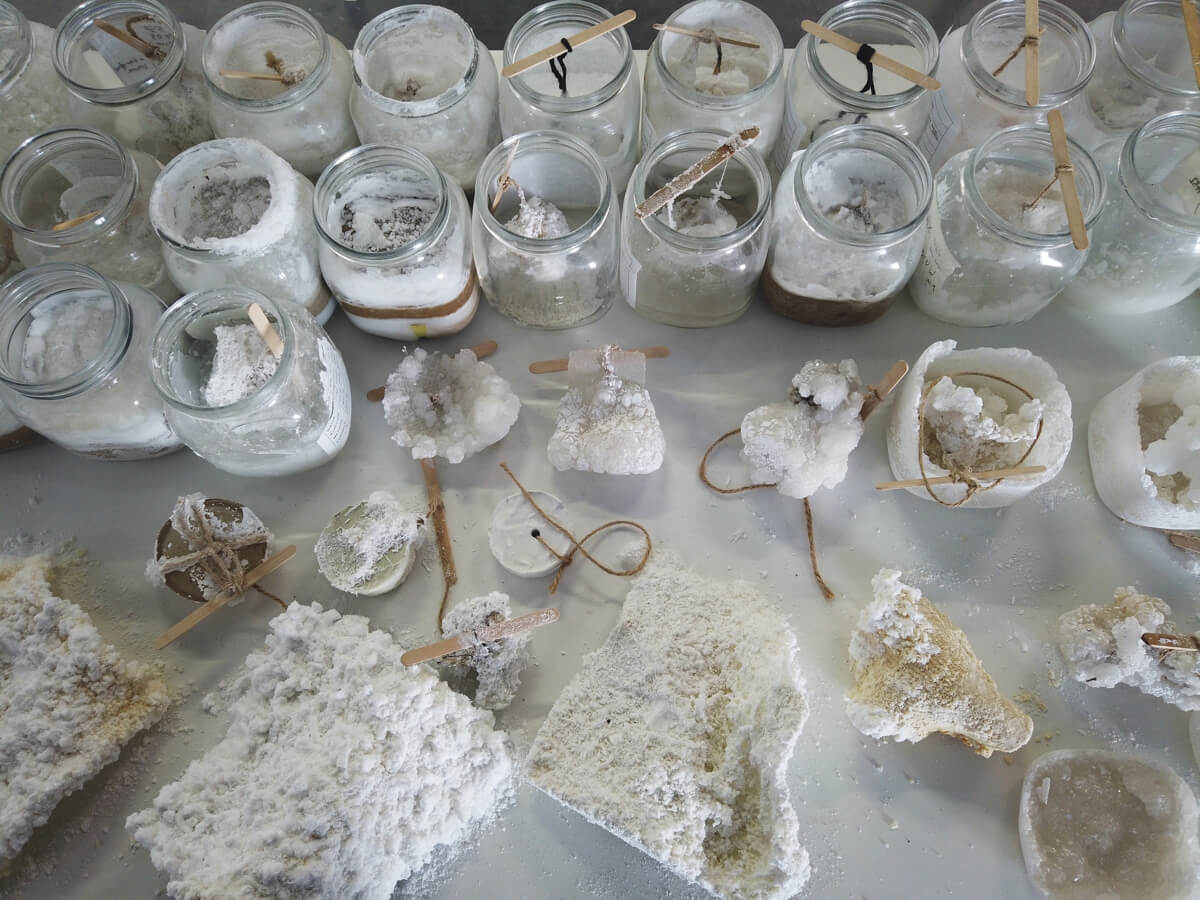 To curtail the ripple effects of all this activity across multiple fragile ecosystems and to promote the conservation of the UAE’s unique wetlands, Dubai- and Tokyo-based studio waiwai has developed a cement alternative that reclaims the residual brine from the desalination process before it can re-enter the sea. “Concrete is actually formed from minerals,” says principal Wael Al Awar, “so it’s the same line of thinking. Could this highly rich solution become architecture?”

The first “basic and innocent experiments,” according to the architect, involved submerging fabric into the brine and waiting until a salt structure crystallized. These initial micro-architectures soon led to a partnership between the studio and New York University Abu Dhabi’s AMBER Lab, which was able to extract magnesium oxide (MgO) from the rejected substance and use it to replace the harmful calcium oxide (CaO) in traditional cement.

Magnesium oxide (MgO) is extracted from the leftover brine of desalination plants.

The mineral is combined with additional local aggregates to produce a material akin to Portland cement.

Soil moulds are used to cast the solution in a series of forms that can later interlock for larger compositions. 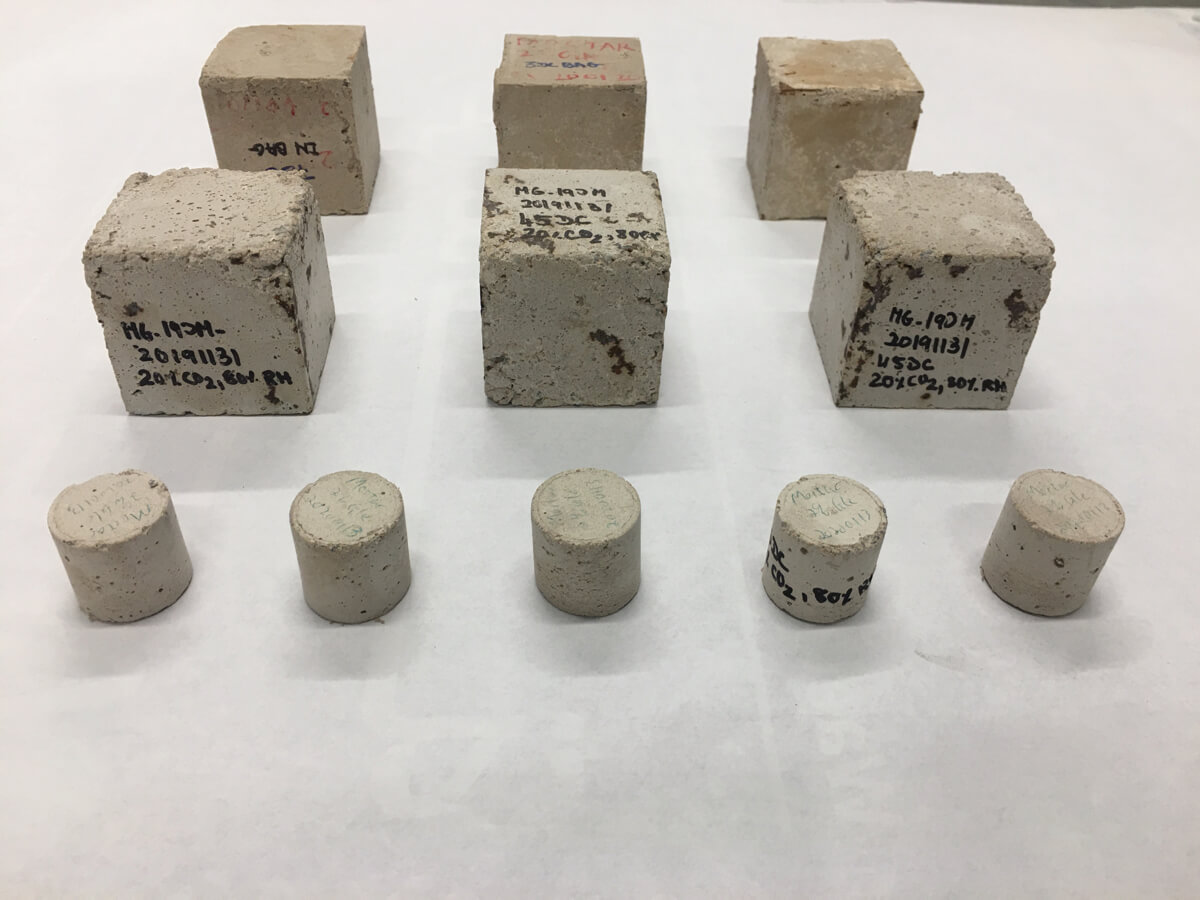 Combining it with additional aggregates and soil gathered from various places across the country resulted in an “insoluble brick” that, like the sprawling sabkhas, has the potential to absorb carbon and replace one of the built environment’s most common yet unsustainable materials. 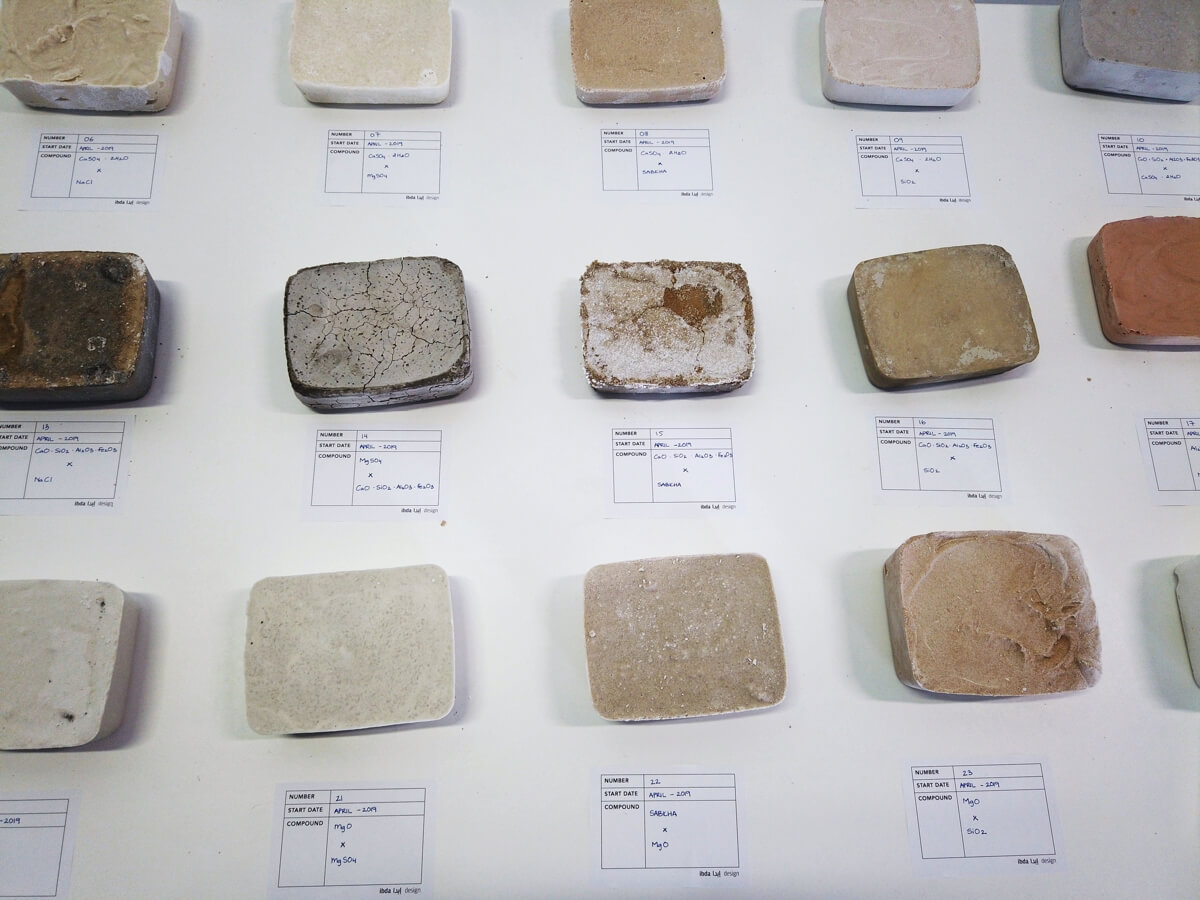 The studio is continuing to experiment with the solution to create additional finishes for floors, walls and more. PHOTO: Dina Khatib

While the mixture is currently applicable only for precast structures such as the 3,000 interlocking elements in waiwai’s “Wetland” exhibition at this year’s Venice Biennale, the studio is further developing it as a floor and wall finish. And though it may seem novel, the technology is a continuation of vernacular practices evident in present-day Libya and Egypt that leverage sabkha mud as a binder for earthen blocks. “At some point, Portland cement became so universal and so standardized that the sense of locality or geography completely disappeared from architecture,” says Al Awar. “The MgO cement brings back the locality or the place into the building itself.”

From Dubai to Venice, waiwai is turning industrial cast-offs into a carbon sensitive concrete alternative.