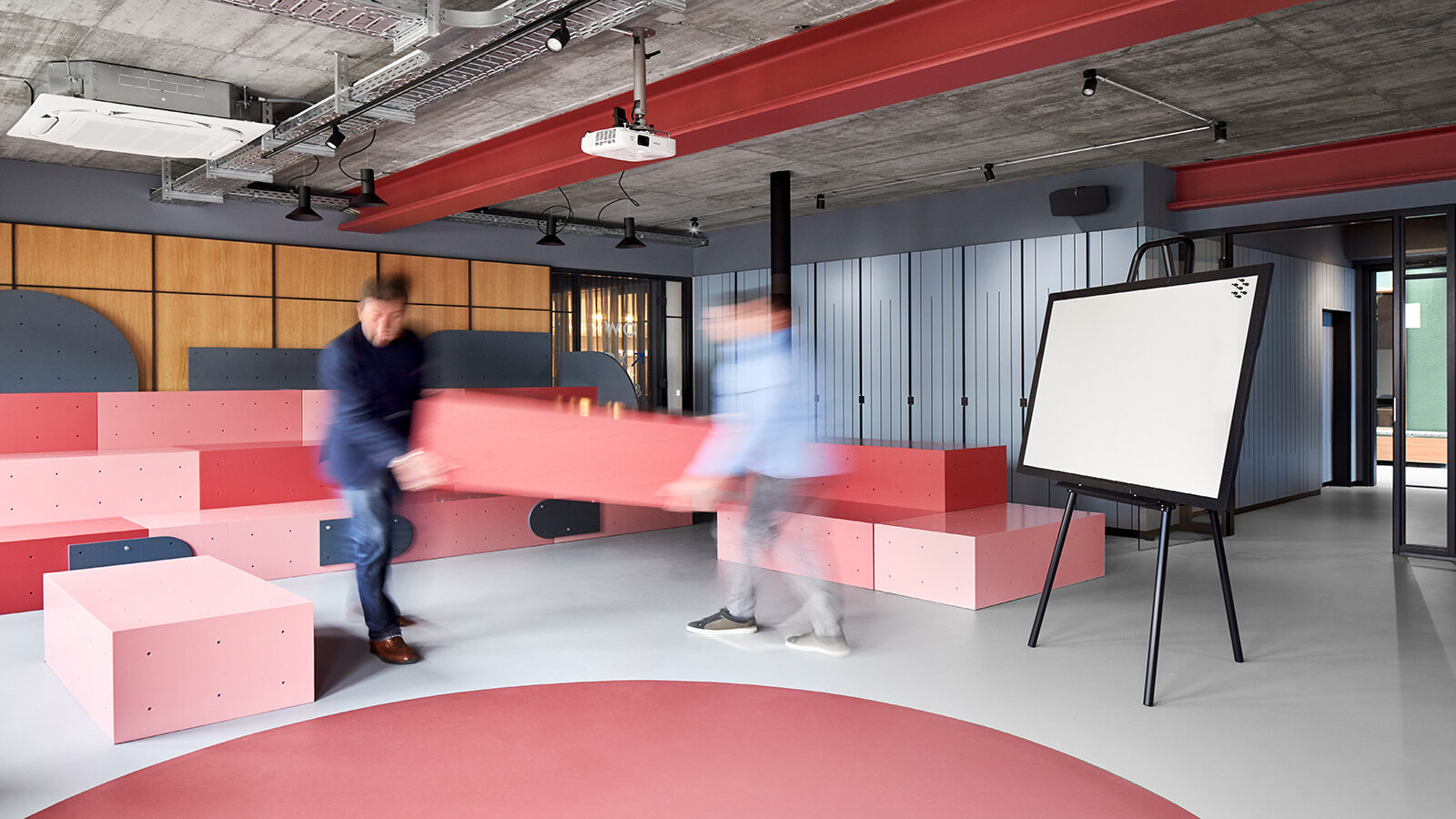 Modular office furniture is far from new. But it takes a measured approach to turn the oft-cited concept of a movable, adaptable working environment into a reality. Studio Komo, a design practice based in Stuttgart, Germany, may have hit the nail on the head, so to speak. “At first glance, everything looks so simple, but to turn simple boxes into a working system requires a bit of a developer mentality,” says co-founder Rene Rauls. 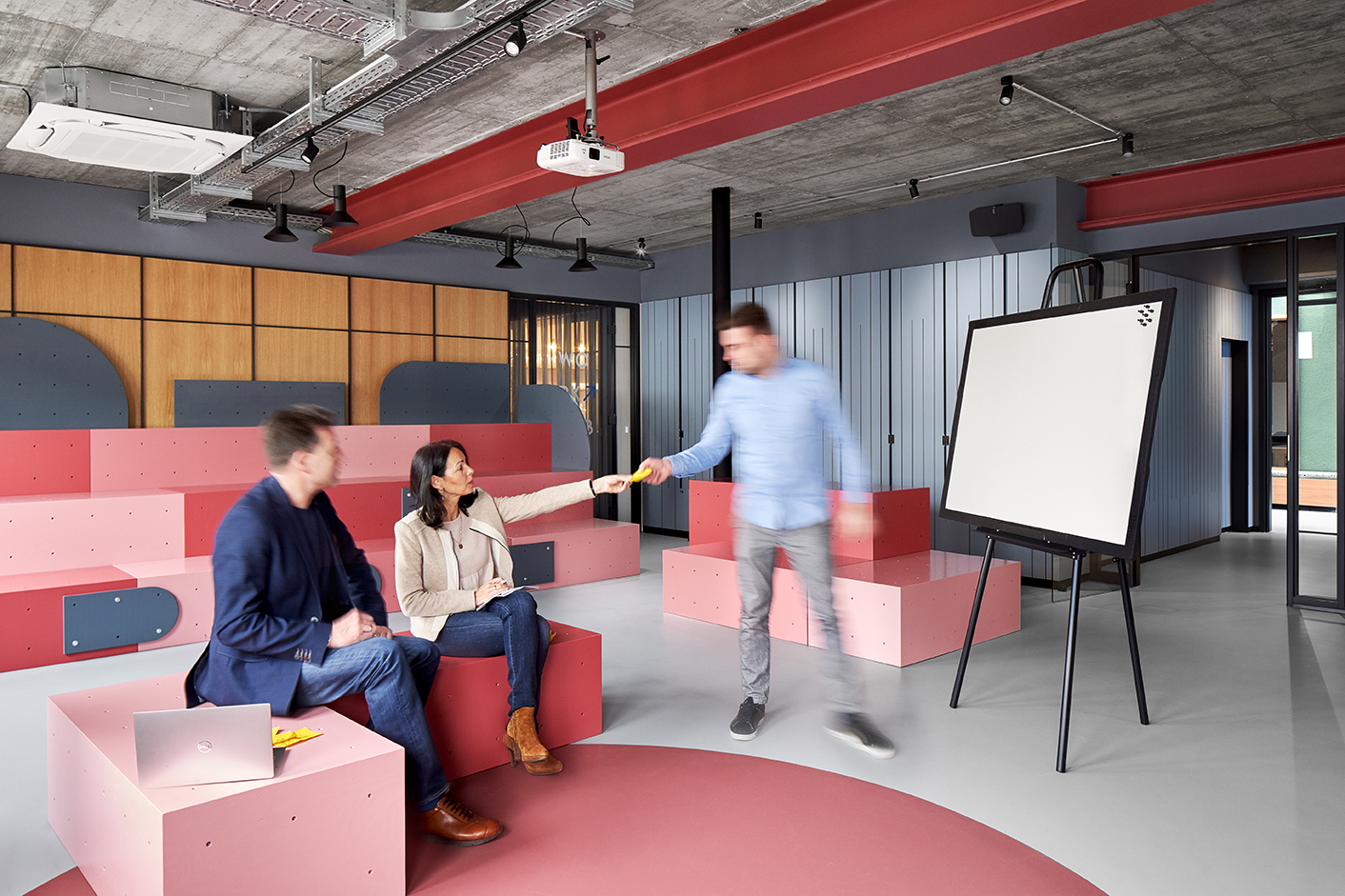 While Studio Komo painted the blocks in striking red and pink tones for Urban Spaces, the system can be custom coloured per project.

Made of 2.1-centimetre-thick pine boards (with a three-millimetre-thick MDF reinforcement to hold weight at the recessed threads), the Komo collection is a reconfigurable system that can be used as amphitheatre seating, a stage or worktables — among other options. The modules themselves are rudimentary wooden cubes — and that’s what makes them special, according to the studio. “It’s one of those ideas where you see it and think, ‘I could have come up with that.’ The details only become apparent at second glance,” says Rauls. 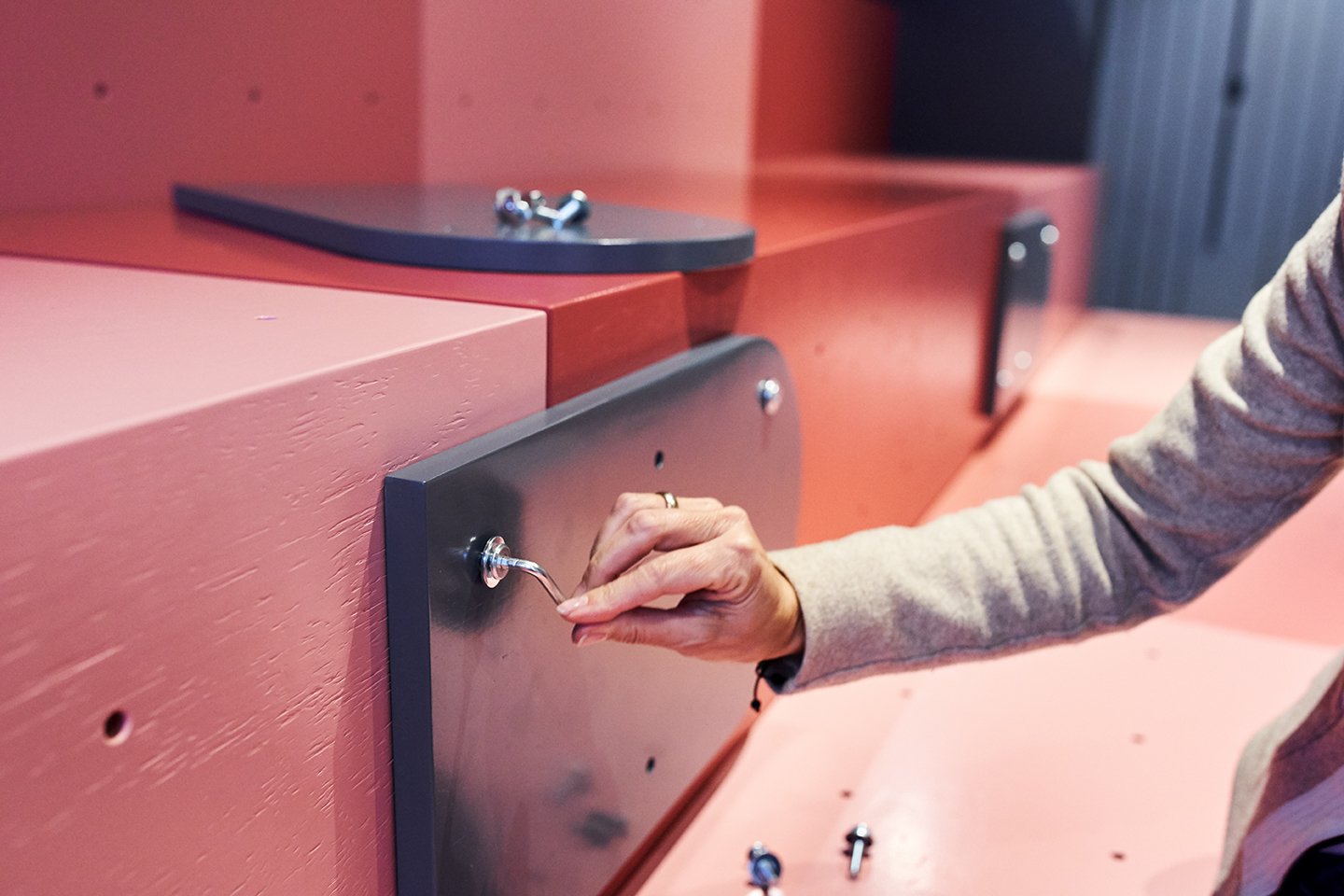 Reminiscent of form ties in a concrete wall, threaded inserts are embedded into five sides of the boxes to hold the volumes together from the exterior; supporting connectors with one semicircular end are easily fastened with a hexagon screw and an Allen key. “Ikea has popularized the Allen key — everyone knows how to use it,” explains the designer. “The idea is that the conversion from one configuration to the next should be simple.” 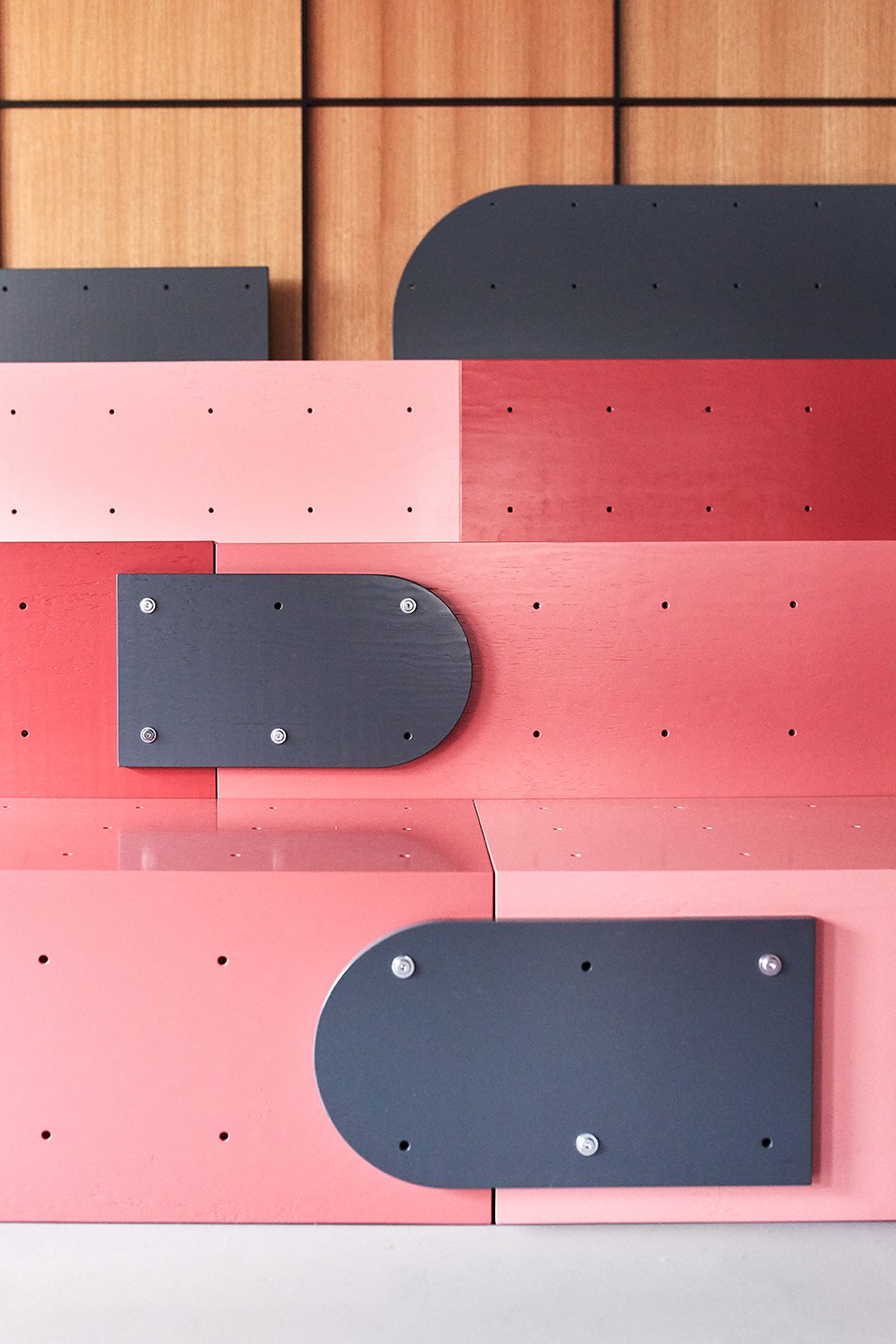 The connector plates can also be used as railings for the back and side edges of the amphitheatre configuration.

Though they don’t look like it, the pieces are actually quite heavy. The largest weighs in at 16 kilograms, which, as Rauls notes, is optimal for two people to transport: “We think the arrangement of the modules could then be part of the teamwork that goes on in an office space,” he says. 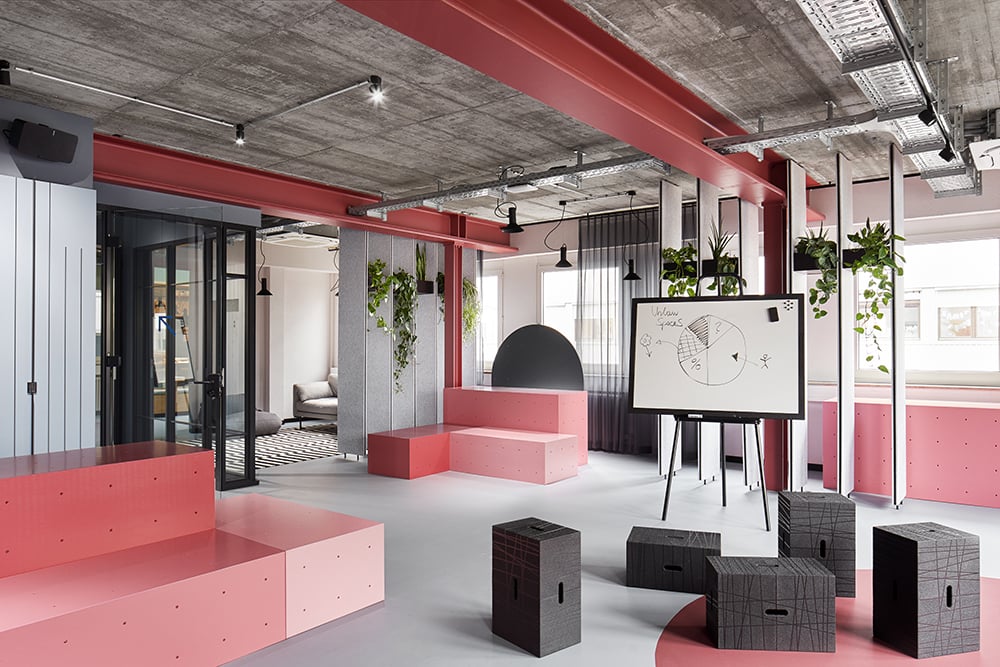 After installing the structures at Urban Spaces, a local co-working office that commissioned a custom arena-like area, Studio Komo received positive feedback and has toyed with the idea of turning the one-off into a commercially available product. “The flexible application possibilities are what they were most surprised by,” recalls Rauls, noting the tailor-made aspect for corporate set-ups. “Many companies are looking for creative environments for their employees. Our system is perfect for that.”