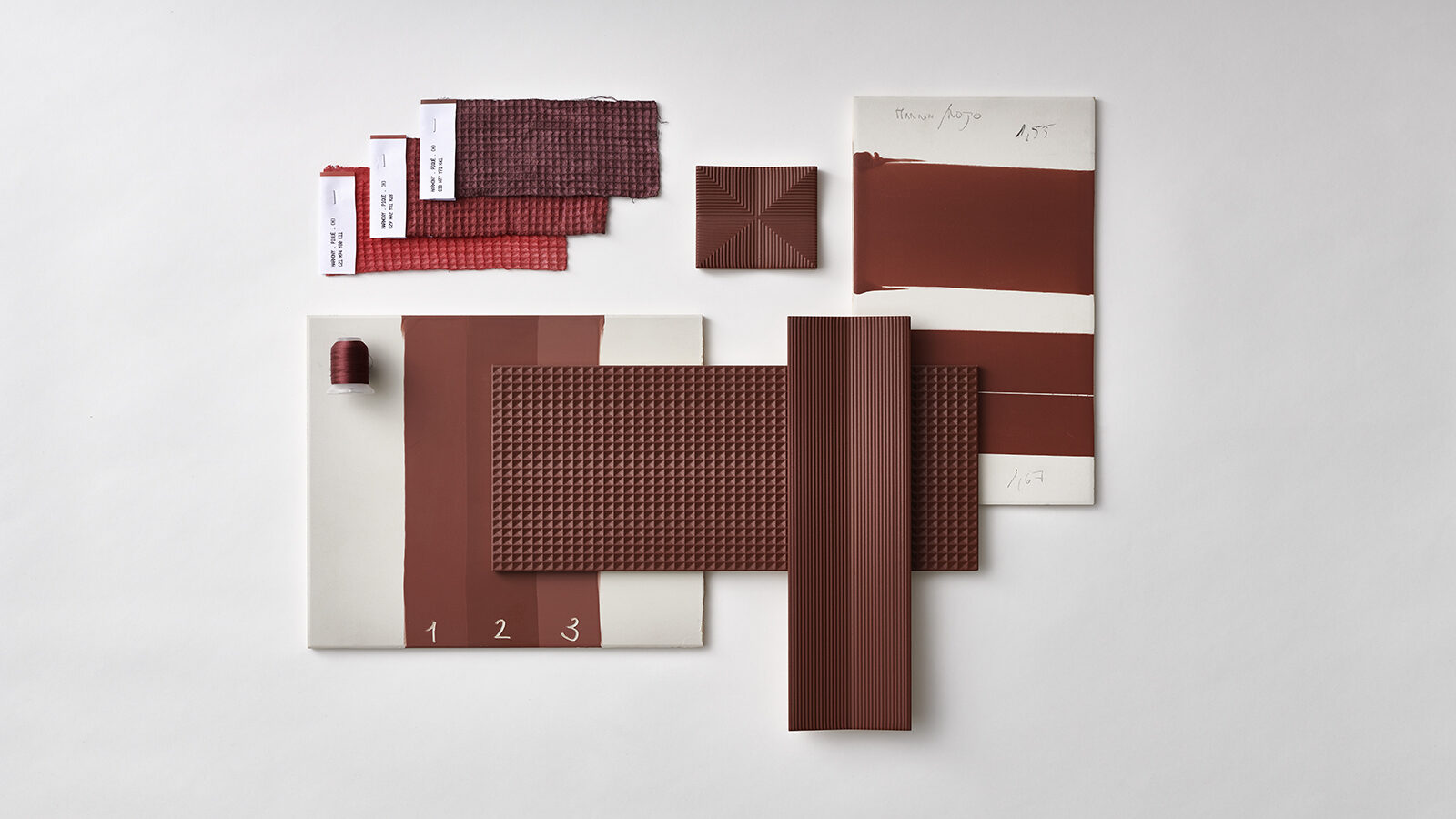 “My inspiration is always based in the sartorial world,” says Spanish designer José Manuel Ferrero. “Even in my interior design work, I play with upholstery.” Raised in the small municipality of Ontinyent in Valencia, known for its booming textile industry, Ferrero developed an interest in fabric production at an early age. After studying design in Castellón and briefly working under famed architect Oscar Tusquets Blanca in Barcelona, Ferrero came back to the city in 2003 to start his own practice, Estudi{H}ac. For his first collection with local manufacturer Harmony, the designer returned to these nostalgic roots, this time in an unexpected material: ceramic tile. 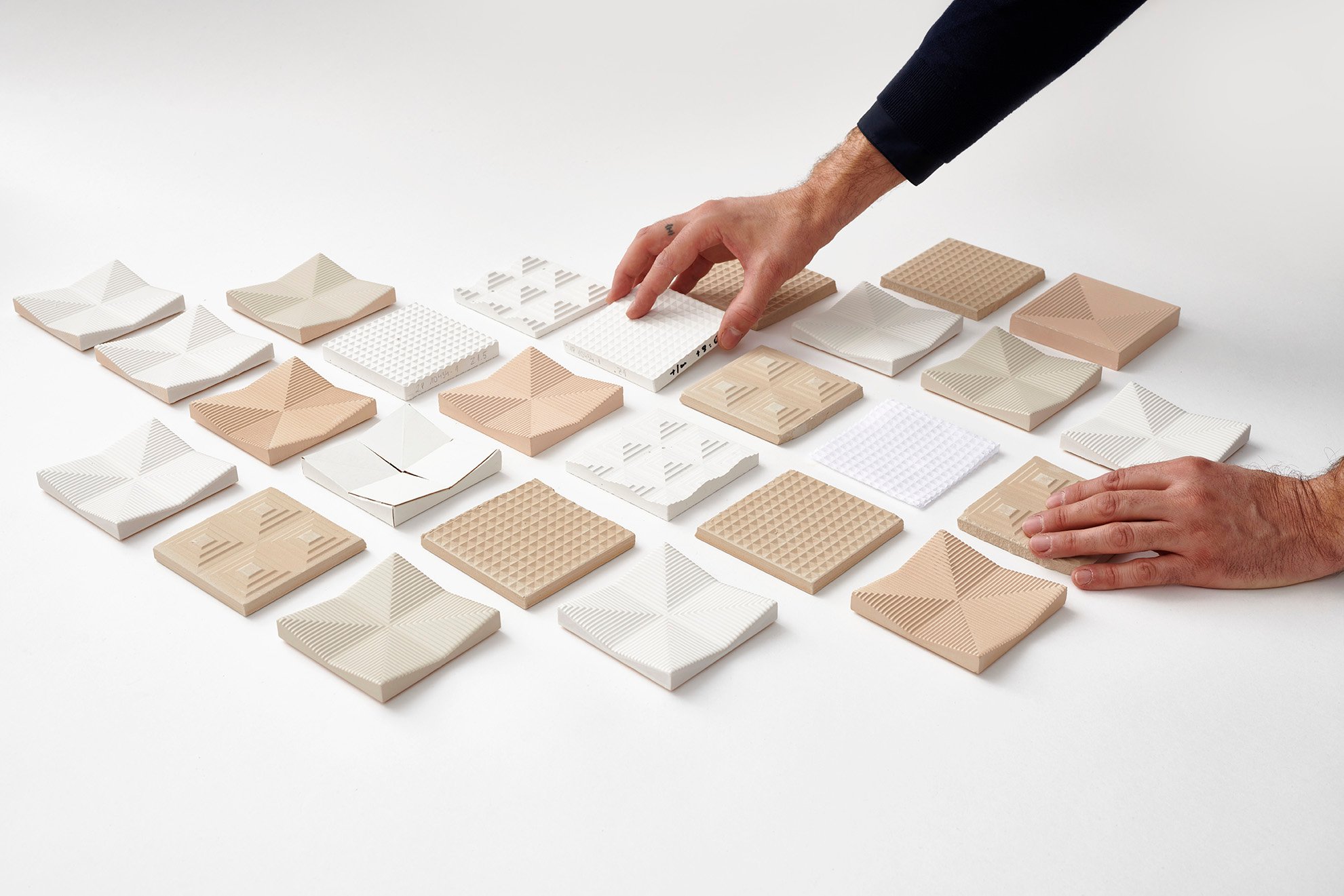 “We discovered a lot about ceramic products and what we can and can’t make,” says Ferrero of the incremental methods used to create the Piqué series.

Entitled Piqué, the line is a nod to the classic cotton fabric of the same name. Dating back to the 18th century, the textile’s weave is characterized by raised parallel cords that give it a signature “waffle” effect. Available in three iterations, the 20-by- 40-centimetre tiles can also be combined with 10-by-40 and 10-centimetre square formats. Piqué 3D is arguably the most intricate of the bunch — marked by an angular, indented pattern inspired by the profile of the fabric’s weft. Meanwhile, Piqué Mosaic rises in a stepped pyramid shape, and Piqué Waffle (which Ferrero calls the “purest” of the bunch) exactingly replicates the perpendicular lines of the traditional cloth. The collection is currently offered in four muted tones — Anthracite, Bordeaux, Sand and White — that draw from an origin similar to the design’s. “Tailors select their fabrics when they create bespoke projects,” Ferrero says. “I like to think I do the same; the fabric wall in a textile shop is a fantastic inspiration for me.” 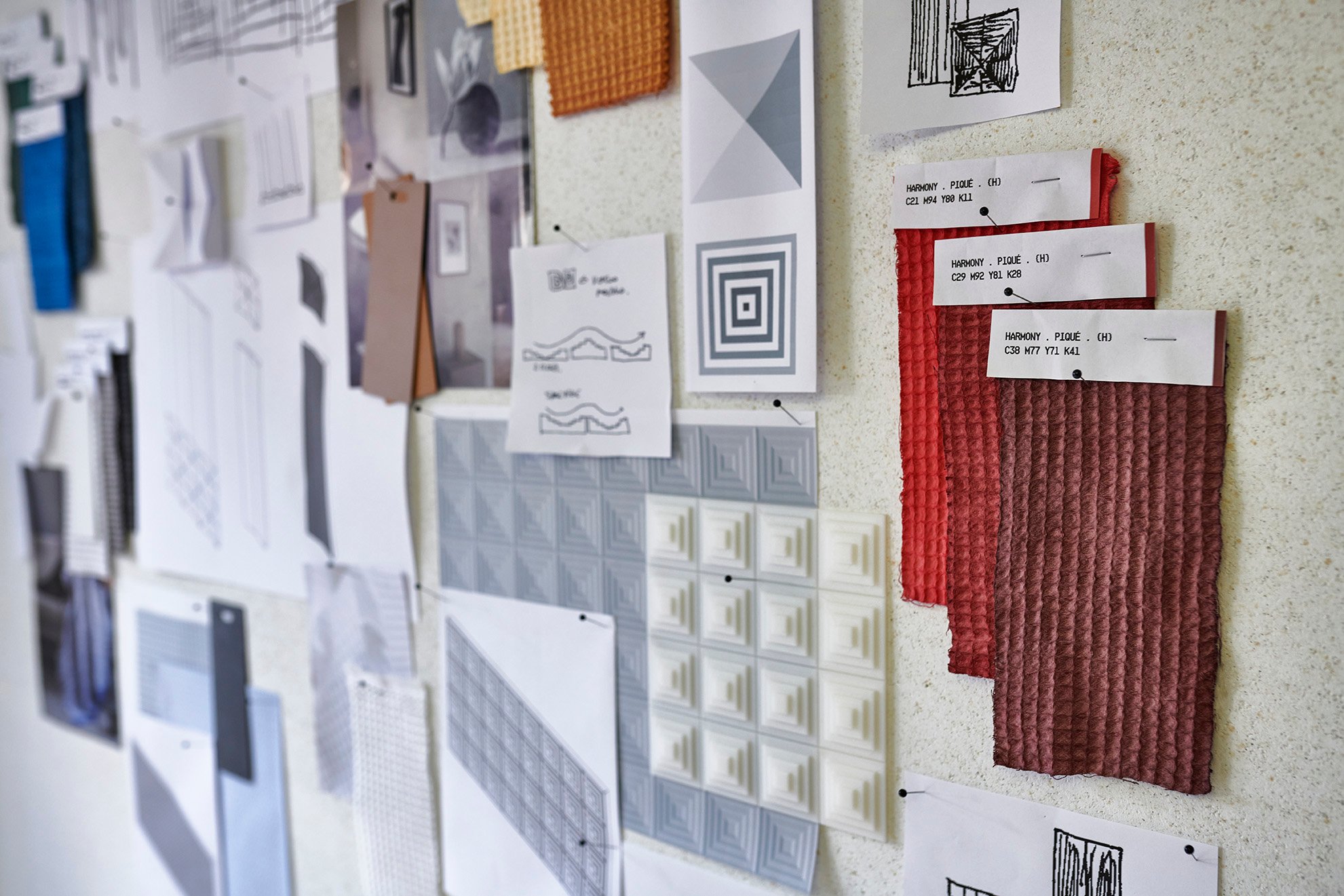 Taking its name and inspiration from the waffle-like piqué fabric, the ceramic wall tiles are offered in four colourways, including the deep red Bordeaux shown here.

To begin the dyeing process, the studio tested colours on woven swatches before experimenting with glazes for the tiles. “With ceramics, the hot temperatures change the colours,” Ferrero explains. “We had to check a lot of samples.” Piqué Mosaic was also designed so that colour could be introduced to the joints, creating a pattern with additional hue combinations that will be soon be expanded with two new “trendier and more casual” shades. 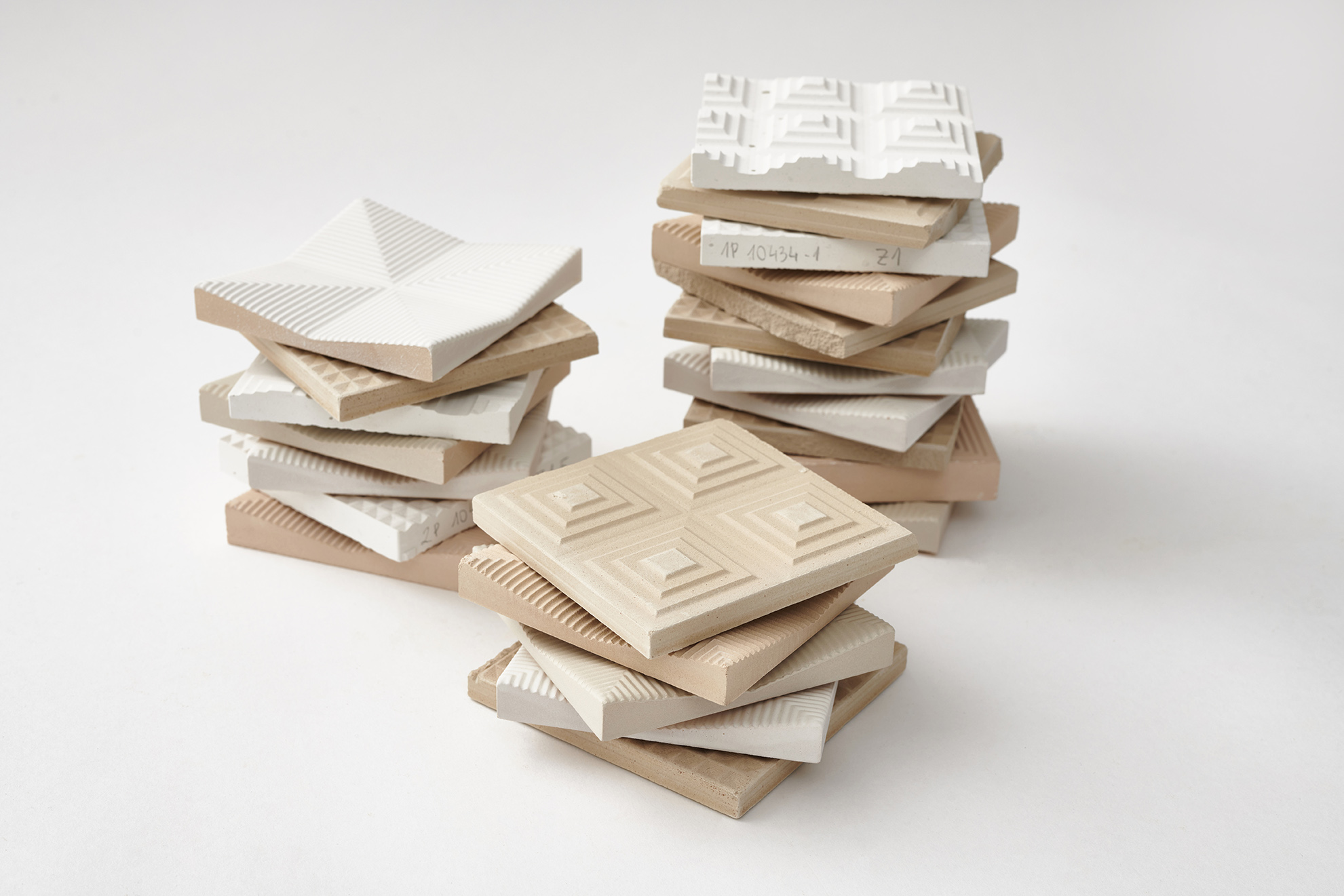 To achieve the design’s unique qualities, José Manuel Ferrero broke down the linear geometry of the textile grid into three distinct patterns.

Beyond these aesthetic considerations, Ferrero was especially concerned with the emotions evoked by his inaugural ceramic range, which recalls the cozy, cocooning effect of a warm blanket. “It’s a feeling that takes over,” he says of the deliberate tactile quality, “a certain warmth.”