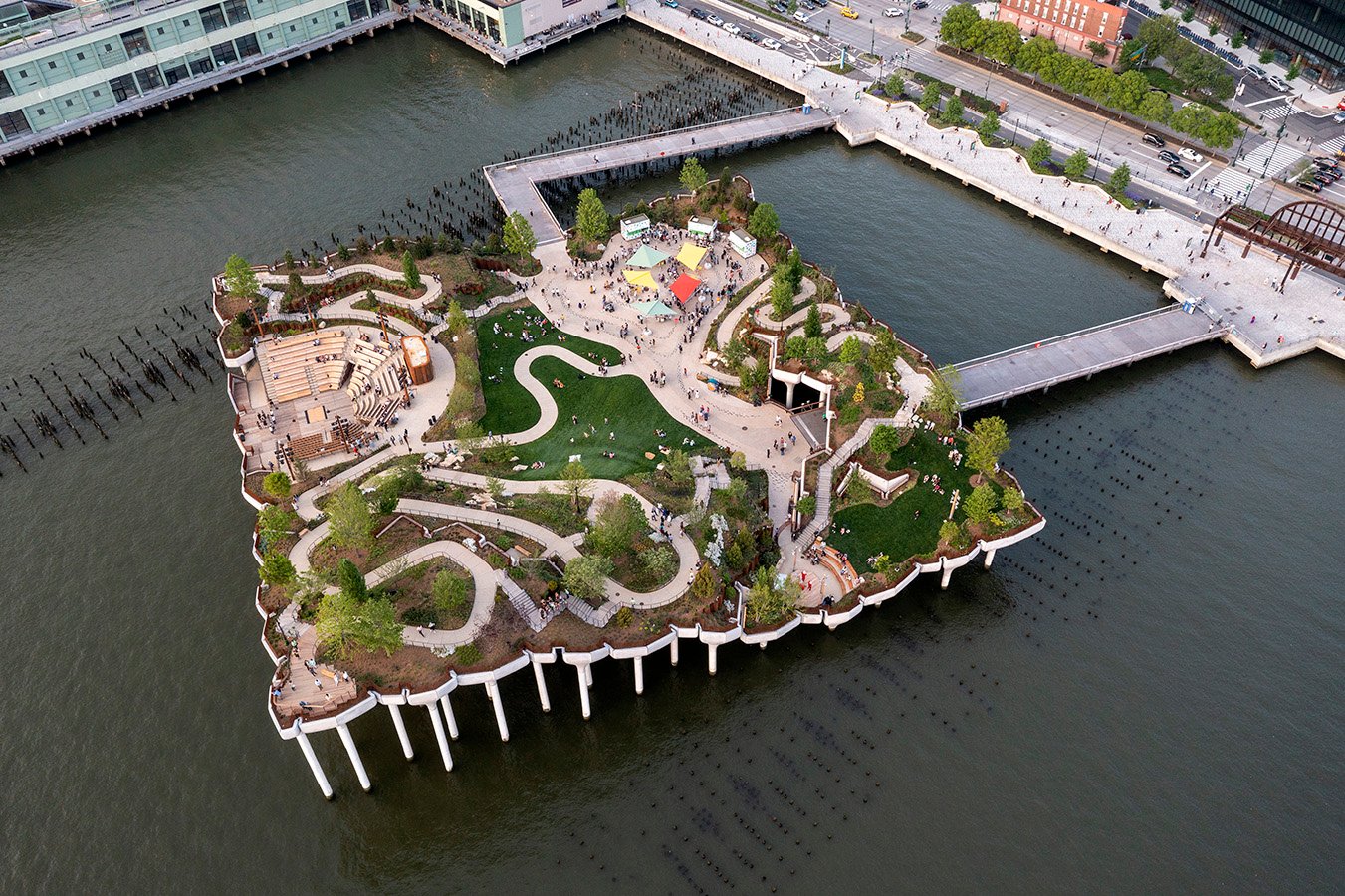 Thomas Heatherwick’s new public park is a staggering technical feat. Will it be a longterm success?

Little Island’s reputation has long preceded it. Announced in 2014 with visualizations of a seemingly fantastical folly, the Hudson River’s new Pier 55 was almost immediately wrapped up in controversy over its funding by billionaire Barry Diller. Later, as the structure began to mushroom from the water during its more than five years of construction — 132 concrete piles showing off their faceted tulip heads — another marvel by London’s Heatherwick Studio was polarizing New Yorkers. The Vessel, which now faces an uncertain fate, became an emblem of the massive Hudson Yards development and the ongoing privatization of the city’s public domain. 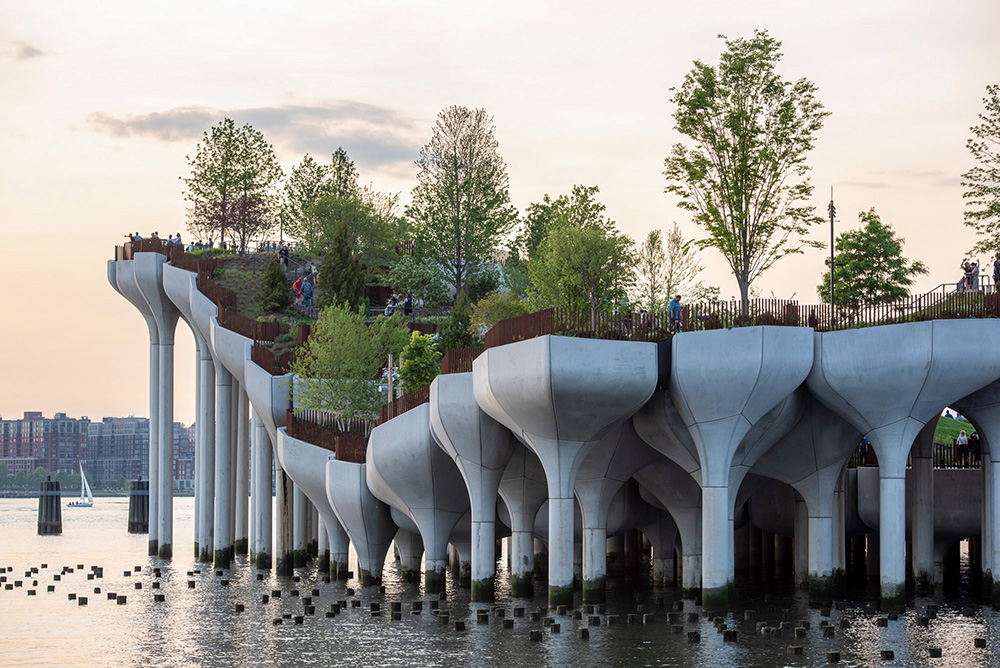 The undulating landscape’s tulip-like “pots” were fabricated locally and engineered to support approximately 400 species of plants in total.

While Little Island has also garnered its admirers and detractors, it’s an undeniable and staggering feat of engineering. It celebrates the structural and aesthetic capacity of the humble pier pile, historically hewn from wood, by turning it into the main attraction. Some of the prefab columns were driven down into rock as deep as 61 metres below the water.

“The engineering and the architecture are symbiotic — everything you see is structurally critical to hold the pier,” says Mat Cash, partner and group leader at Heatherwick Studio. “Interestingly, we were most nervous about the end piles, which are the tallest,” he explains. “But what actually happens is that they give their load to the next pile down, and then those ones give their load to the next. All of the stress is transferred to the very heart of the pier, where the shortest ones are.” 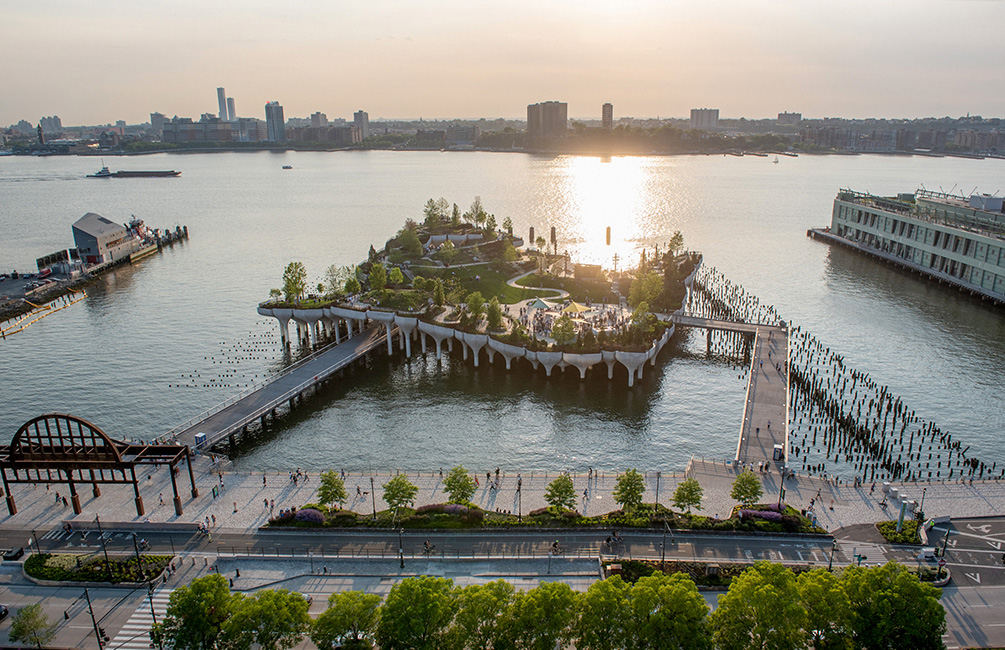 The varying heights of the piles, which support between 250 and 350 tonnes, are what give Little Island its most alluring character on the ground and from above: an undulating topography that resembles a magic carpet unfurled in mid-air. The landscape’s dips and crests allow more natural light onto the surface of the water, which nurtures existing plant species and fish, and provide hidden nooks and crannies above, making the 11,000-square-metre plot feel more spatially complex.

Around a series of winding paths, parks and venues — including boulder scrambles, verdant hills and a 700-seat amphitheatre — landscape architect Signe Nielsen of MNLA has curated a lush assortment of trees, shrubs, grasses and perennials. Another notable achievement: Engineering firm Arup allowed for the perfectly calibrated position of plantings by providing weight limits for each six-metre-diameter “pot.” 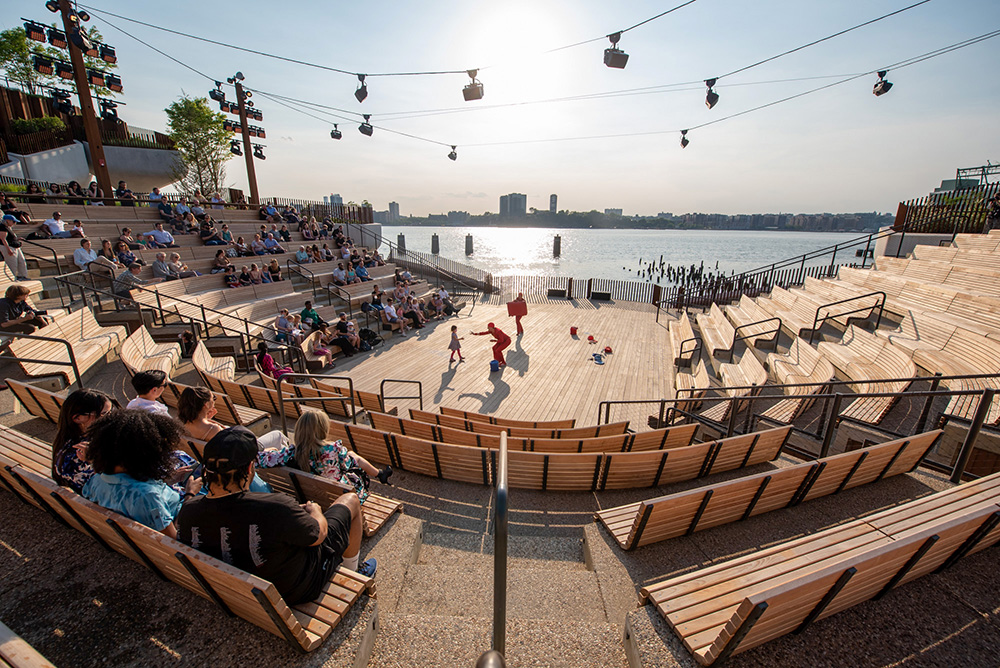 Little Island’s more than 545 metres of winding pathways lead to a generous amphitheatre that can seat 700 visitors overlooking the Hudson River.

As a public space, Little Island follows in the footsteps of the High Line. It wrests more area for the inhabitants of one of the world’s densest cities and is sure to be a delight for tourists. But is it disconnected from actual New Yorkers? If the design is perfectly controlled, remaining faithful to those first renderings, the experience is just as preordained: No dogs, bikes or scooters are allowed (exceptions are made for canines assisting patrons, as well as for other mobility aids), a reservation is required for entry after noon, and entrance and egress routes are via two walkways. 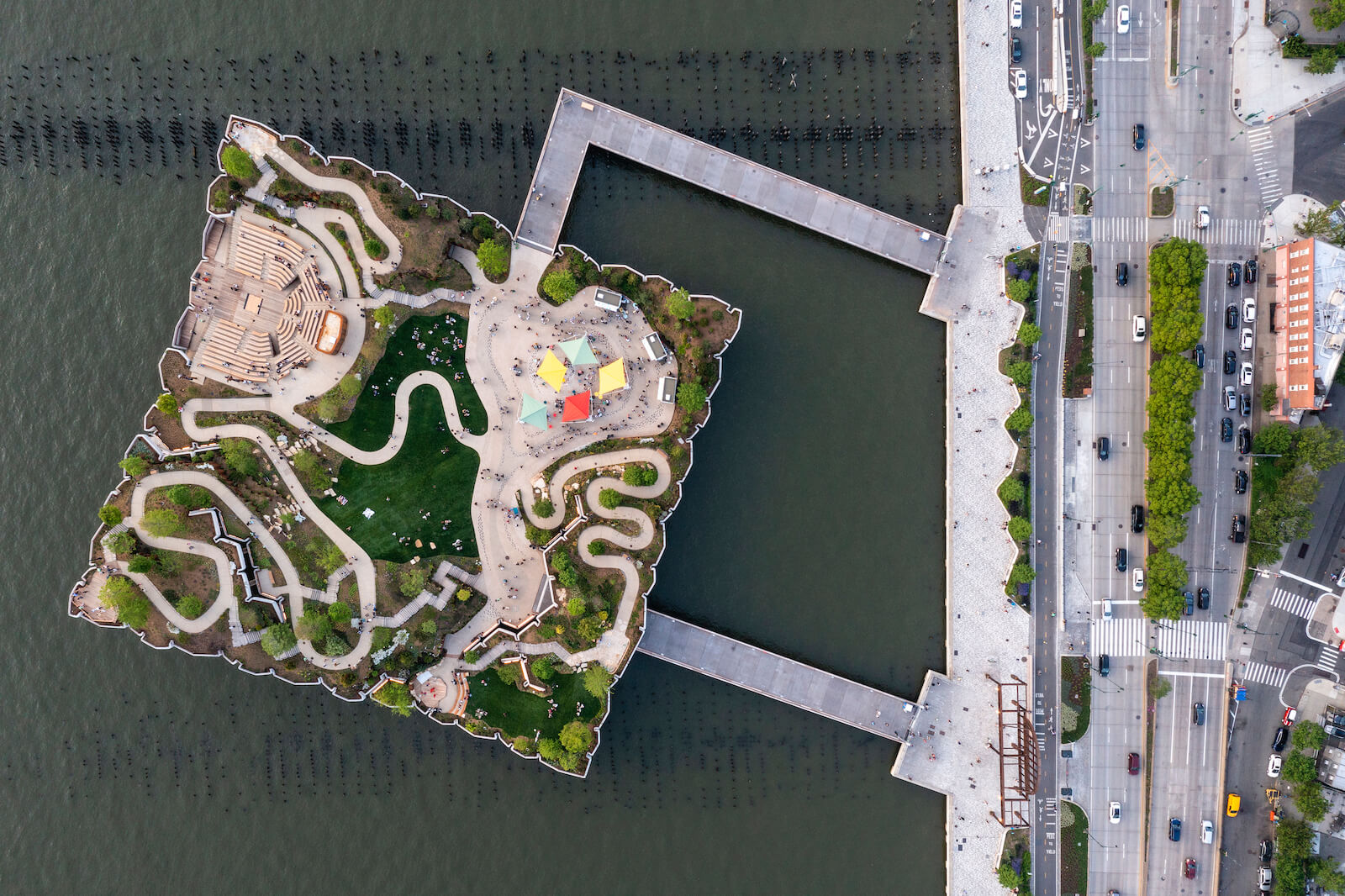 Still, like the High Line — without which much of what is being built on Manhattan’s West Side might never have been realized (including Lantern House, another recently finished Heatherwick project) — Little Island has charms that even locals will perhaps warm to with time. “For me, the success of the pier is judged by the public’s use, how they engage with it and how they view it,” Cash adds. “We’ll need to look at that in the years to come to ask: Is it well loved? Is it used? Have people enjoyed their time there? Has it given them retreat from the city? If the answer is yes, that’s all we — as a design studio — can look to achieve.”

Thomas Heatherwick’s new public park is a staggering technical feat. Will it be a longterm success?