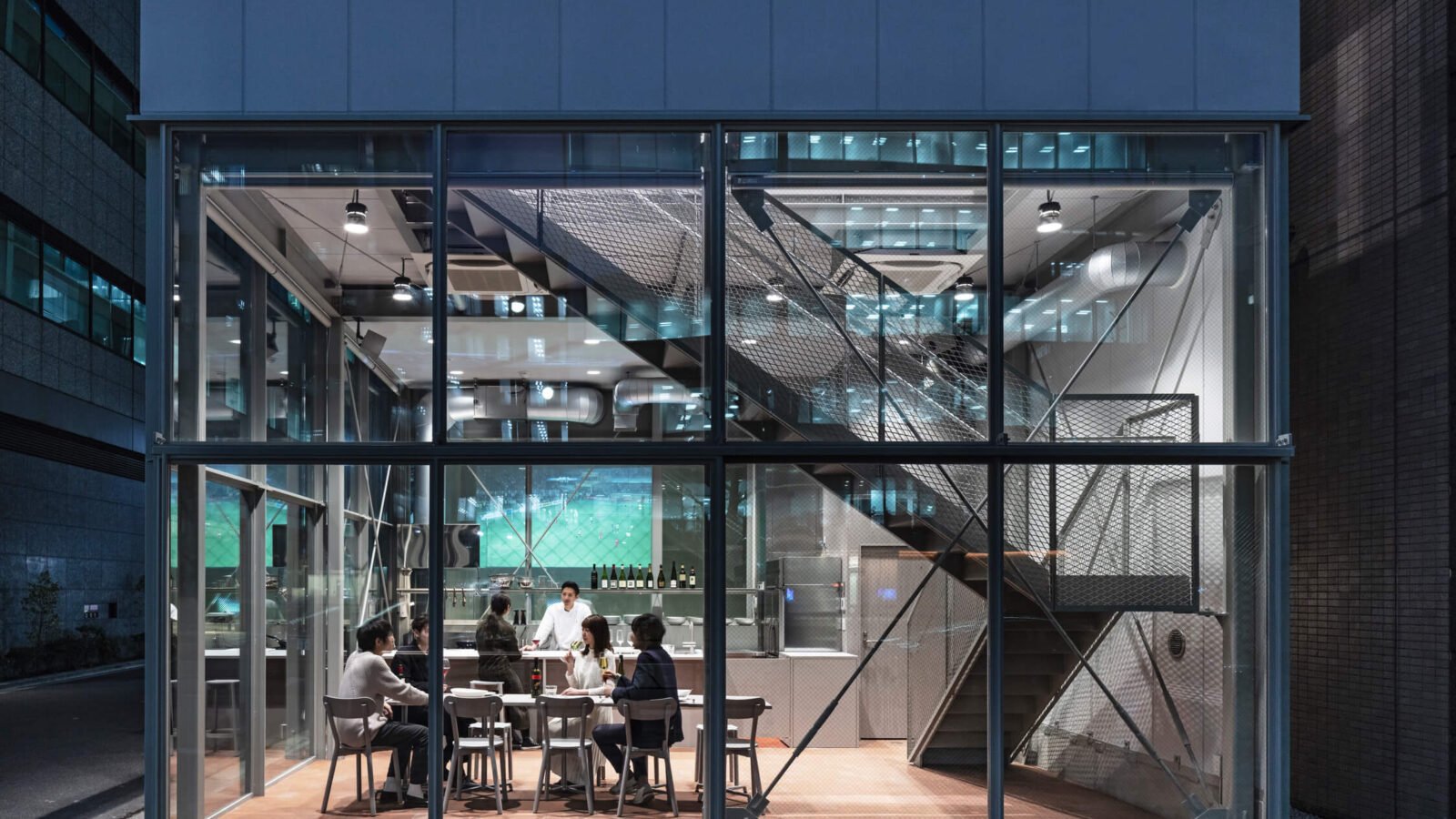 In high-density cities like Tokyo, London and Hong Kong, where the square footage of studio apartments is more akin to that of walk-in closets, the co-sharing lifestyle offers a clever solution for those living in small spaces.

Just as a freelancer without room for a home office might lease a desk in a co-working space, home cooks and budding chefs are now renting well-appointed shared kitchens to throw family-style dinner parties or experiment with new recipes.

Principal architect Jo Nagasaka considered how the steel volume, wedged between towering buildings, would be interpreted from different perspectives. “The building is small and humorous when viewed from a distance,” he says. “However, because the ceiling is high, it feels much larger when seen up close. I thought those gaps were interesting.” 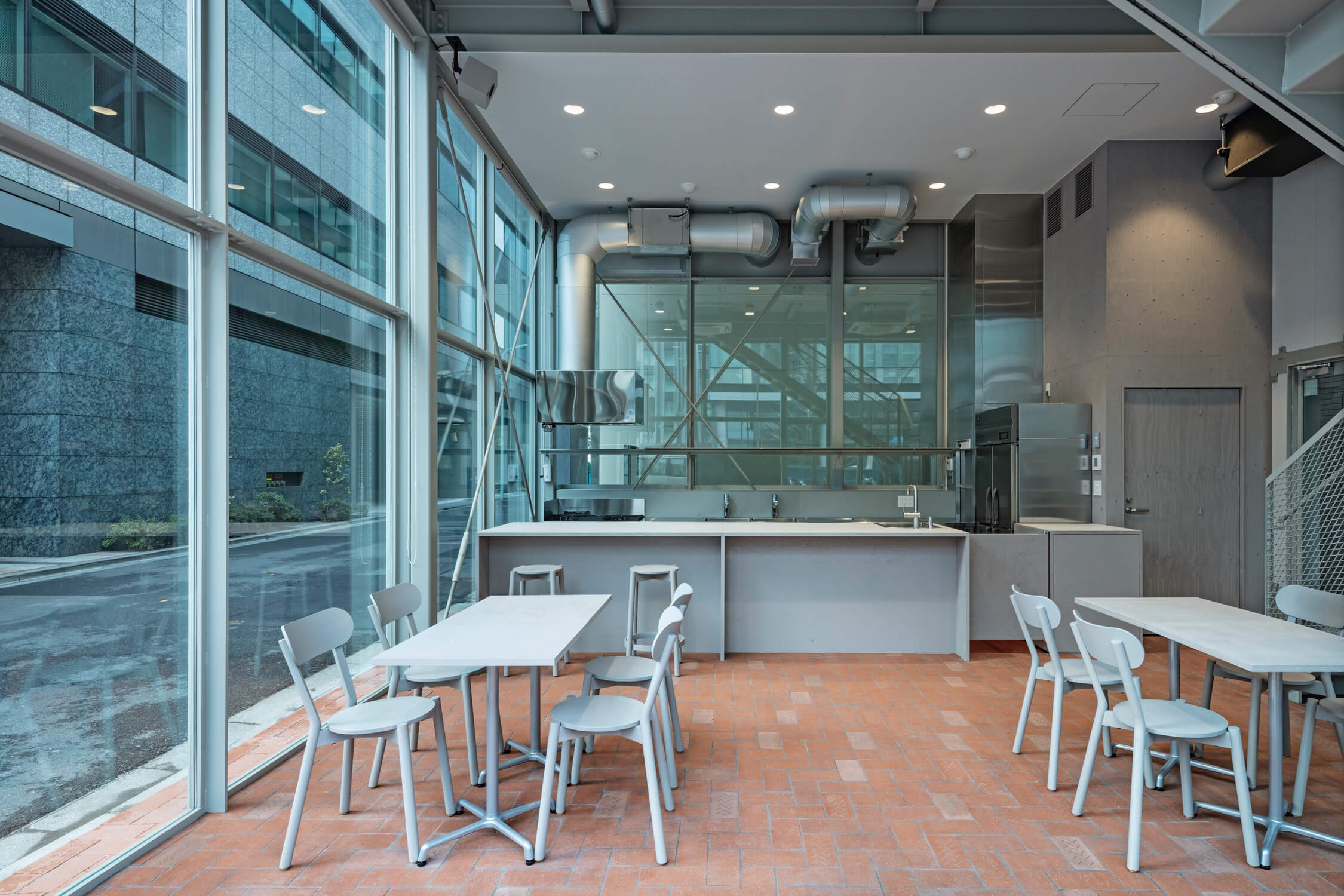 Essentially a glass box from the outside, a co-share kitchen by Tokyo’s Schemata Architects has a simple cement-grey and red-brick interior that echoes its urban surroundings.

Nagasaka purposefully kept the interior minimal, using a stark grey palette and simple furnishings so that “changes in content were clearly shown.” Features like an expanded-metal banister on the L-shaped staircase, lightweight autoclaved concrete wall cladding and red brick flooring riff on the surrounding built environment.

“In order to create a place for people to interact, I tried to create relationships between the outside and inside as much as possible,” says Nagasaka. On the main level, the disproportionately large sliding glass door and the red-brick flooring (a continuation of the sidewalk material, which has since been replaced) blur the line between interior and exterior, while a small ledge on the back of the building is a compact perch for al fresco drinks.

The owner of Kitchen Studio Suiba also owns the adjacent buildings and could potentially develop the site in the future. But in the meantime, the small cubic kitchen offers a space for Tokyoites to host dinners and private events and for local businesses to throw corporate parties and conferences. With the main floor clad in glass, Kitchen Studio Suiba is like an illuminated cube punctuating the street in the evenings, coaxing passersby to take a peek at the revelry inside.