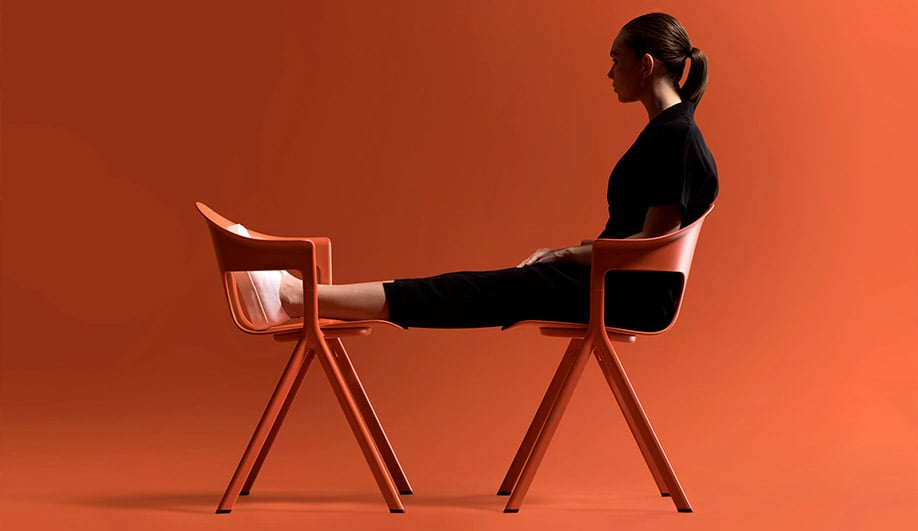 For decades London has assumed a position as the prime meridian for trends and tech, a funnel for international design perspectives and ideas. It is the place where stars are born, and new products by ever-persuasive brands unveiled. Yet, unlike the grand dame of design fairs in Milan, the London Design Festival has less to do with big manufacturers launching collections. It leans more toward experimentation, investigation, entrepreneurism and new raw talent.

Locals and visitors alike have argued that London has surpassed Milan’s annual Salone del Mobile as the most influential trade show in the field Milan itself pioneered. Festival organizers say LDF is worth £80 million (approximately CAD$129 million) to the city annually.

Yet as Milan has proven, success across many hectares can be difficult to orchestrate in a coherent way. For the past few years, as LDF has grown and evolved (with 400 events, it now covers more geographic area than Milan), the changes have introduced confusion for regulars and opacity for newcomers.

The inclusion of nine disparate neighbourhoods and new anchor-venues, exciting programmes and enthusiastic programmers, attracted more talent but demanded more time. London’s legion of established designers – the Tom Dixons and Faye Toogoods and Barber Osgerbys – spread themselves thin. If you missed your train to Olympia for 100% Design, you’d be late to catch that installation by Ross Lovegrove at the V&A Museum and may never get to the Shoreditch Design Triangle at all. 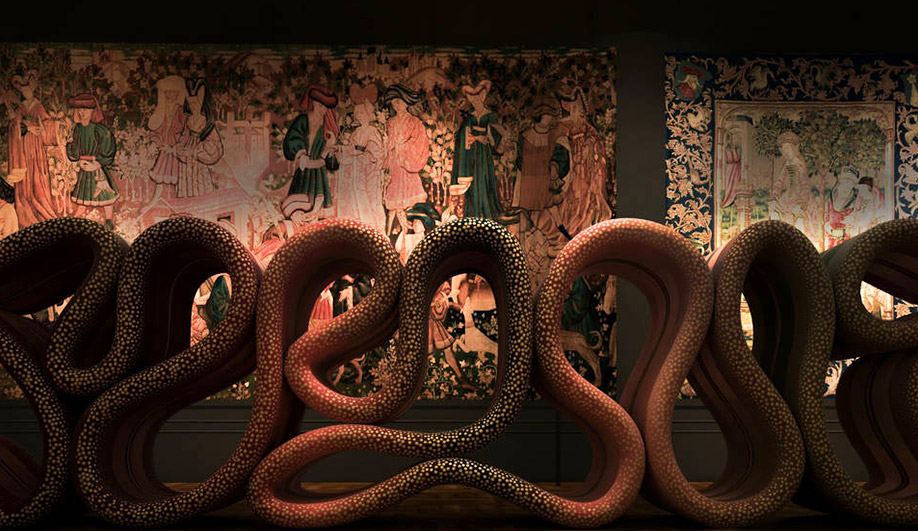 At the V&A, Ross Lovegrove’s Transmission – 21.3-metres of folded material

Then, last year, the U.K. voted to discard its European Union membership. In an instant it became clear London had been spoiled rotten all these years. No one can predict how Brexit will affect creative industries in the U.K., currently reported to contribute £84 billion annually to the economy. Though a committee of British MPs have found applications to U.K. universities by EU citizens to be down 7 per cent, and the Council for Higher Education in Art and Design has warned design schools will suffer a brain drain.

It’s no surprise many of the flagship projects on this year’s schedule feature safe havens. Sam Jacob’s Urban Cabin, a mini-house concept going up on the south bank of the Thames, will feature windows, mirrors, fragrant wood and a hammock to encourage rest and contemplation between venues. 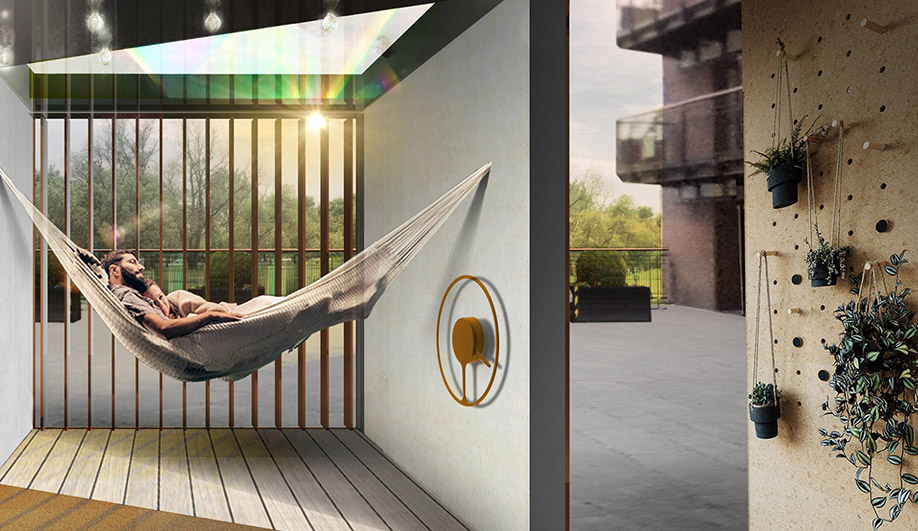 While We Wait, a sculptural tower at the V&A Museum, incorporating Palestinian limestone bricks designed by brothers Elias and Yousef Anastas, is meant as a place for meditation. Based on a valley located between the West Bank and Jerusalem, the installation explores issues surrounding the building of a wall in the middle of a valley, which separates a monastery from the local community. 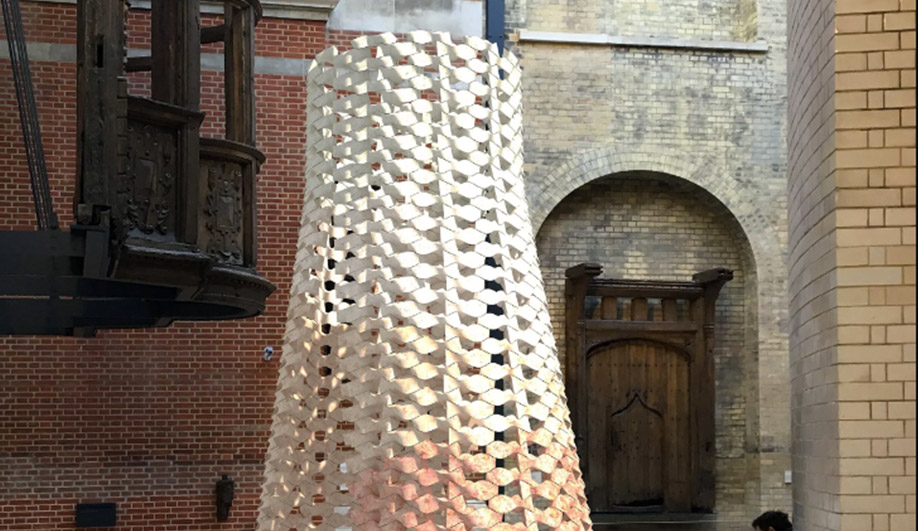 While We Wait, which incorporates Palestinian limestone bricks, is the work of brothers Elias and Yousef Anastas.

Meanwhile, Building-Block Castle by the London colourist Camille Walala, in collaboration with British Land, has flexible walls like a bouncy castle to help visitors let off steam. 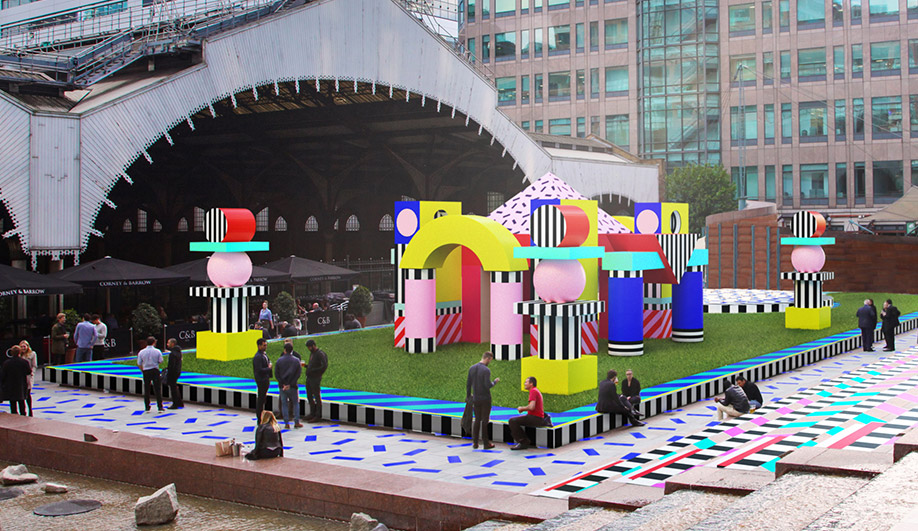 There is also an intriguing boundary-pushing group show of some 30 talents on view at Somerset House this year, called Design Frontiers. The display includes local designer Benjamin Hubert’s Axyl chair made of recycled aluminum. 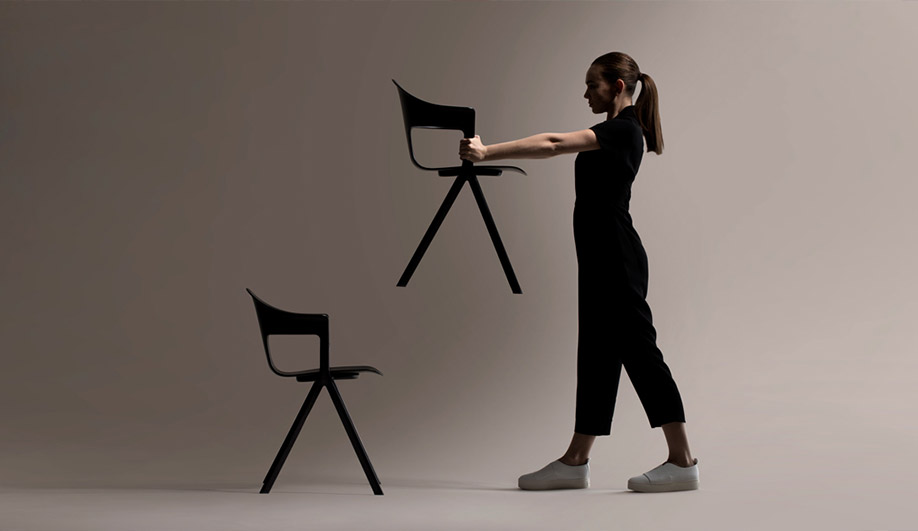 Even if overseas students aren’t eventually spurned, even if European students are aggressively lured over the Channel, there’s a pervasive feeling among young, as-of-yet unskilled foreigners that they are, if not unwanted, then wanted conditionally. According to The Guardian, European students and young professionals in the U.K. are feeling hostility and betrayal amid talk of new ID-card and fingerprint registers, shorter work permits and income requirements. The more pervasive feeling is that Britain has scuppered its status as a hub for talent. And money.

Let’s hope this year’s contenders illustrate how misguided that vote was. If this is London’s last hurrah, or the beginning of the end for its design dominance, let’s hope it goes out with a roar.

The 15th edition of the London Design Festival begins September 16 and runs until September 24, 2017