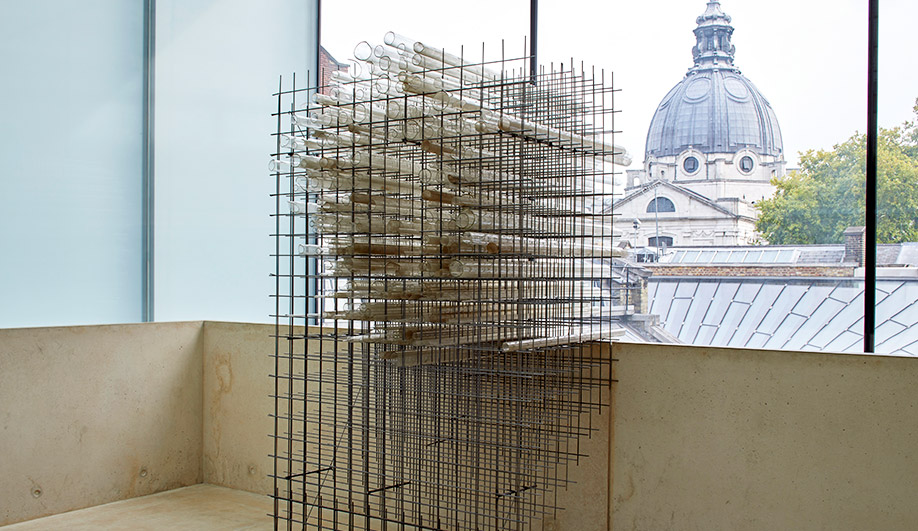 On the matrix of international design festivals, London sits between technology and innovation. Sure, it maintains an open-door policy for brands hoping to spotlight their latest 2.0, but it garners most attention for concepts and prototypes.

And yet, this is London, whose very fabric is layered with historical context. References to quainter times are hard to avoid. No venue takes better advantage of the London Design Festival’s anachronistic framework than the Victoria & Albert Museum. This week you might bump into the museum’s 30-year-old engineering resident, Julian Melchiorri, discussing Exhale, his “bionic chandelier” that hangs outside the Sackler Courtyard. 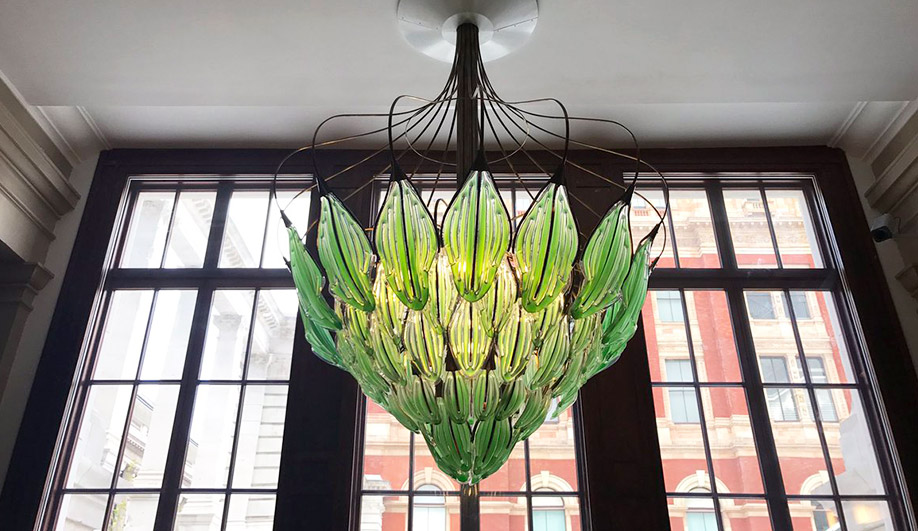 An homage to Italian modernist glass lighting, Exhale absorbs carbon dioxide from the air (five grams a day), filters it through 70 transparent “leaves” filled with algae, and exhales oxygen back into the air. Melchiorri says the form was “passively influenced” by art nouveau and Islamic motifs, “but the form follows through the function like the Italian masters. The journey of the branches bringing the nutrients give it shape.”

The exhibition highlights, simply by nature of their surroundings, must take into account a long history of decorative arts and design. To test the durability and suppleness of Alcantara, the resilient engineered suede textile, Ross Lovegrove designed a sinuous 21-metre upholstered sculpture influenced by the 15th-century tapestries running the length of the gallery. 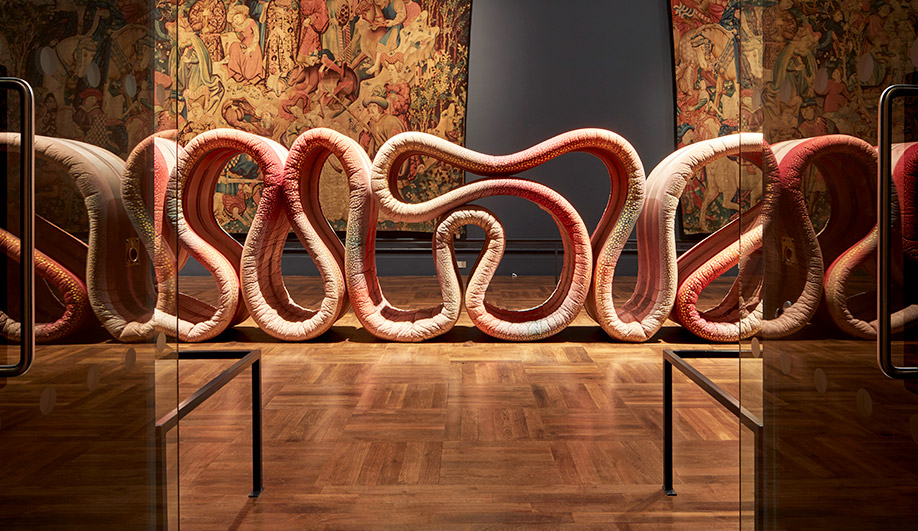 Ross Lovegrove’s installation is made of Alcantara, a resilient suede textile. Photo by Edmund Sumner

The room opens onto a warren where the museum keeps its collection of opera costumes – and where stage designer (and London Design Medal-winner) Es Devlin installed her fantastical sets from a recent stage production of Carmen. 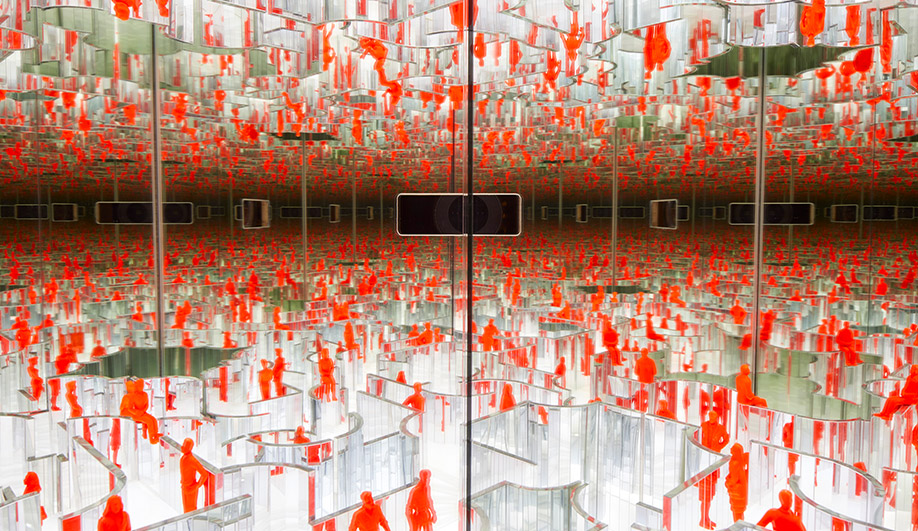 There are long, Louvre-esque corridors studded with columns or surfaced with Victorian latticework, and when you spot a crowd at the far end, they might be herded around the prismatic tunnels of contemporary Czech glassmaker Petr Stanicky, or circling a guide leading a Black Heritage tour. 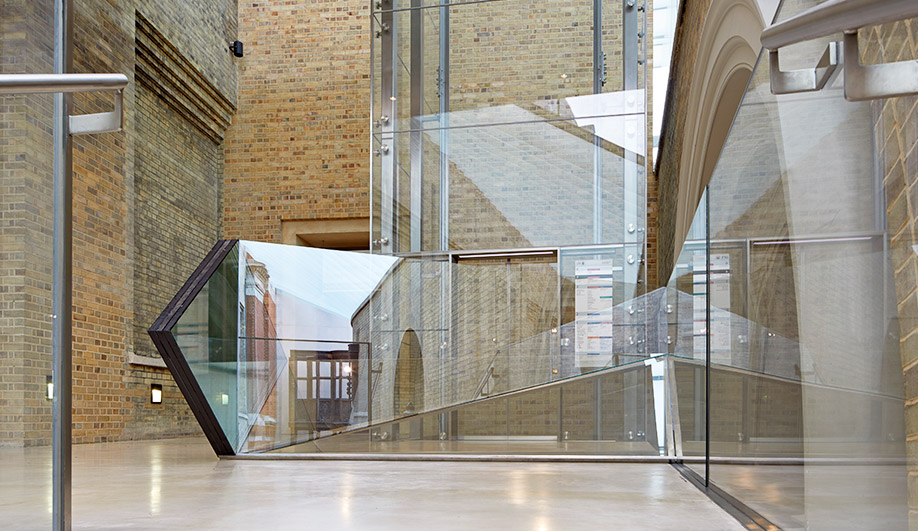 One of glass artist Petr Stanicky’s architectural interventions at the V&A. Photo by Edmund Sumner

And if you make it to the top floor, you’ll cross a gallery replete with ceramics from every era in history. Running through its centre is the latest work of resident ceramicist Lubna Chowdhary, whose delicate replicas of household items distill aesthetic elements from European and Asian traditions and underpin their divergent practices. 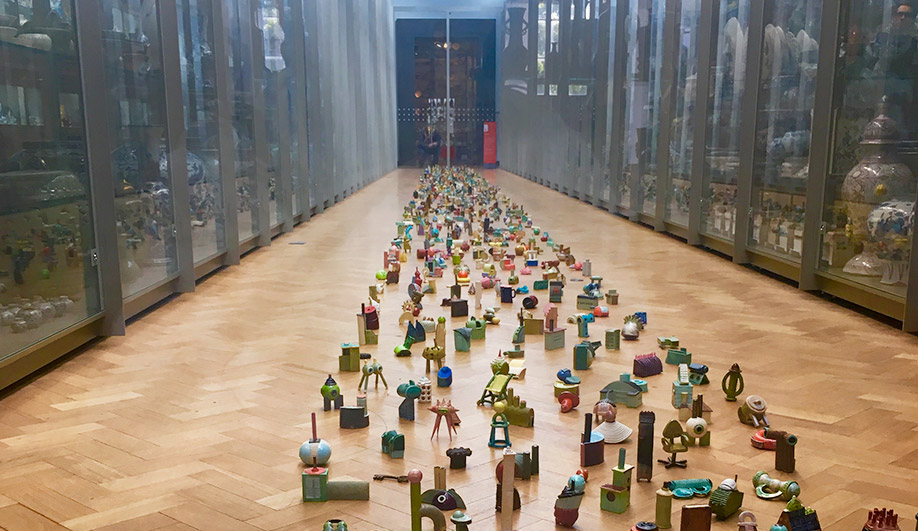 Up here on the sixth floor, “Metropolis” and other Chowdhary works, constructed, she says, like the components of a men’s dress shirt, are quietly technical but astonishingly pretty. It’s the sort of show you can miss amid the flashing lights down below. But it’s a logical step in the V&A timeline, a toehold in two worlds.