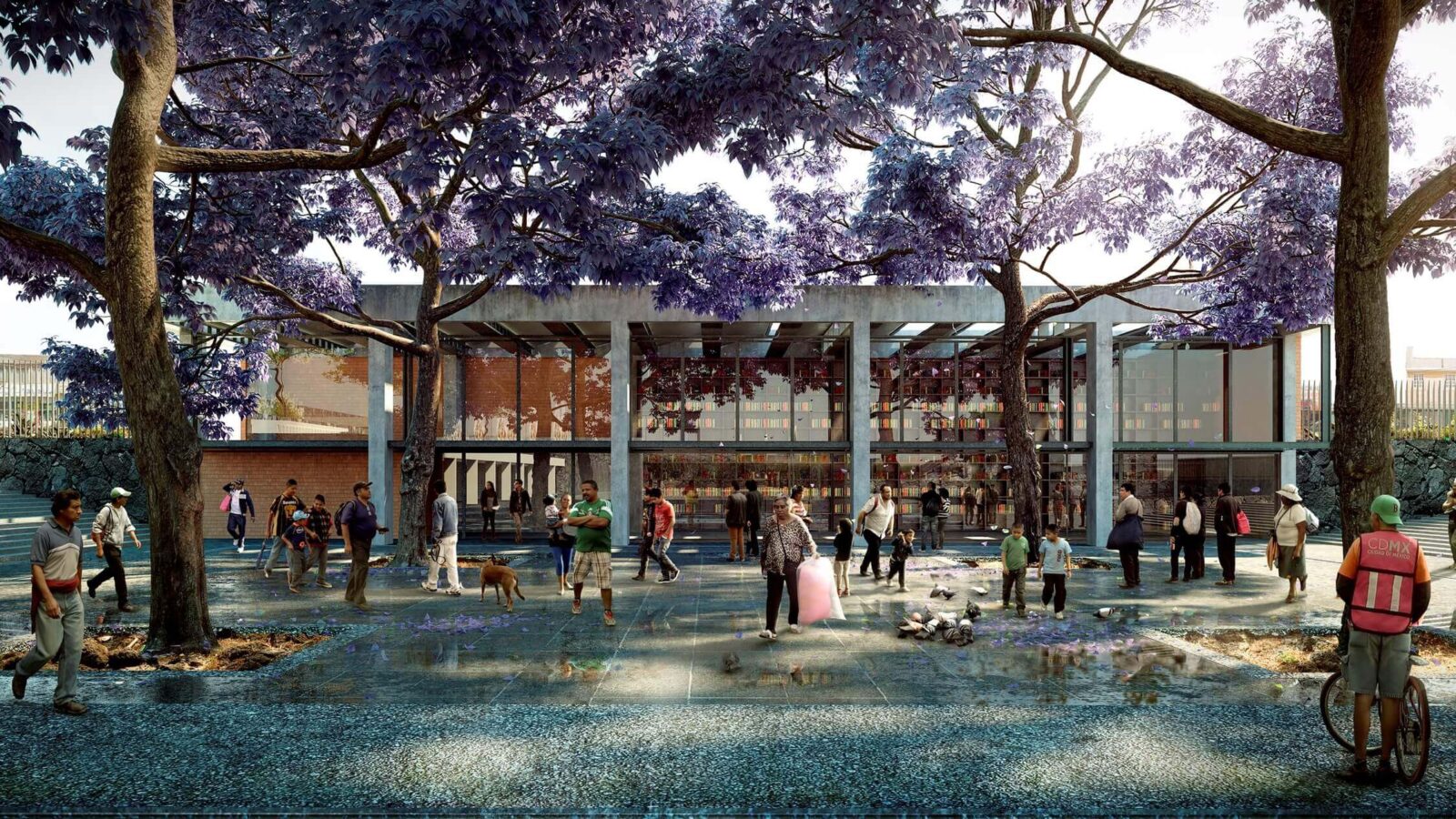 Sustainability is social. That’s the lesson of an incisive new project in Mexico City, where a new paradigm in water management has sparked the creation of a vital and flexible network of public spaces. Playfully dubbed “Hydropuncture,” the new Parque Hídrico Quebradora diverts rainwater from its hilly surroundings to prevent flooding. In this way, it both celebrates and protects its dense urban surroundings.

The park, still under construction, is already transforming a vacant, fenced-off lot into a vital community hub. Serving an area that simultaneously faces flood risk and water shortages, the park’s filtered runoff will serve a new system of public toilets. This will provide an acute benefit to the area’s dense population, where access to water is often interrupted.

In terms of its landscape vision, Parque Hídrico Quebradora does something even more interesting: it reintroduces water to the physical and cultural landscape – which is central to reshaping an overlooked scrap of urban land into a public space. 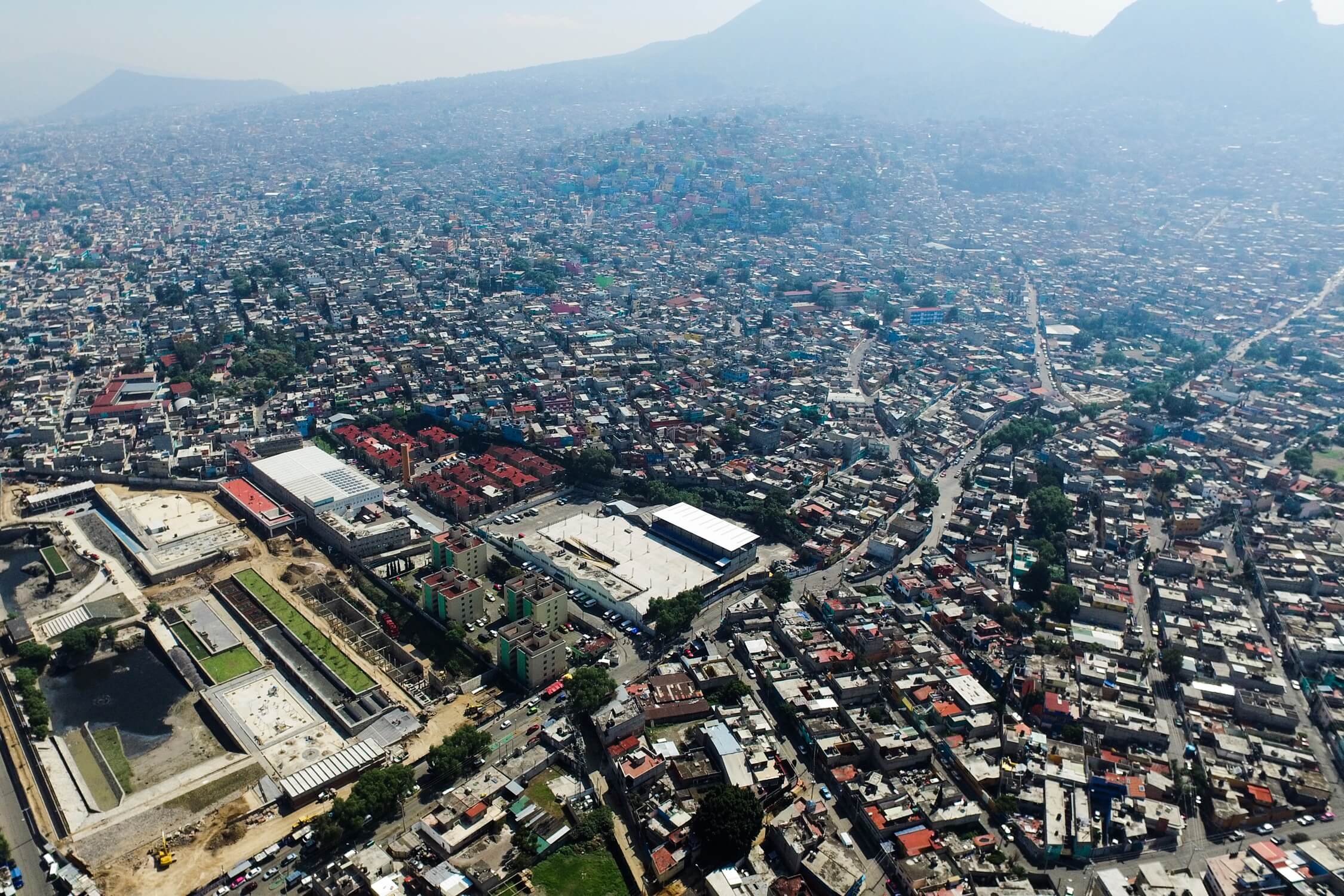 Architect Loreta Castro of Taller Capital and researcher Manuel Perló from the National Autonomous University of Mexico have imbued their flood-mitigation project with cutting-edge water management practices. They’ve also envisioned it as a way to revive the regional landscape architecture vernacular.

Expected to filter some 68,000 cubic metres of runoff annually, Parque Hídrico Quebradora responds to the natural topography of the site, reintroducing a cascade of soft, water-retentive surfaces into a concrete-heavy urban context. It draws on the Mesoamerican tradition of using terraced, sloping landscaping to channel water, and thereby draw runoff to its base. Here, the introduction of native plantings amplifies the scale of water retention, while passively filtering runoff and rainwater.

The project was the Gold winner at the Global LafargeHolcim Awards for Sustainable Construction in 2018. The 6th cycle of the awards program is now accepting entries. 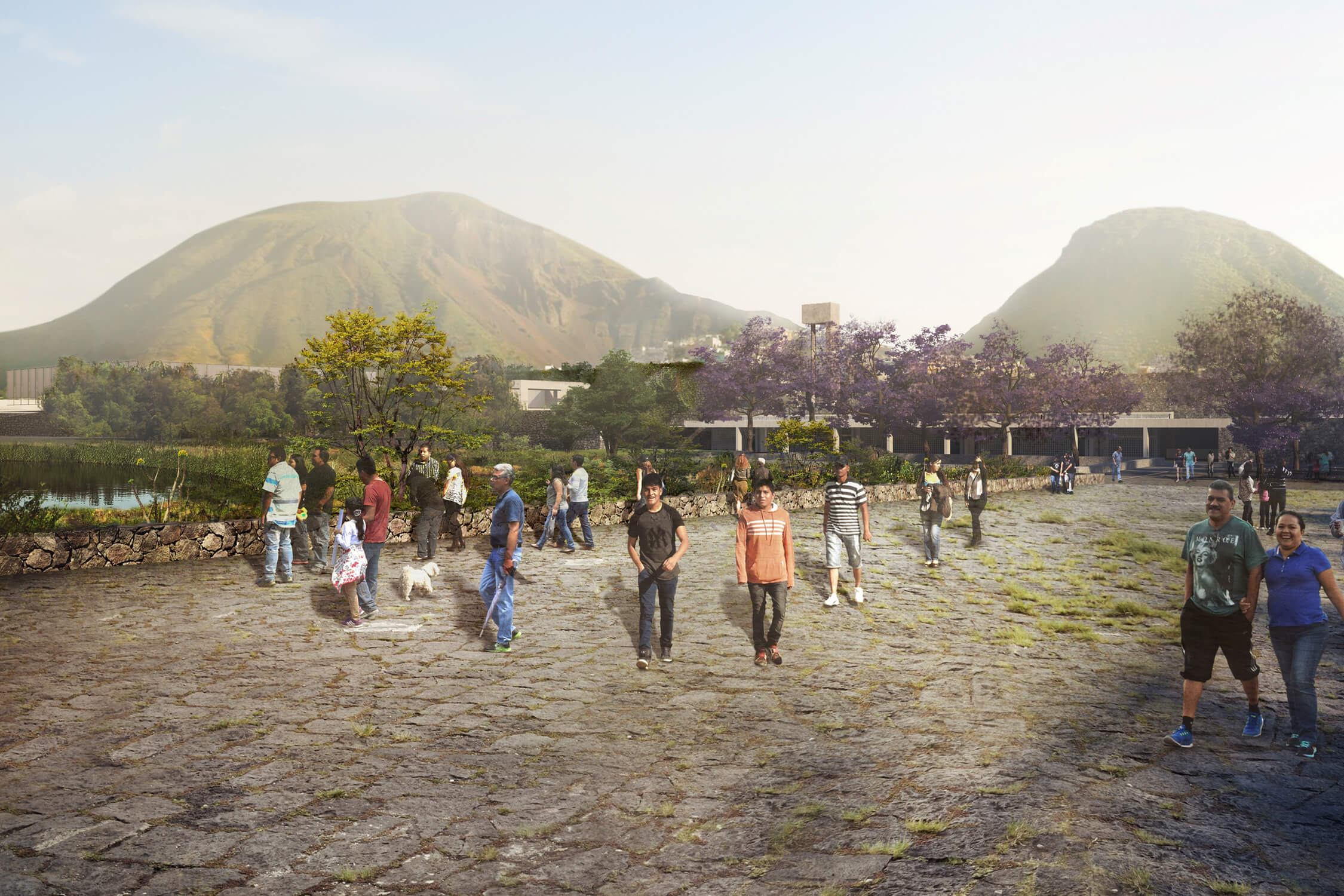 The contextually attuned design is elevated by its diverse and ambitious social program, which embraces the greenscaped wetlands in a string of public spaces. Gradually moving from soft landsaping to hard paving, the upper levels deftly transition from park to public plaza. 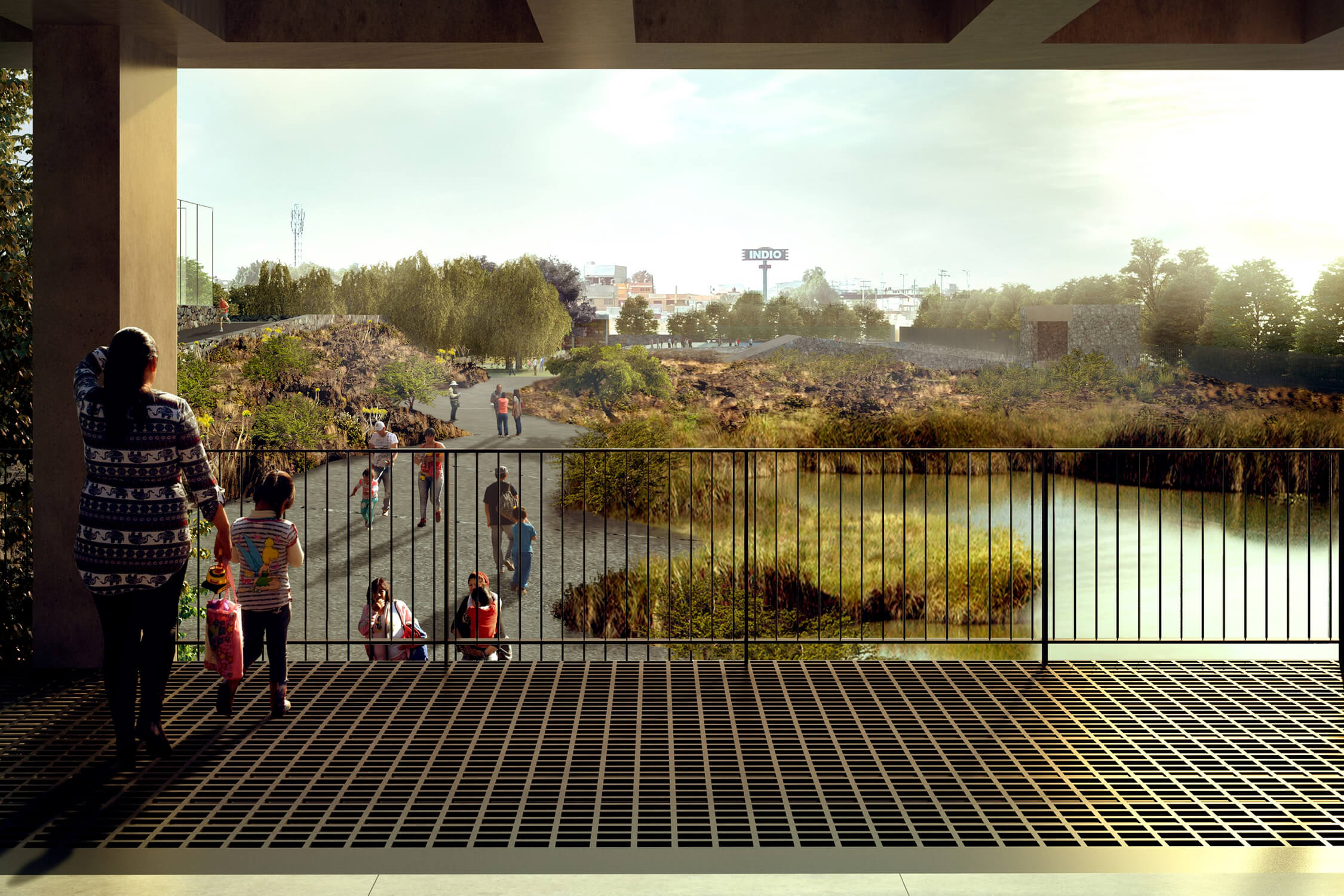 Moving towards the street level, a series of intimate courtyards and pathways give way to larger communal plazas, recreational spaces – including outdoor sports facilities – and public buildings. Opening out to public spaces, a museum and library will eventually frame the park, elevating its presence in the community with fittingly democratic institutions. 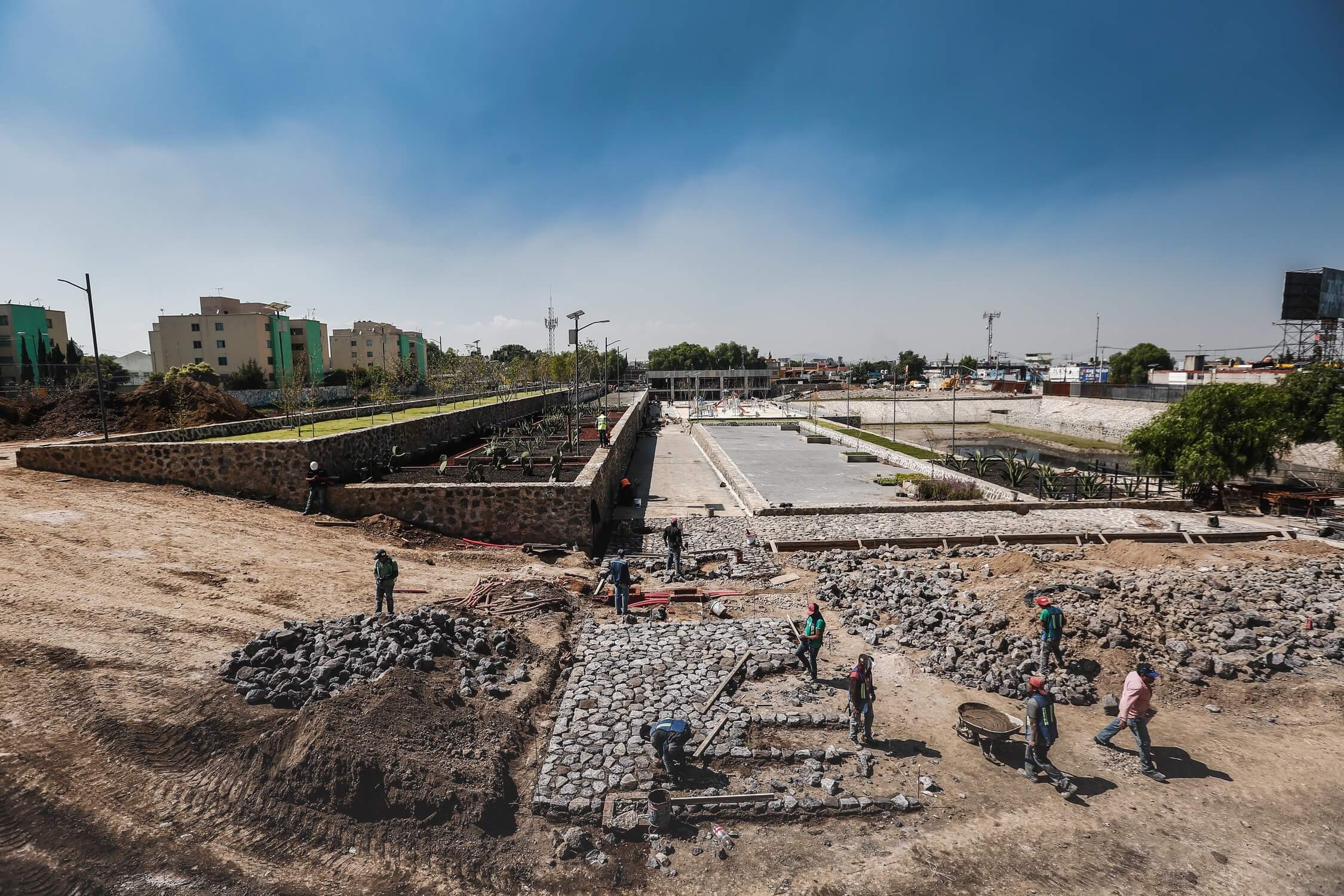 A view of construction site. Photo by Rizoma.

Parque Hídrico Quebradora won a Gold Medal at the 2018 LafargeHolcim Awards for Sustainable Construction for its embrace of sustainability as both an infrastructural and a social good. By relying on passive, natural water mitigation techniques, and low-tech landscaping vernacular, the design substantially reduces the park’s maintenance and construction costs, ensuring its long-term function while quietly unearthing a cultural heritage beneath the surface of the modern city.