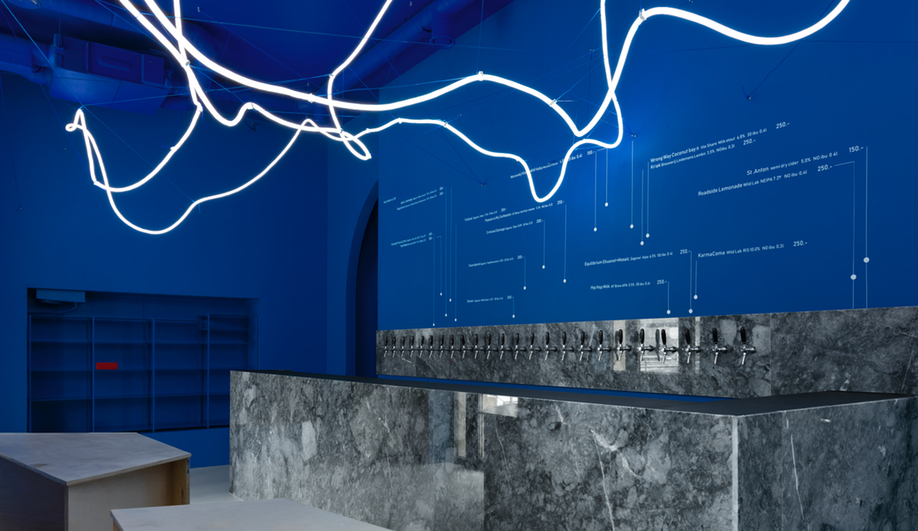 The popularity of buying locally made products is growing in cities around the world and it seems like there is no better way to cash in on the concept than with beer. Towns big and small seem to have a slew of local craft breweries offering up an array of IPAs, stouts, and all suds in between, all wrapped in trendy graphics to appeal to resident hipsters.

Though beer might not be a beverage as ubiquitous to Russia as is to Canada, or even the U.S, the craft beer craze has no less traction in Moscow. When one of the city’s most popular brewers, Zagovor, set out to reimagine its taproom-meets-retail space in the city’s Sokol District, they turned to local interiors studio Monoloko Design. 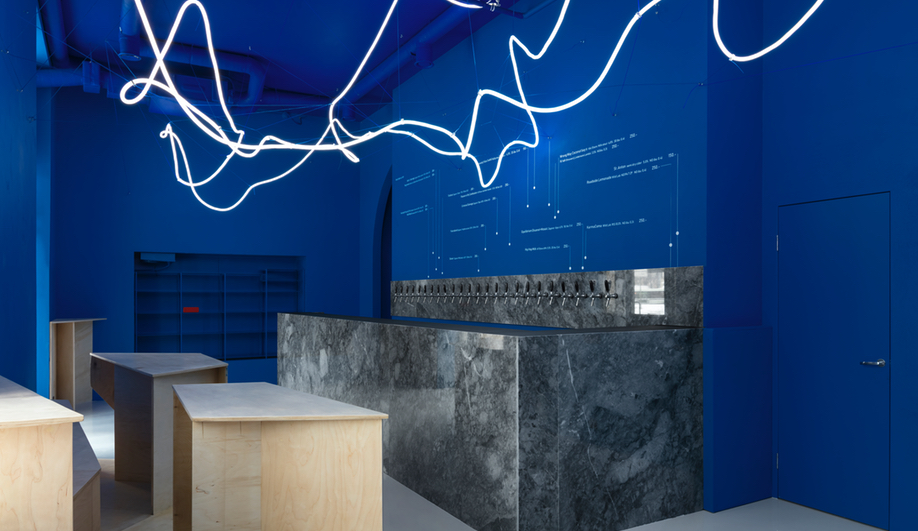 Located in a neoclassic building, the 75-square metre Galaxy Bar and Bottle Shop interior also gets in on the “look local” trend, taking its inspiration from Russian Cosmism and the country’s Suprematism art movement. Though both movements are rooted in the early 20th century, the space is decidedly contemporary. Clean and minimal, the walls are monochrome, Yves Klein-esque blue, with a sharply geometric grey marble-wrapped block serving as the bar.

“The idea was to create a pure, bright monochrome space that facilitates a release of the mind and the expansion of human perceptions, as if walking onto a non-objective art canvas,” explains lead architect Maxim Kashin. “Colour has great influence over human perception and has an extraordinary ability to influence moods and emotions.” 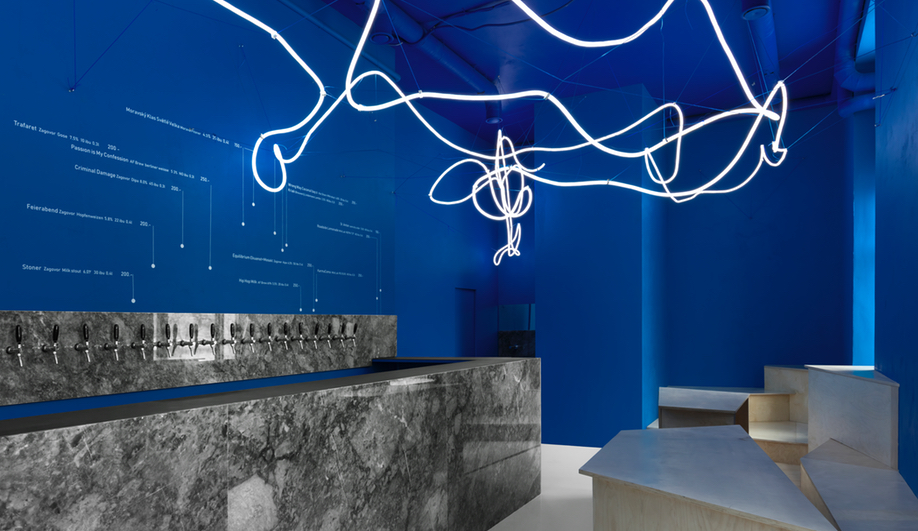 Behind the bar, another slab of the grey marble serves as a back splash for a row of 24 beer taps. On the blue wall above, the day’s offerings are reflected on the wall, with a graphic treatment that displays the menu as a galaxy of whimsical beer names from a variety of local craft brands.

Opposite the bar, a series of plywood monoliths offer additional places to lean or perch with a brew, while the back wall holds a glass-fronted fridge full of take-home beverages. The empty blue wall above the fridge provides a space for the bar to project sports events, like soccer. But admittedly this takes away from the room’s crowning feature: the custom light sculpture that runs amok on the ceiling. 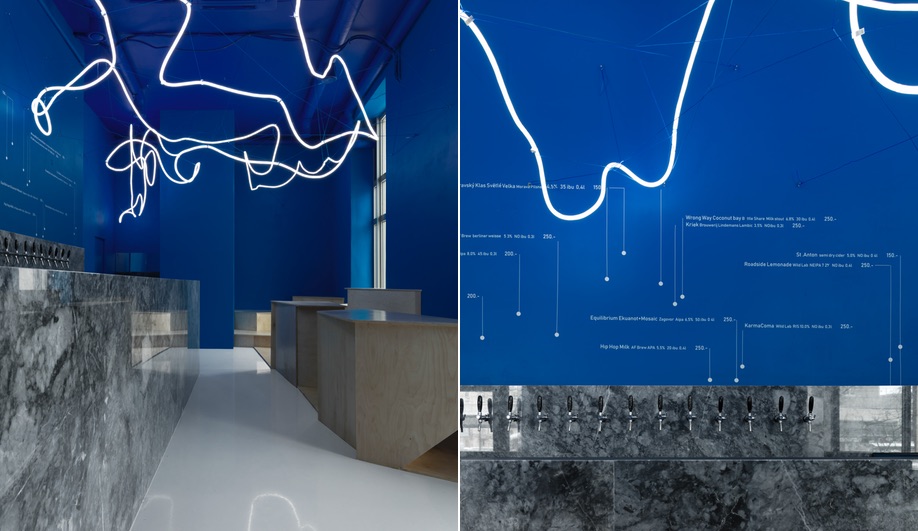 Formed from a flexible neon light that is encased in a stark white polyurethane shell, the bespoke light system winds the length and width of the room, dipping, looping and tangling around itself in a freeform composition that is in stark contrast to the minimalism of the rest of the space. Monoloko say they aimed to make Galaxy a space that fosters a sense of freedom and imaginations. Mission accomplished. 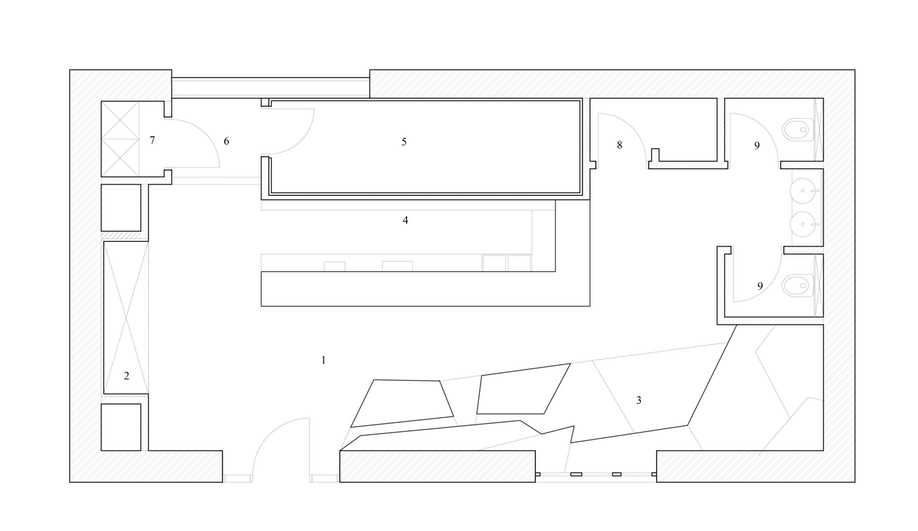