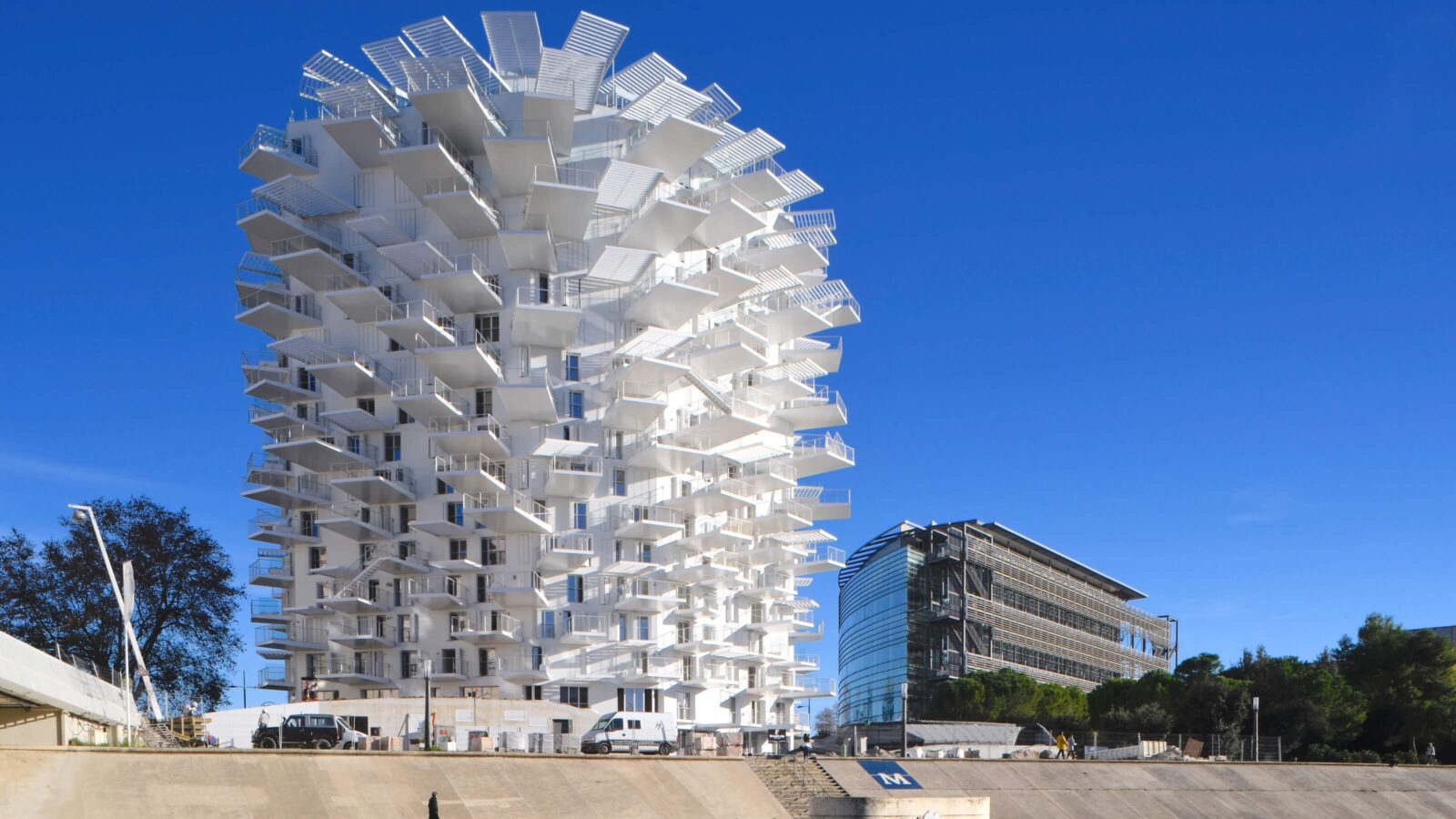 The new tower on the bank of the Lez River is unmistakable. Alongside Montpellier’s modest waterfront skyline of apartments and institutional buildings, its staggered balconies reach out from the white façade with a kinetic drama that belies its quiet surroundings. This is L’Arbre Blanc.

Designed by Japan’s Sou Fujimoto Architects with France’s OXO architectes, as well as Dimitri Roussel and Nicolas Laisné, the 17-storey mixed-use building is now in the closing stages of construction east of the French city’s historic centre. 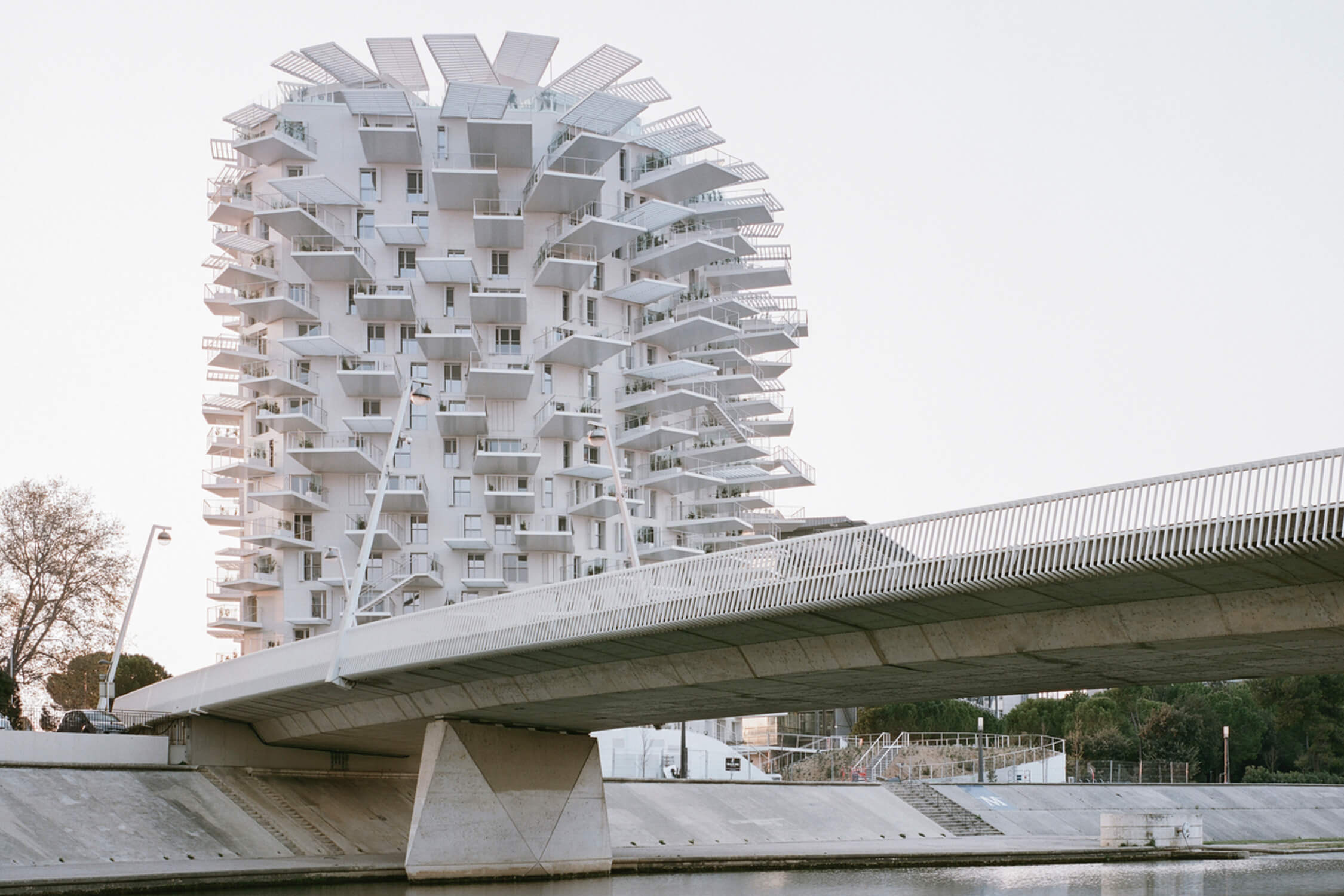 L’Arbre Blanc was sparked by an architectural competition that called for an iconic new “beacon.” Initiated in 2013, the “Folie Richter” competition demanded an aesthetically bold yet contextually sensitive design combining retail, residences and public space. 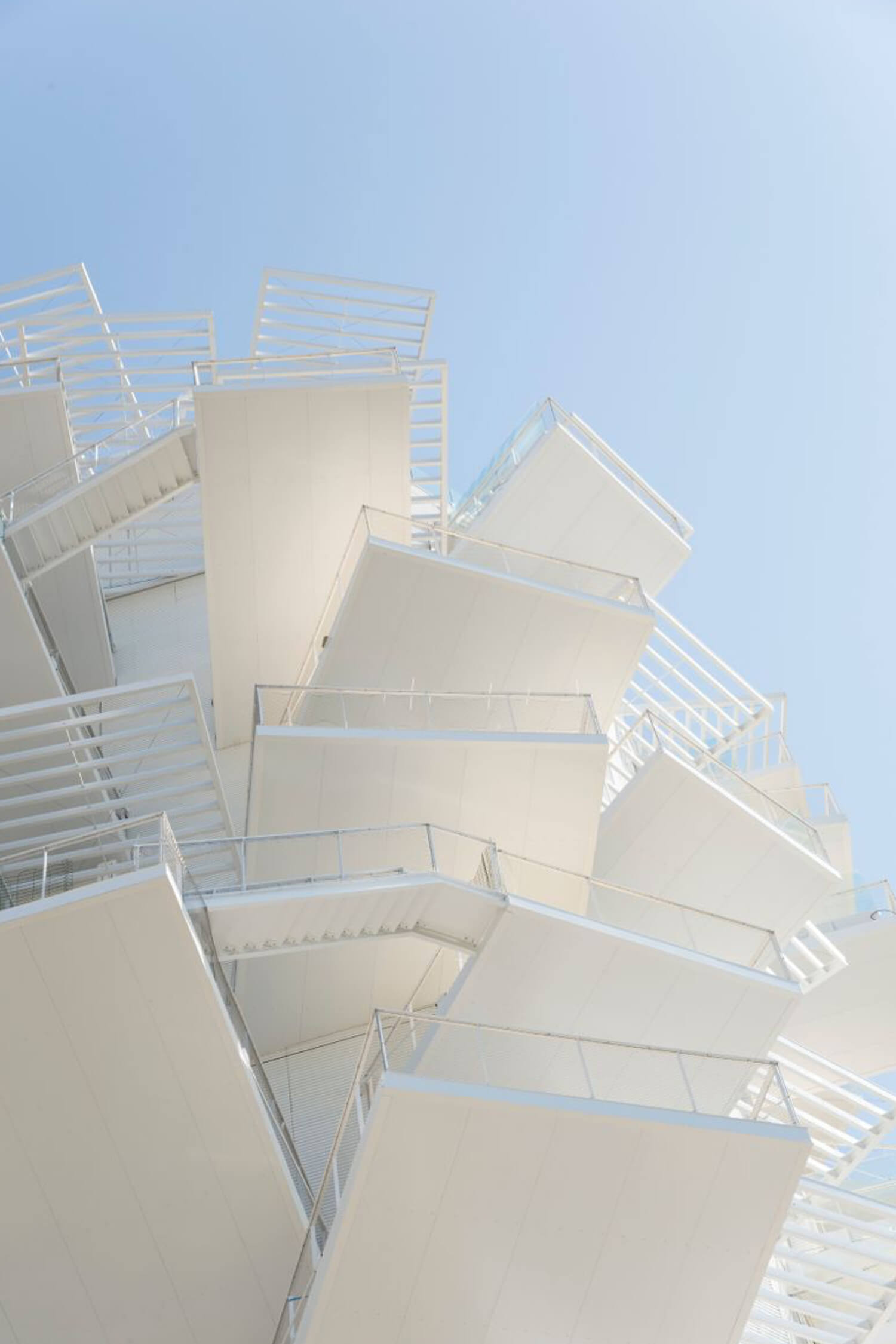 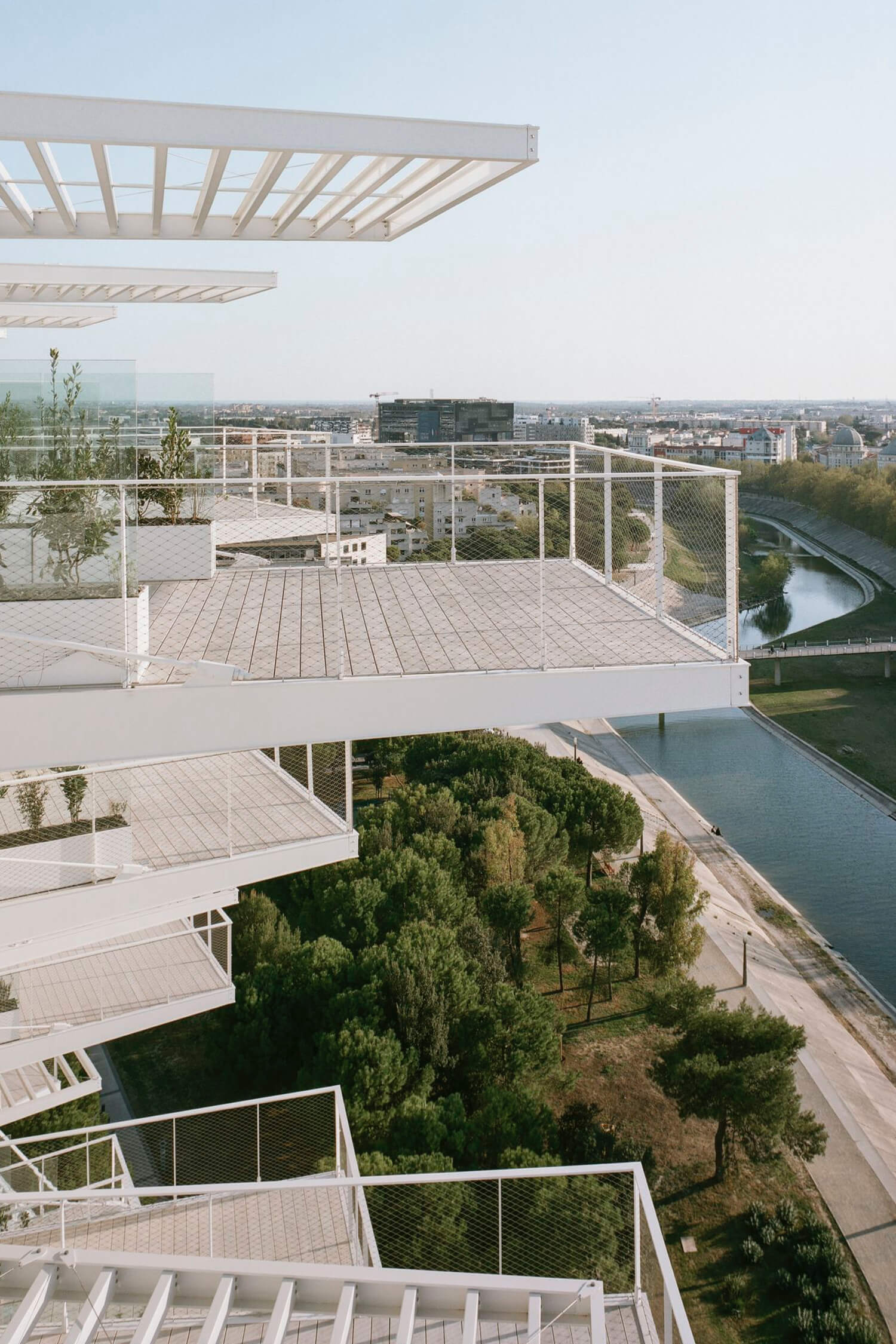 In Montpellier, the weather is almost always good. (This is, after all, the south of France). With an average of 300 sunny – and mostly warm – days per year, outdoor life is an important part of local culture. This simple reality was the starting point for the design.

“An understanding of the site and people’s lifestyles in Montpellier guided this project,” says Sou Fujimoto, celebrating the prominent outdoor space afforded to each of the tower’s 113 homes. “The large number of balconies and pergolas really do promote outdoor living and enable a new type of relationship between residents. They provide shade which comes and goes throughout the day.”

Inspired by the branches of a tree – from which the project draws its name – the cantilevered balconies and pergolas extend to up to 7.5 metres from the edge of the building. The careful resolution of outdoor living spaces and brise soleils also balances shade and direct light for each home, while quietly enlivening the simplicity of the façade with a play of light and shadow throughout the day. Here, the white façade becomes an elegantly subdued canvas for the energy of the cantilevered balconies and their shadows. 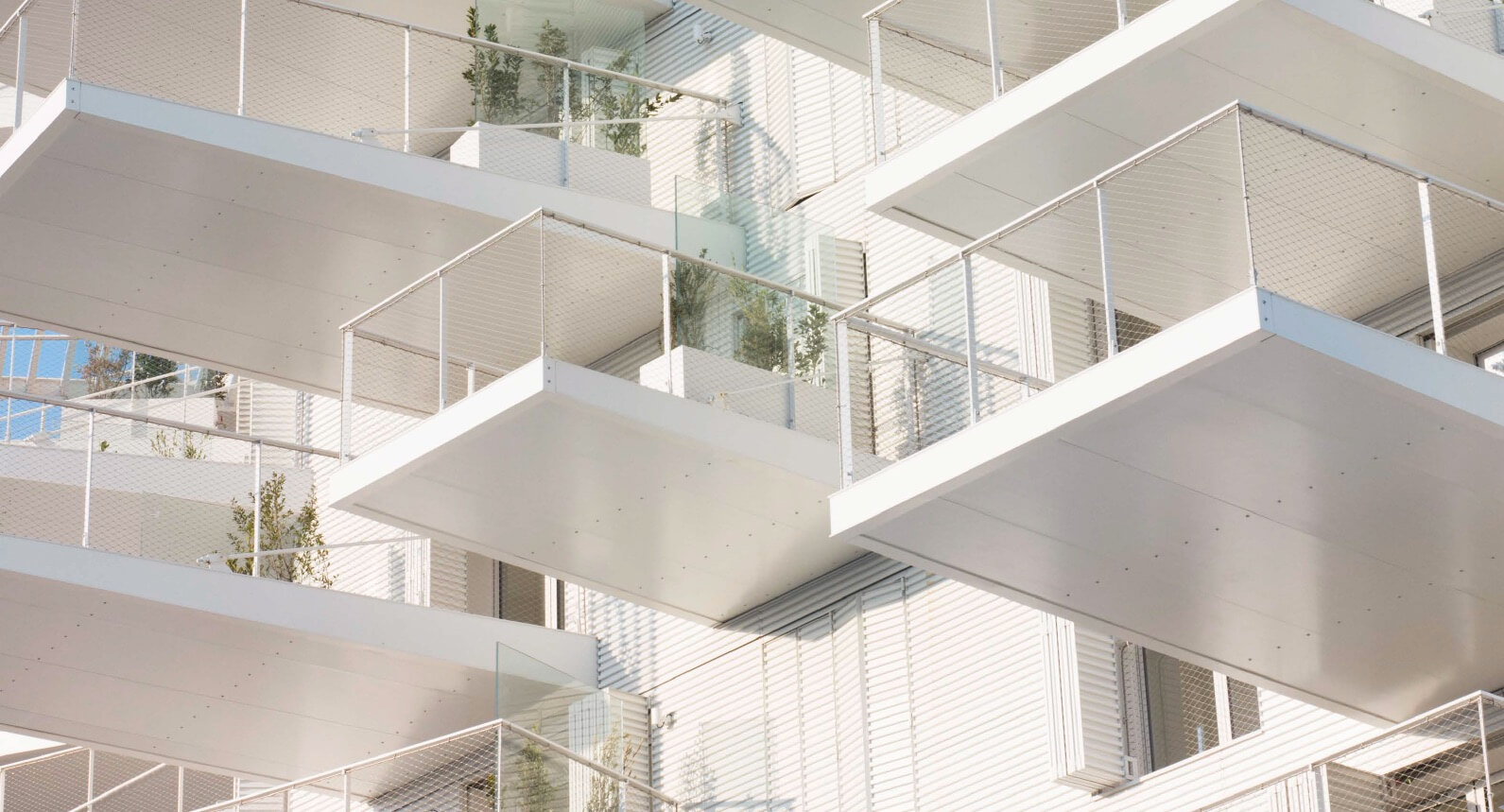 At street level, the irregular footprint fosters a greater sense of permeability and openness compared to a rectilinear slab. Though seemingly esoteric, the shape of the building also facilitates the expansion of a public green space along the river. The public space is extended into the ground floor of the building itself, which hosts an art gallery and restaurant. On the rooftop, meanwhile, a panorama bar lets visitors share in the views. 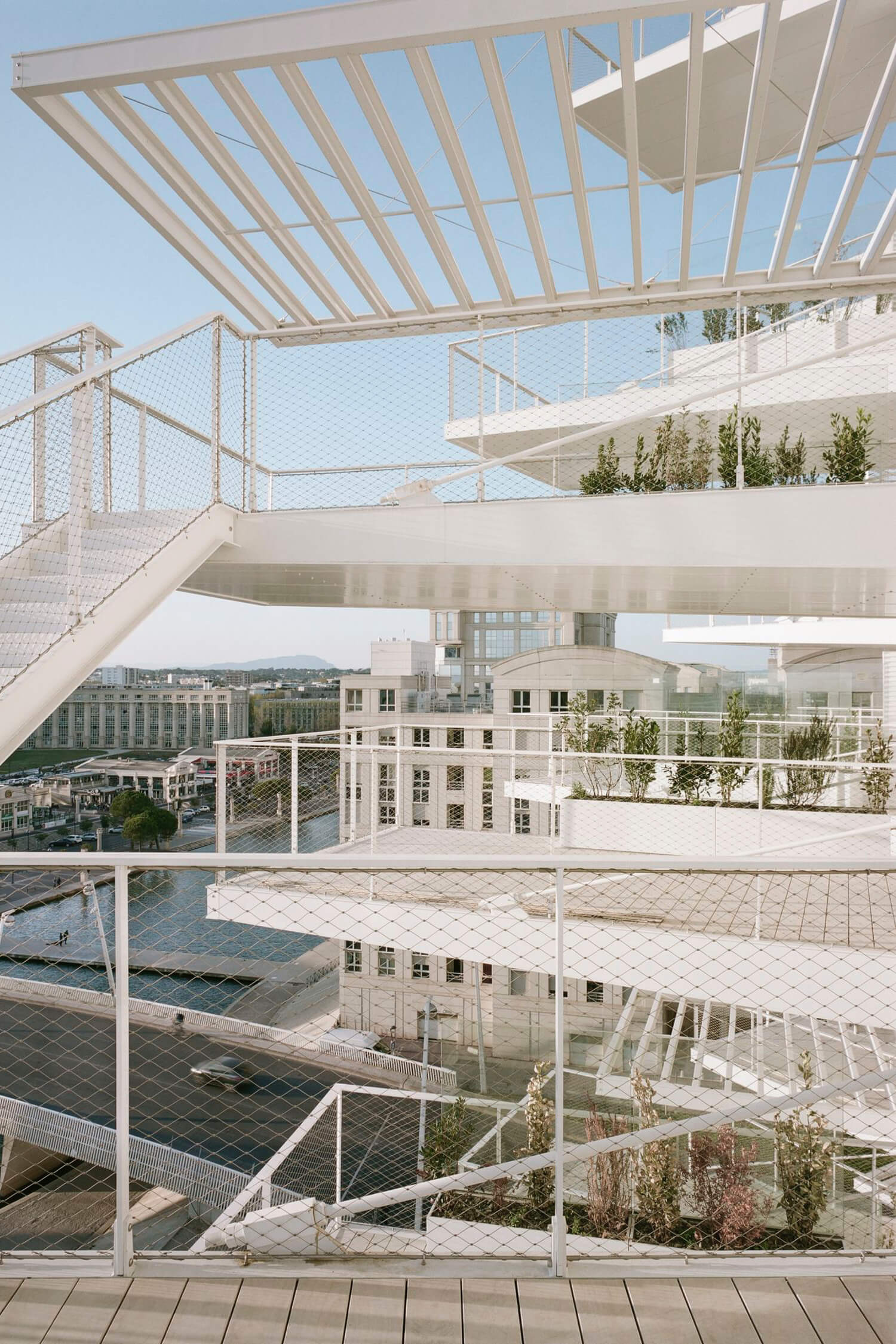 At L’Arbre Blanc, the weight and body of a mid-century slab tower is met by a highly articulated face. Expressing the presence of each dwelling, the design attempts to translate a legible, human-scaled environment across a high-rise context.