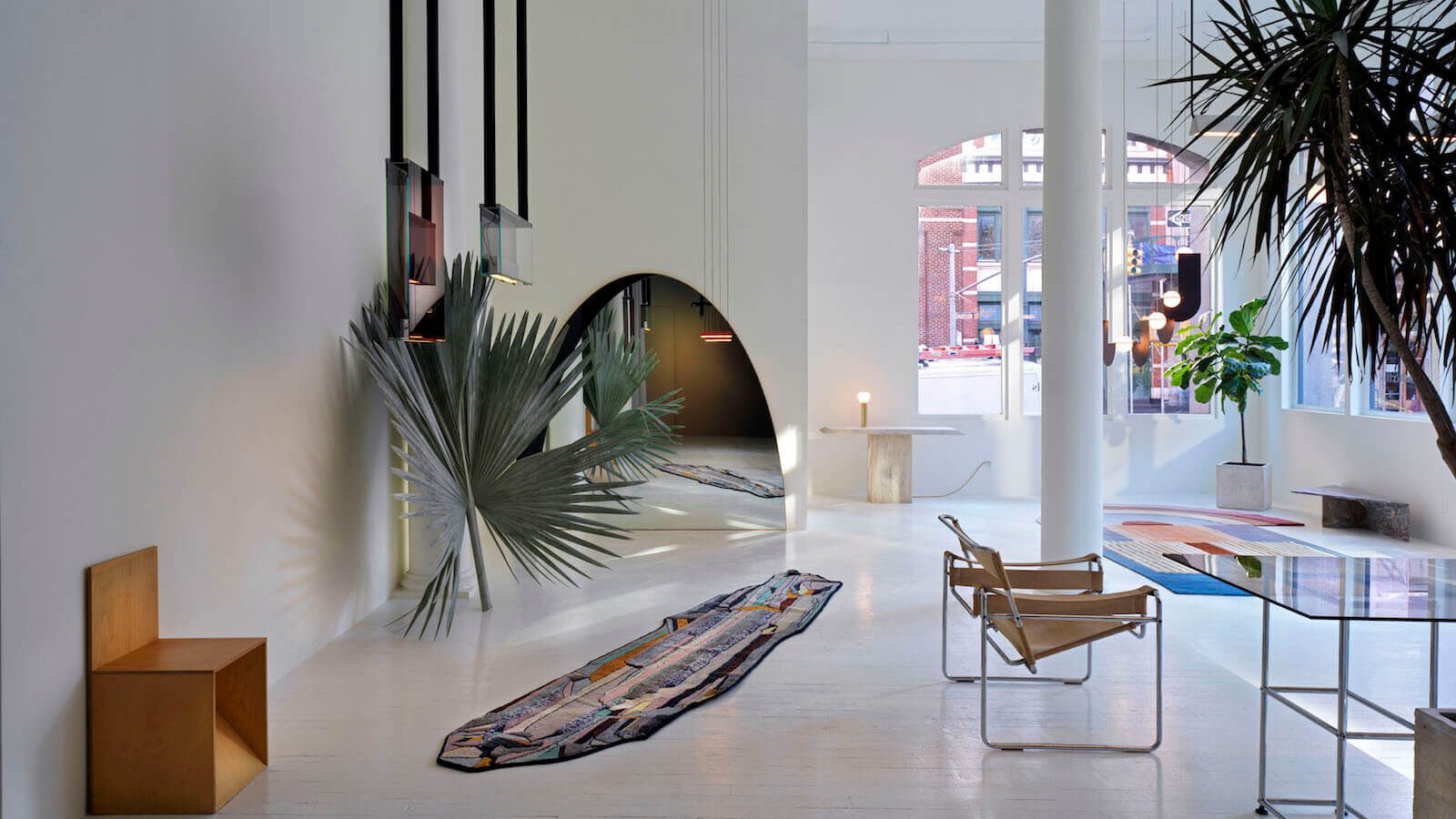 The Montreal lighting brand celebrates its 10th anniversary by launching a retail venture in Tribeca.

In just a decade, the Canadian company Lambert & Fils has made a name for itself at home and abroad with its modern yet warm light fixtures. The brand has also become known for creating experiential spaces where its products shine brightly. Its Montreal showroom, for instance, resembles a minimalist art gallery that resides adjacent to its offices and factory space. And two years ago, it set up the Caffé Populaire pop-up during Milan Design Week, taking over a former panettone factory and turning it into a gathering place. Featured there were many Lambert & Fils products, including the Sainte lights, which translate the poetry of stained glass into a series of vividly hued pendants. (In 2020, the space, by DWA Design Group, won an AZ Award and the lighting, designed in collaboration with Rachel Bussin, an AZ Award of Merit.) 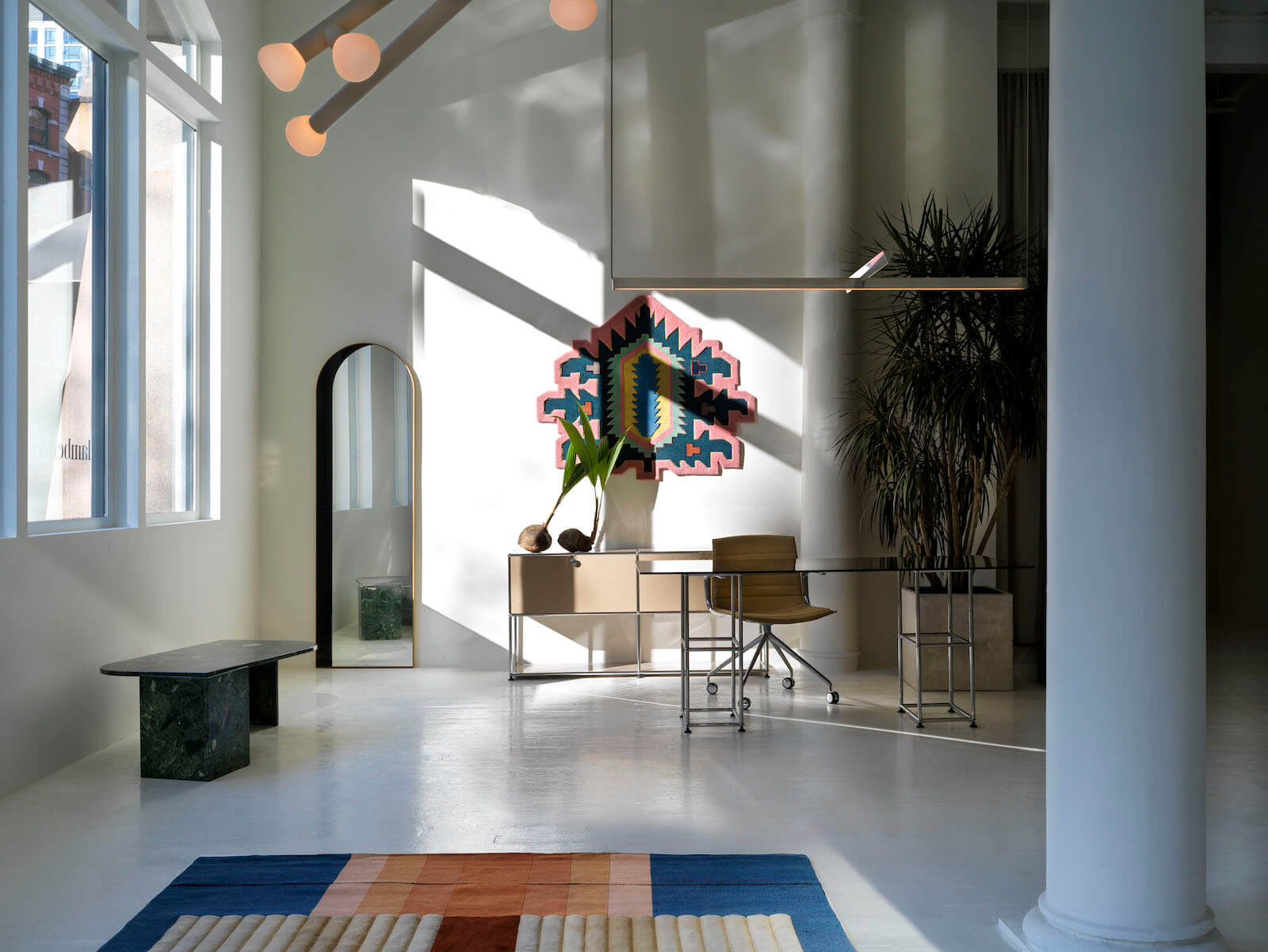 In New York, that same artistic Sainte Collection along with the brand’s other signature series – reworked into custom creations under the Atelier label – are the focal point of the brand’s first exclusive showroom (Lambert & Fils also has a presence in a shared showroom in the city with Montauk Sofa, another prominent Montreal brand). “We really wanted a space of our own to be able to host events in and to generally push the envelope,” explains founder Samuel Lambert. Called Hudson and Duane, the retail space is situated on the 140-square-metre ground floor of the historic Schepp Building, a 19th-century neo-Greco and Romanesque Revival red-brick structure overlooking Tribeca. 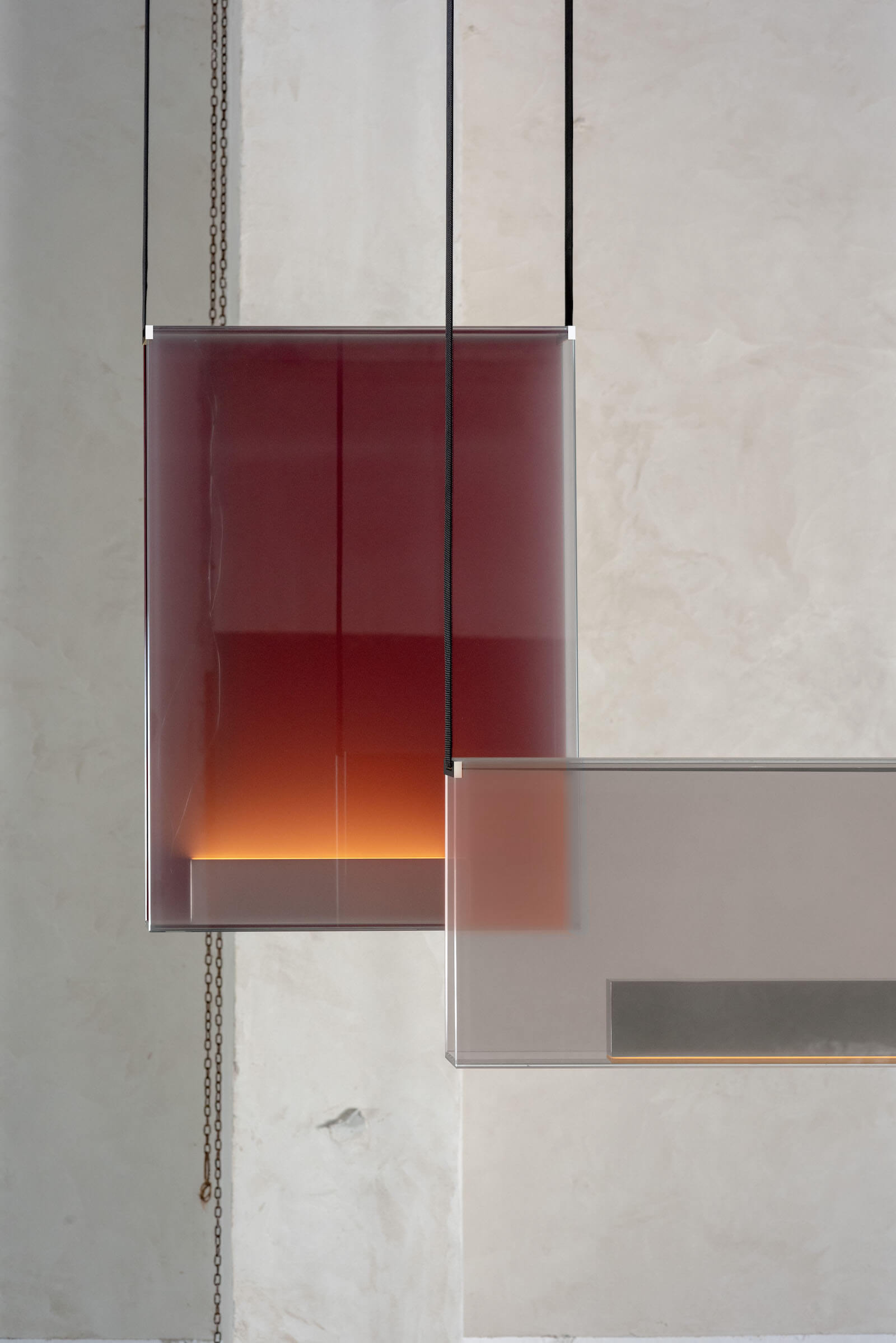 Because of the pandemic, Lambert turned to Brooklyn-based interdisciplinary architecture studio re-a.d to fulfill his vision of restoring the historic space and relaunching it as a luminous white box that showcases its unique architectural features.

While Lambert & Fils’s collections play starring roles, the space is filled out with furnishings and accessories by brands that Lambert admires. “The pieces that are curated at Hudson and Duane are physical reflections of friendships we’ve made in our travels, along with a few vintage pieces,” says Lambert. These include rugs by CC Tapis, Calico wallpaper and Bower furniture, which are meant solely to furnish the space and are not for sale. “In short, they are all companies that we feel a kinship with and wanted to celebrate their work.” 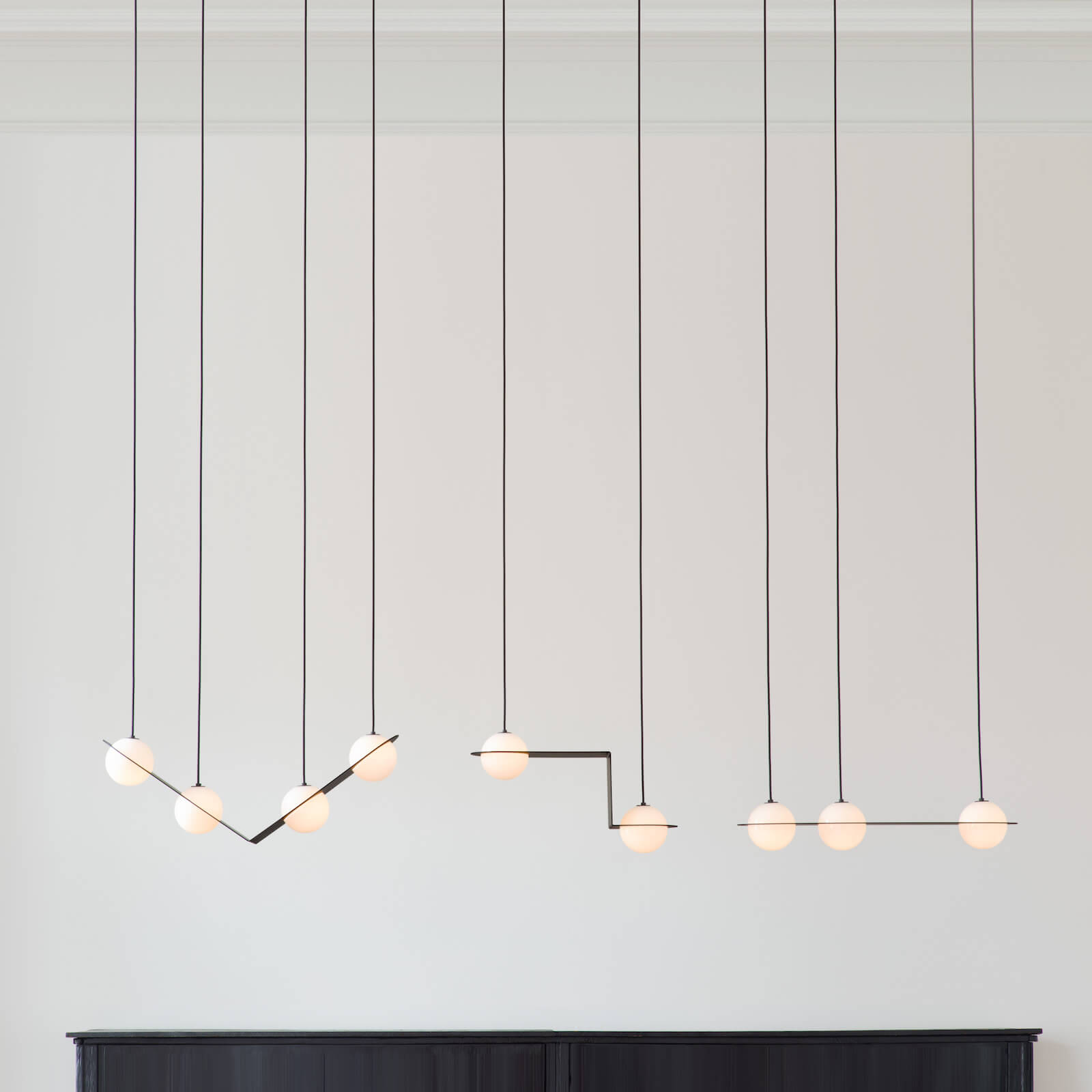 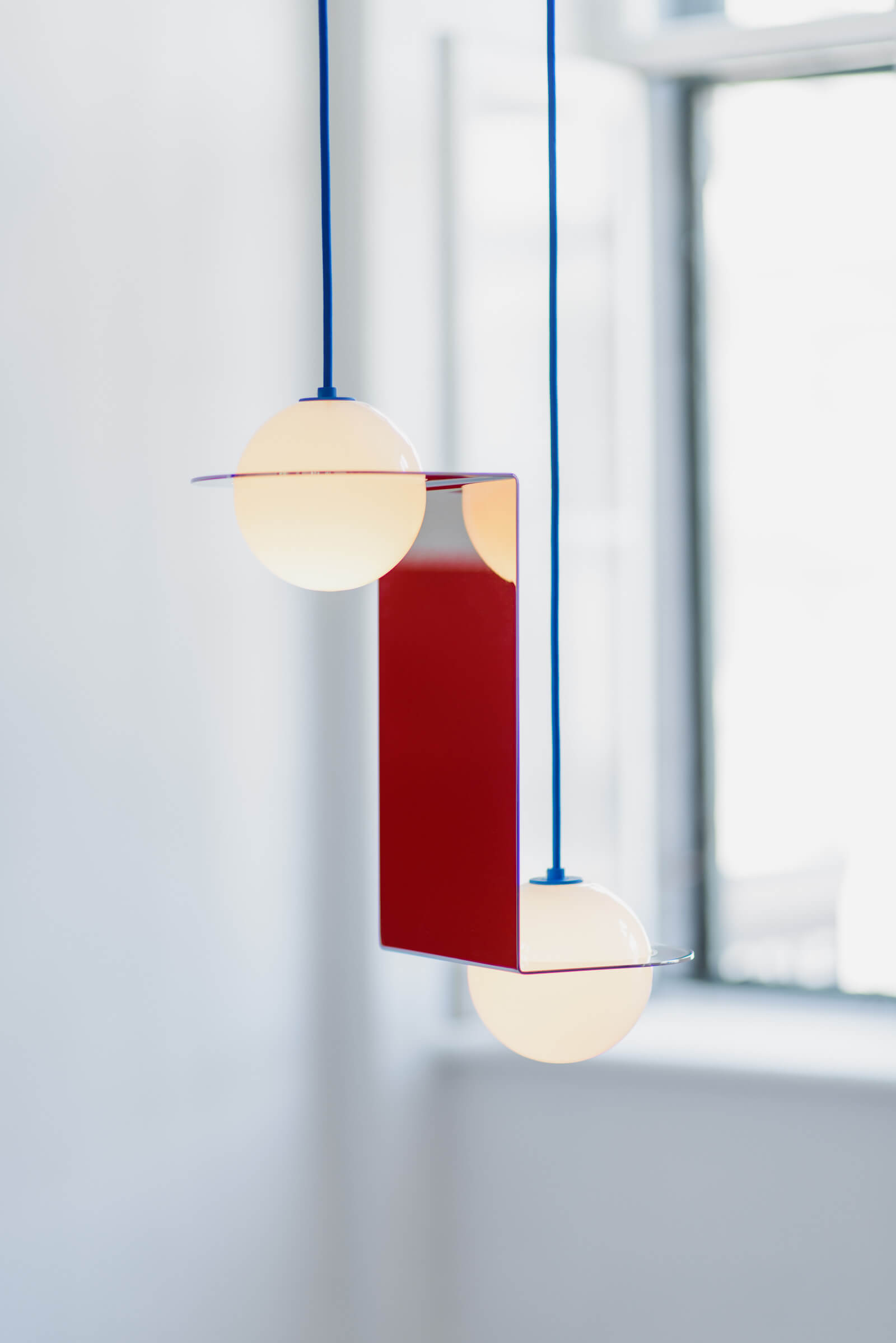 The showroom’s opening is a major coup for the brand and for Lambert himself, who started out a decade ago working alone –restoring and creating lamps from antique parts – and now runs a 1,858-square-metre Montreal shop with 50 employees. Today, his clients include Google, the Four Seasons and the Grande Bibliothèque de Montréal. The new showroom marks the company’s 10th anniversary in a bold way. 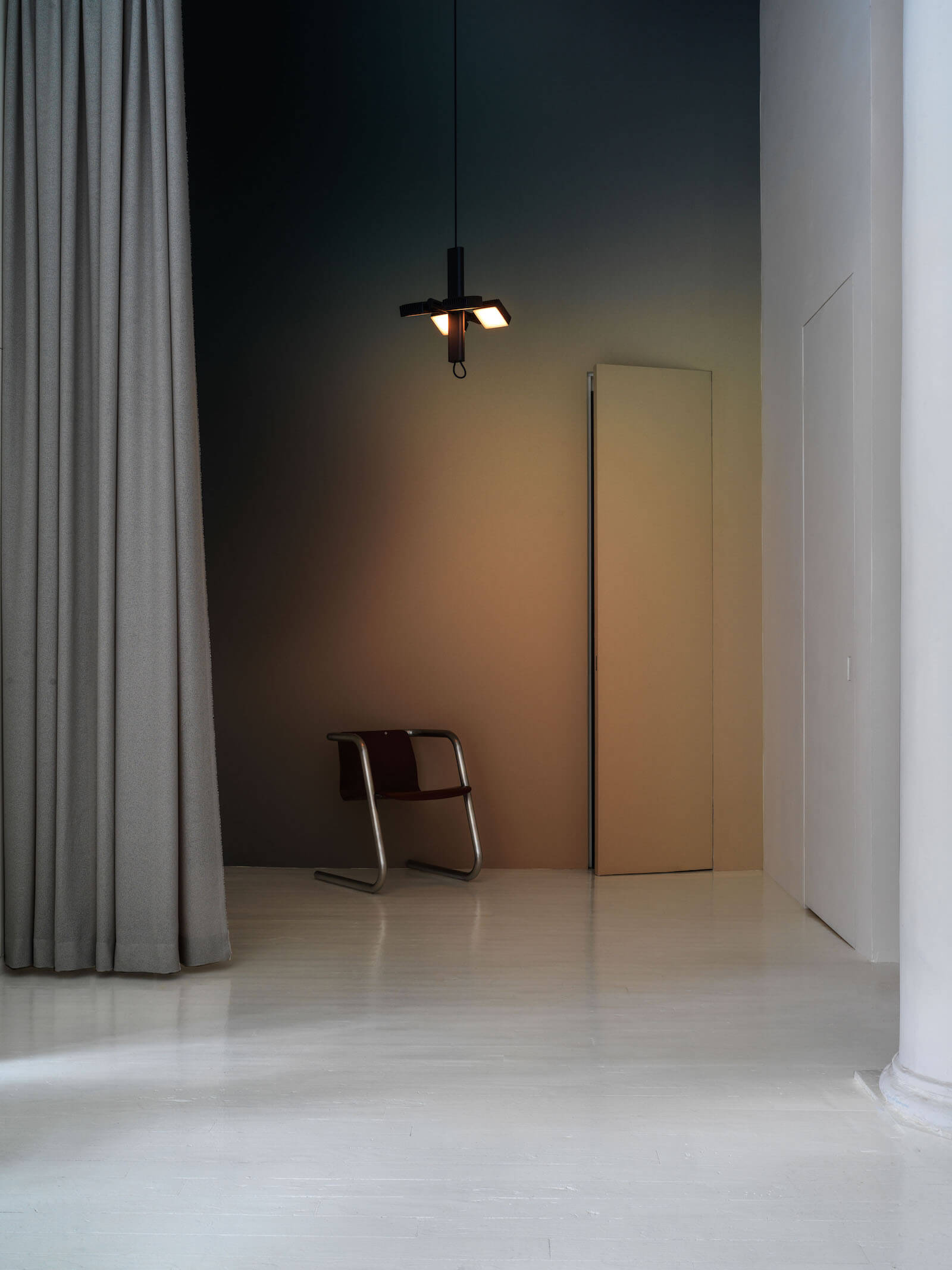 Yet opening a retail space during COVID is a huge undertaking. Lambert had signed the lease for the storefront on the eve of the COVID lockdown – before anyone understood what was about to happen – and was determined to see it though, despite how surreal the experience has been. “The idea for the showroom was one of exploration and experimentation, almost as a window onto the brand,” he says. “So we were confident that the concept for the showroom could be pulled off regardless.”

The Montreal lighting brand celebrates its 10th anniversary by launching a retail venture in Tribeca.