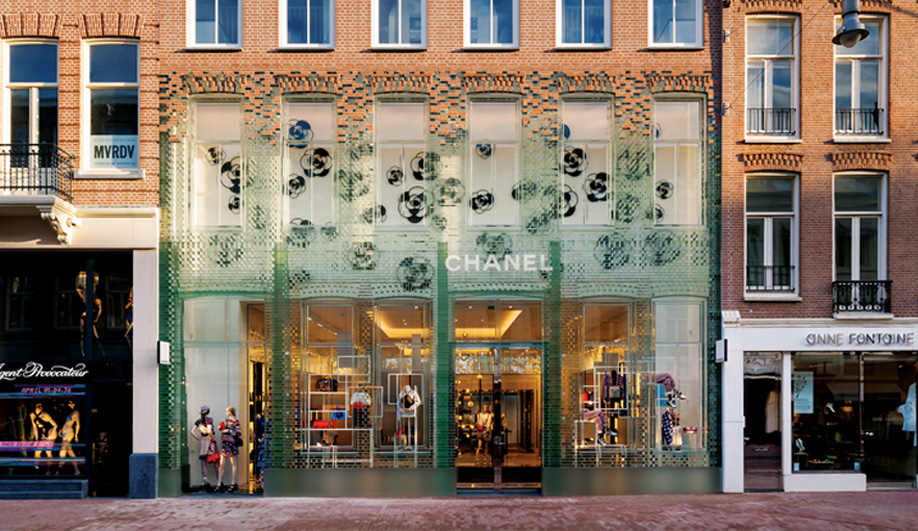 Along P.C. Hoofstraat, an upscale street in Amsterdam that’s lined with such labels as Gucci, Hermès and Tiffany & Co., there’s one storefront that stands out: the new Chanel boutique’s facade is inspired not by the luxury brand, but by the street’s blue-collar roots.

“Long ago, this was a typical workers’ street, and we thought it was a shame that it was losing its character,” says Gijs Rikken of Rotterdam firm MVRDV. “We wondered how we could retain some of that, but add to it as well.” The solution is a simple brick facade that mimics the traditional workers’ row houses that previously stood on the site. But with the lower storeys realized in bricks cast in glass, the result is something totally unique.

Glass has become a leitmotif for MVRDV, which has reimagined farmhouses, libraries and kitchens in the medium. For the building known as Crystal Houses, the material became the roughly 7,000 stronger-than-concrete blocks that form the building’s walls, window frames and doorways. 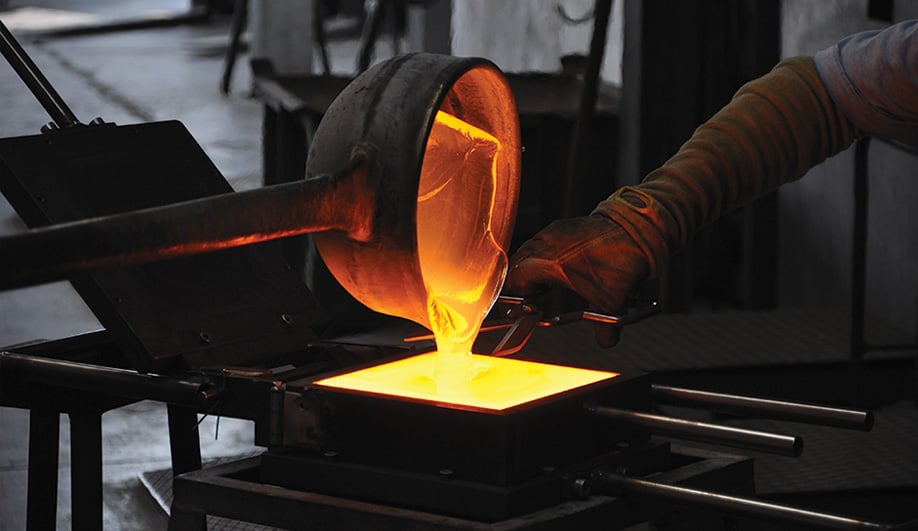 Each of the facade’s roughly 7,000 glass bricks was hand-cast by Poesia of Italy, with a toleranceof one quarter of a millimetre.

The bricks were developed in partnership with Italian glassmakers Poesia through a lengthy process of trial and error. “Glass is a very dynamic material,” Rikken says. “It shrinks as it cools. It can dip, it can crack. They ended up having to transfer the bricks from oven to oven to cool at the right pace.”

Matching the challenge of making the bricks was that of finding an equally transparent adhesive. The perfect cement turned out to be one used in dental work, which was cured using a UV light. “The glue is almost water-thin. The thickness of regular mortar allows for some imperfections, but we couldn’t have any,” explains Rikken. “Each brick had to be right on par, within a quarter of a millimetre.” 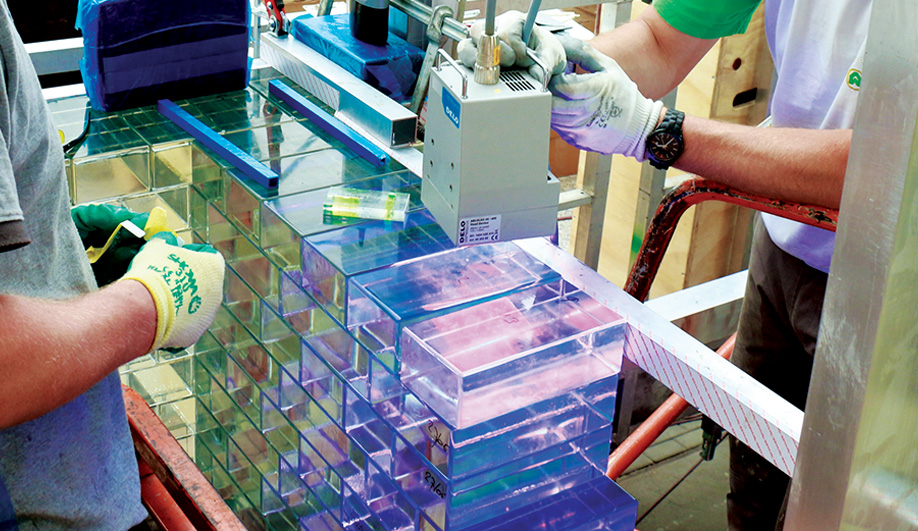 The wall was assembled, slowly and scientifically, behind the safety of a tent built to prevent dust or debris from settling into the adhesive and ruining the perfect transparency. “It was a bit of a surprise to see it in the light when the curtain finally came down after 10 months,” says Rikken. “It sparkles in the sun. And in the clouds, it’s a bit green, like ice. It’s been fun to sit across the street and watch people react. They want to reach out and touch it, to see if it’s real.”